Naples is in the eastern section of the Ashley Valley on US-40, two miles southeast of Vernal. The settlement was named for the prominent city in Italy. It also had earlier names (not in chronological order) such as Merrill for Porter William Merrill, a local church official; Riverdale, because it was located on the Green River; and Frogtown, because of the large number of frogs in the vicinity. Bishop P. W. Merrill suggested that the name be changed from Merrill to Naples. 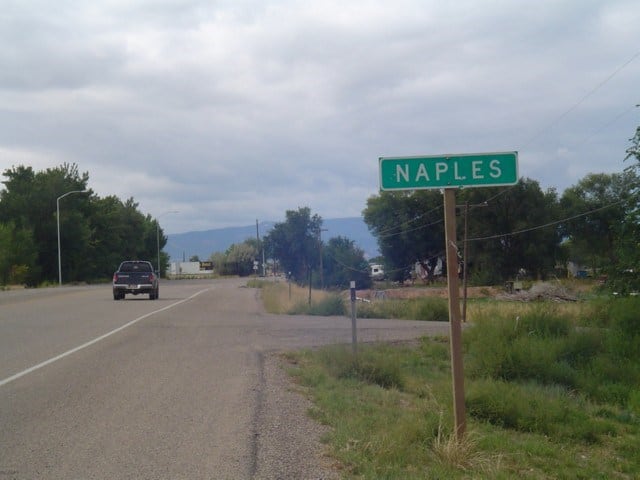