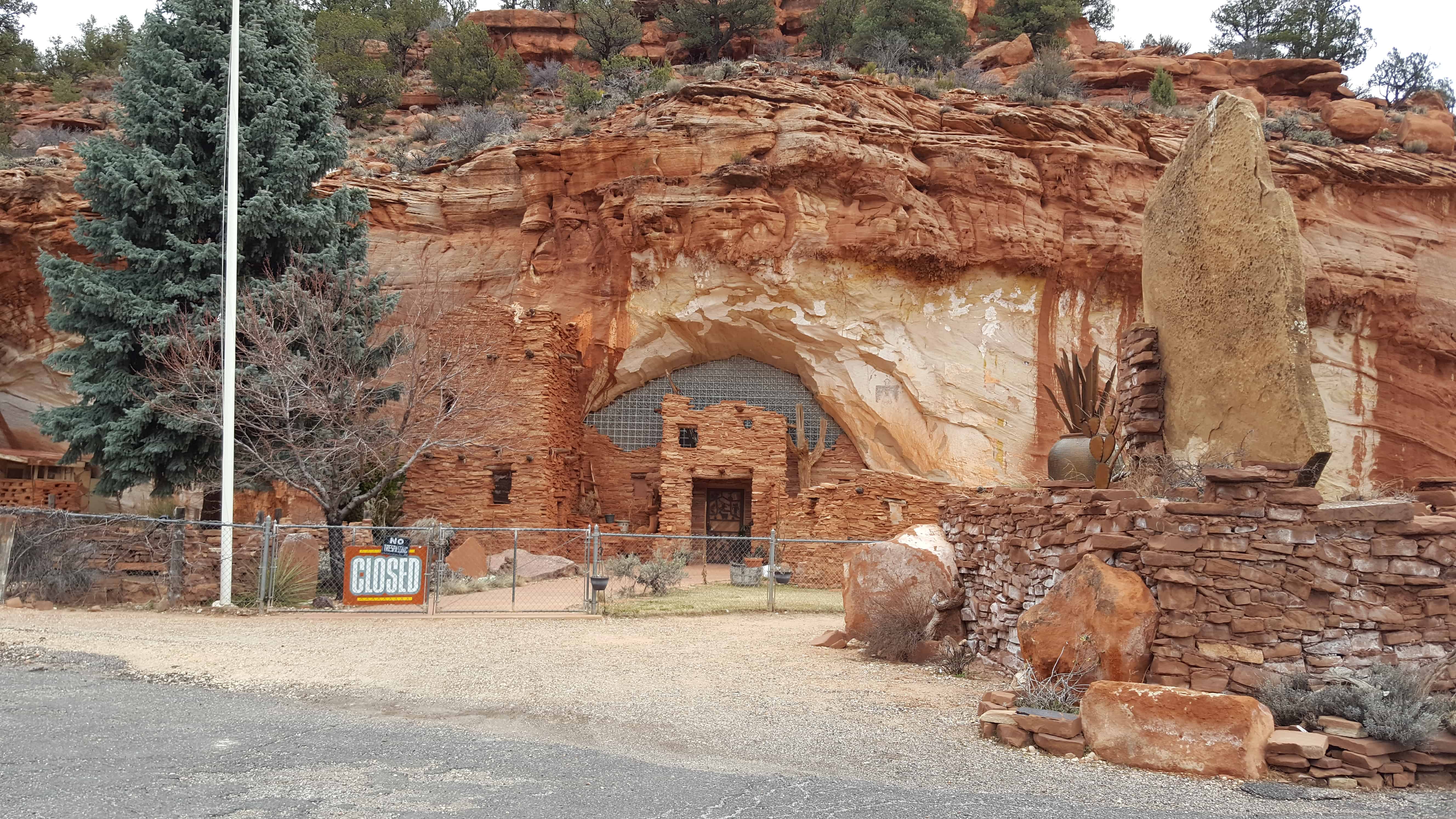 Moqui Cave is a sandstone erosion cave in southern Utah, United States. It is located roughly 5 miles north of Kanab, along U.S. Route 89.

Moqui Cave was once used by Anasazi people as a shelter or food store, according to archaeological digs in the area. It was rediscovered by white settlers in the 19th century, and served as a speakeasy in the 1920s during Prohibition. In 1951, the cave was purchased by Laura and Garth Chamberlain, who opened a tavern and dance hall the following year, and it became a tourist attraction and museum. It currently contains a substantial rock collection, including many ultraviolet-fluorescent minerals, fossils, pottery, spear points, American Indian artifacts and art, dinosaur tracks (estimated to be over 140 million years old), and displays about the Anasazi. There is also display about the Ancestral Puebloan and a gift shop.

The cave referred to as the “Moqui Cave” is not a natural cave at all. It was a sand mine to obtain sand to make glass. The Indian lore and history may be authentic to the area, but the cave itself has nothing to do with the Moqui Indians or any other Indians. That component of the site is completely manufactured.