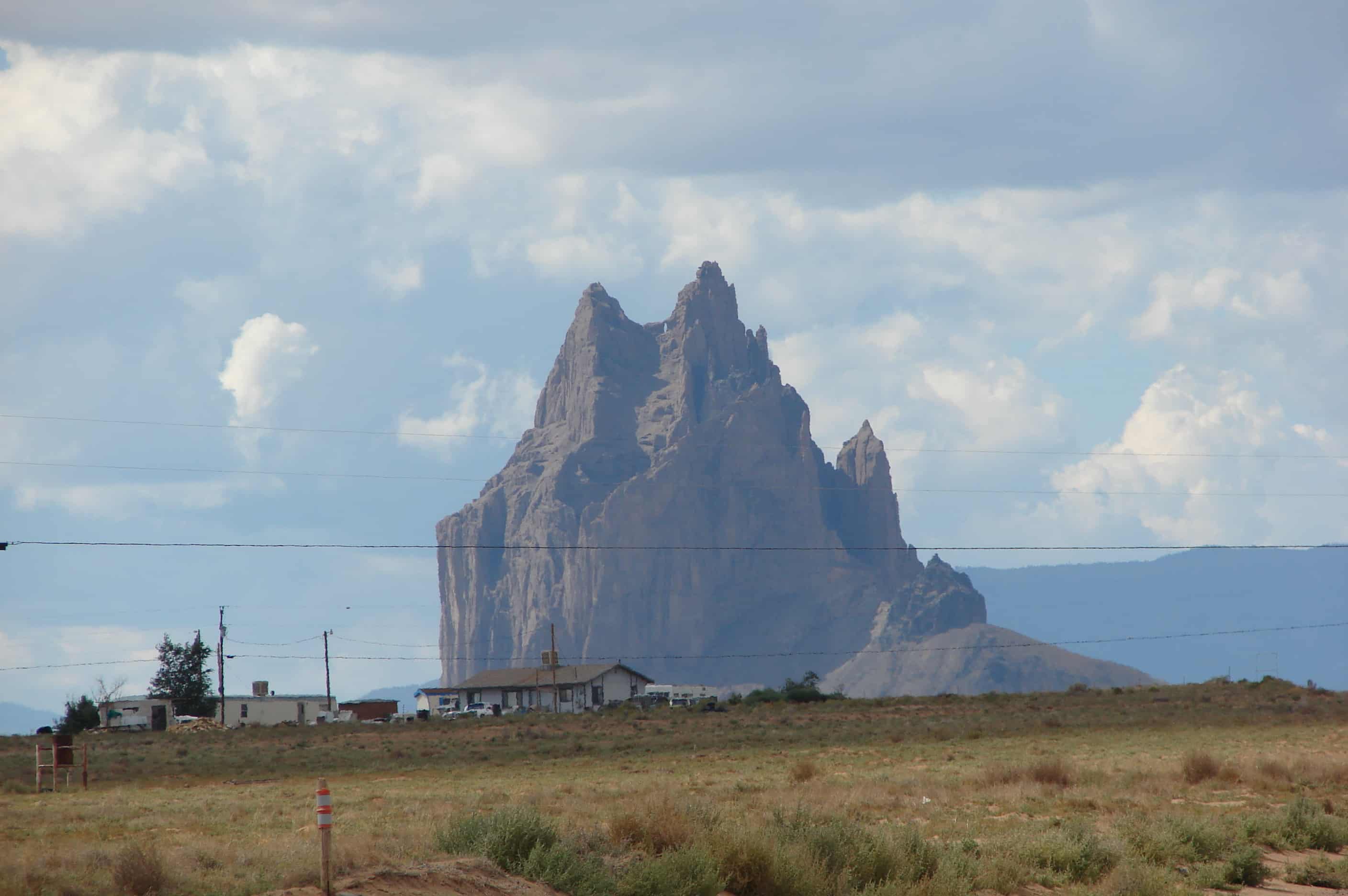 Tsé Bit’ A’í (Shiprock) is a rock formation rising nearly 1,800 feet above the high-desert plain on the Navajo reservation, about 12 miles southwest of the northern New Mexico town of Shiprock. Shiprock is composed of fractured volcanic breccia and black dikes of igneous rock called “minette.” It is the erosional remnant of the throat of a volcano, and the volcanic breccia formed in a diatreme. The exposed rock probably was originally formed 2,500-3000 feet below the earth’s surface, but it was exposed after millions of years of erosion. Wall-like sheets of minette, known as dikes, radiate away from the central formation. Radiometric age determinations of the minette establish that these volcanic rocks solidified about 27 million years ago. Ship Rock is in the northeastern part of the Navajo Volcanic Field; the field includes intrusions and flows of minette and other unusual igneous rocks that formed about 25 million years ago. Shiprock’s sheer walls make it tempting for serious mountain climbers. After years of standing as one of the continent’s great unsolved climbing problems, it was first scaled in 1939, by a Sierra Club party including David Brower. Since then at least seven routes have been climbed on the peak, all of them of great technical difficulty. However, questions of legality, ownership, and religious significance have always made access to Shiprock dubious. In particular, the Navajo have a number of legends associated with Shiprock, and consider it sacred, so climbing it is currently illegal.