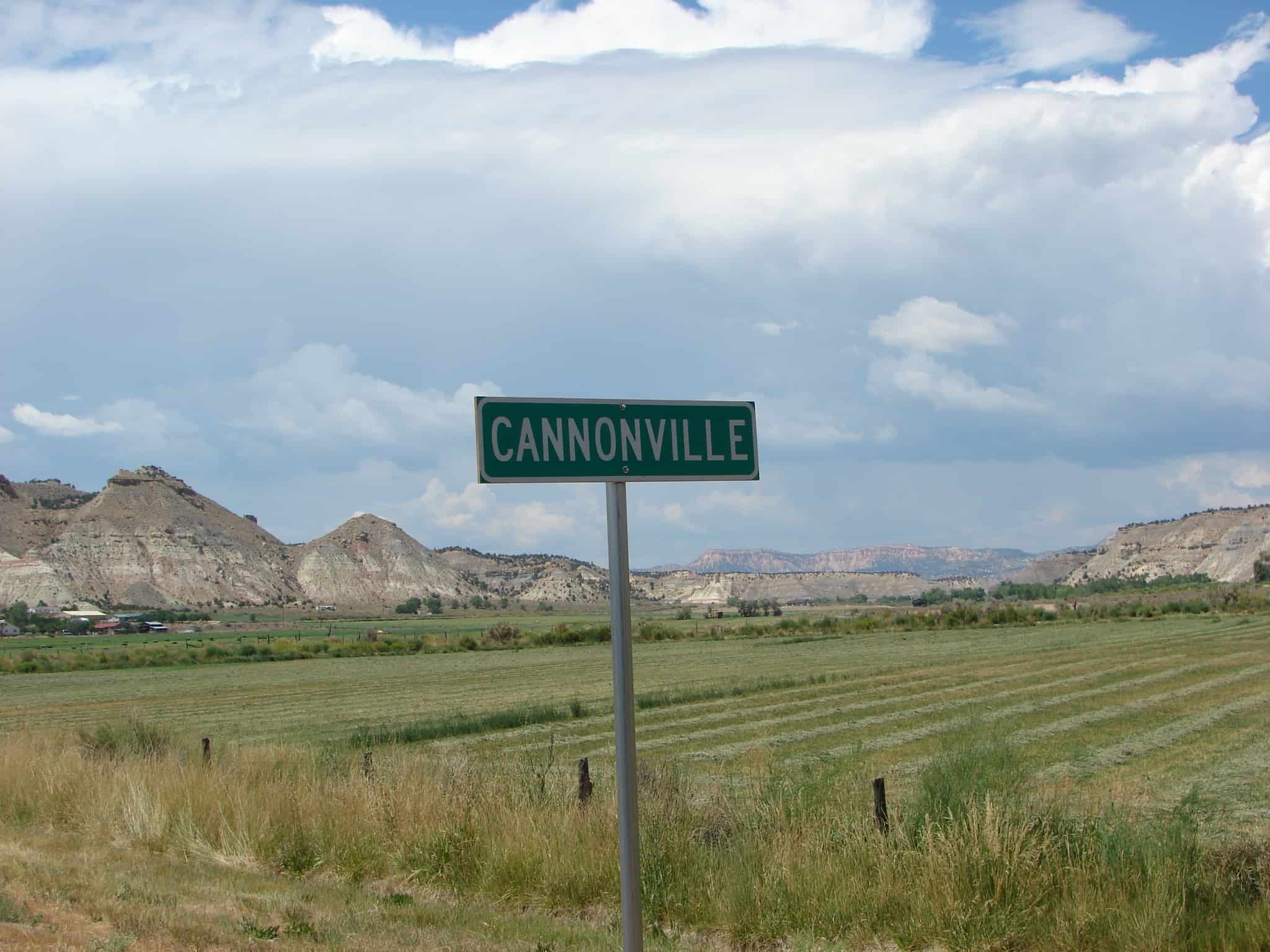 Cannonville is five miles south southeast of Tropic and one-half mile west of Henrieville. It was established in 1874 by James L. Thompson and others with their families. An early name was Clifton in recognition of the surrounding cliffs and rugged terrain. The name was changed to Cannonville for George Q. Cannon, a Mormon church official. It was humorously called Gunshot because it was not large enough to be a cannon.* 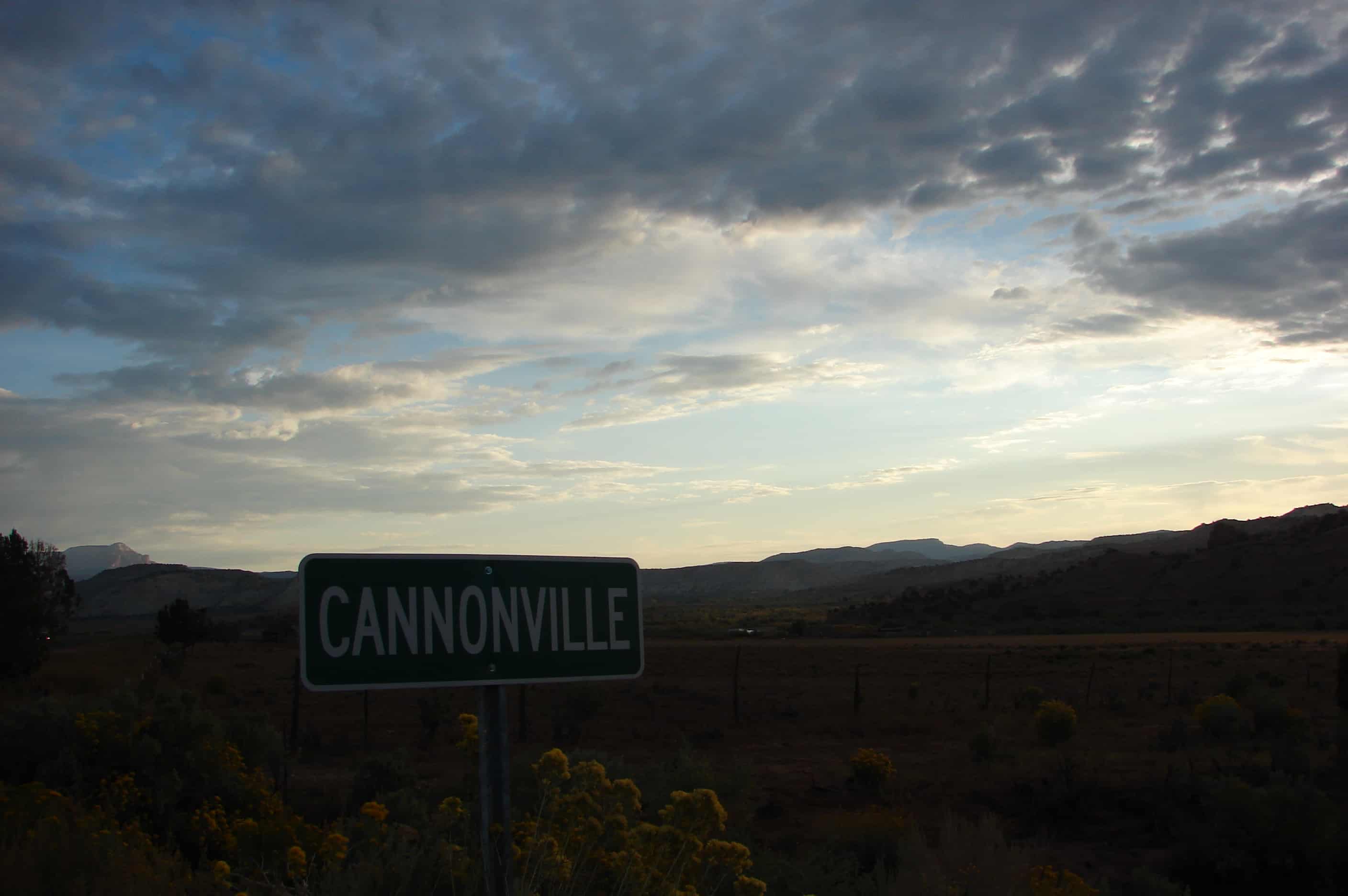