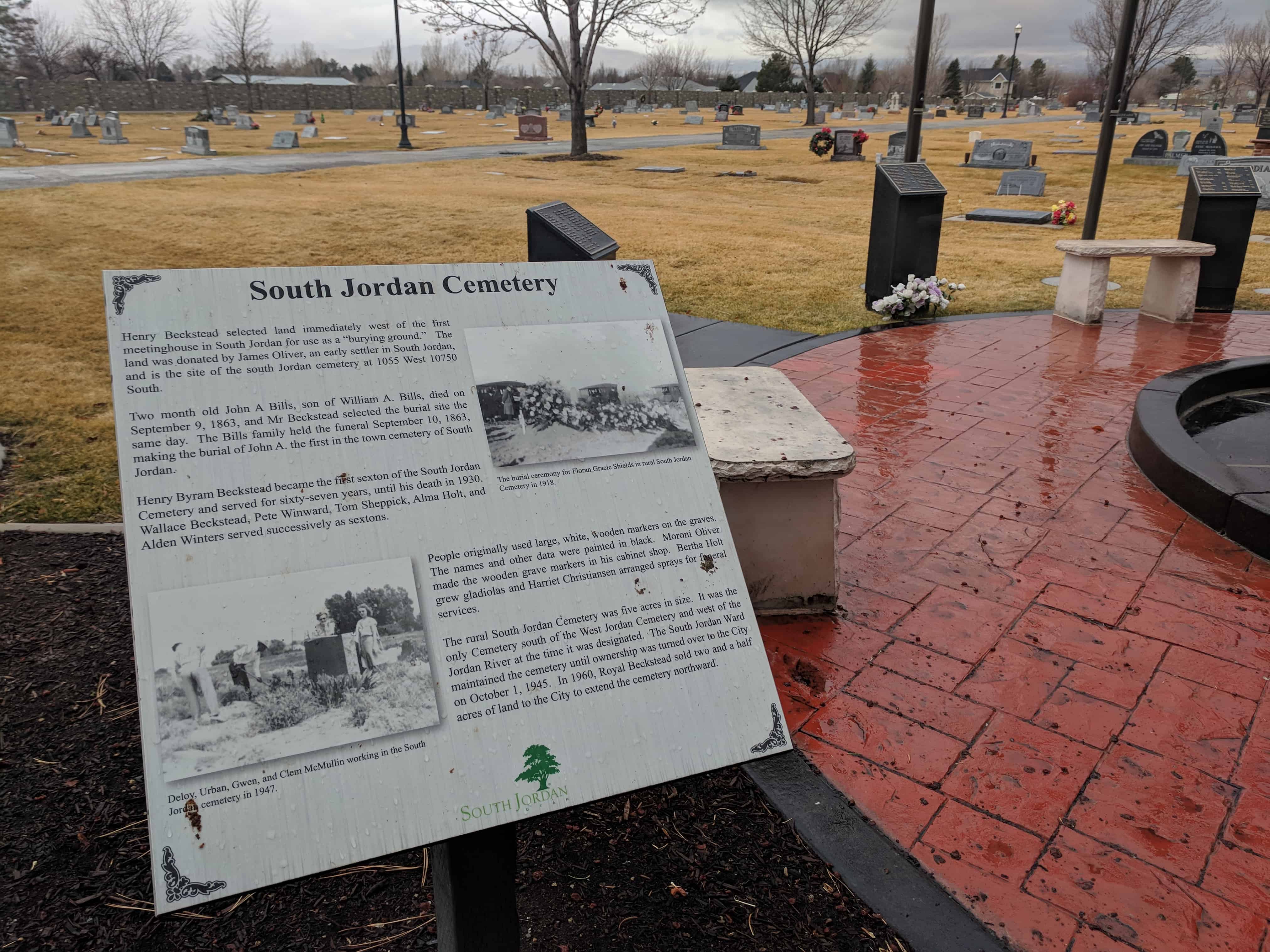 Henry Beckstead selected land immediately west of the first meetinghouse in South Jordan for use as a “burying ground.”  The land was donated by James Oliver, an early settler in South Jordan, and is the site of the South Jordan cemetery at 1055 West 10750 South.

Two month old John A. Bills, son of William A. Bills, died on September 9, 1863, and Mr Beckstead selected the burial site the same day.  The Bills family held the funeral September 10, 1863, making the burial of John A. the first in the town cemetery of South Jordan.

People originally used large, white, wooden markers on the graves.  The names and other data were painted in black.  Moroni Olivery made the wooden grave markers in his cabinet shop.  Berha Holt grew gladiolas and Harriet Christiansen arranged sprays for funeral services.

The rural South Jordan Cemetery was five acres in size.  It was the only Cemetery south of the West Jordan Cemetery and west of the Jordan River at the time it was designed.  The South Jordan Ward maintained the cemetery until ownership was turned over to the City on October 1, 1945.  In 1960, Royal Beckstead sold two and a half acres of land to the City to extend the cemetery northward. 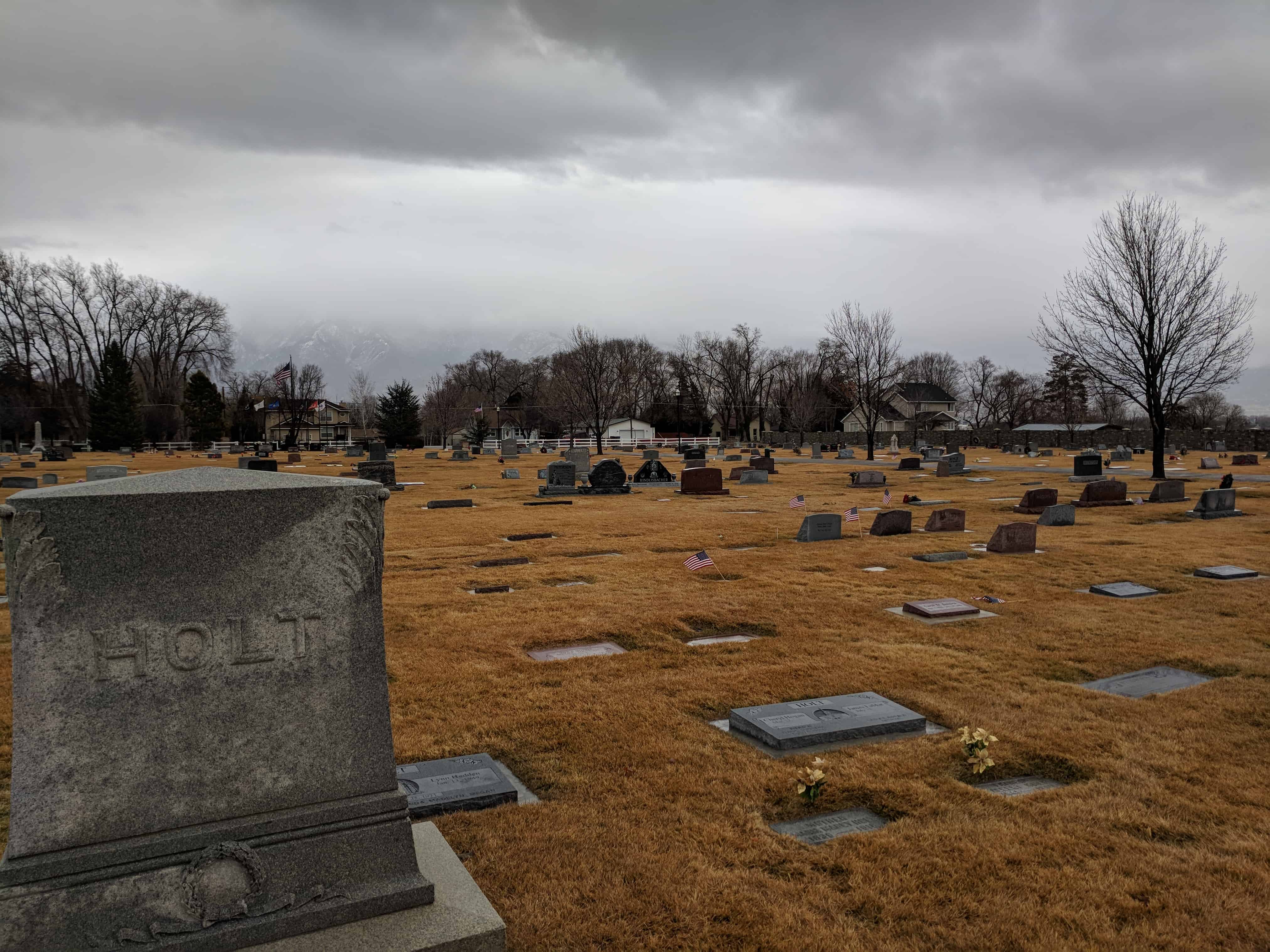 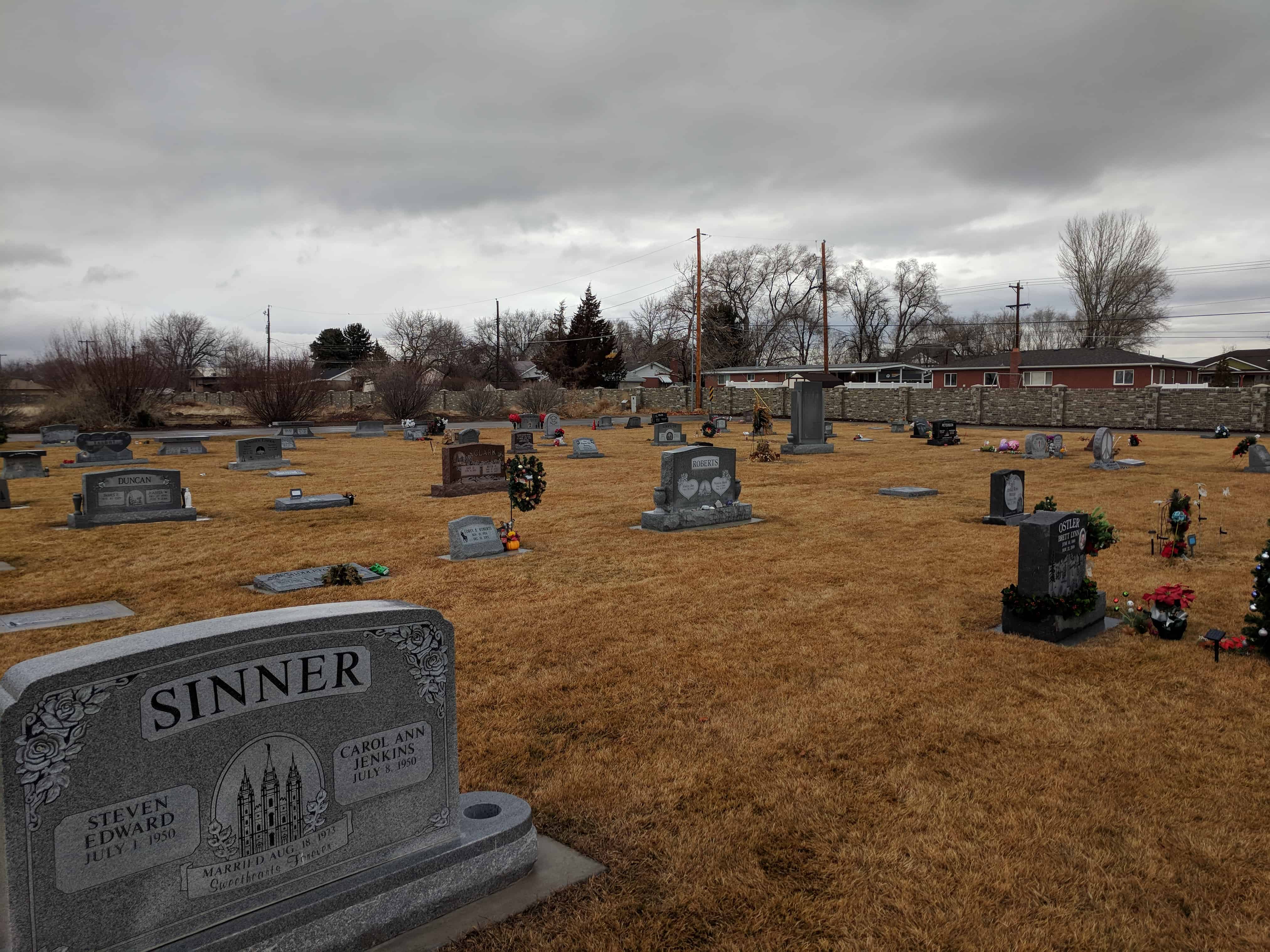 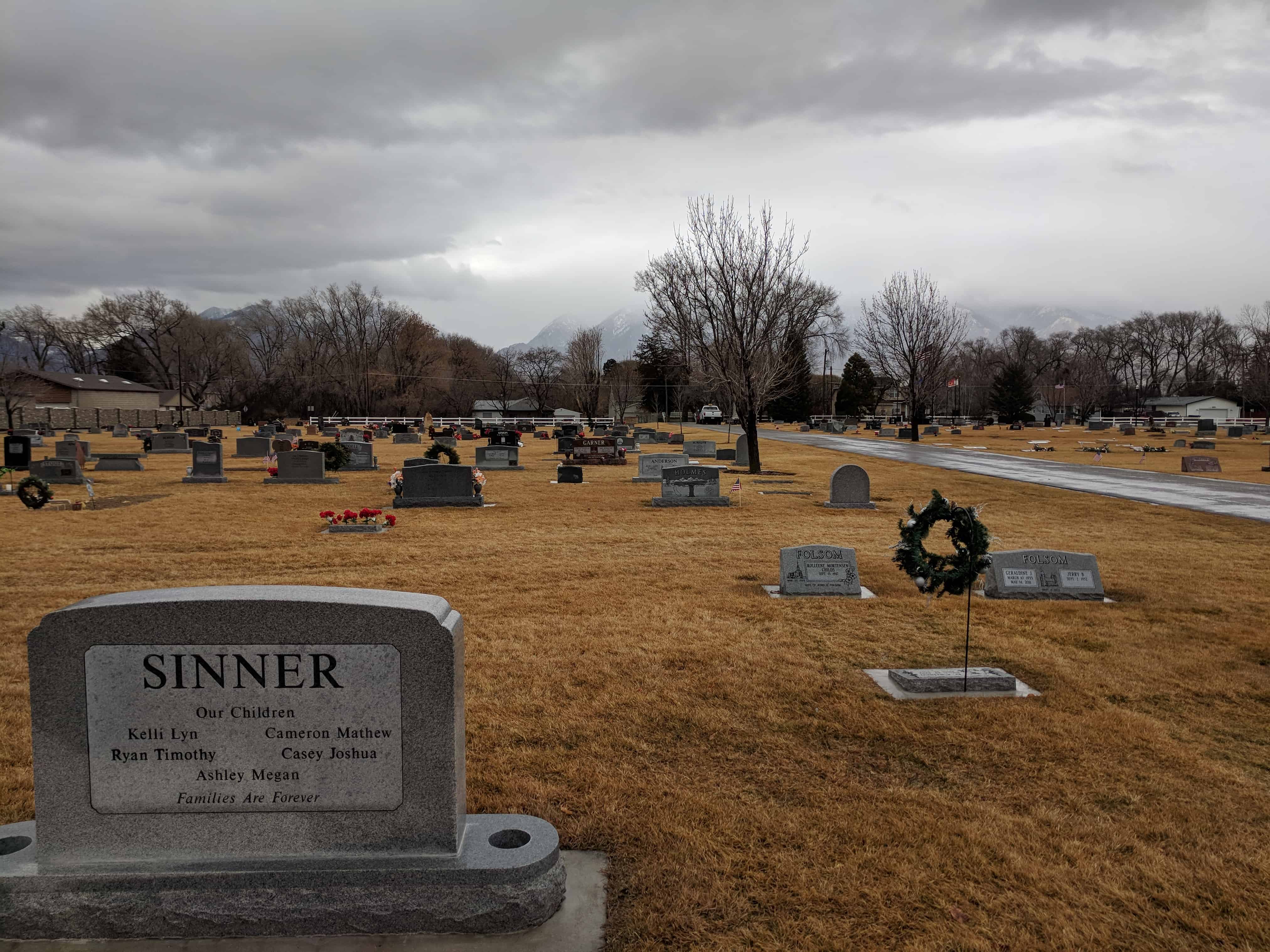 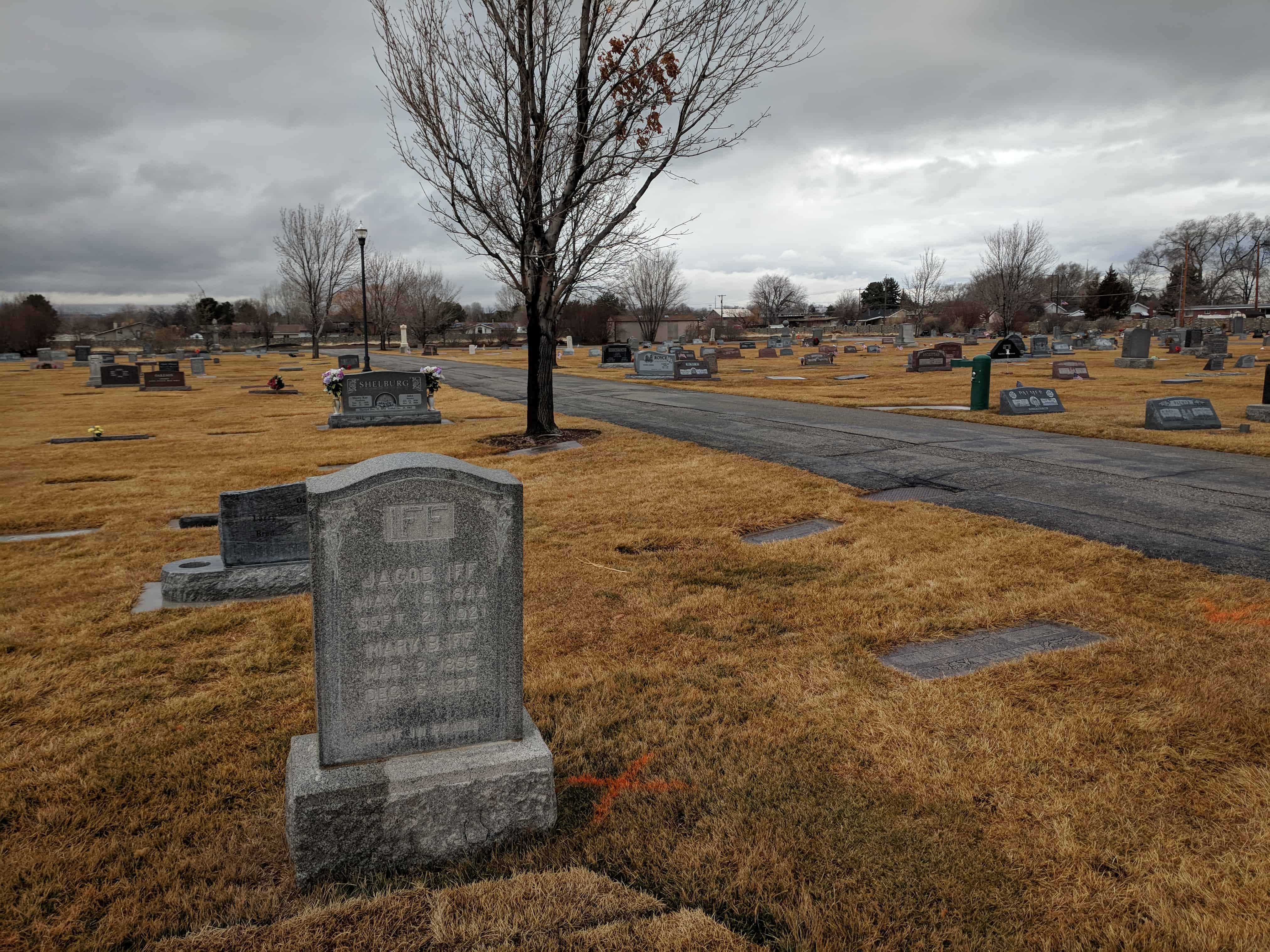 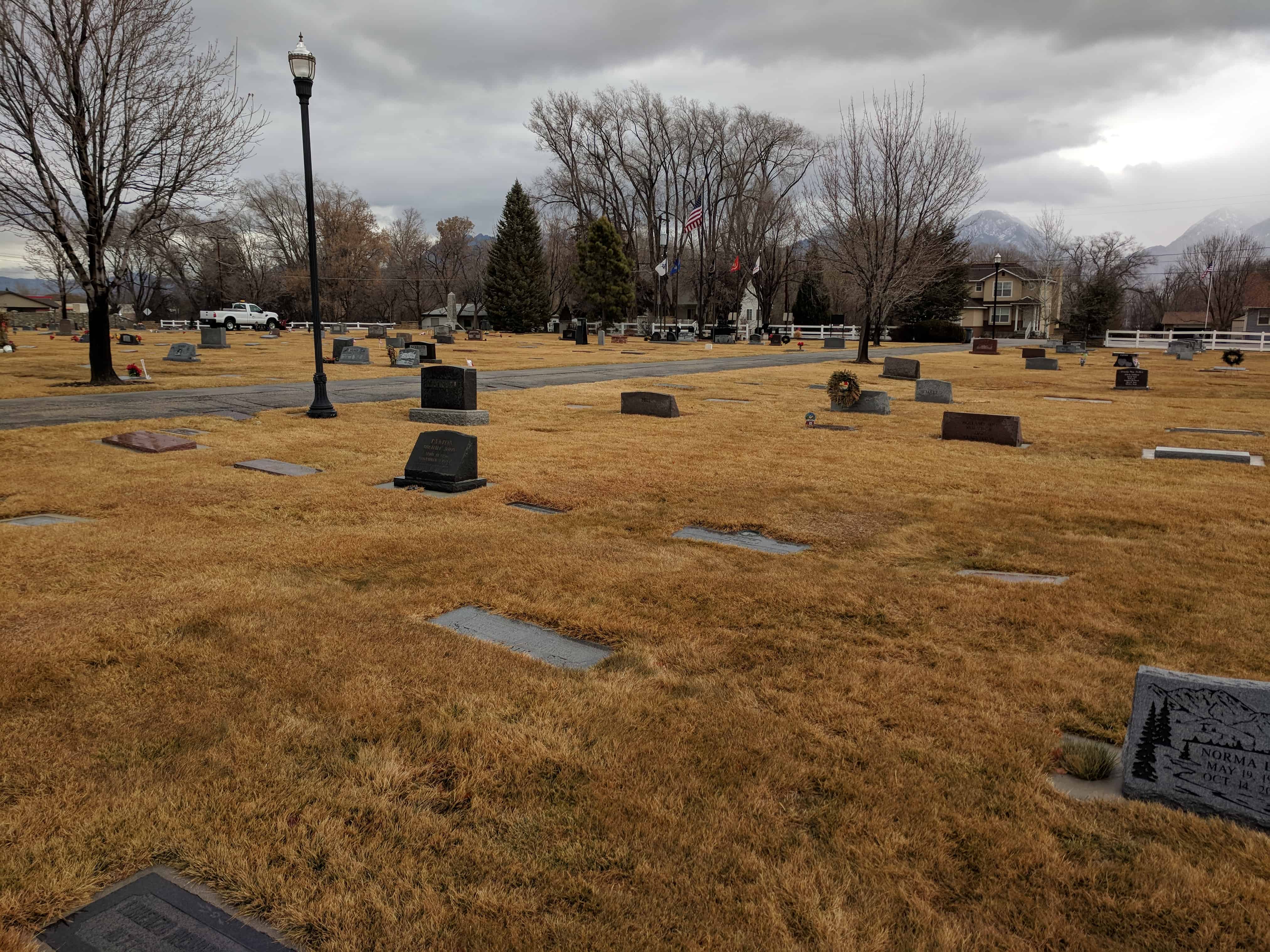 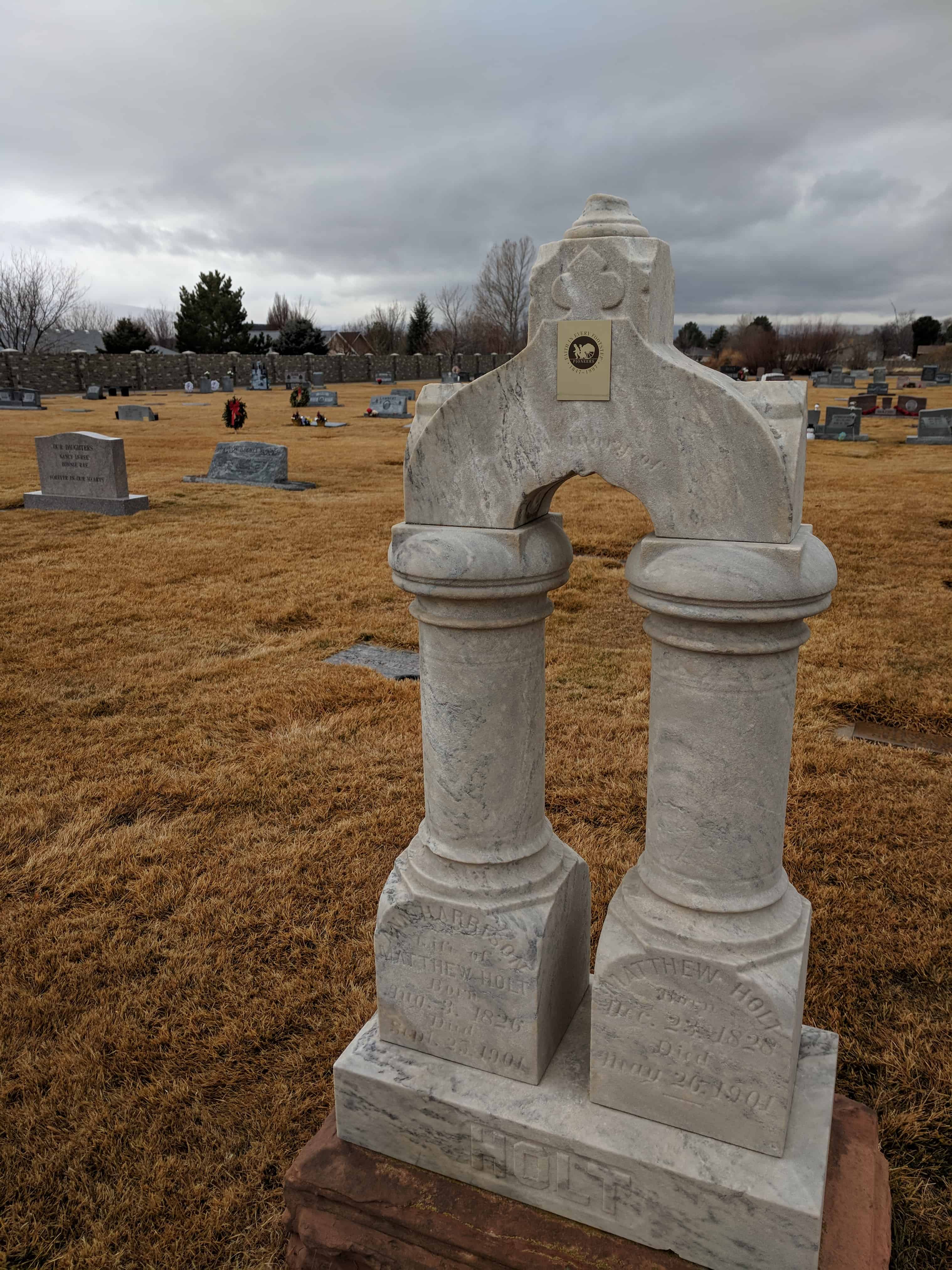