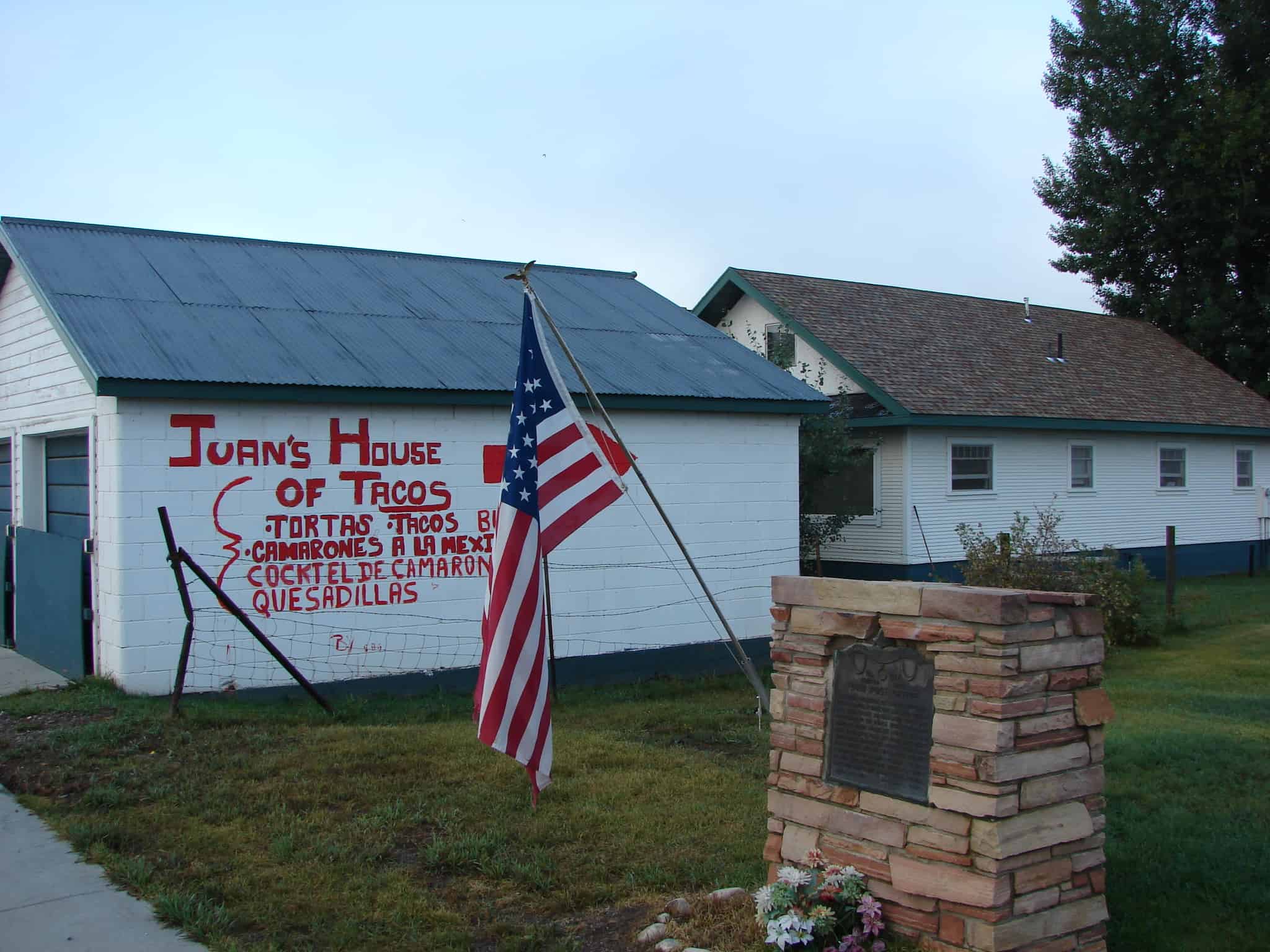 Thayne, formerly called Glencoe, was founded in 1888, at which time mail was brought into Star Valley by Team and Wagon and distributed to the people from a log cabin owned by Joseph Thayne. The building was one room, 12 x 15 feet with a dirt roof. Three years later it was moved to the center of town and Henry Thayne and his wife occupied it. This log cabin, located one and one half rods west of this site, became the first post office May 8, 1891 with Laura Thayne Post Mistress. 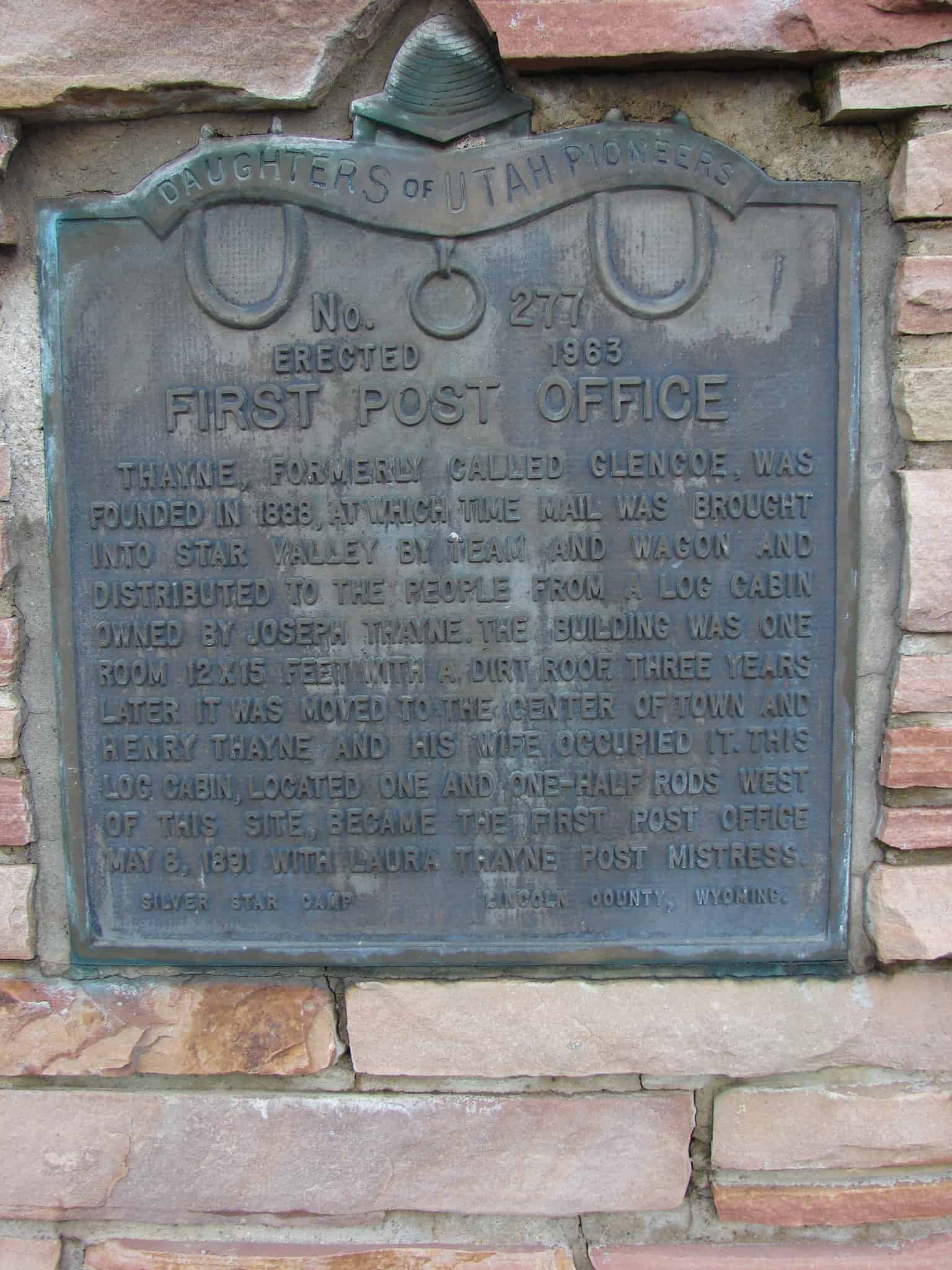