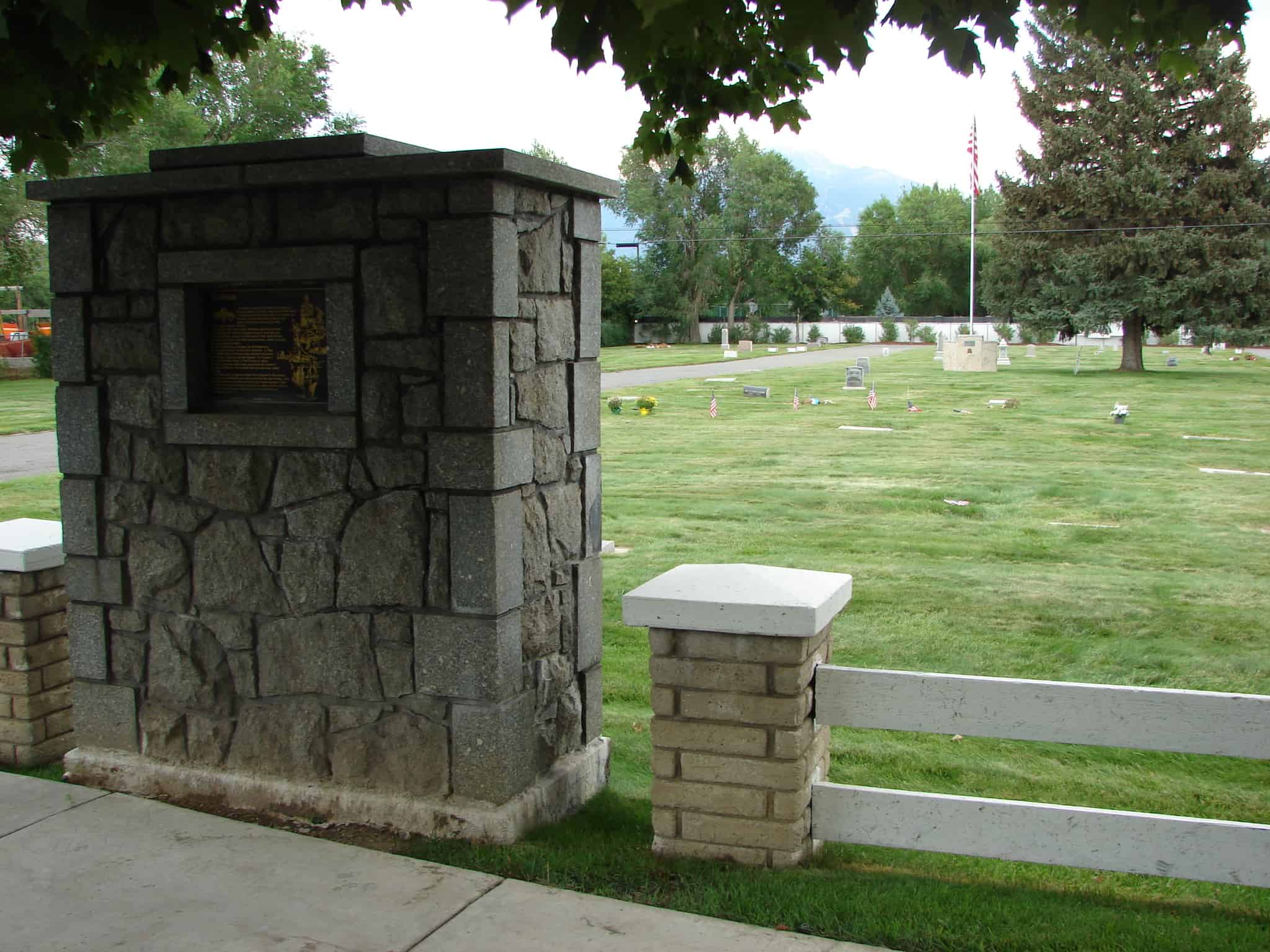 Bluffdale, named for its twenty-five square miles of bluffs and dales, extends from Herriman on the west to Riverton on the north, Draper on the east and the Utah County line on the south. Originally it was part of West Jordan, first settled in 1848-1849. On July 29, 1858, Orrin Porter Rockwell paid five- hundred dollars to Evan M. Green for sixteen acres of land near the Crystal Hot Lakes (adjacent to the present Utah State Prison). This land included a hotel with dining facilities, stable, brewery, and pony express station. As the community expanded, the Bluffdale area became part of South Jordan, then Riverton. In 1883 the Bluffdale School Precinct was formed from parts of Herriman, South Jordan and Draper. On August 1, 1886, the Bluffdale Ward of The Church of Jesus Christ of Latter-day Saints was organized with Lewis H. Mousley as Bishop. For a short time the town was called Mousley. There are seven irrigation canals that originate at the Jordan Narrows in the Bluffdale area and serve the Salt Lake Valley. One of the earliest was the Utah and Salt Lake Canal started in 1862. Some of the early buildings included an adobe church, built in 1887-1888, a tithing house, and a three-room schoolhouse constructed in 1893. 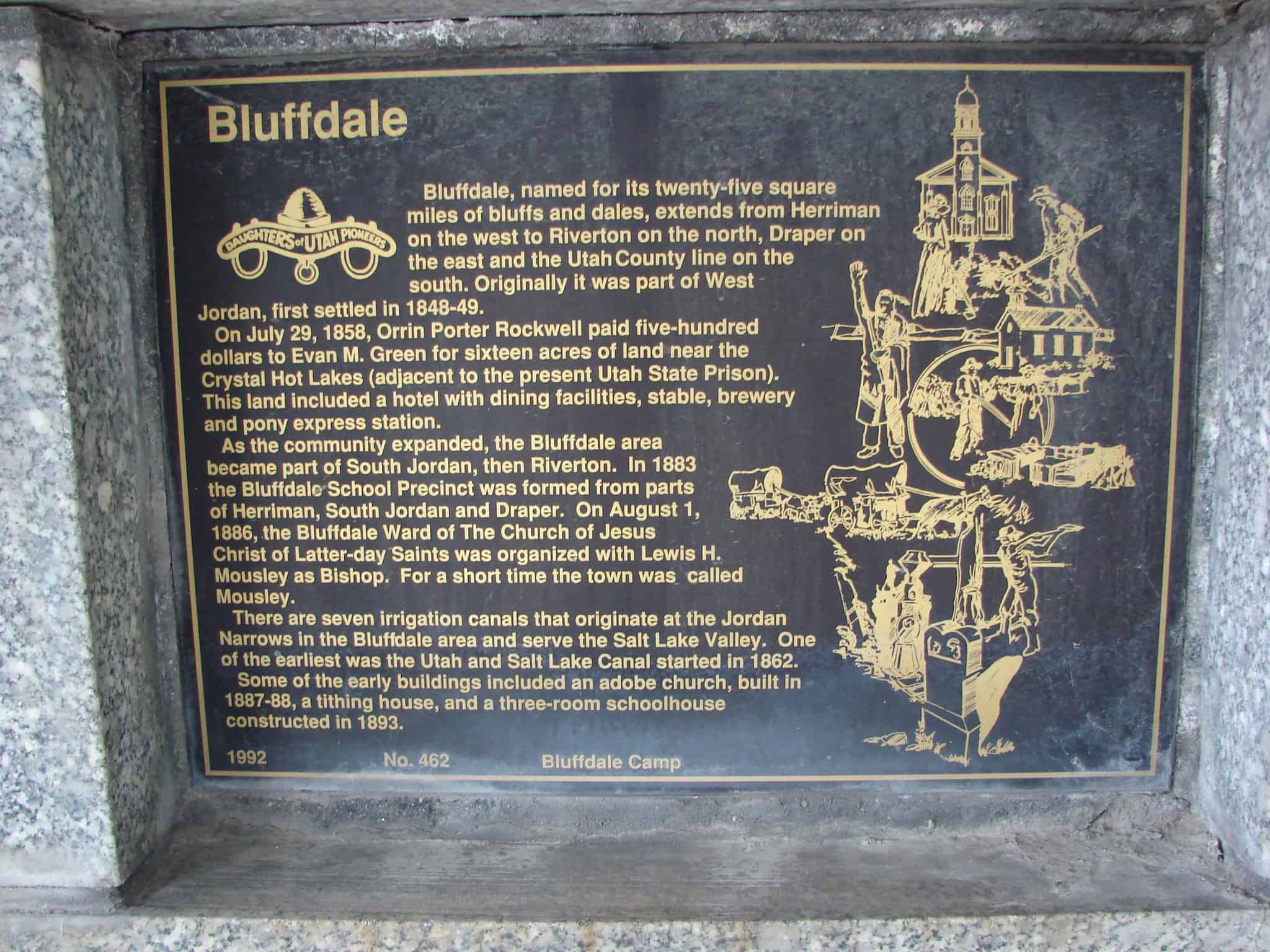