The West Jordan Mill is significant for its association with Archibald
Gardner, a pioneer builder of canals and over 30 mills. Gardner was a
dominant figure in the Salt Lake Valley as an early settler, aiding in the
development of the new communities of Mill Creek, West Jordan, Big and Little Cottonwood, Spanish Fork, Pleasant Grove, American Fork, and others through building sawmills, flour mills, canals, roads, and dams all necessary in establishing productive settlements. His influence extended beyond Utah to Wyoming where he also built five mills. Prominent in politics as well, Gardner served as a delegate to various conventions^ including the drafting of the Utah constitution, and he served in the State Legislature for two terms. He was also a Mormon ecclesiastical leader in West Jordan for 32 years. The West Jordan Mill, which is also significant as one of Utah’s oldest few remaining flour mills, stands as a record of an industry essential to the pioneer agrarian economy and of a time when gristmills were found in almost every Mormon community. Mills were so important to new settlements that the machinery used in the first mill built in Utah was brought with the first company of pioneers. Other mills soon followed, and in about 1848 Gardner built the third” flour mill in Utah which was located at Mill Creek, in southeast Salt Lake Valley. Another mill site to the west of Mill Creek, in present day West Jordan, was chosen by Gardner and! there he moved and in 1853 built his second Utah flour mill. This mill was replaced in 1877 by the more “modern” structure which exists today. The West Jordan Mill is also an example of early industrial vernacular architecture in Utah which simulated on an over-sized scale the formal Federal style used for domestic architecture.
The mill duplicated early homes in style, actually being an oversized frame
house which had been equipped with the machinery and chutes of the flour
industry (much of which still exists). Six other flour mills in Utah are currently listed, or nominated for listing, in the National Register of Historic Places, including: Isaac Chase Mill, Salt Lake County; Joseph Wall Gristmill, Sevier County; E. T. Benson Mill, Tooele County; Huntington Roller Mill, Emery County; Bicknell Gristmill, Wayne County; and the Burch-Taylor
Mill (nominee), Weber County, The West Jordan Mill, although comparable in design to the latter four, represents the only example of the style in the
southern part of the Salt Lake Valley .and the only documented example of an existing mill built by Gardner in the state of Utah.

Archibald Gardner, born in Scotland in 1814, emigrated to Canada with his
family as a boy. At age 17 he undertook to build his first mill. He completed a second mill in Canada before becoming a convert to The Church of Jesus Christ of Latter-day Saints (Mormons), for which he was persecuted by
friends and neighbors. Taking his tools with him, Gardner and his family went to join the Mormon community in their journey west. The pioneers arrived in the Salt Lake Valley in October of 1847 and settled near streams to plant, irrigate, and power the mills essential to community life. Charles Crismon was immediately asked by the church High Council, which allocated and regulated economic rights, to build a gristmill on City Creek. Machinery had been brought with the first company of pioneers, and the mill began to operate as soon as November.

Gardner was involved in building a saw mill at Warm Springs which turned out the first saw-cut board in Utah. But the mill, powered by warm water, was unsuccessful and Gardner moved it to Mill Creek. There, he also built the third flour mill in Utah, two miles below one built by John Neff. Then in
1849-50 Gardner moved to an area almost uninhabited in West Jordan, at the south end of the Salt Lake Valley, to establish a sawmill. At a cost of $5000 he built a two-and-a-half mile long mill race from the Jordan River to power it. Adjacent to the sawmill he erected in 1853 a flour mill also powered by water. Early settlement centered around the West Jordan Mill. Other industries and businesses sprang up including a woolen mill, tannery, and blacksmith shop. The growing population increased demand and led to the decision by Gardner in 1877 to replace the old mill with “a better and more modern one.”

The new flour mill, built on a stone foundation, duplicated early homes in
style. It was actually an oversized frame house which had been equipped with the machinery and chutes of the flour industry. This was common at a time when commercial and industrial buildings shared with their domestic
counterparts the restrained architectural vocabulary of Federal and Greek
Revival styles with their formal balance and symmetry. Thus, in the early
industrial vernacular, a factory differed from a home primarily in scale.

Gardner built over 30 mills in his lifetime, including flour mills, sawmills,
shingle mills, planing mills, and woolen mills. Brigham Young, LDS church
president, once stated that Archibald Gardner and Daniel H. Wells were “doing more to furnish employment than any other two men in the State of
Deseret.” These two made roads and built bridges into the canyons
surrounding Salt Lake Valley making building materials available to the early settlers. Gardner was also very much involved in building irrigation
canals and dams throughout the area, and his capable dispatch of construction projects made him prosperous and a man of affairs. When in 1863 the first silver mining district in Utah was organized by General Connor, Gardner was himself a shareholder and the recorder. When the railroads came to Utah, Gardner contracted to supply ties. As befit a man of his stature in the Mormon community, he took a number of wives, the eleventh and last in 1870, and fathered forty-eight children. Gardner was also active politically. He served as a delegate to various conventions, including the Territorial Convention when a constitution was drafted to organize a provisional state government and apply for statehood. He also served two terms in the state legislature. Also an ecclesiastical leader, Gardner served as Bishop of the West Jordan Ward for 32 years, and was Patriarch of the Jordan Stake.

In 1880 the West Jordan Mill was sold to Jonas Erickson. It was later
converted to a roller mill and apparently sold or leased to Frederich A.
Cooper. Cooper, once miller for Gardner, is listed as proprietor of the mill
in the early 1890’s. In 1894 the West Jordan Manufacturing and Mercantile Co. was incorporated to buy and operate the mill and its surrounding cluster of enterprises which had at various times included a tannery, blacksmith shop, broom factory, mattress factory, woolen mill, sawmill, and general store. Gardner held no stock in the new company, nor did Cooper, although he may have been retained to operate the mill. The mill continued to operate and expand its plant until 1949. In 1967 the West Jordan Milling Co. was disincorporated and the building was used for grain storage until 1975. The current owners are restoring the building and it is being used as a country furniture store. Plans for converting it to a restaurant and further restoring it are underway. Existing machinery, wheels, and chutes will be preserved and incorporated in the décor.

Of the numerous flour mills which once existed in the United States, most of
the small ones are gone and the big ones have become centralized and even
larger. According to Willard Sandberg, in 1920 there were over 10,000 flour
mills in the United States and now there are less than 250. 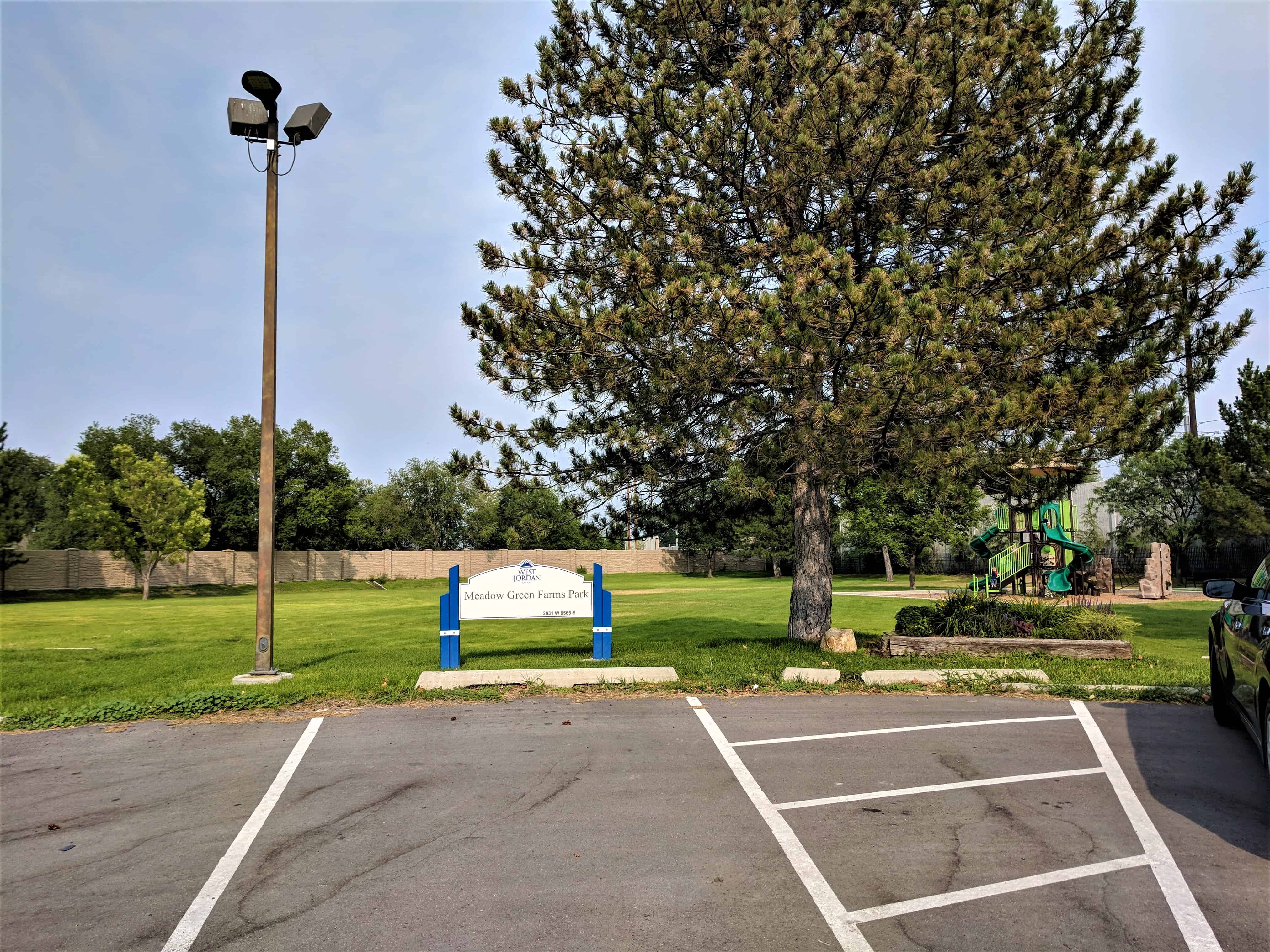 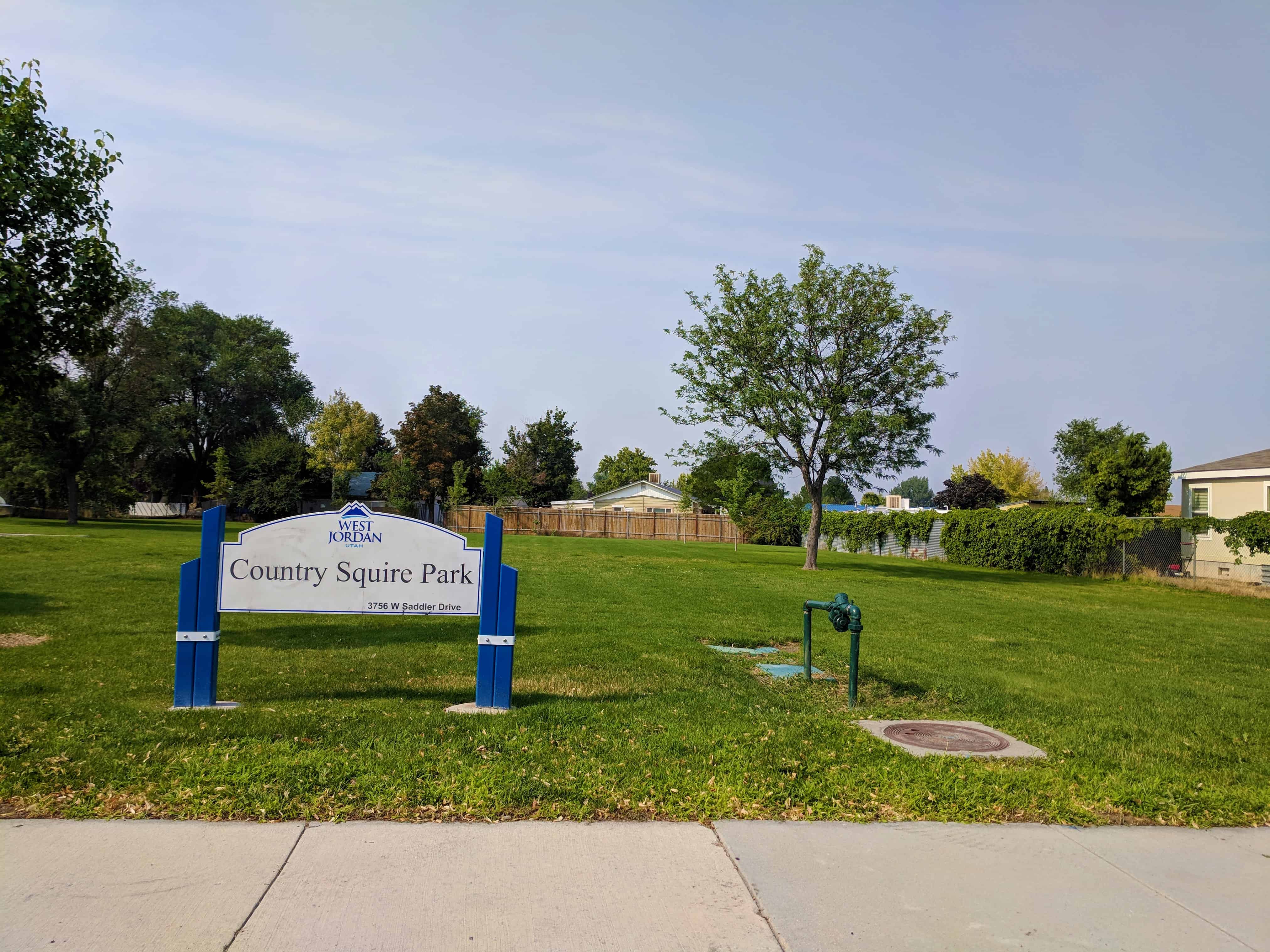 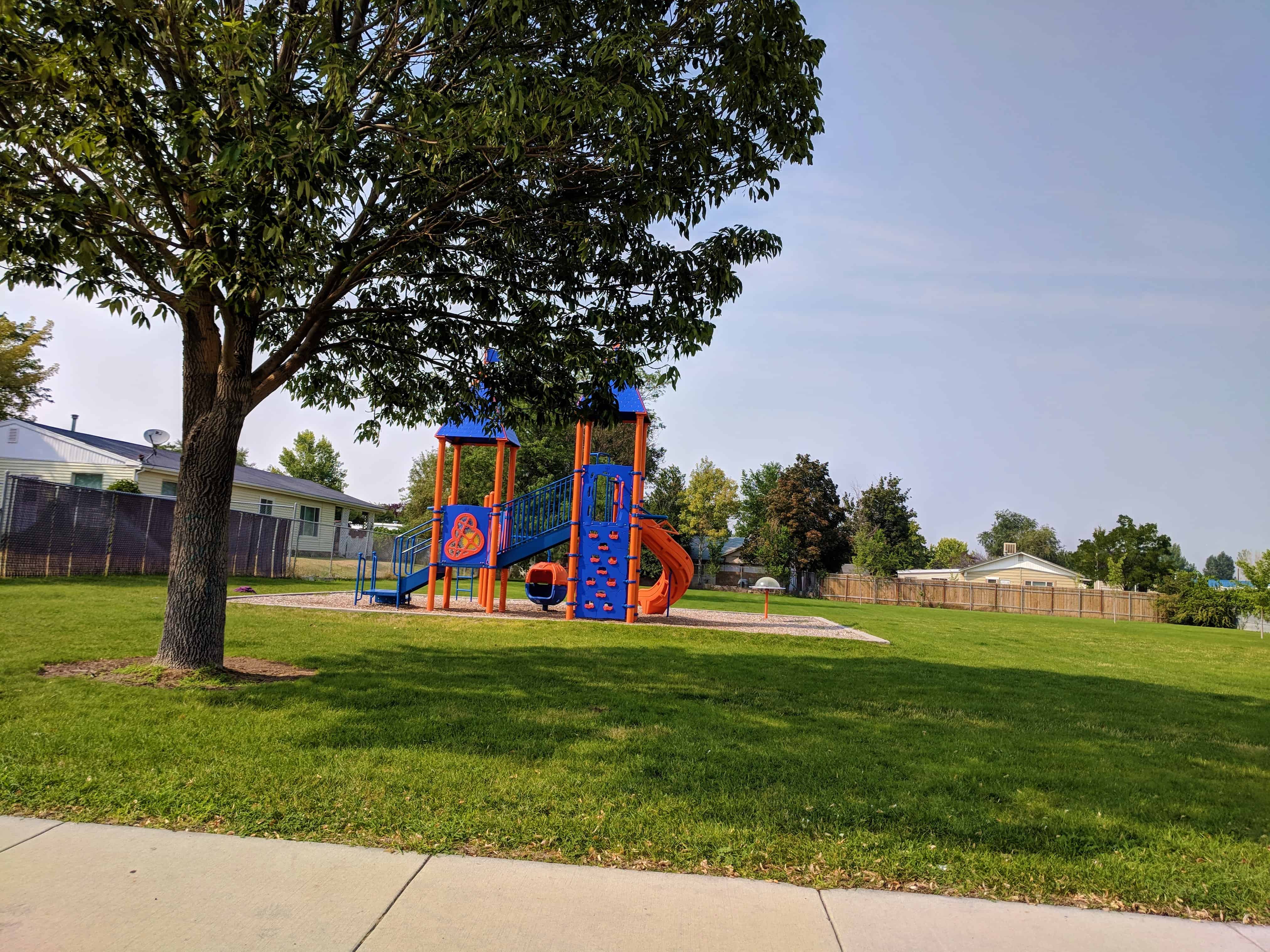 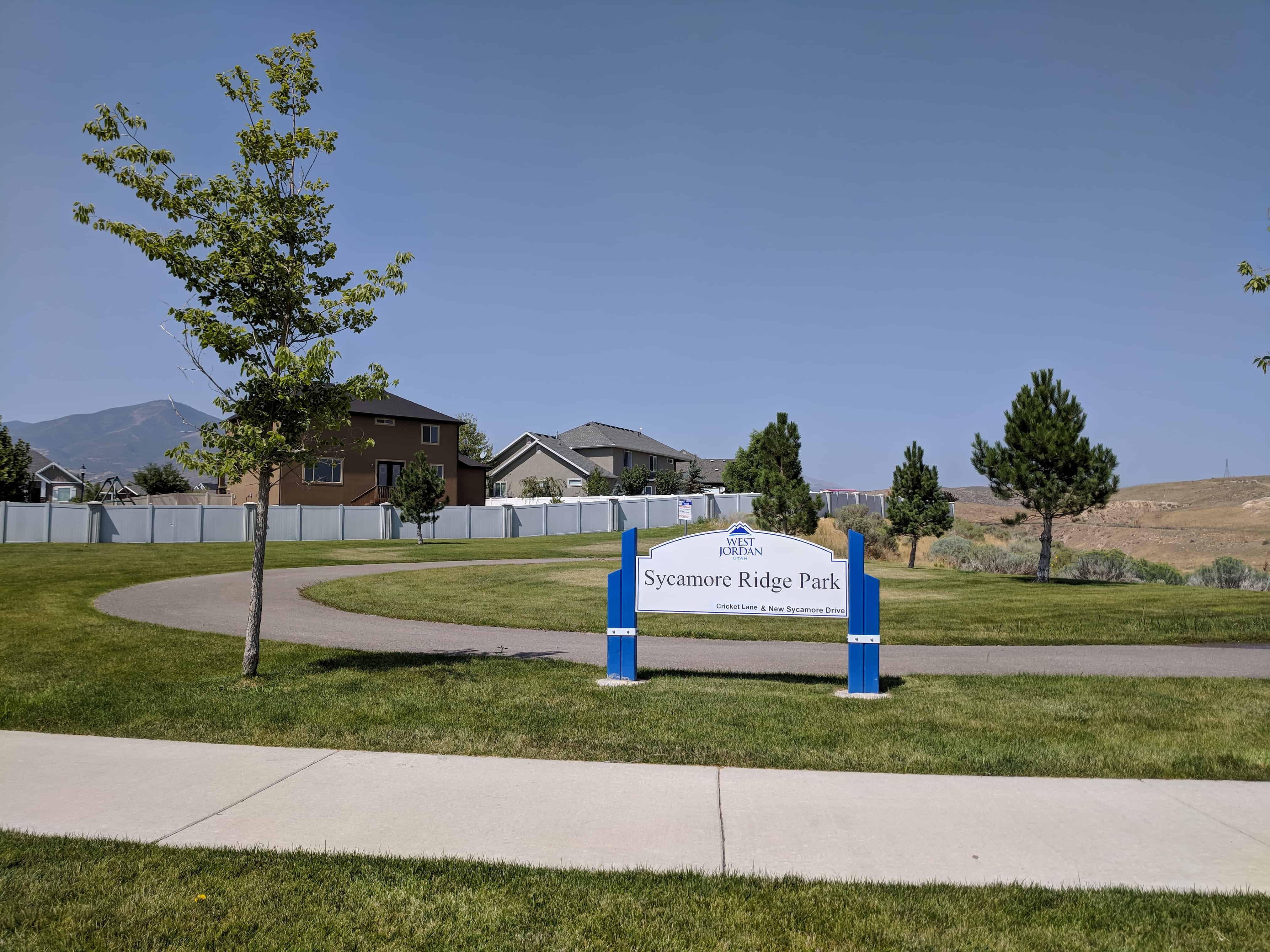 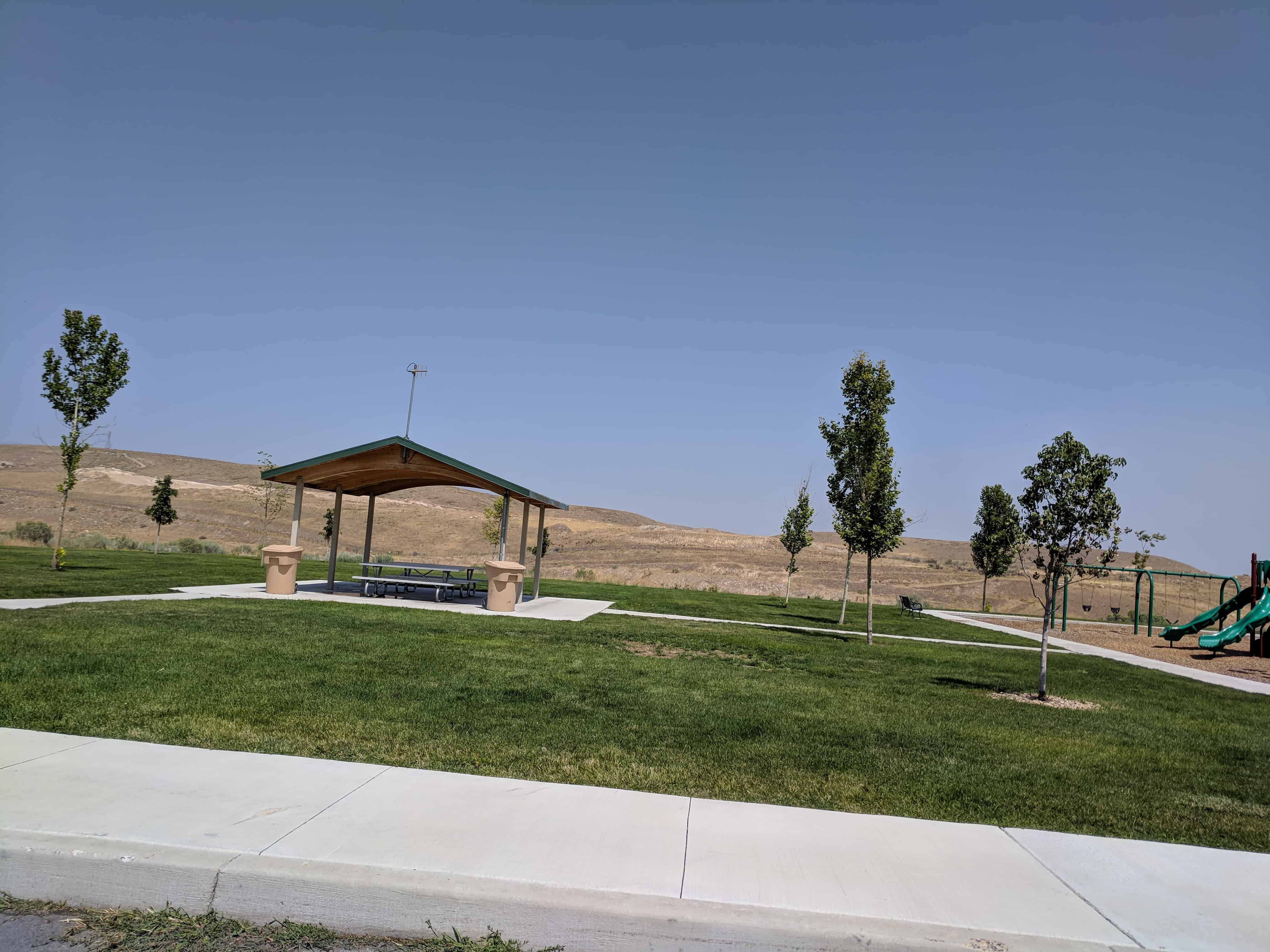 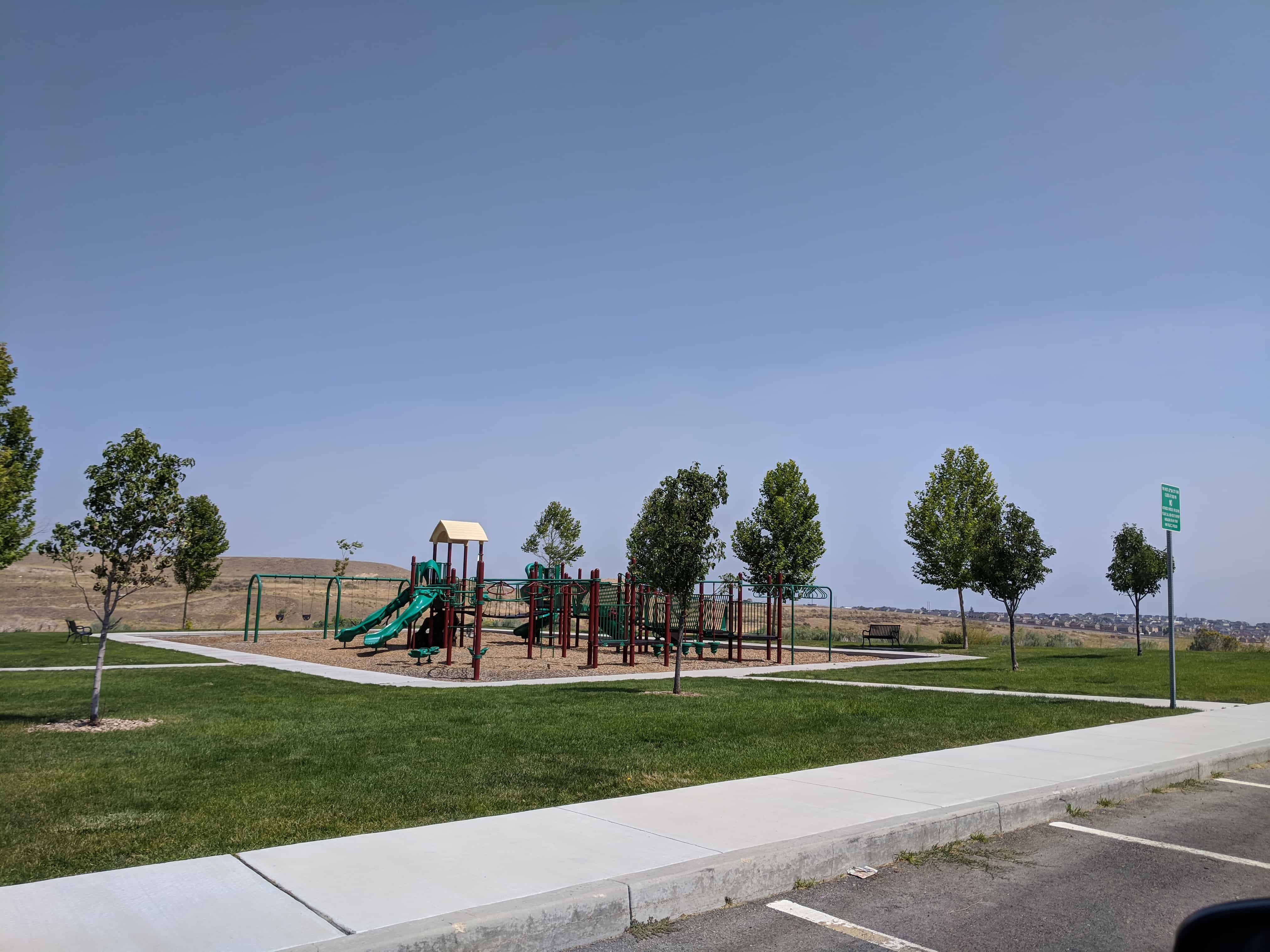 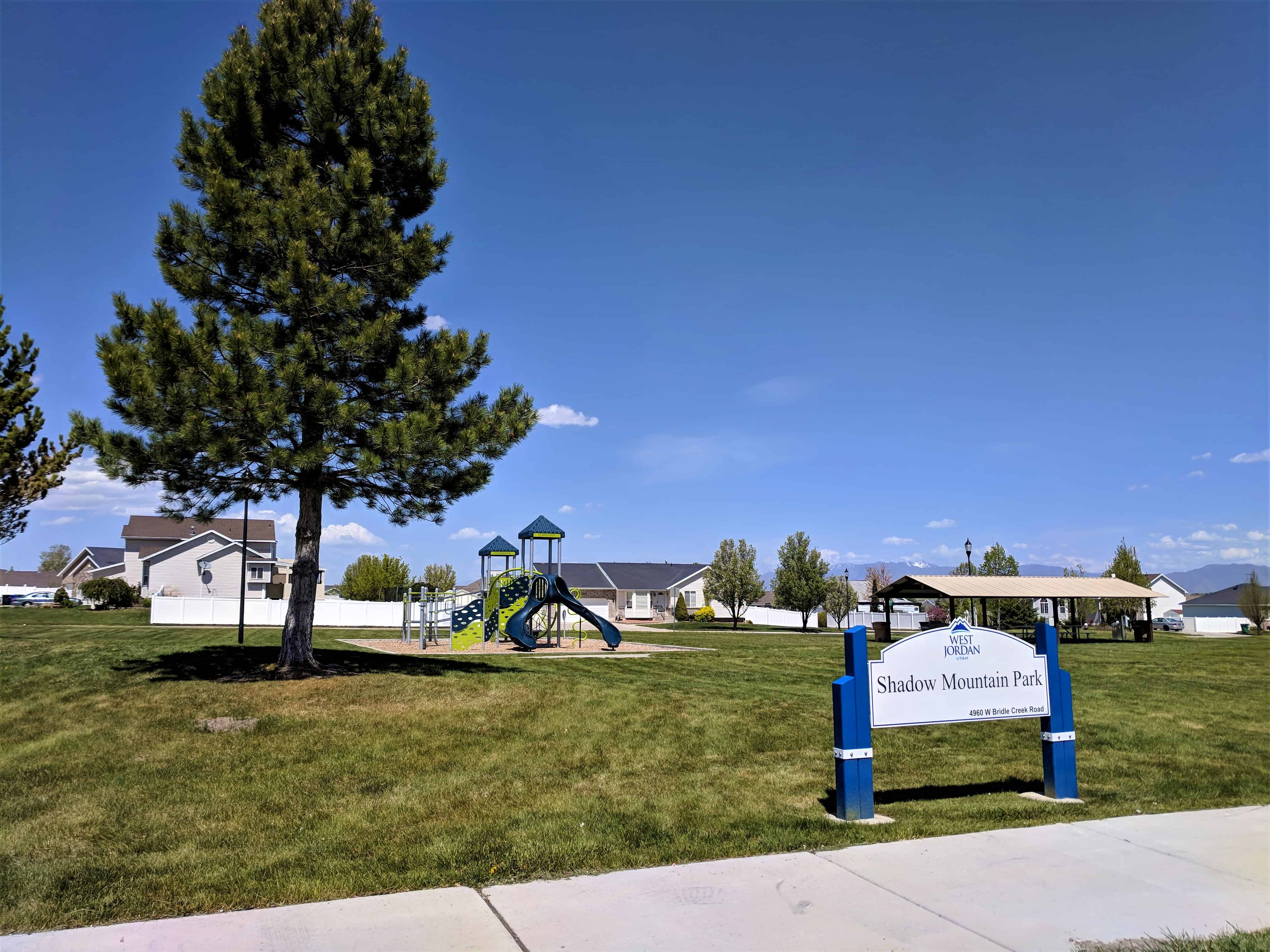 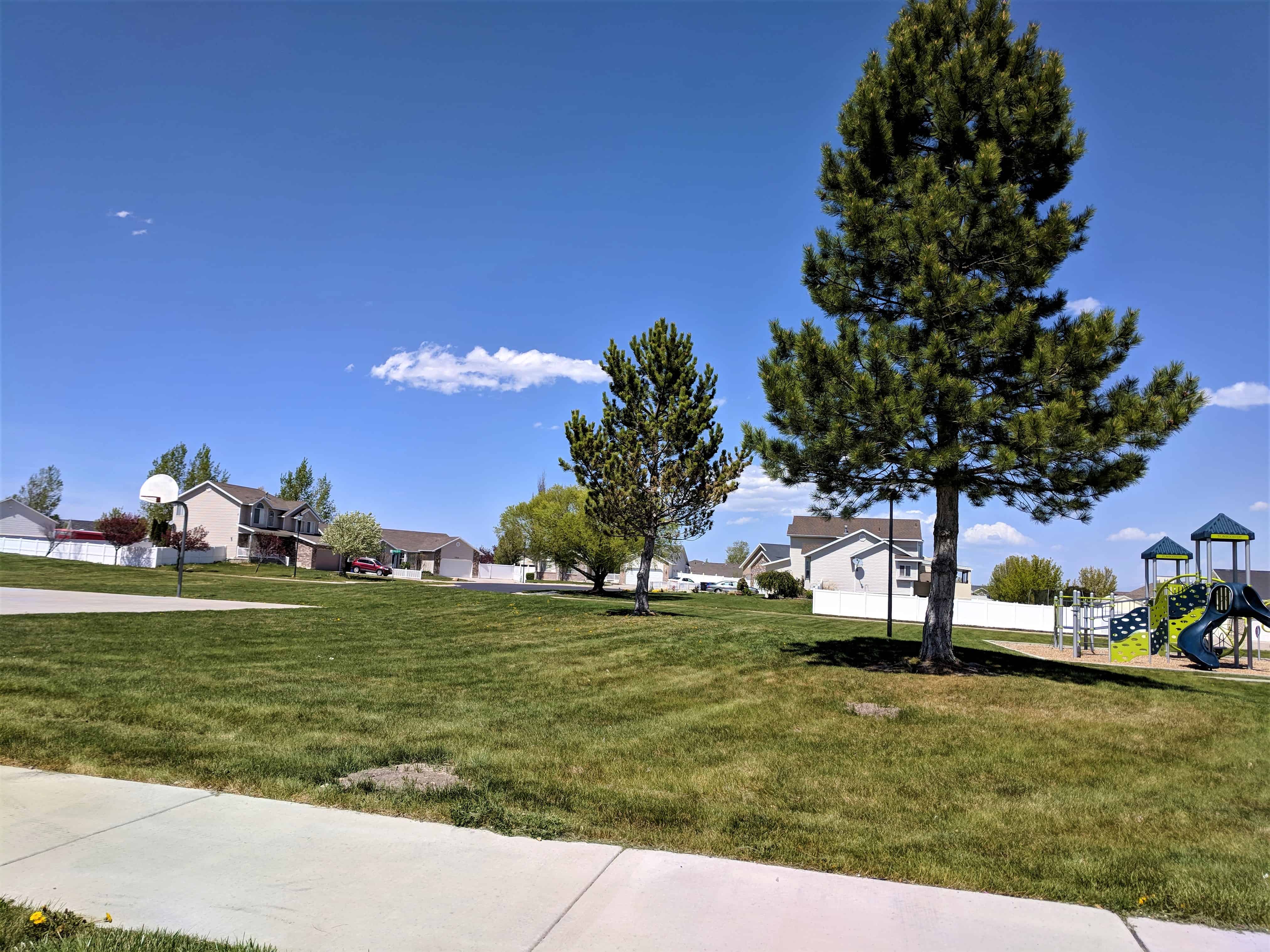