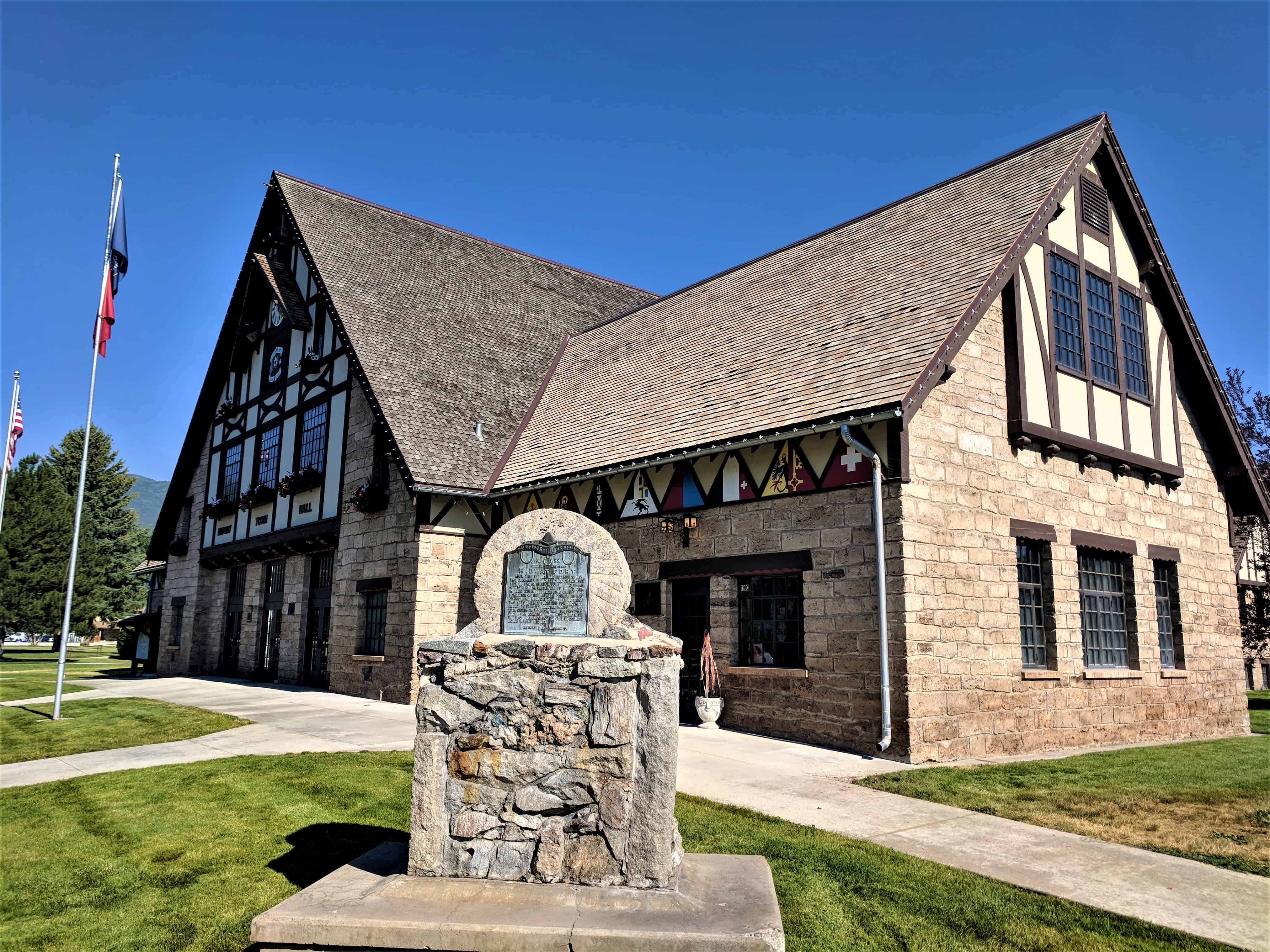 When this valley was settled, in 1859, two colonies were established on the west side of Provo River, a lower and upper settlement, the latter called Mound City. In 1866 Indian depredations caused the revision of the Wasatch County Military district and brought the people of these two settlements together for security. About 75 families erected homes on this site. Sidney H. Epperson was the presiding Elder, the location being midway between the two original sites. The name by common usage became Midway.

This historic marker is located just outside the Midway Town Hall. 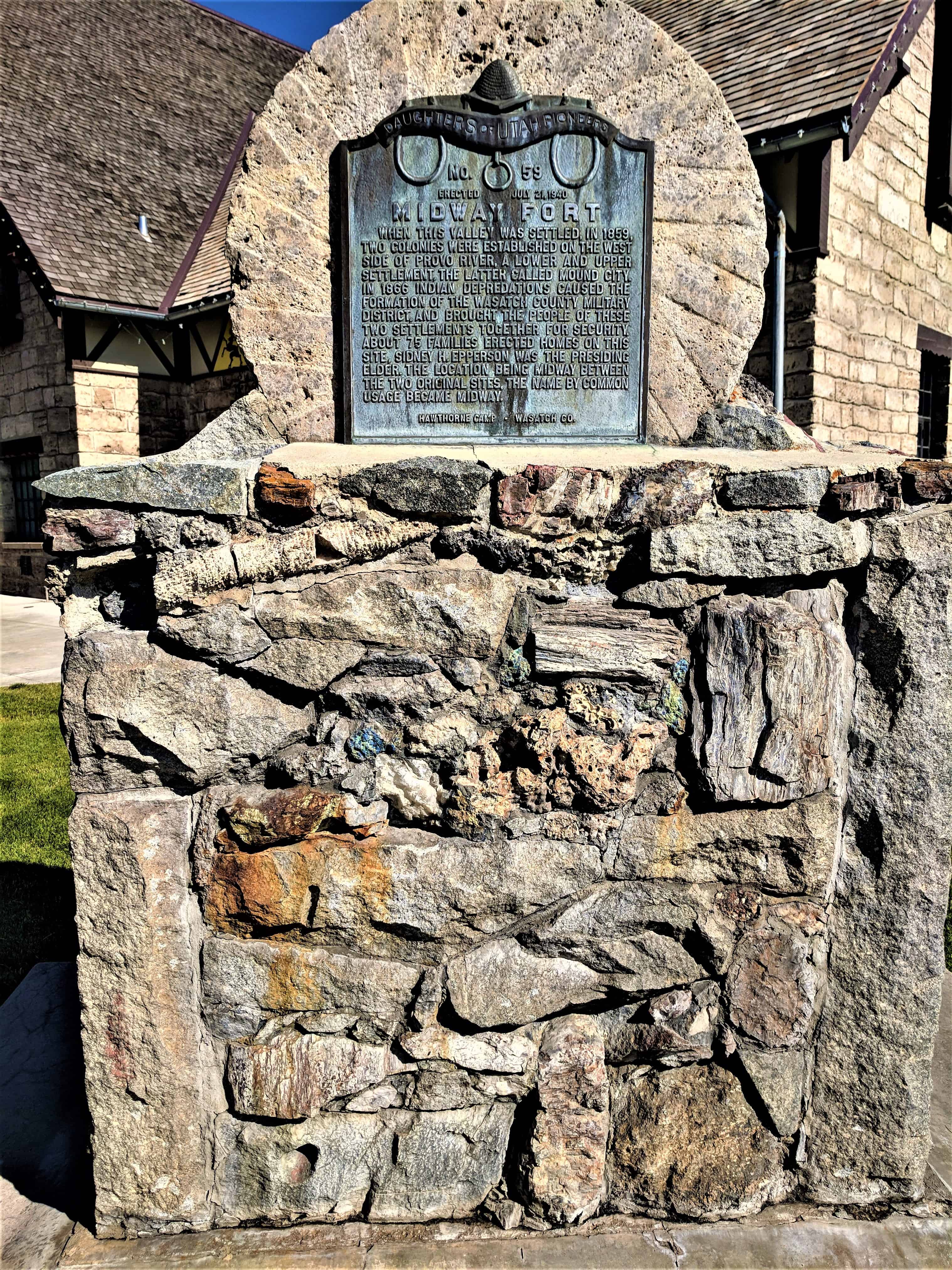 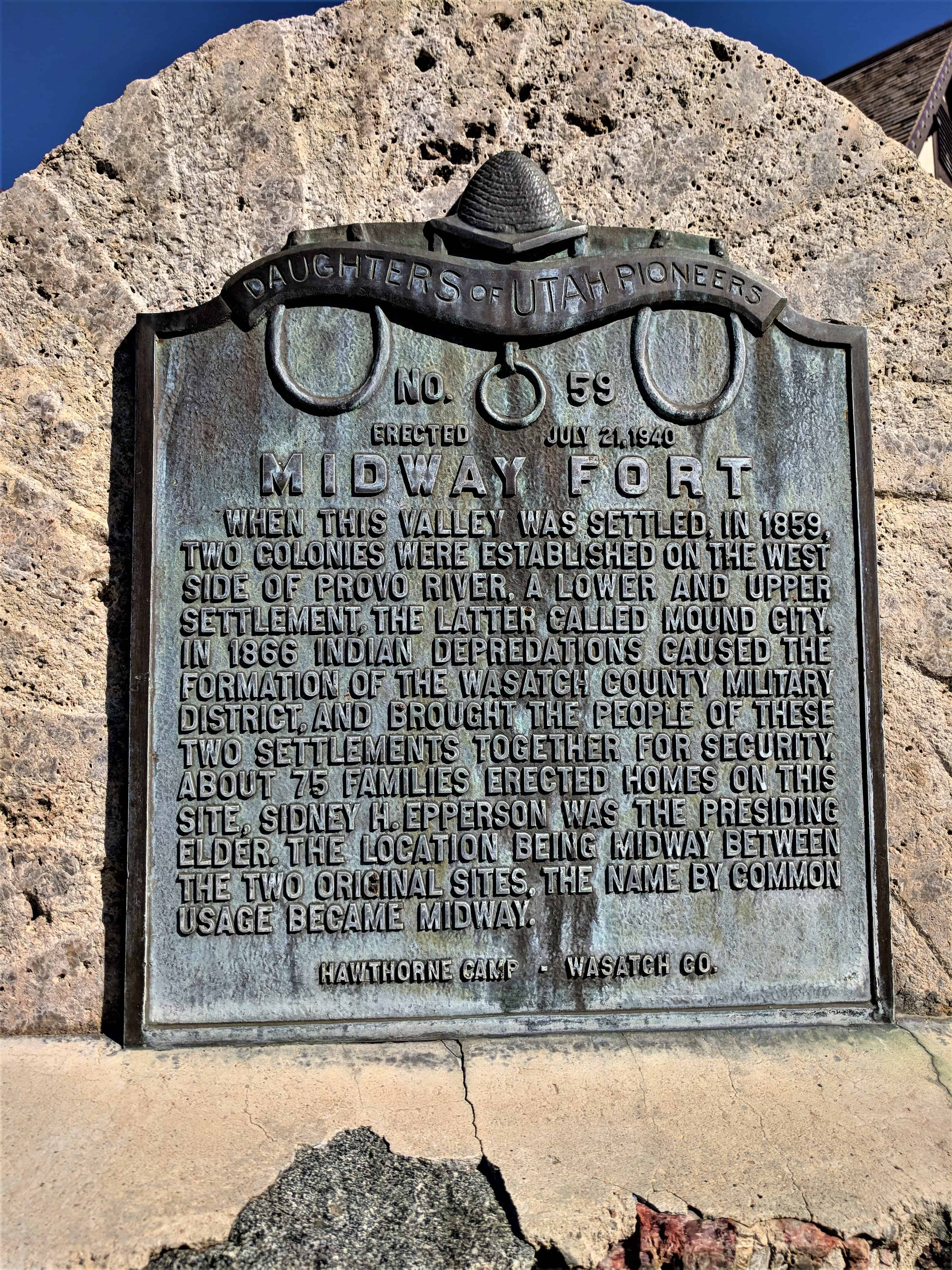