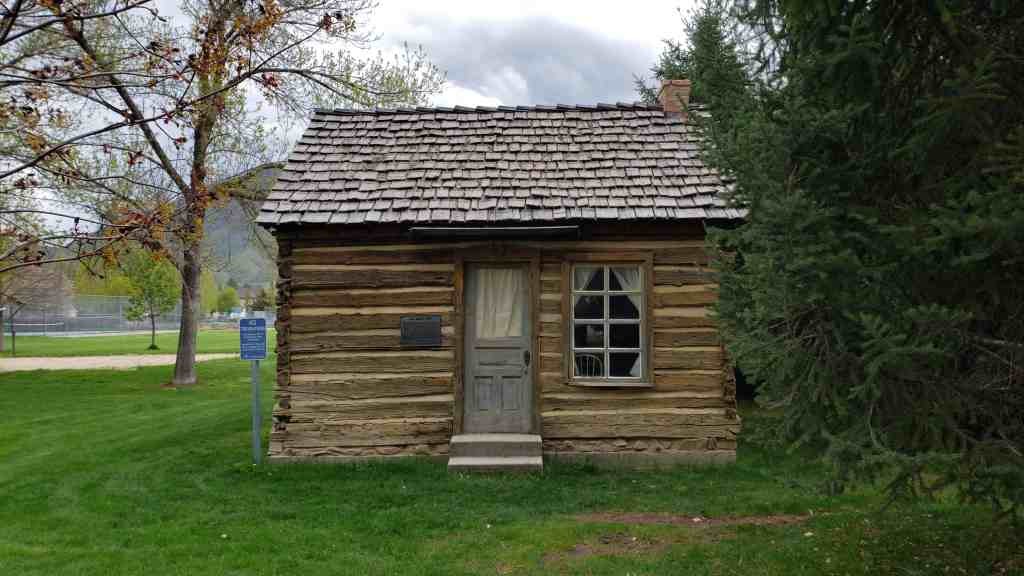 Levi Kendall was a member of the advance guard of the First Company of Pioneers to enter the Salt Lake Valley, July 24, 1847. He assisted in the first plowing and planting after he arrived there. Levi was legally adopted by Brigham Young and was a veteran of the Echo Canyon and Indian Wars.

He and his wife, Eliza, came to Mapleton in the 1880’s, as some of the first settlers. The home was built soon after their arrival to Mapleton, which was then called Union Bench. Morris Bird bought the log house and had it moved over by the Roswell Bird home, as it reminded him of the log cabin that was on the Bird property. He built a cement foundation for it to be put on. This cabin was built originally at 560 West 1600 North in Mapleton. Morris lived in the cabin during the summers.