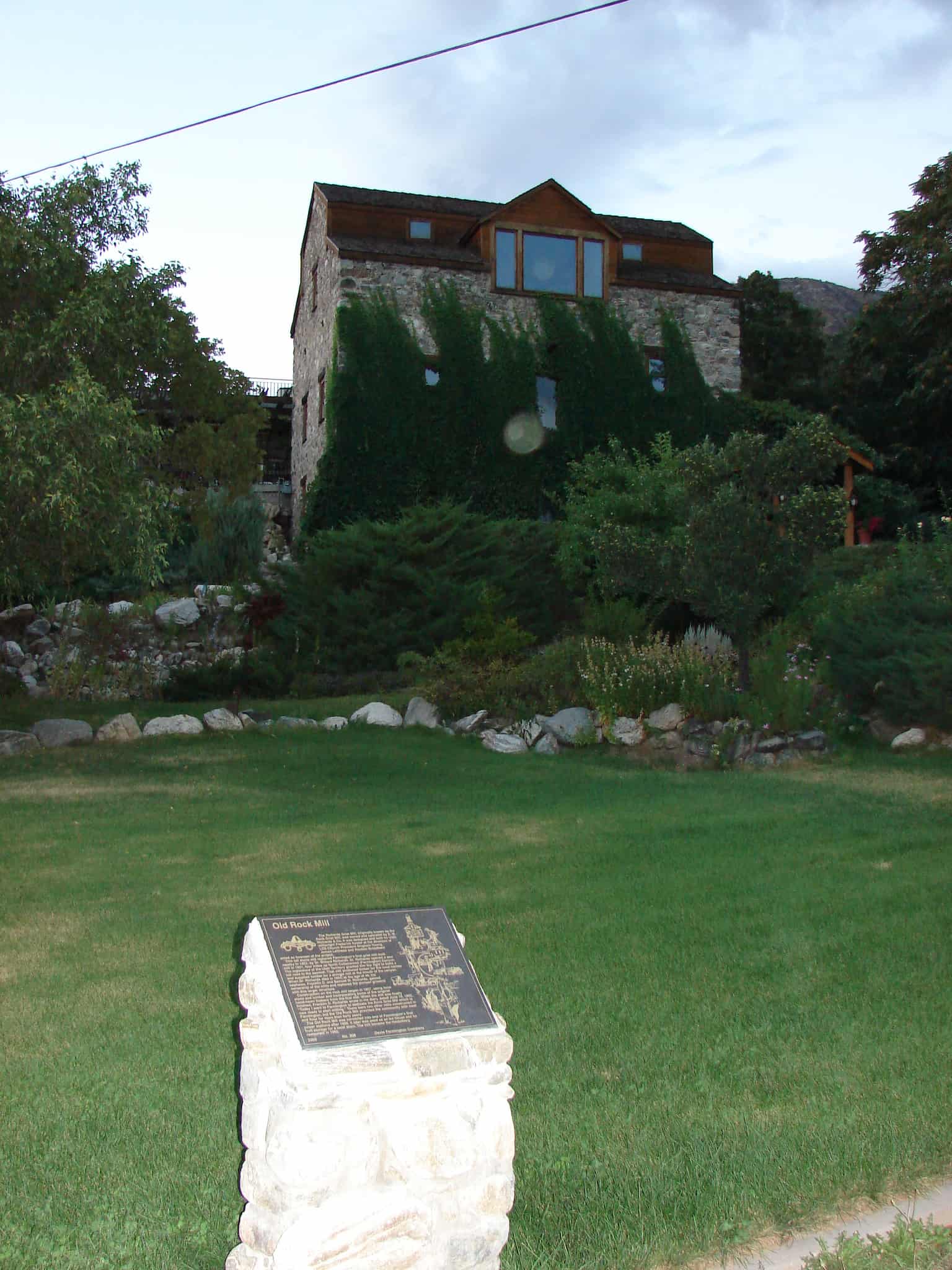 This building, erected in 1849-1850 by Willard Richards, was the first grist mill to serve the community. Rock and lumber came from the nearby canyon. James Leithead and Reuben Broadbent were the workmen. After the death of Dr. Richards, his brother, Franklin D. owned the mill. Later it was equipped as a power station to furnish electricity for the town; also served as an ice house. Many people have lived in this structure, presently known as Heidelberg Rock Farm.