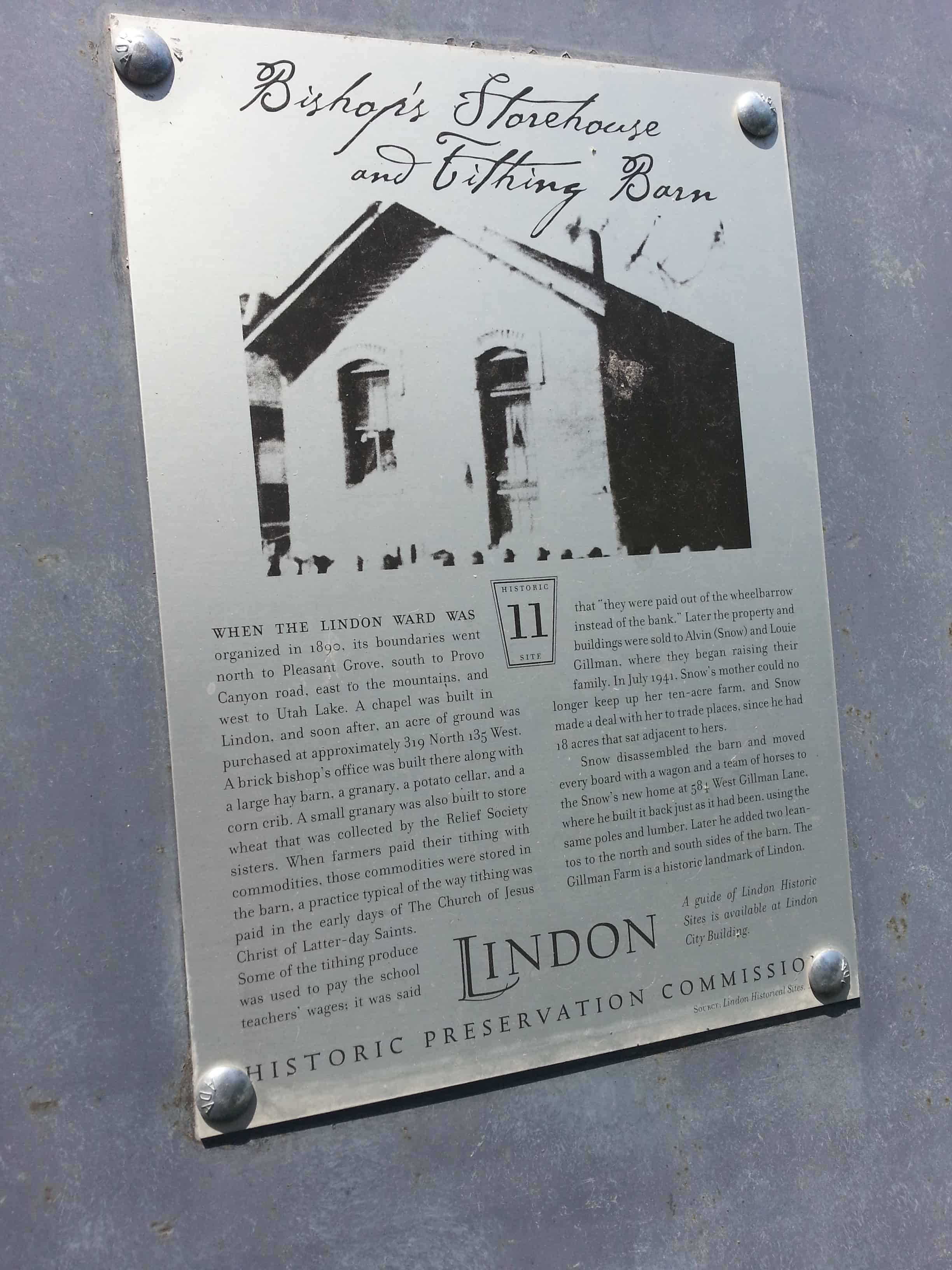 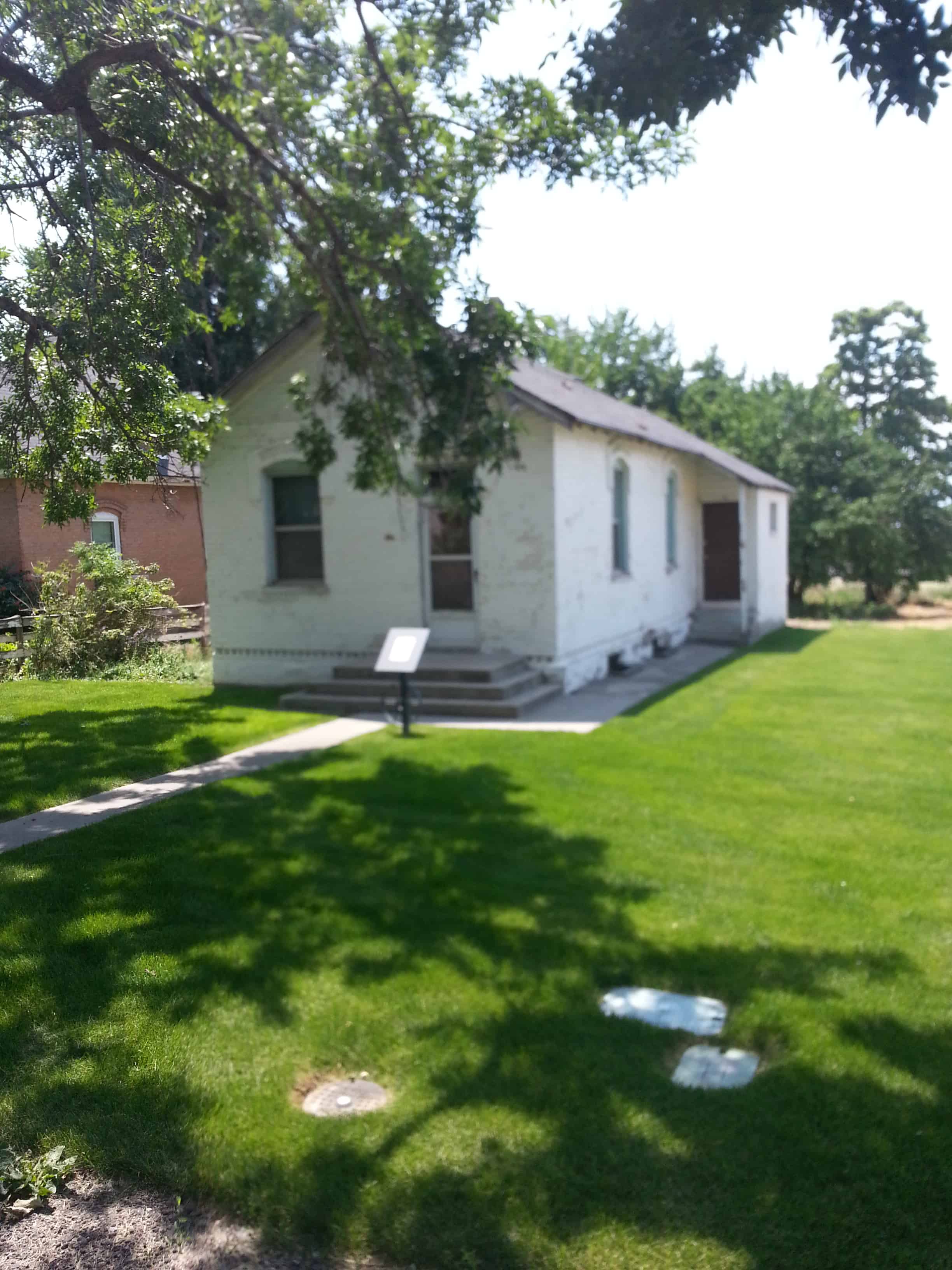 When the Lindon Ward was organized in 1890, its boundaries went north to Pleasant Grove, south to Provo Canyon road, east to the mountains, and west to Utah Lake. A chapel was built in Lindon, and soon after, an acre of ground was purchased at approximately 319 North 135 West. A brick bishop’s office was built there along with a large hay barn, a granary, a potato cellar, and a corn crib. A small granary was also built to store wheat that was collected by the Relief Society sisters. When farmers paid their tithing with commodities, those commodities were stored in the barn, a practice typical of the way tithing was paid in the early days of The Church of Jesus Christ of Latter-day Saints. Some of the tithing produce was used to pay the school teachers’ wages; it was said that “they were paid out of the wheelbarrow instead of the bank.” Later the property and buildings were sold to Alvin (Snow) and Louie Gillman, where they began raising their family. In July 1941, Snow’s mother could no longer keep up her ten-acre farm, and Snow made a deal with her to trade places, since he had 18 acres that sat adjacent to hers.

Snow disassembled the barn and moved every board with a wagon and a team of horses to the Snow’s new home at 584 West Gillman Lane, where he built it back just as it had been, using the same poles and lumber. Later
he added two lean-tos to the north and south sides of the barn. The Gillman Farm is a historic landmark of Lindon.