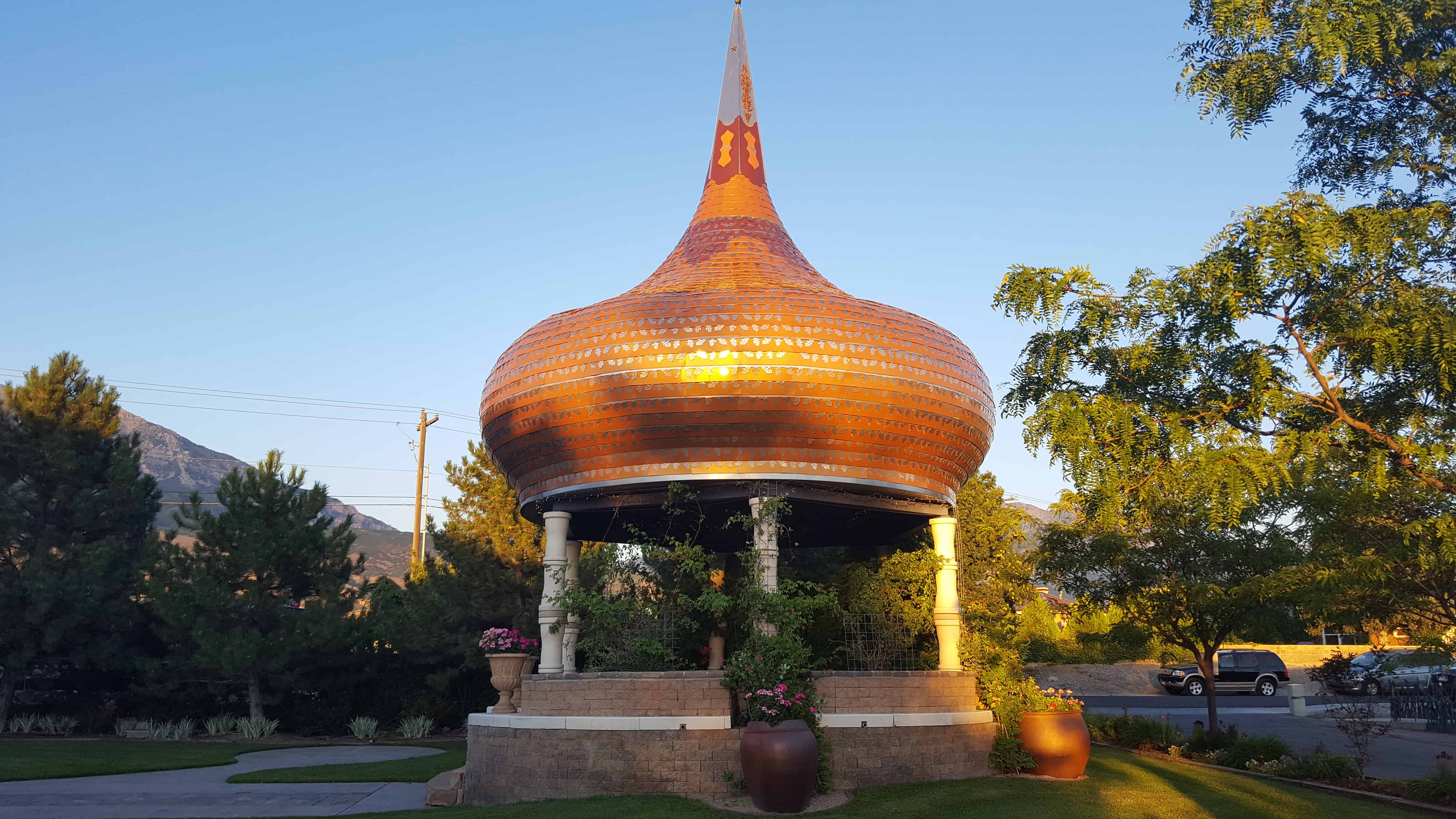 Castle Park Weddings and Events Center is a pretty cool place in Lindon, they host a lot of events for hobbies I have and are cool people.

Hardy is a “railroad siding” or a “map dot,” not really a place anymore now that it has been swallowed up by Orem and Lindon. 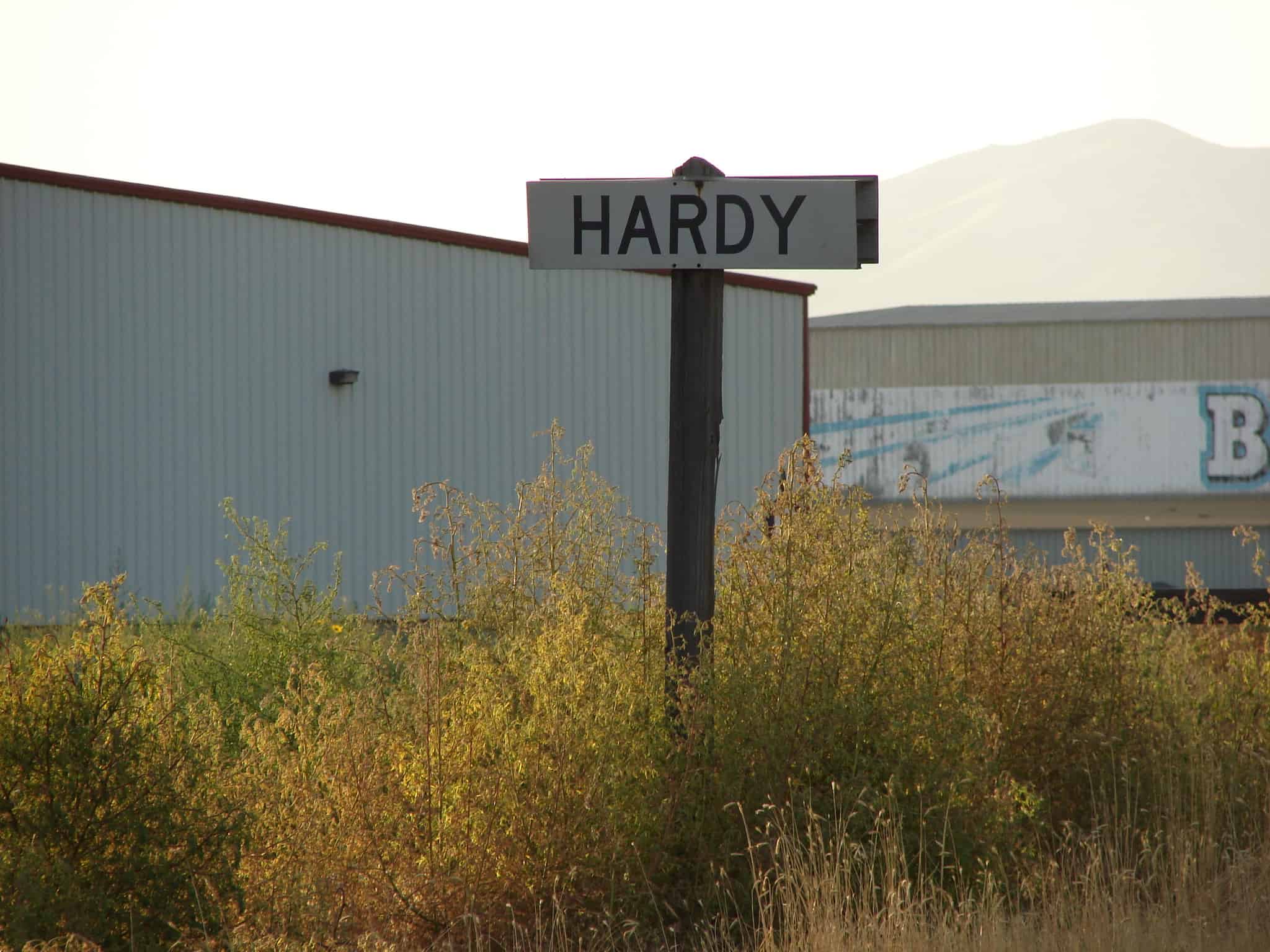 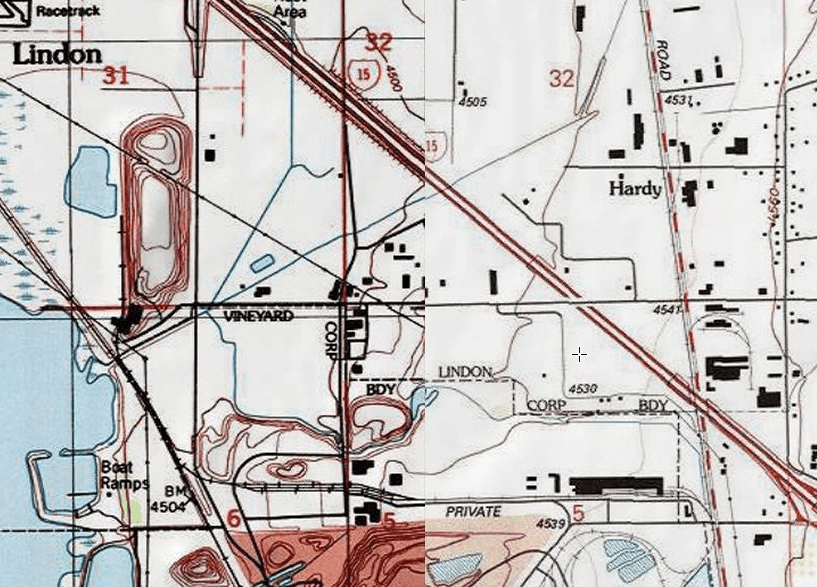 The Geneva Resort was a favorite gathering place for young and old alike, not only from Utah Valley but from Salt Lake Valley as well. Captain John Dallin, who named the resort in honor of his daughter Geneva, began building it in 1890 and did not waste time getting it into operation. Dallin constructed a boat harbor, dug wells, and built a splendid dance pavilion, a hotel, and concession stands.

In 1907 the resort was upgraded to include picnic areas and baseball diamonds. Ferry boat rides and dances were held every Saturday night. The pavillion had open walls, with a space of about five feet between the walls and roof, and the dance floor was built on big springs.

Flowing wells filled two pools with clear water, one cold and one heated by a big boiler. Ball games were played on Saturday afternoons by teams from surrounding towns. In the concession stands you could buy a hamburger for ten cents or root beer for five cents, and you could go swimming for twenty cents. Families would spend vacations at the resort even if they lived only a few miles away.

Many owners have come and gone and the building is now only a memory, but the times that families and friends spent here will never be forgotten.

A giant toboggan slide, built in the 1920s, was one of many lakeside attractions at the Geneva Resort.

Hyrum Wright worked as an apprentice bricklayer as a young man, and in 1900 built this five-bedroom, two-story farmhouse to house his family. Several Wright children were born in the first floor bedroom of this home, which was also called the birthing room.

The home was originally without electricity, so when electric lines were first brought into Lindon about 1906,
Mr. Wright happily installed electricity in the house. Heat was provided by several small wood stoves, each of which attached to one of four tall chimneys (now missing). Originally water was obtained from a pump in the front yard.

The Wright farm produced sugar beets for the nearby sugar factory, and the Wrights also raised chickens, milk cows, fruit and hazelnut trees, and vegetables. Barns containing farming equipment and animals stood in back of the house.

The spacious home was available for many community gatherings, and most Lindon funerals were held in the large front parlor (lower left). In later years, the Wright land was used as a nursery, and the trees still standing in the old lakefront Lindon Park were donated for that use by Mr. Wright. 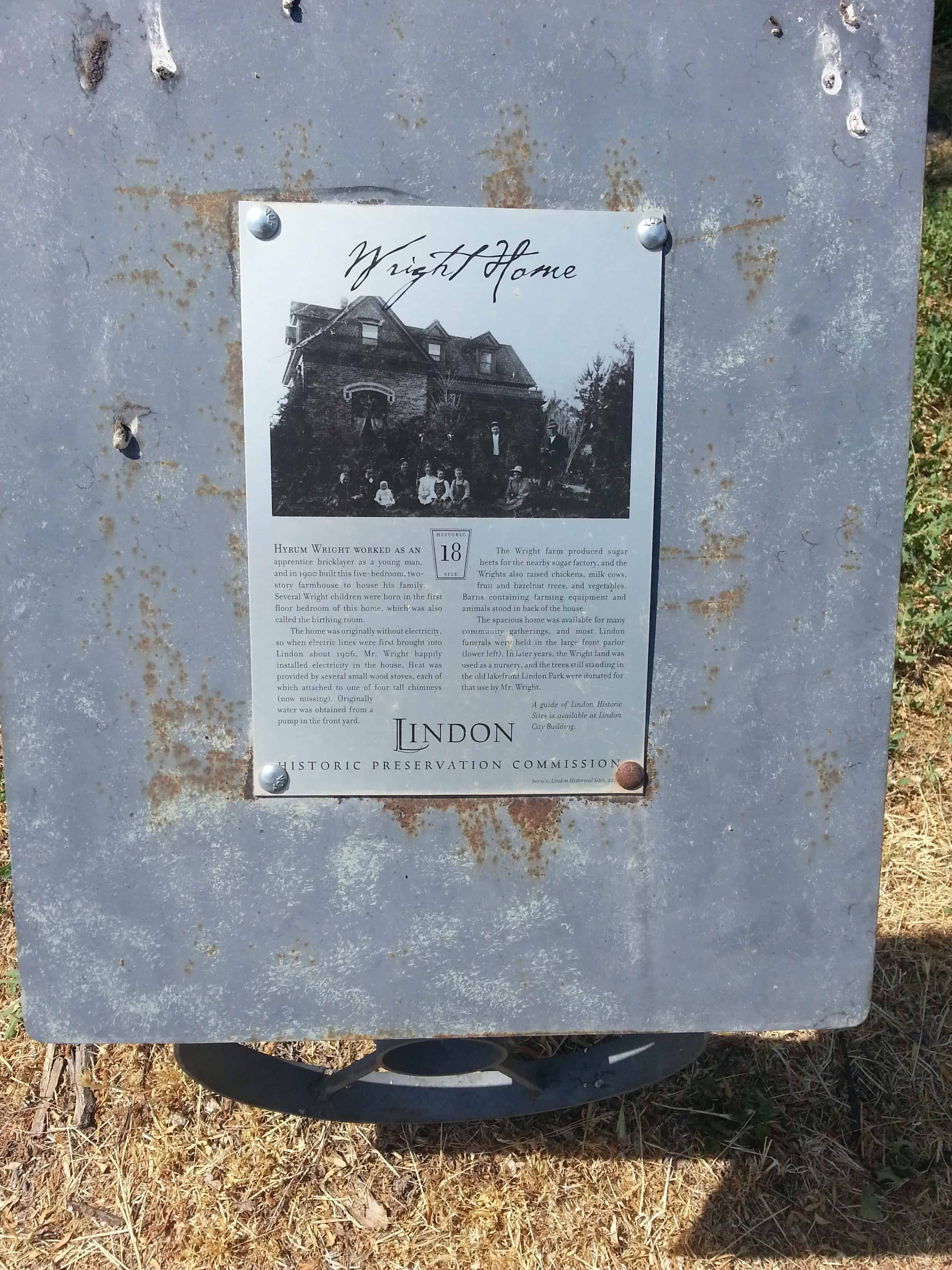 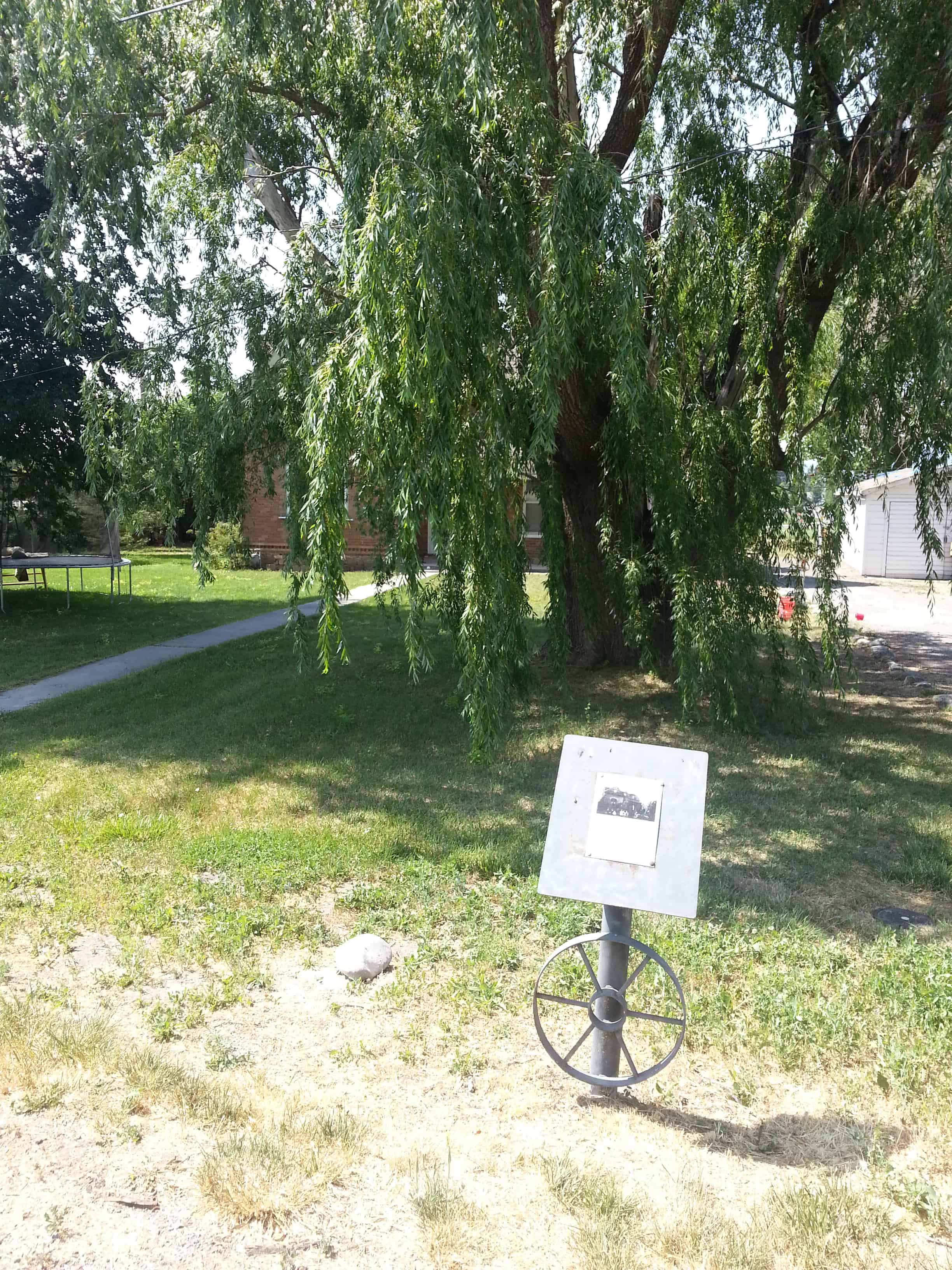 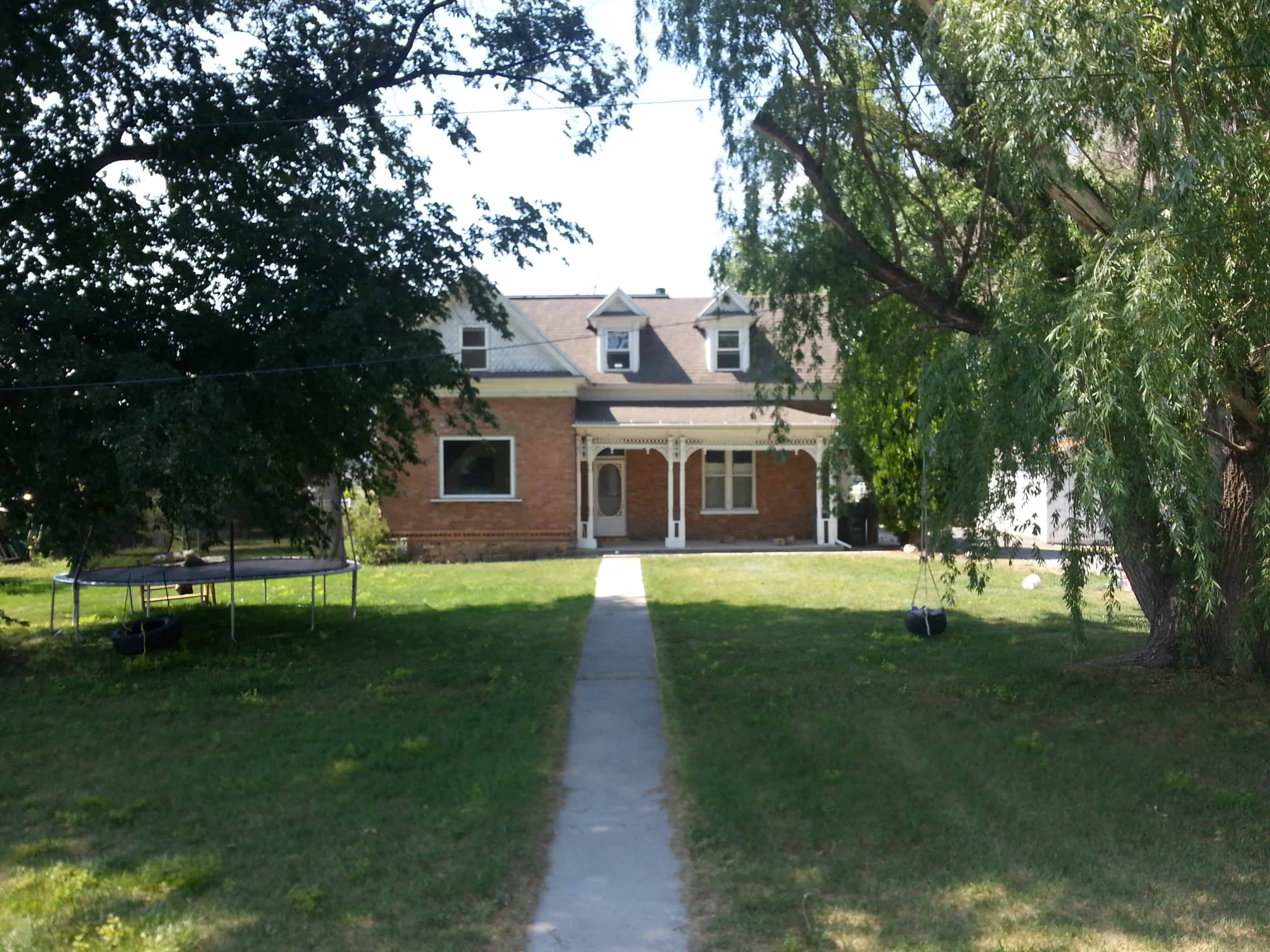 In 1863, James Henry Gillman purchased 10 acres of land from James Cullimore and established this farm. Gillman built a house on the property for his wife and family, and after his death, his son John Chesterton Gillman moved back home with his own family. The original house burned down in 1902.

In 1903–04 John Gillman hauled soil and rocks with a team of horses to fill in a hollow near the original site
in order to build a new two-room brick house. Later, two more rooms and a large pantry were added.

In 1941 John’s son Alvin “Snow” Gillman and his wife, Louie Thorne Gillman, bought the property. Snow and Louie also owned the old Lindon tithing office, and when they moved to the Gillman farm, Snow disassembled the barn and granaries and rebuilt them on the farm, where they stand today. At the same time, the Gillmans began remodeling the house, but had to wait until after the end of World War II to finish the plumbing.

The farm has been owned and worked by four generations of the Gillman family and continues in use today. It also was recognized recently by the State of Utah as a Century Farm. 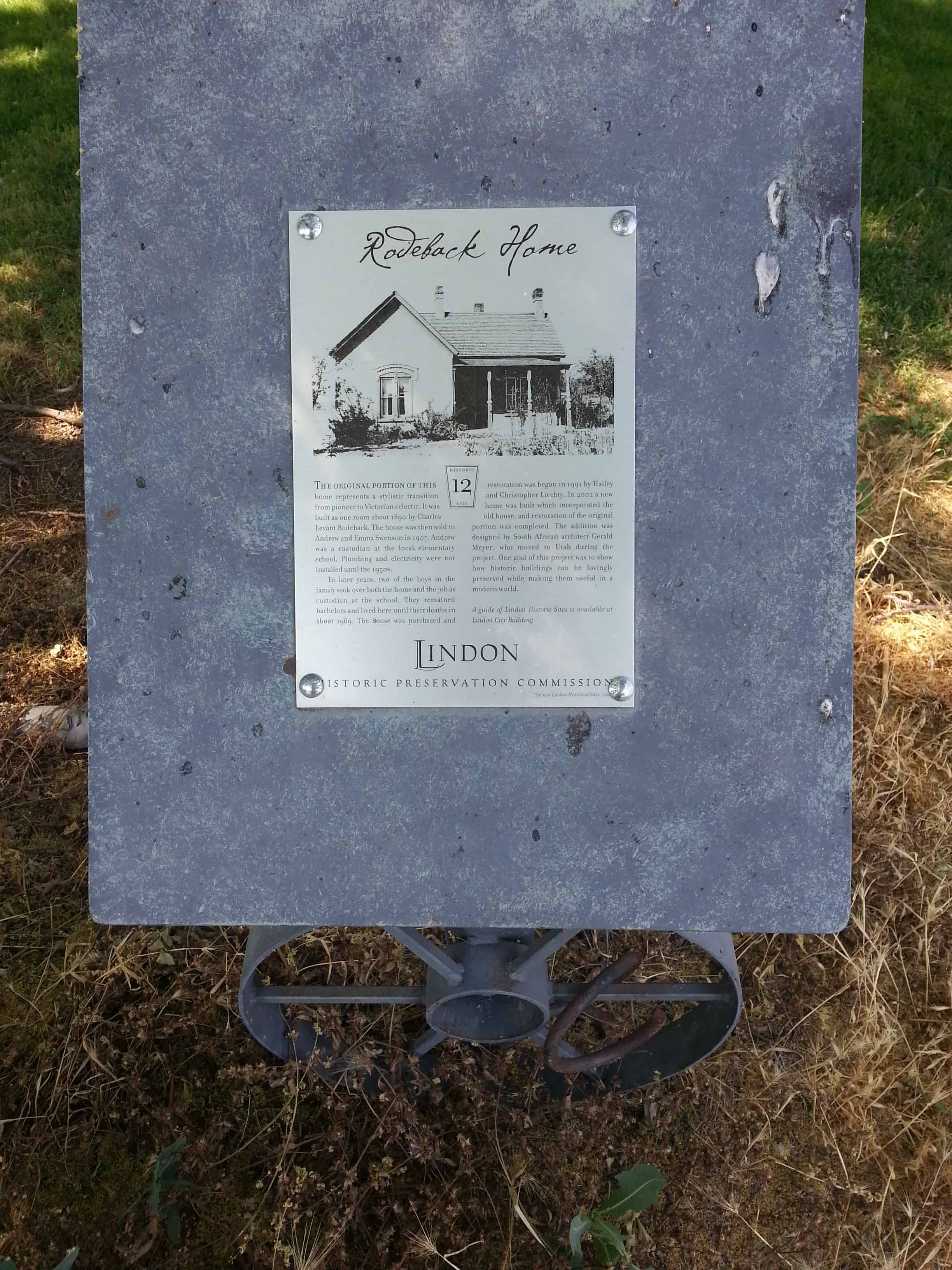 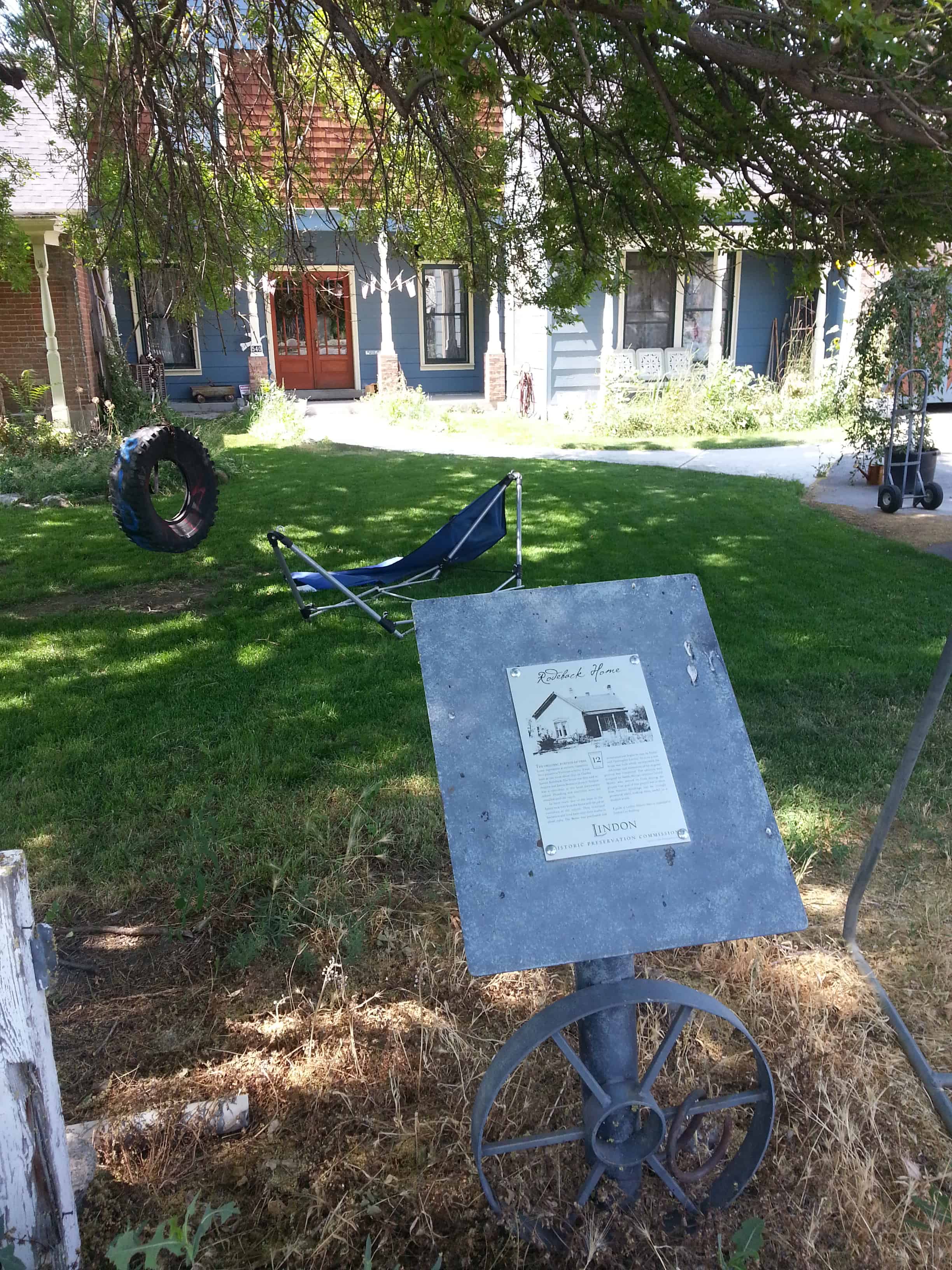 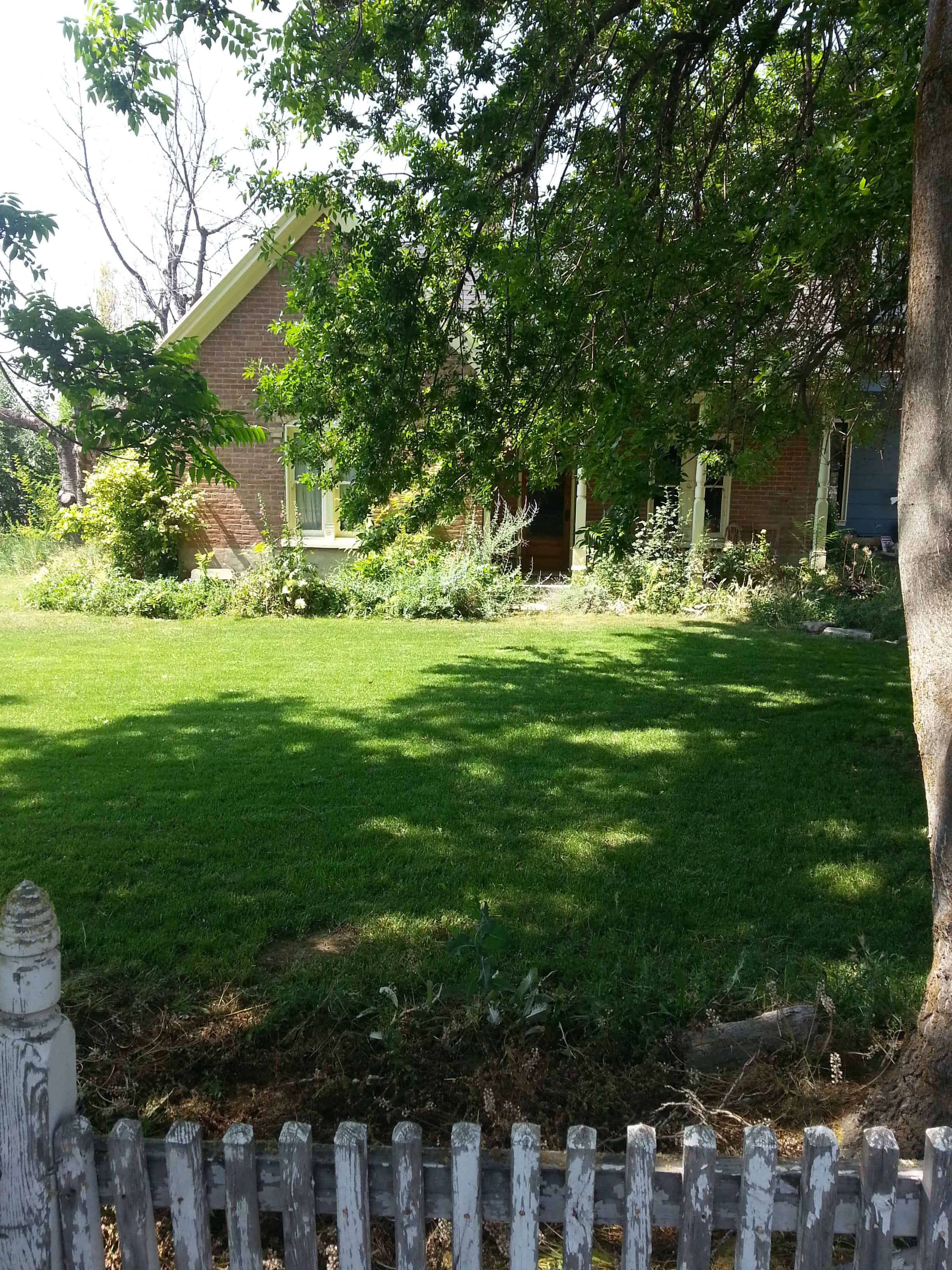 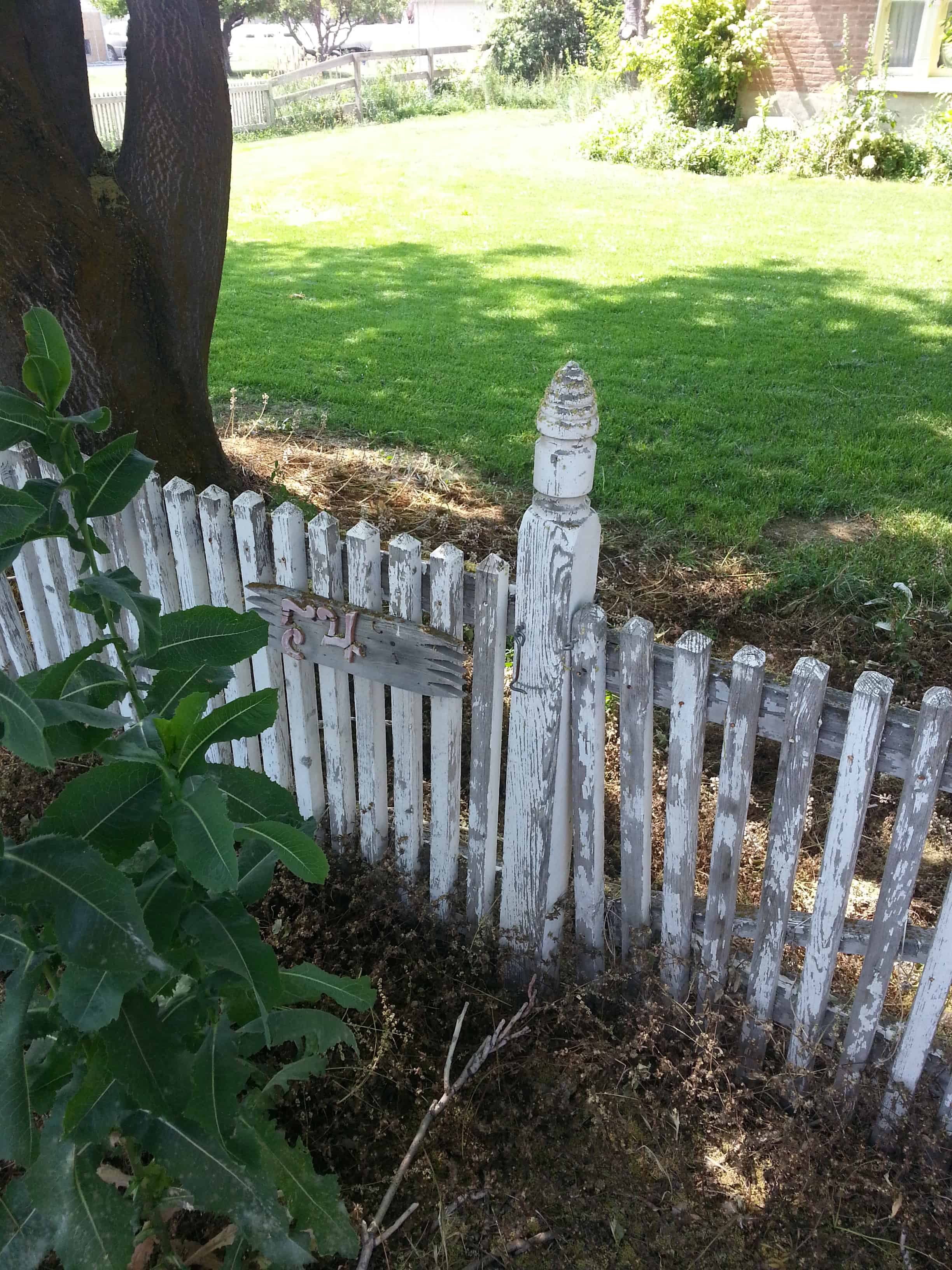 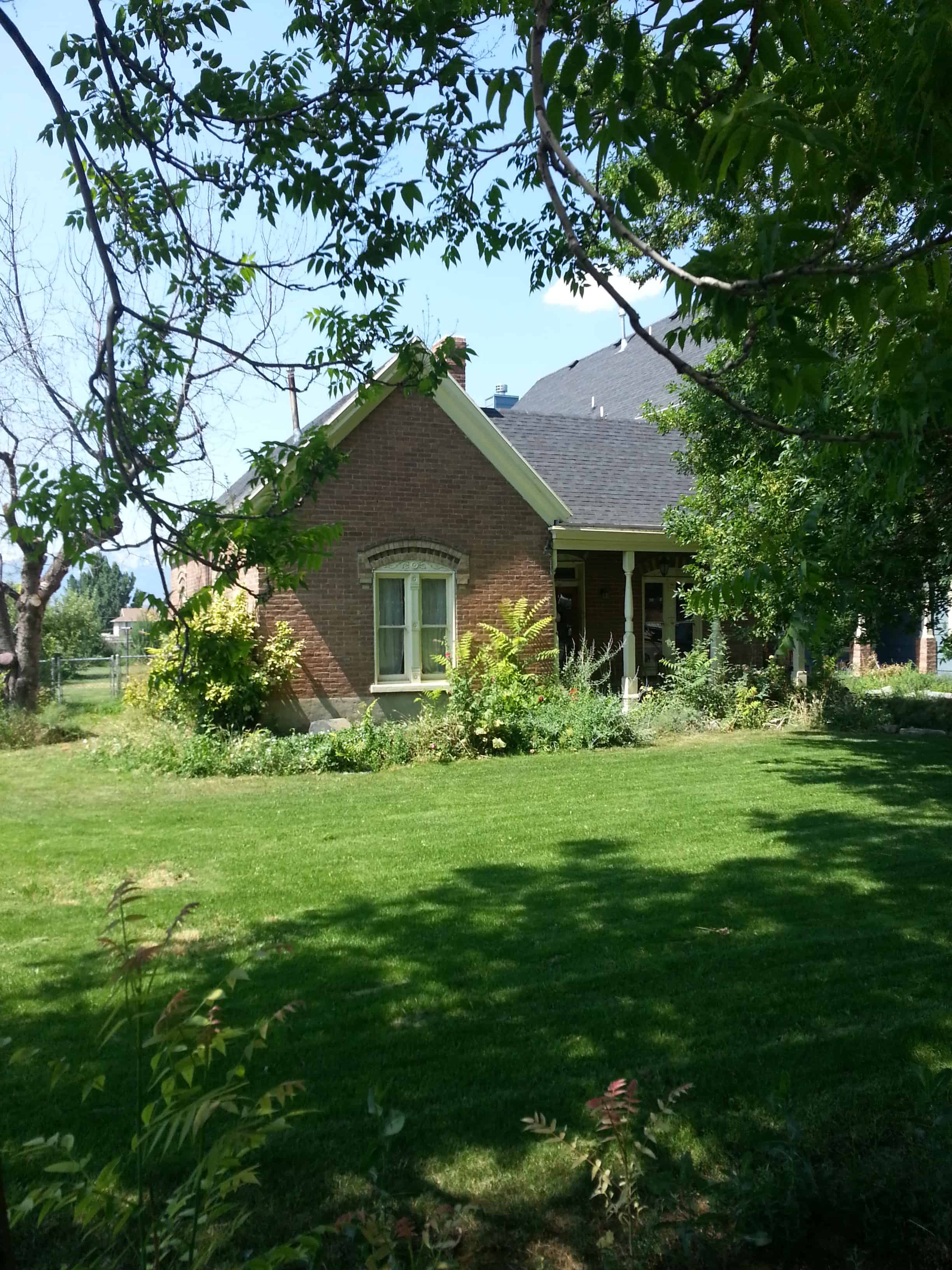 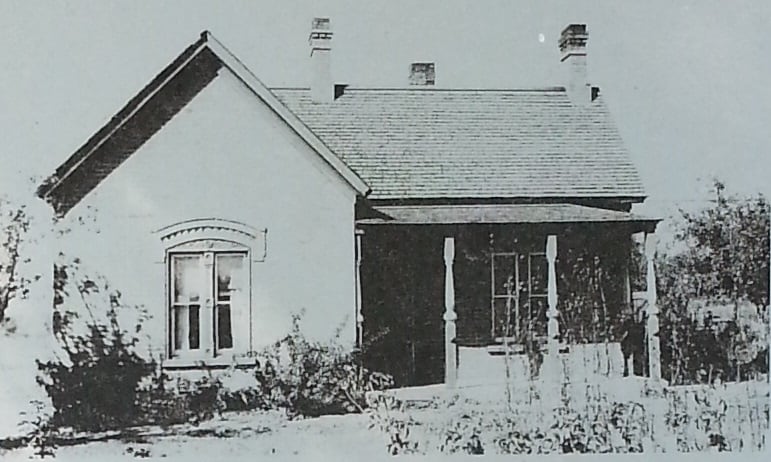 The original portion of this home represents a stylistic transition from pioneer to Victorian eclectic. It was built as one room about 1890 by Charles Levant Rodeback. The house was then sold to Andrew and Emma Swenson in 1907. Andrew was a custodian at the local elementary school. Plumbing and electricity were not installed until the 1950s.

In later years, two of the boys in the family took over both the home and the job as custodian at the school.
They remained batchelors and lived here until their deaths in about 1989. The house was purchased and restoration was begun in 1991 by Hailey and Christopher Liechty. In 2002 a new home was built which incorporated the old house, and restoration of the original portion was completed. The addition was designed by South African architect Gerald Meyer, who moved to Utah during the project. One goal of this project was to show how historic buildings can be lovingly preserved while making them useful in a modern world. 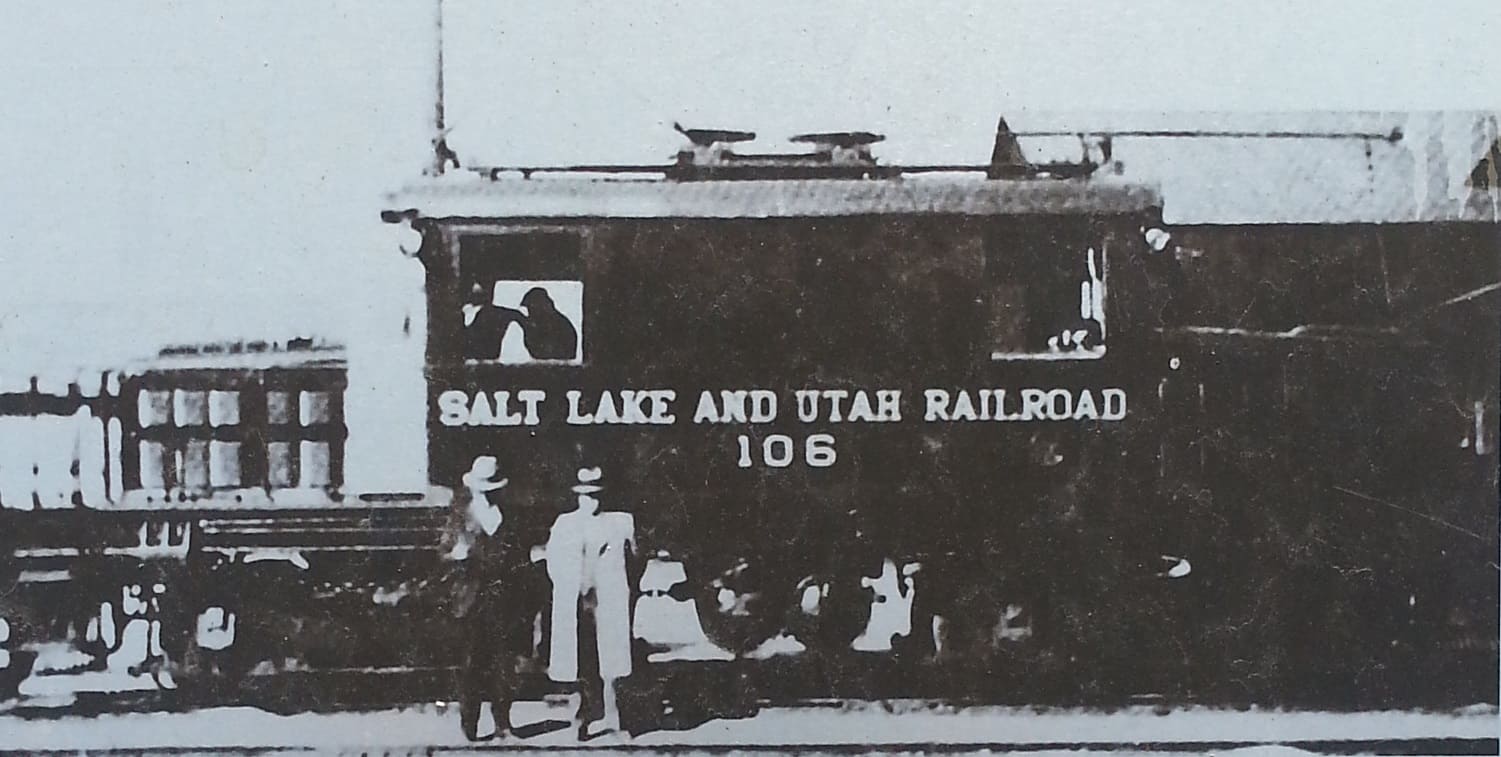 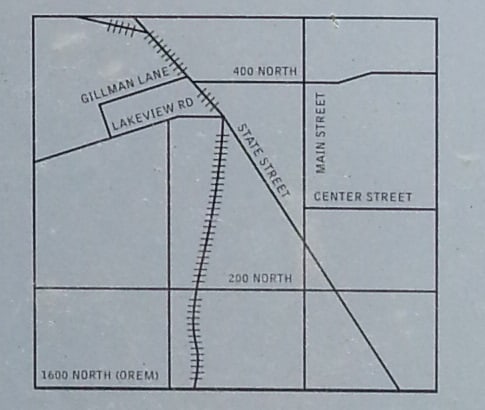 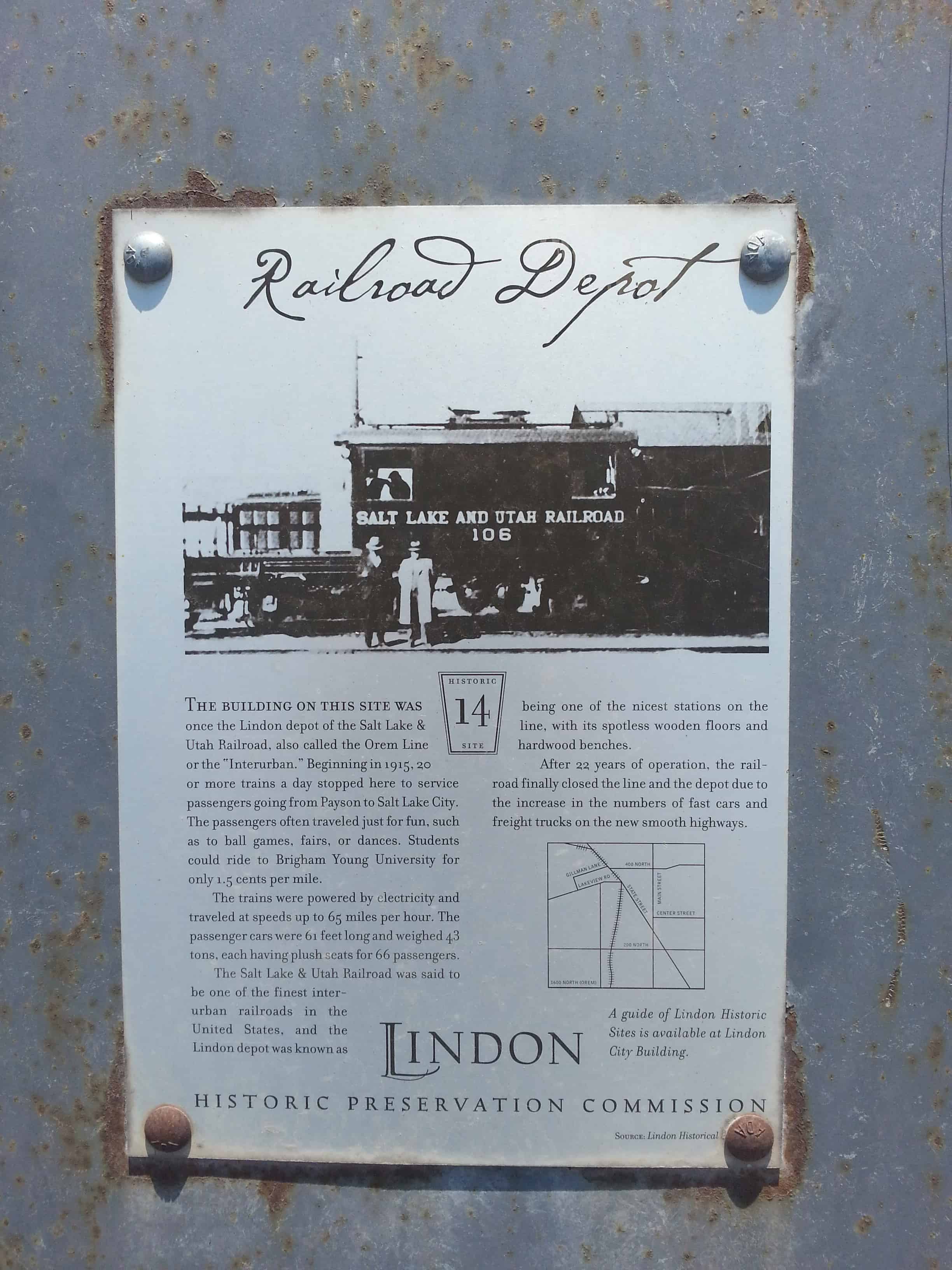 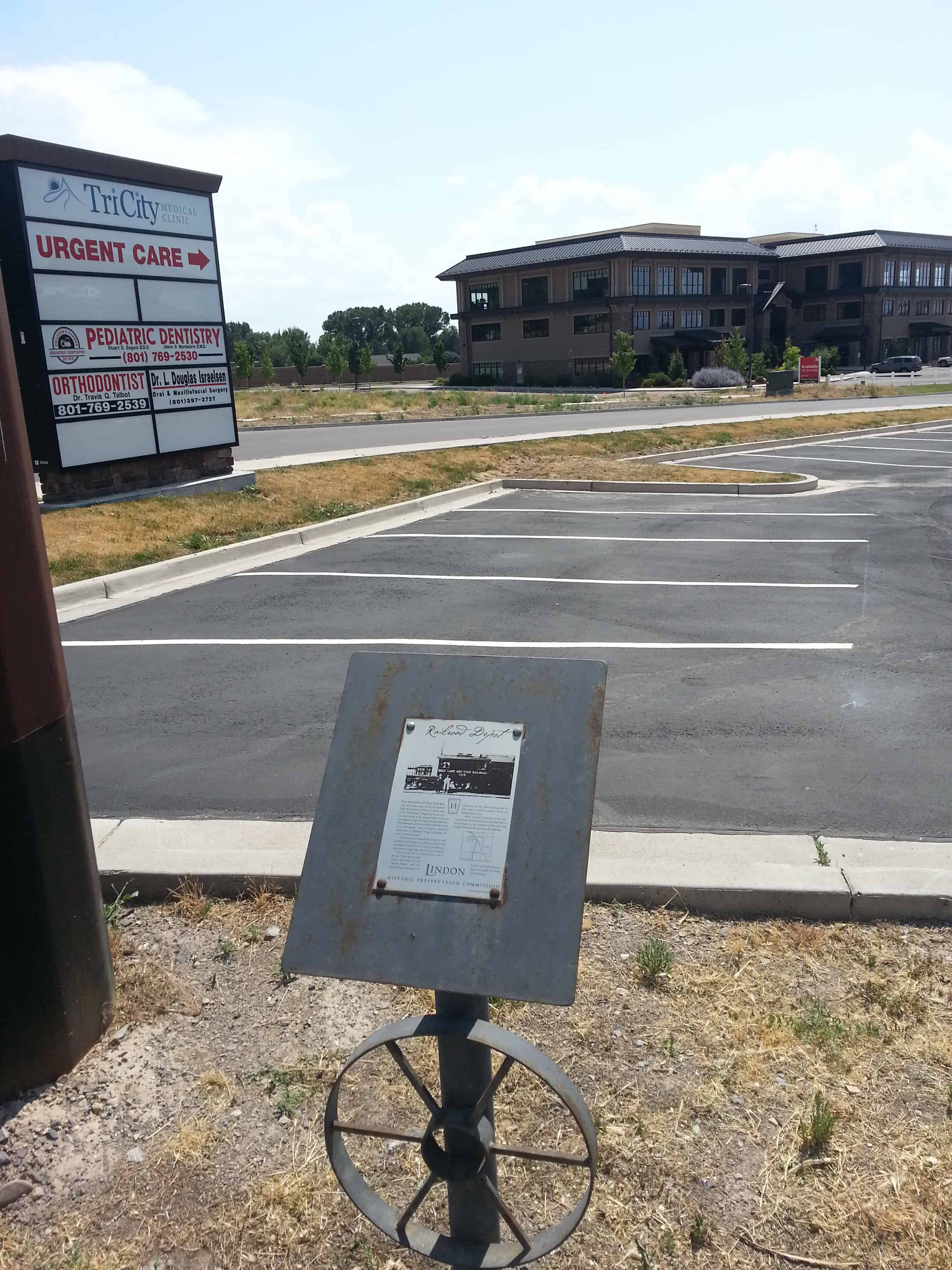 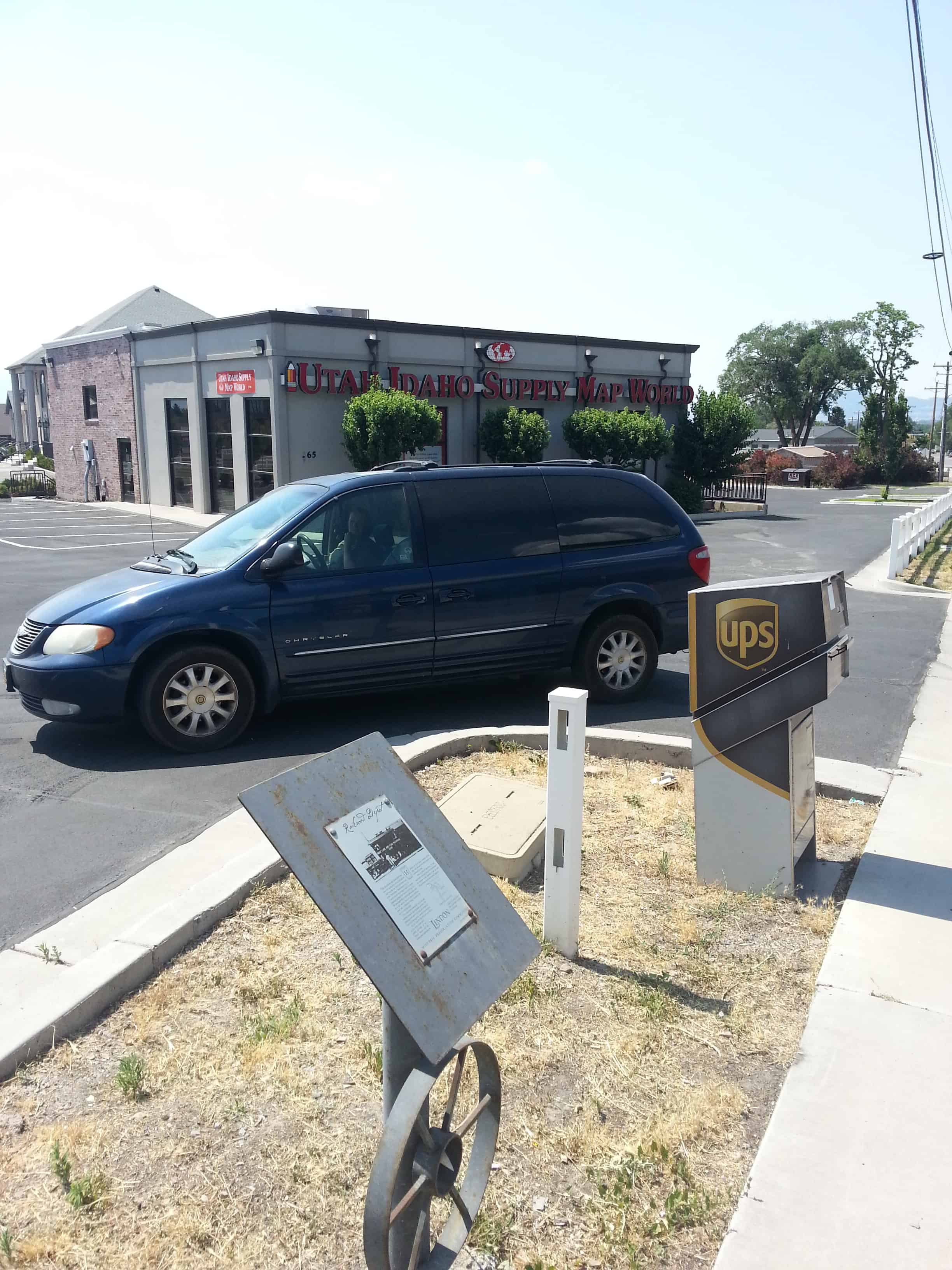 The building on this site was once the Lindon depot of the Salt Lake & Utah Railroad, also called the Orem Line or the “Interurban.” Beginning in 1915, 20 or more trains a day stopped here to service passengers going from Payson to Salt Lake City. The passengers often traveled just for fun, such as to ball games, fairs, or dances. Students could ride to Brigham Young University for only 1.5 cents per mile.

The trains were powered by electricity and traveled at speeds up to 65 miles per hour. The passenger cars
were 61 feet long and weighed 43 tons, each having plush seats for 66 passengers.

The Salt Lake & Utah Railroad was said to be one of the finest interurban railroads in the United States, and the Lindon depot was known as being one of the nicest stations on the line, with its spotless wooden floors and hardwood benches.

After 22 years of operation, the railroad finally closed the line and the depot due to the increase in the
numbers of fast cars and freight trucks on the new smooth highways. 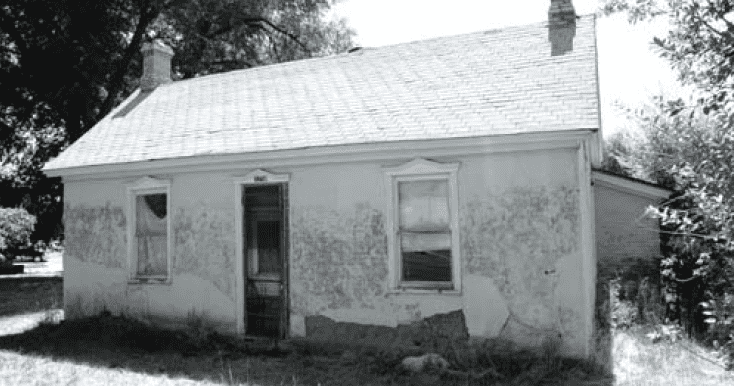 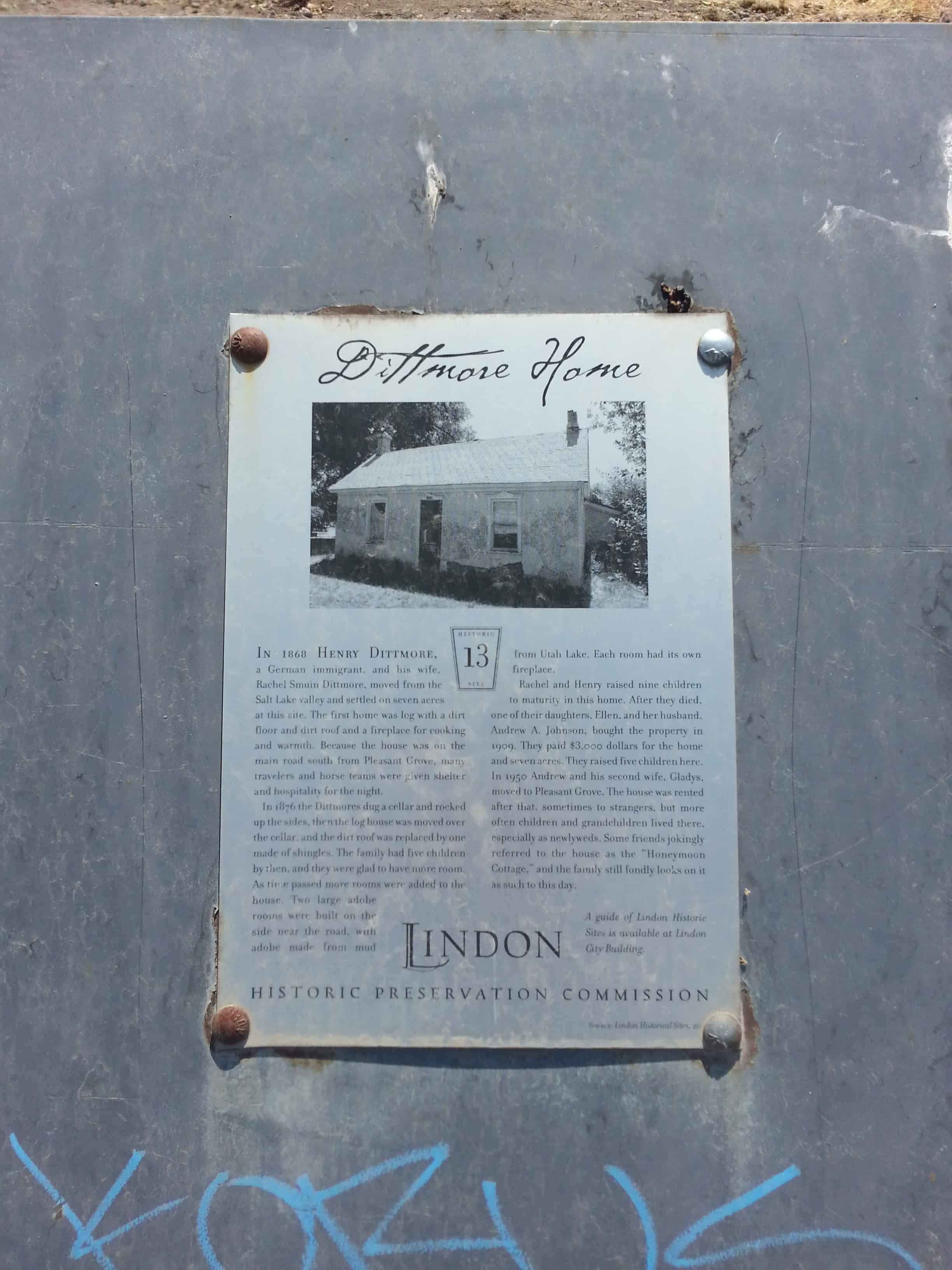 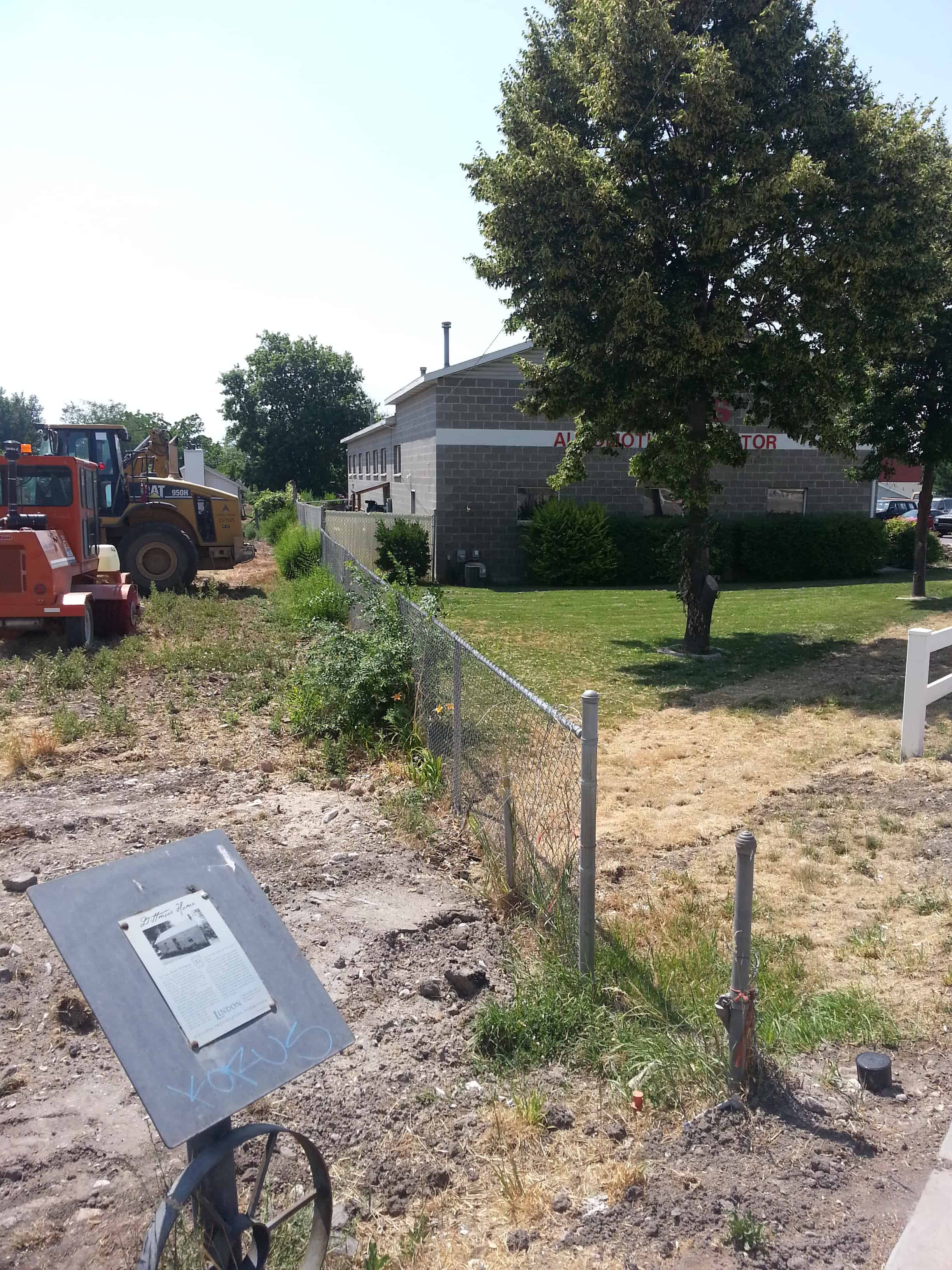 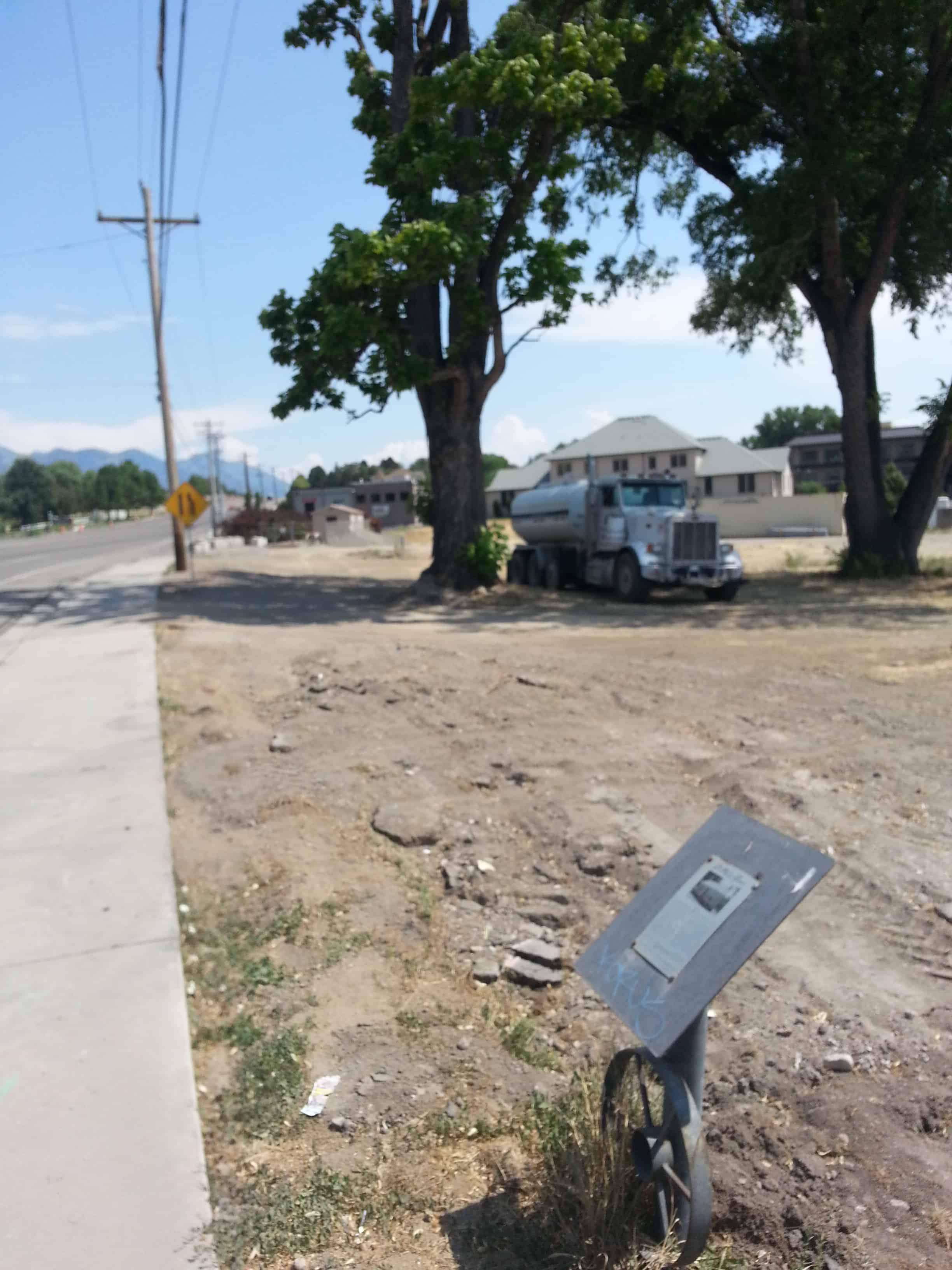 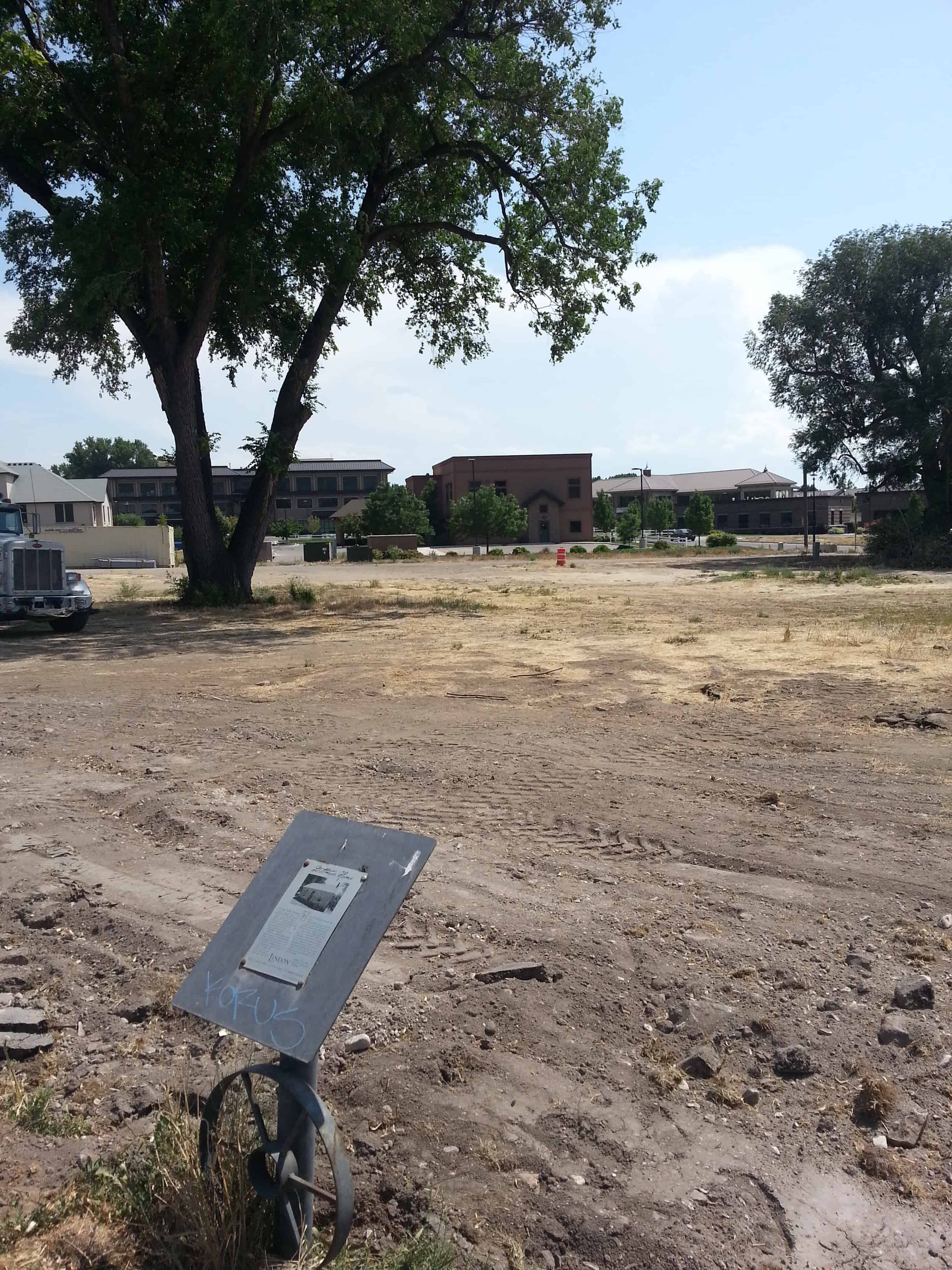 In 1868 Henry Dittmore, a German immigrant, and his wife, Rachel Smuin Dittmore, moved from the Salt Lake Valley and settled on seven acres at this site. The first home was log with a dirt floor and dirt roof and a fireplace for cooking and warmth. Because the house was on the main road south from Pleasant Grove, many travelers and horse teams were given shelter and hospitality for the night.

In 1876 the Dittmores dug a cellar and rocked up the sides, then the log house was moved over the cellar, and
the dirt roof was replaced by one made of shingles. The family had five children by then, and they were glad to have more room. As time passed more rooms were added to the house. Two large adobe rooms were built on the side near the road, with adobe made from mud from Utah Lake. Each room had its own fireplace.

Rachel and Henry raised nine children to maturity in this home. After they died, one of their daughters, Ellen, and her husband, Andrew A. Johnson, bought the property in 1909. They paid $3,000 dollars for the home and seven acres. They raised five children here. In 1950 Andrew and his second wife, Gladys, moved to Pleasant Grove. The house was rented after that, sometimes to strangers, but more often children and grandchildren lived there, especially as newlyweds. Some friends jokingly referred to the house as the “Honeymoon Cottage,” and the family still fondly looks on it as such to this day.

This home was originally built by Lewis Seth Robison, a lawyer, teacher, farmer, manufacturer. Born in Illinois, he studied law and passed the bar in that state before moving to Utah when he was in his early twenties. Law presented scant opportunities in rural Utah in that period, a few years after the end of the civil war. He married Mary Melissa Driggs in Salt Lake City in 1873.

Robison had the honeycomb limestone brick hauled from American Fork Canyon and cut on-site. Other historical
structures in Lindon employ the same materials.

The cider mill was located between the house and the barn, an area now covered by the north parking lot.

Before the turn of the century, a barrel of apple cider was considered a necessity. Families drank sweet cider during the winter and used the remainder for vinegar in the summer. Withou t a water source, the mill had to be powered by a horse and mule team hitched to the main cog. Crushed apples were shoveled by hand onto a roller press, and the juice was allowed to drip directly into barrels.

The cider could be potent—long-time residents recall with amusement the time a cow became “drunk” from feasting on leftover pulp.