Lyman was originally known as East Loa. It became a distinct place from Loa in 1893. 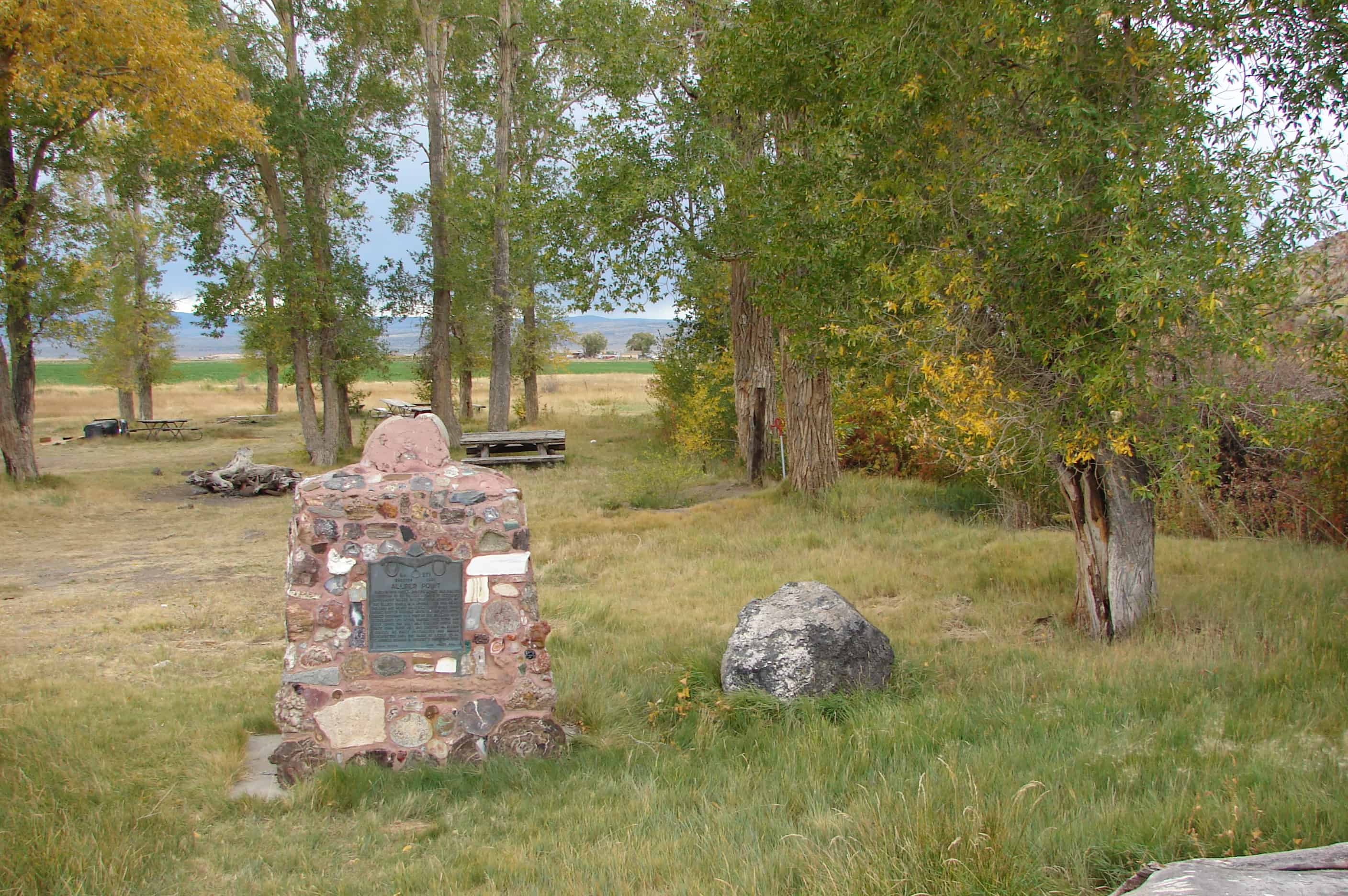 Early in 1876 Andrew Jackson Allred was called by Brigham Young to lead a group of settlers into Rabbit Valley, including ten members of the Allred family, W.W. Morrel and son Silas, William and Henry Maxfield. They built their homes east of Fremont River but due to floods, moved westward to a point of the hill. Here were established log cabins, trading post, store and post office. One half mile further south the first burr grist mill was erected. Mr. Allred served as first postmaster and Indian interpreter. Only the grave of little Silas W. Morrell remains in Fremont’s first cemetery. 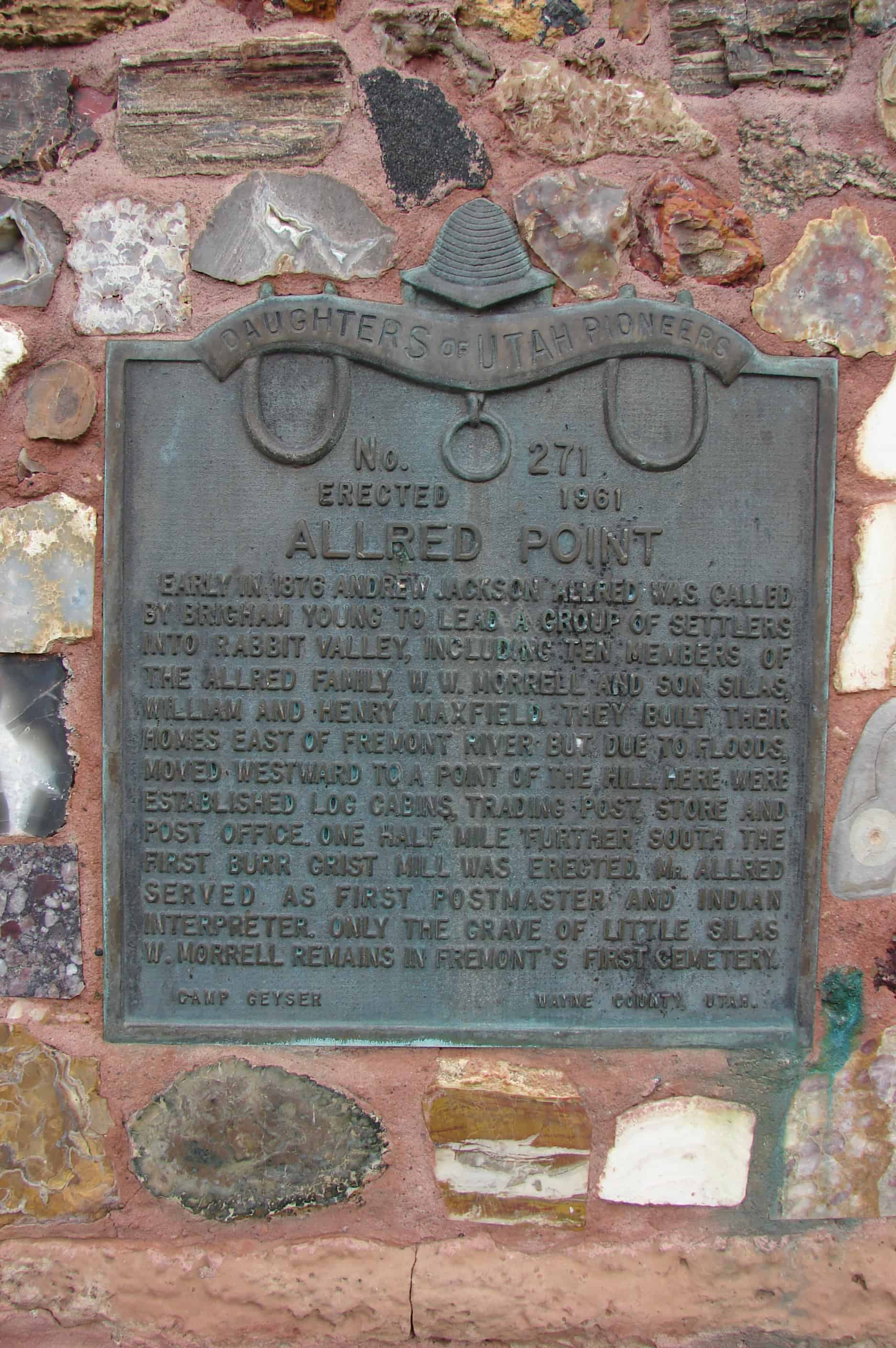 Built in 1897, at a cost of $1,000, by Peter Christensen who fired the brick in a kiln between Lyman and Horse Valley Ranch. Benjamin F. Brown carved the wood decorations. Used only for tithing office as long as offerings were paid in produce. It then became the Wayne Stake presidential office. Now owned by Daughters of Utah Pioneers, where pioneer relics are displayed and meetings held.

This is Daughters of Utah Pioneers historic marker #396 located in Loa, Utah.