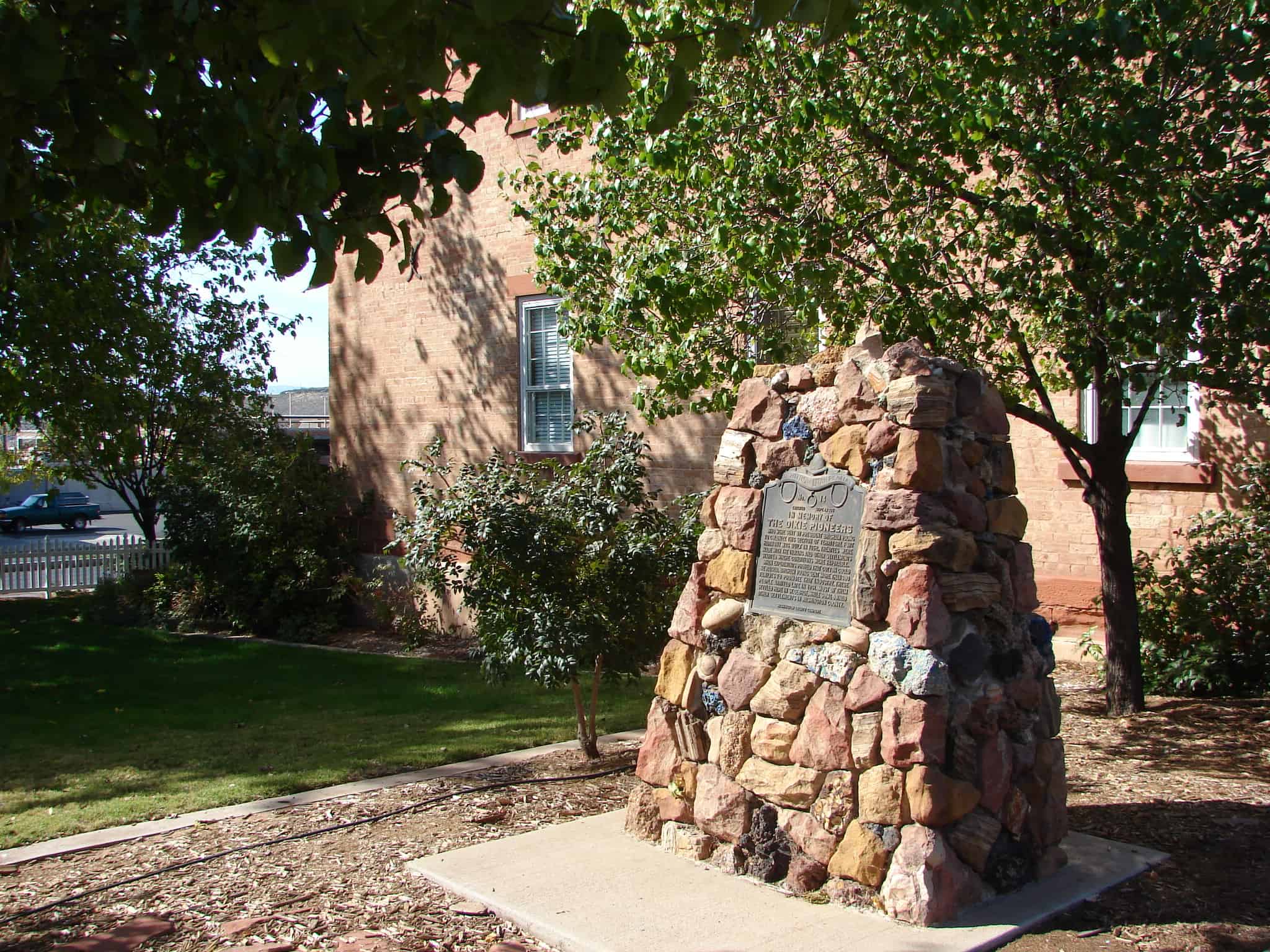 IN MEMORY OF THE DIXIE PIONEERS who were sent by President Brigham Young to colonize this section of territory. Fort Harmony was built in 1852. Treaties were made with the Indians and other settlements started where conditions were favorable. When experiments proved that cotton could be raised, Brigham Young sent more than 300 families to promote that industry. These people arrived late in 1861. Most of them settled here; in St. George, while some joined other settlements in Washington County. 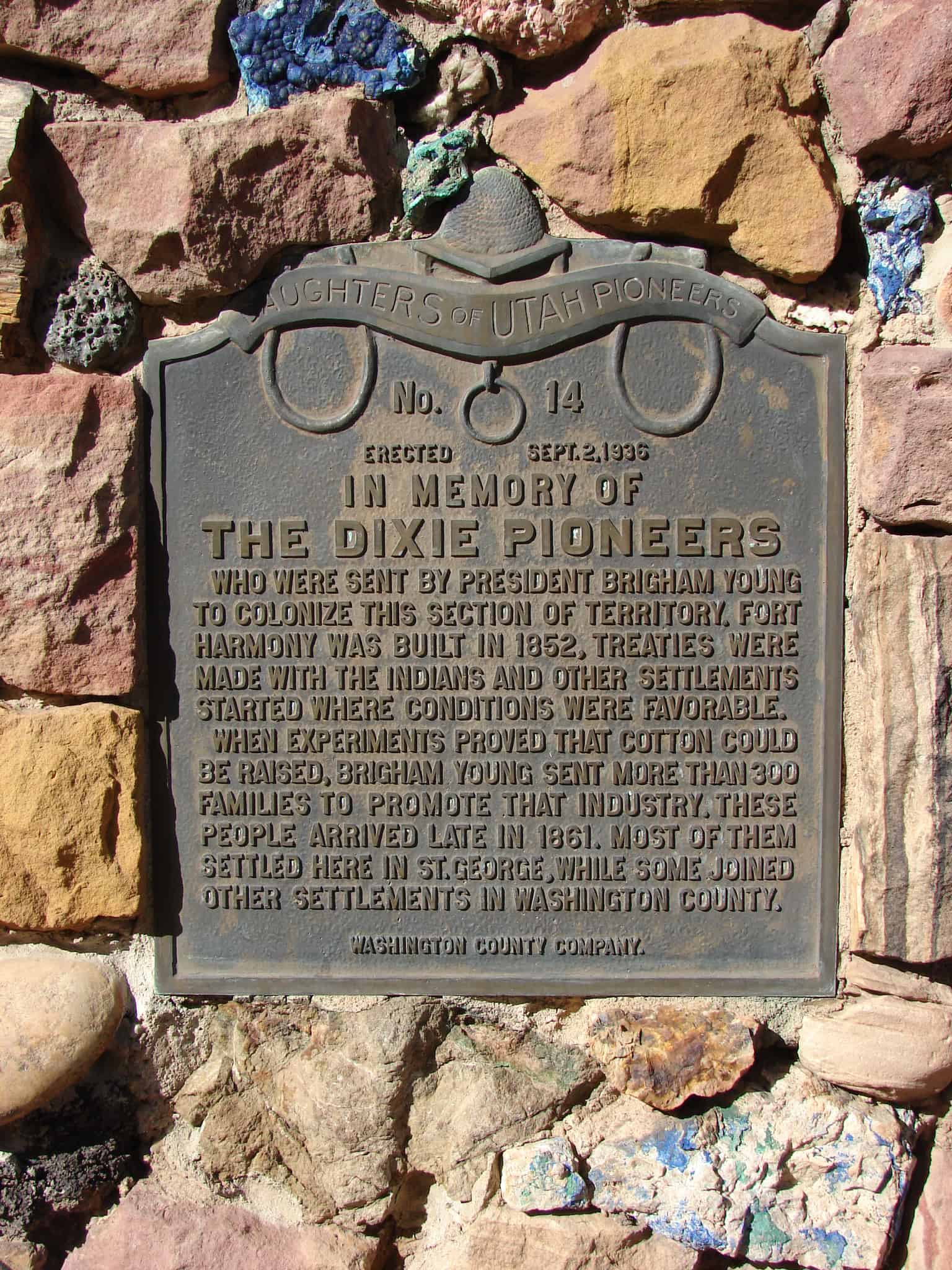 2 thoughts on “The Dixie Pioneers”