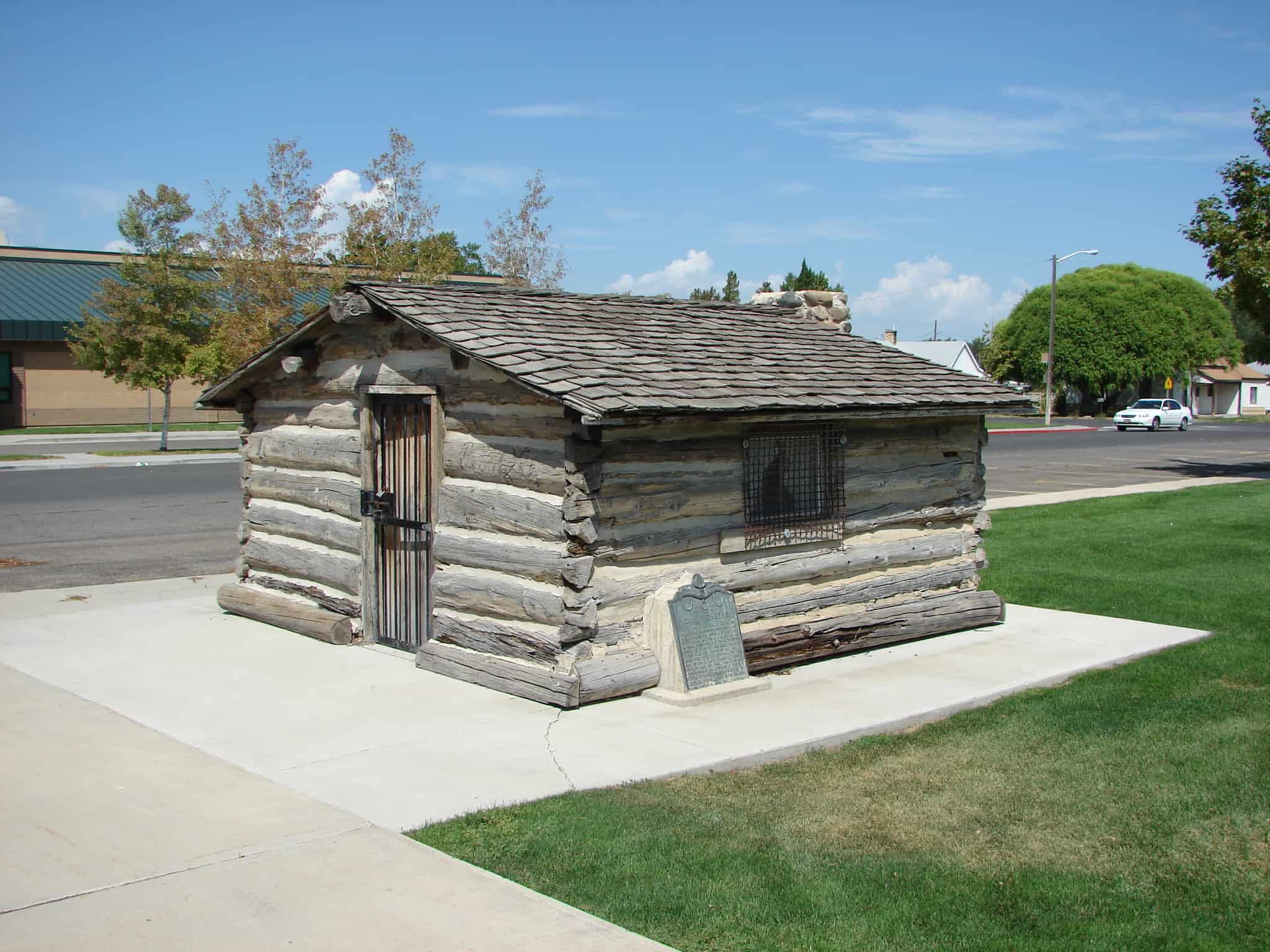 Payson was settled Oct. 20, 1850, when a group of Mormons consisting of James Pace, John C. Searle, Andrew J. Stewart with their families, and two boys, Allison Hill and Nathaniel Haws, arrived at the north-western extremity of the city. The creek on which Payson is located, derives its name from the Indian Chief Peteetneet, for whom the town was first named, later changed to “Pacen” in honor of James Pace, hence “Payson”. This cabin built in 1863, on the outskirts of Payson by Everett Richmond, English emigrant. 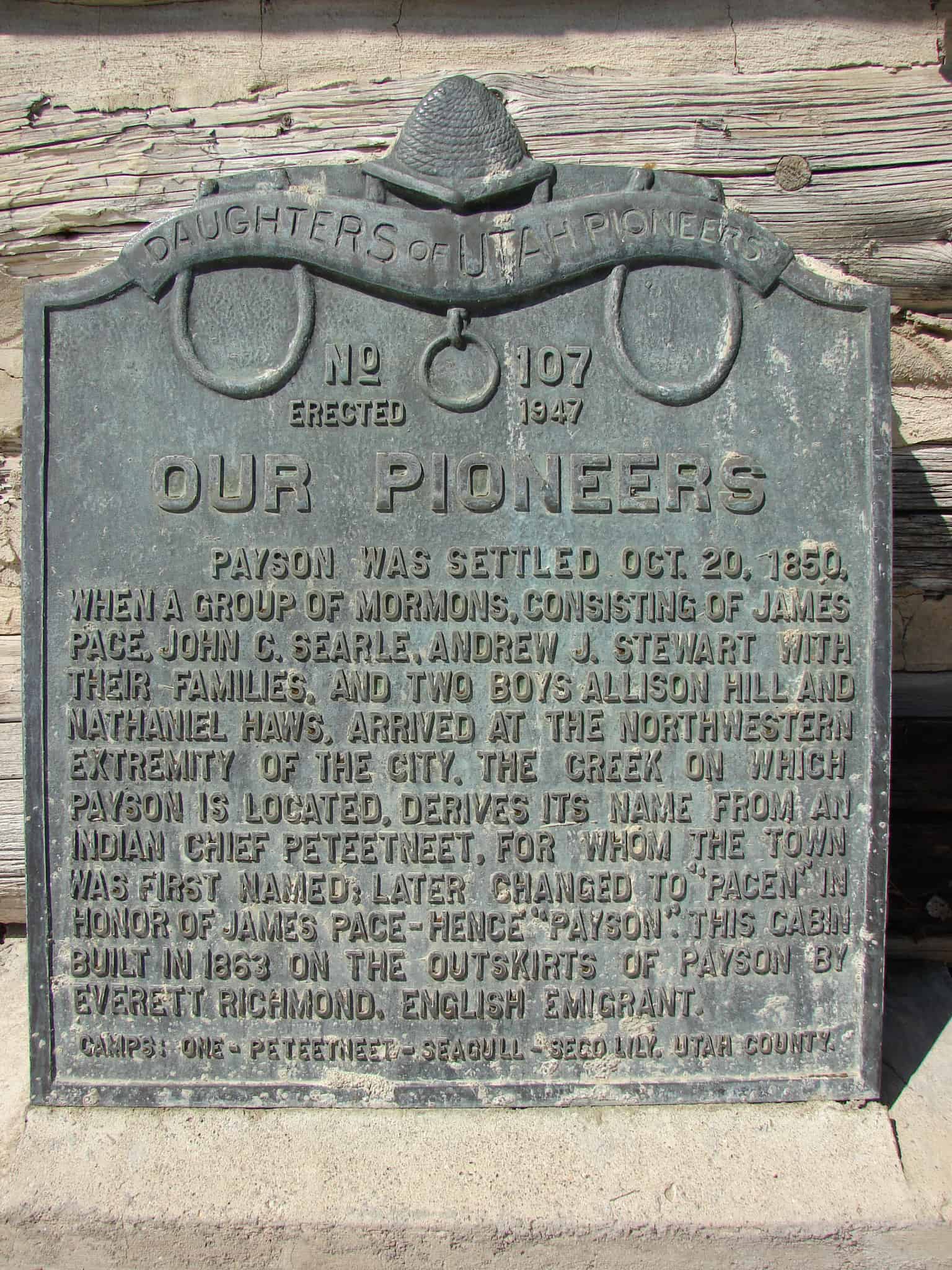 1 thought on “Our Pioneers”