There is a Henry George Cigar mural on the north side, see others of those on this page.

The old Mountair Motel in Richfield.
Located at about 190 S Main Street in Richfield, Utah

This mission chapel was erected in 1880 as part of the efforts of the Reverend Duncan McMillan to evangelize central Utah. Originally located on Main Street, the building was torn down and rebuilt at this location in 1937/38. This church also symbolizes a historic decision by the Protestant churches of Utah not to compete with each other in areas where their numbers were few, but to unite as a community church to serve all denominations.

The cemetery in Richfield, Utah.

The old Sevier County Courthouse in Richfield before it was demolished. 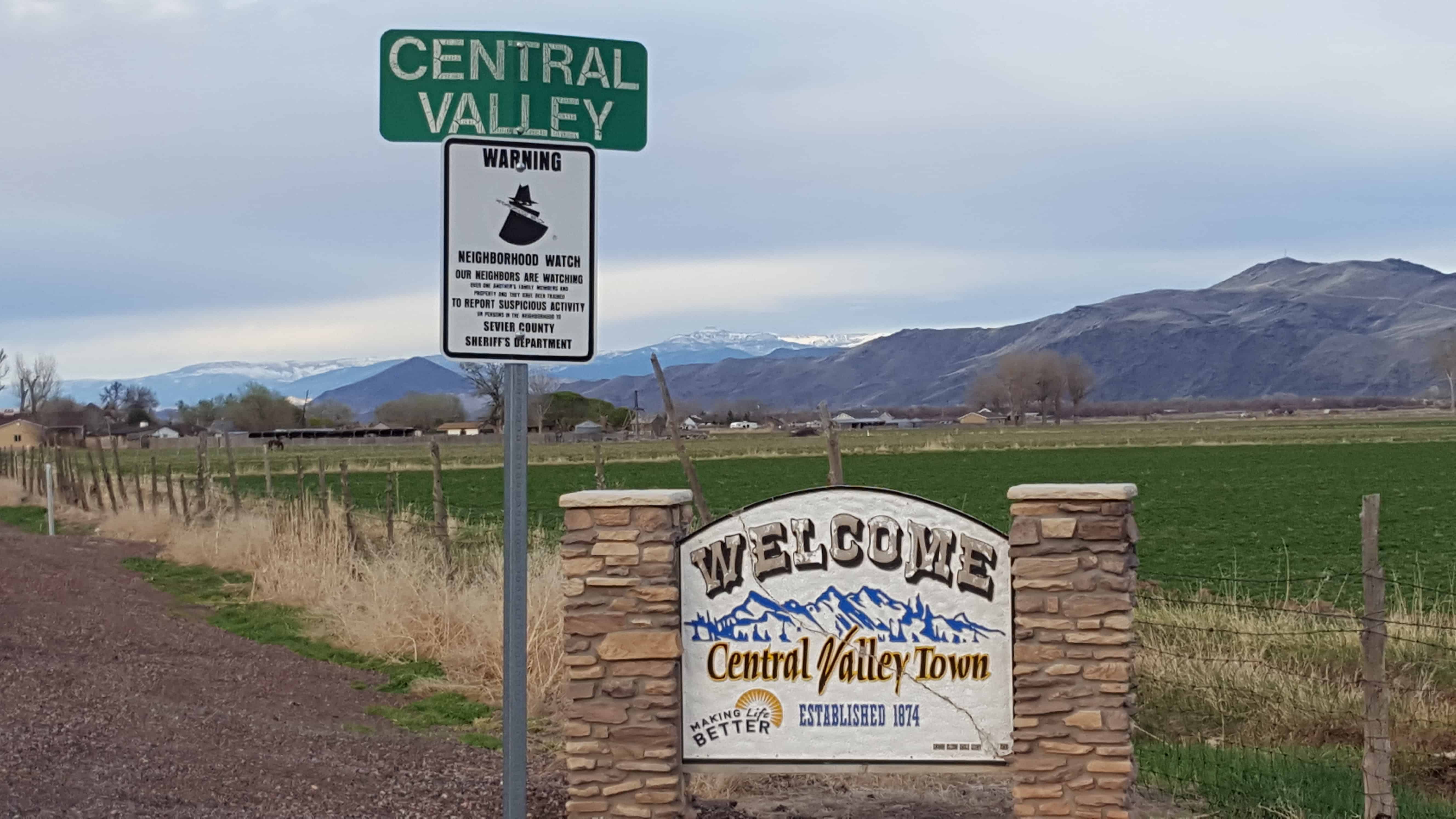 Known for years simply as Central, the town was named Central Valley at its incorporation in 2005. 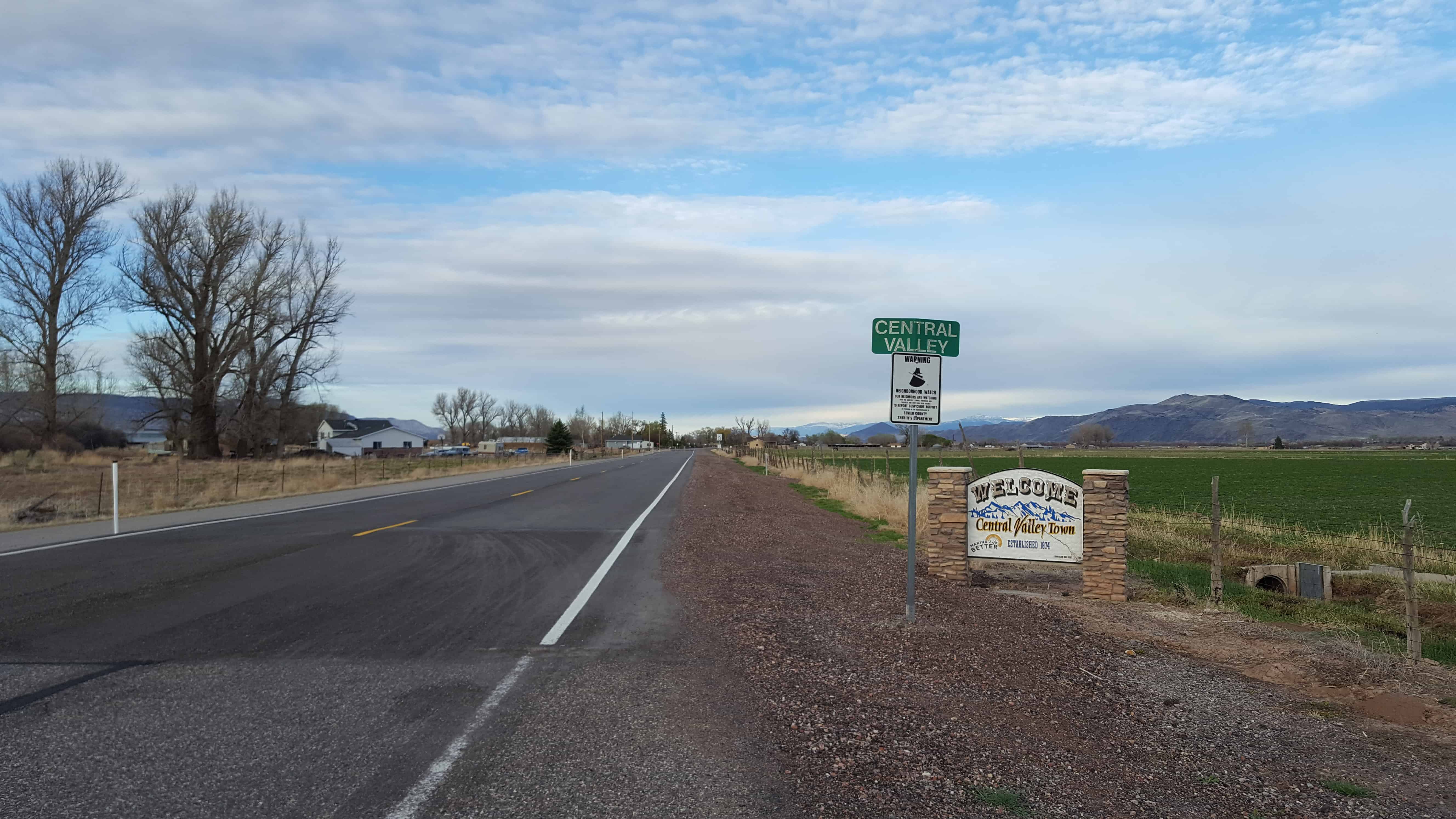 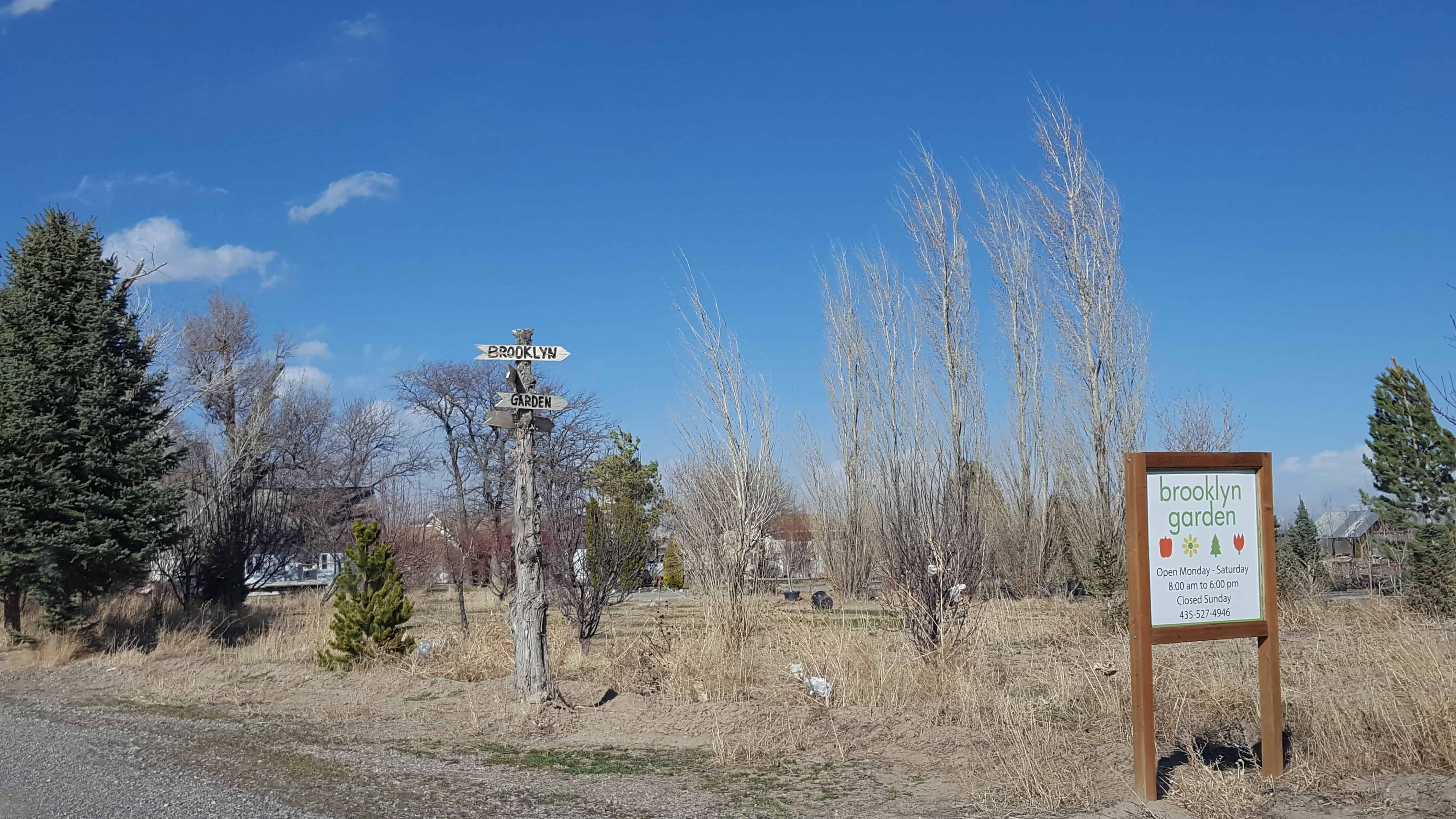 Brooklyn Utah was a small community that is more of just a neighborhood now, there’s still a road named after it and a garden named after it but beyond that it is mostly stories from the older locals.

It is South of Elsinore, West of Austin and North-East of Joseph. 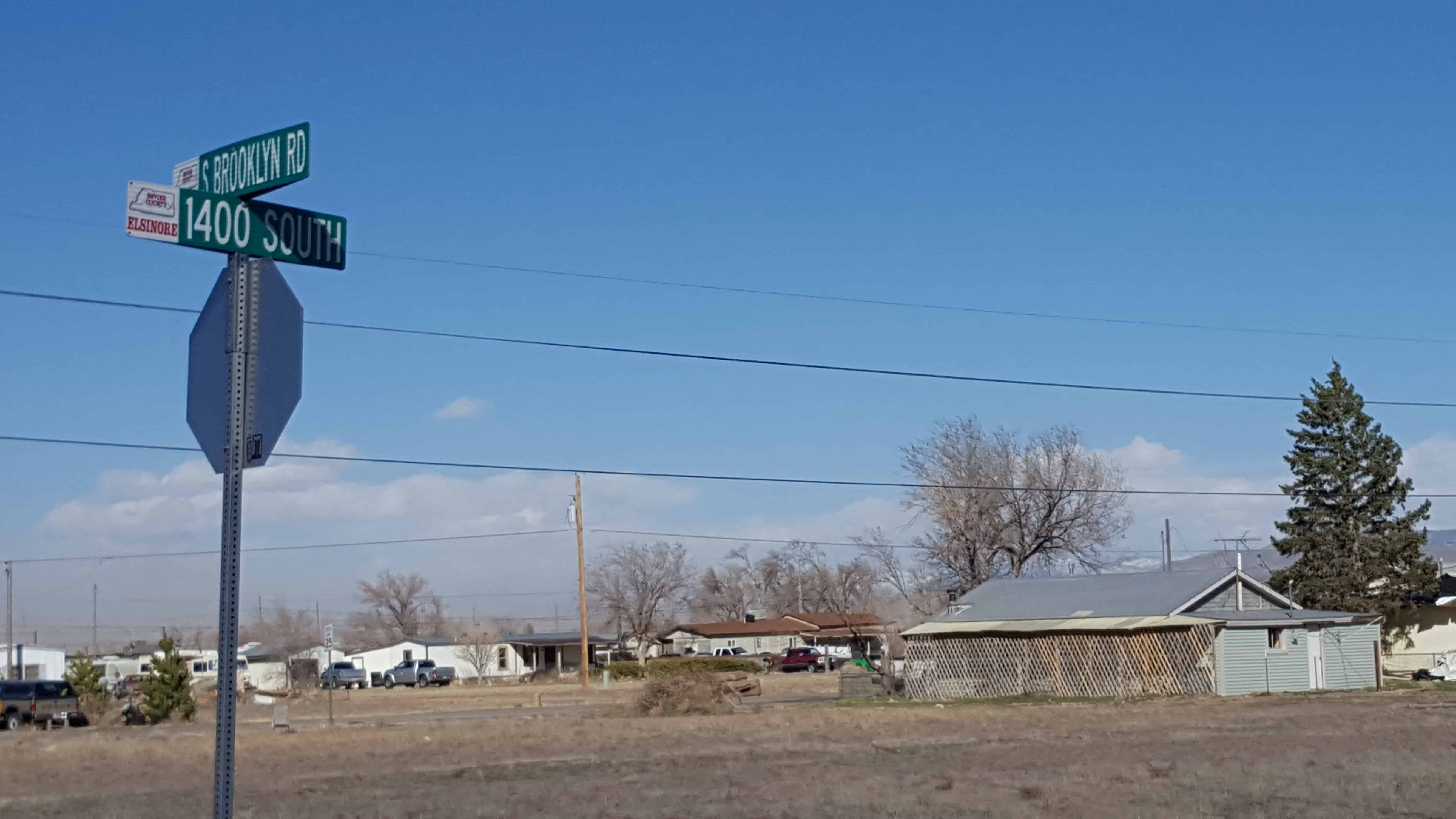 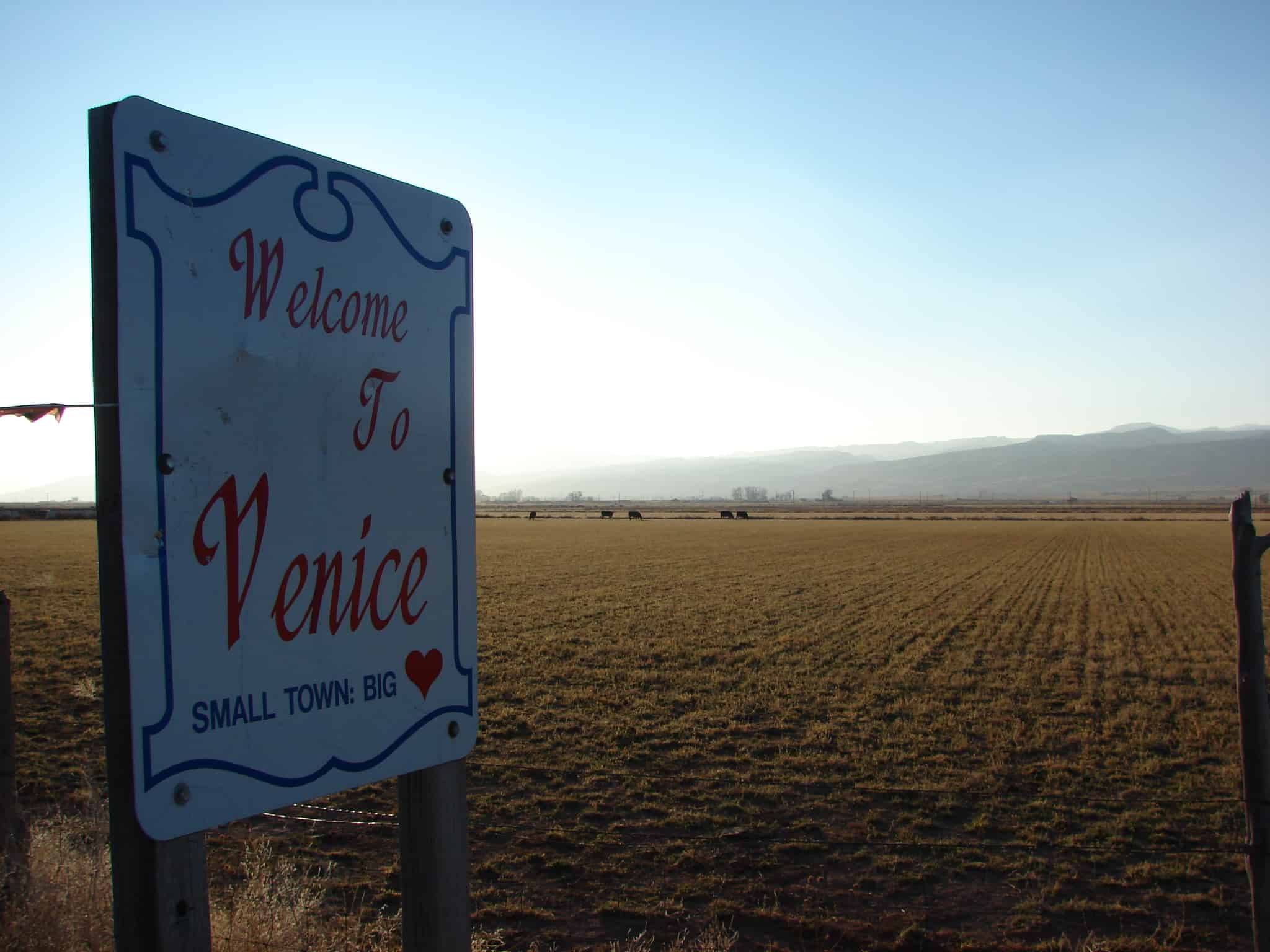 The first settler in the Venice area was Francis George Wall, an early resident of Glenwood. In 1875, Wall bought an 80-acre tract of land, then called the Cove River Ranch, on the south side of the Sevier River. He built a cabin and moved his family from Manti. As other settlers moved in, the settlement was named “Wallsville”.

One of the most important structures in town was the bridge across the Sevier River. The first such bridge was built as early as 1885. A log meetinghouse was built in Wallsville in 1887, and used for both school and church meetings. A post office was established in the local general store in 1894, and in 1900, a ward of The Church of Jesus Christ of Latter-day Saints was organized. Residents voted to rename their community “Venice”.

In 1900, a white brick schoolhouse was built. This school operated until 1924, when the school district built a new building in Venice, and the old building was sold to the LDS Church. This building, with numerous additions over the years, served as the ward meetinghouse until it was torn down in 1984. The school was closed in 1950, but still stands as a Venice landmark.

The Marysvale Branch of the Denver and Rio Grande Western Railroad was formerly the most important transportation corridor in the area. It ran through the northwestern corner of Venice, transporting farm products as well as passengers. The railroad line was closed down after the 1983 landslide at Thistle. 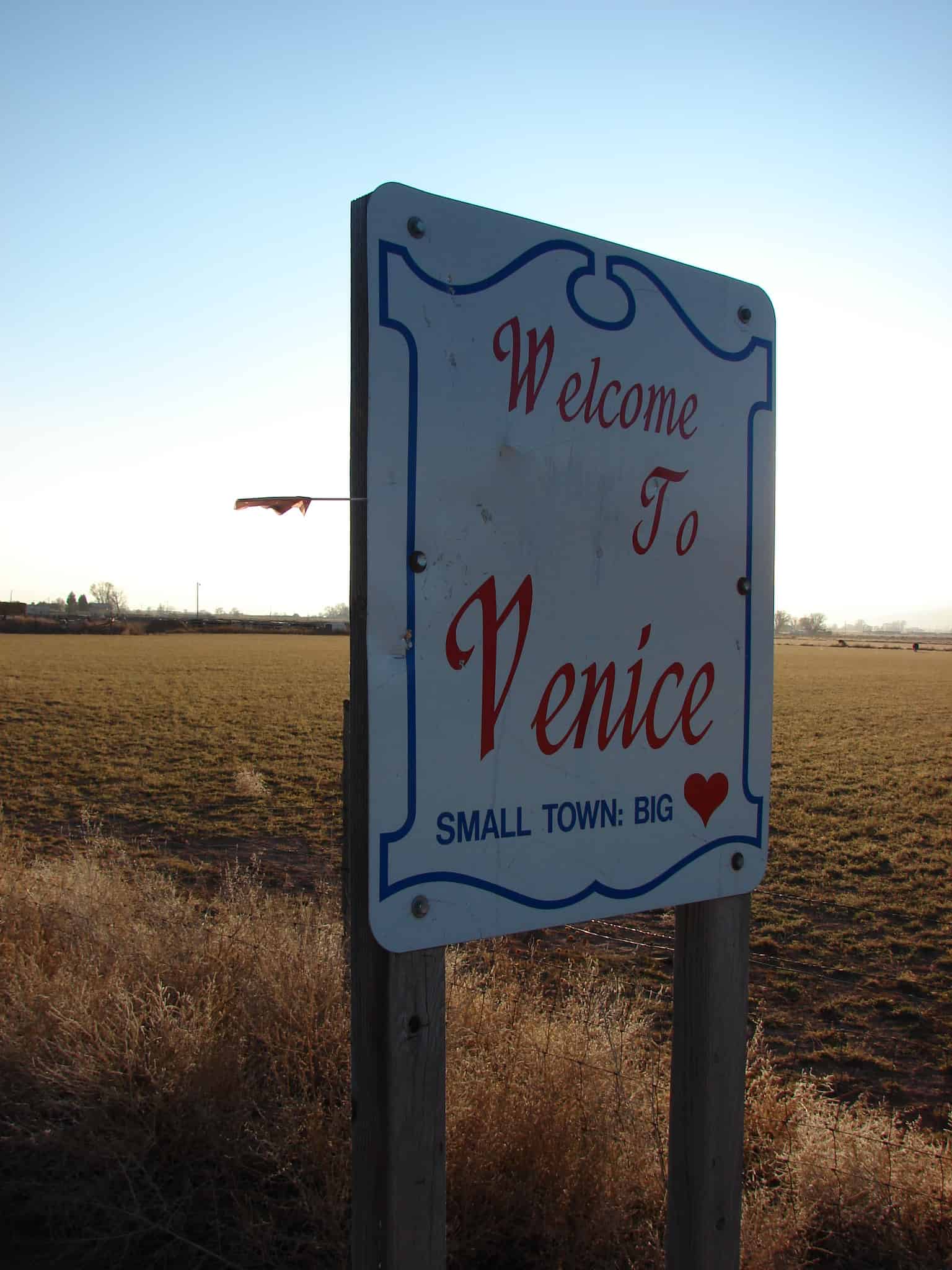 The first permanent settlers (about 30 families) moved into the area in 1864 at the direction of leaders of The Church of Jesus Christ of Latter-day Saints. They found abundant salt deposits nearby so they named the area “Salina”.

In 1866 troubles with Indians who used the area as their hunting ground the Black Hawk War forced the white settlers to retreat to the Manti area. They returned to Salina in 1871, organized a militia, and constructed a fort and buildings for a school and a church. At that time they discovered coal deposits in “almost inexhaustible quantities” in the canyon east of the settlement.

In June 1891 the settlement was connected to the state’s railroad system, and that year the central area was incorporated as a town. It soon became the shipping terminal between the area settlements and the rest of the state. In 1913 the town was re-incorporated as a city.

During World War II, Salina contained a POW camp, housing 250 German prisoners both of the Wehrmacht and the Waffen-SS. On the night of July 8, 1945, Private Clarence Bertucci climbed one of the guard towers and took aim at the tents where the prisoners were sleeping. He fired 250 rounds from a light machine gun and managed to hit some thirty tents in his fifteen-second rampage. By the time a corporal managed to disarm Bertucci, six prisoners were dead and an additional twenty-two were wounded (three would later die of their wounds).

This incident was called the Salina Massacre. Bertucci, who was from New Orleans, was declared insane and spent the remainder of his life in an institution.