This cool looking home in Leland, Utah was part of the movie “Made Men” and is also mentioned on several websites that list haunted sites, there are some stories of murders that may have happened in there.(this is inaccurate)

William Parry Bowen and Ruth Jones were children when their parents came to Utah in 1856 with the John Hunt Wagon Train. They married and lived in this home. Their eldest daughter, Mary Eleanor Bowen married Lars Peter Larsen and their family lived in the home.

The county records show ownership being back and forth with Larsen’s and Moran’s since 1980. I’ve been seeing if I can dig up any good history about the place, it looks like it would have a lot.

“The home was built by William Perry Bowen and his wife Ruth Jones Bowen. They later traded homes with their daughter Mary Eleanor and her husband Lars Peter Larsen because they had a very large family and the Bowen’s children were grown.” – Rex Larsen

I saw Eric Meyer share this photo on facebook saying that his Great Great Grand Father William Perry Bowen built this house in the 1850’s or so. It had been known as The Big House. 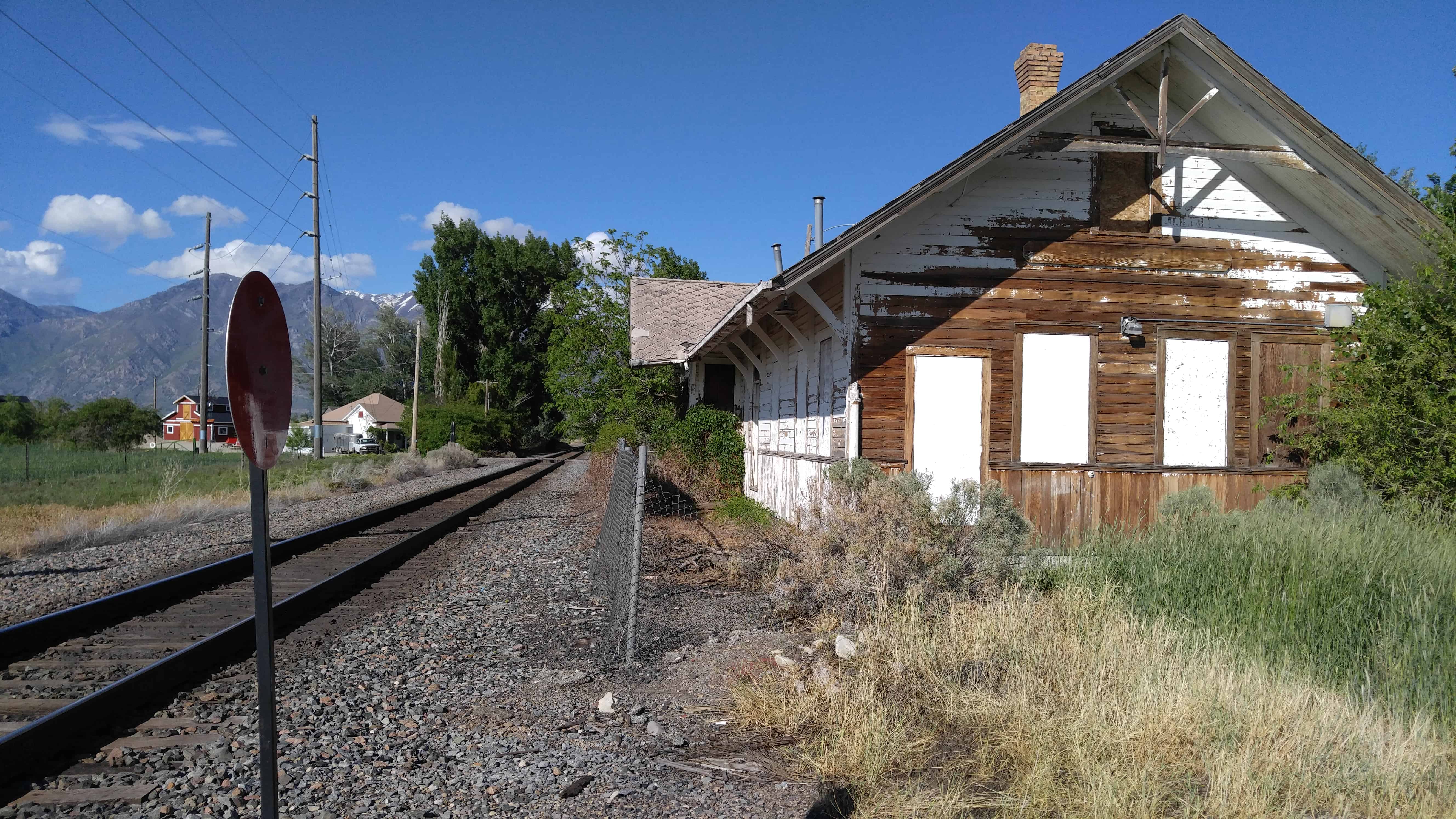 I have been trying to find some history of this old place, but so far I’ve come up empty. It’s in Spanish Fork/Leland/Benjamin, right along the railroad on Hide-Tallow Road. Alternate spelling I have found is Hyde Tallow, there’s a company a lot of old timers worked at called Utah Hide and Tallow it may be related to.

I was watching Made Men, a 1999 movie and they had this place in the movie as Ollie’s Garage.  I wondered at first if it was just set up as a prop for the movie and the building was actually something else, but I did find an article about and Ollie Branam who had an Ollie’s Garage – just not sure if this one was his yet.   The movie filming location page is here.

This area of Utah County was brought under cultivation and irrigation in the mid-1850s. A survey in the 1860s known as the “New Survey” designated where permanent roads and irrigation ditches would be. Leland has always been a highly productive irrigated agriculture area. Major crops have been barley, wheat, corn, sugar beets and alfalfa. Canning crops were peas, lima beans, and sweet corn. Beef and dairy cattle are the major livestock.

The center of the ward or the place where Leland schoolhouse stands, is a certain point on the country road about 1/2 mile south of Spanish Fork River or 2 1/2 miles, by nearest road from the center of Spanish Fork. The ward extends from the school house 2 miles east, 2 miles south, 1 mile west, and 1 1/2 miles north; in other words, the ward extends from north to south about 4 miles, from east to west about the same distance, making the area of the ward something like 4 miles square. Nearly all of the inhabitants within the limits of the ward are Latter-day Saints and meetings and Sunday School sessions are held in the district school house.”

The monument was erected and dedicated as a special Sesquicentennial project in the year 1997 to honor the stalwart Leland Pioneer settlers, and recognize them for their endurance, hard work and perseverance in the settling of Leland.

Another batch of photos below from May 2016: