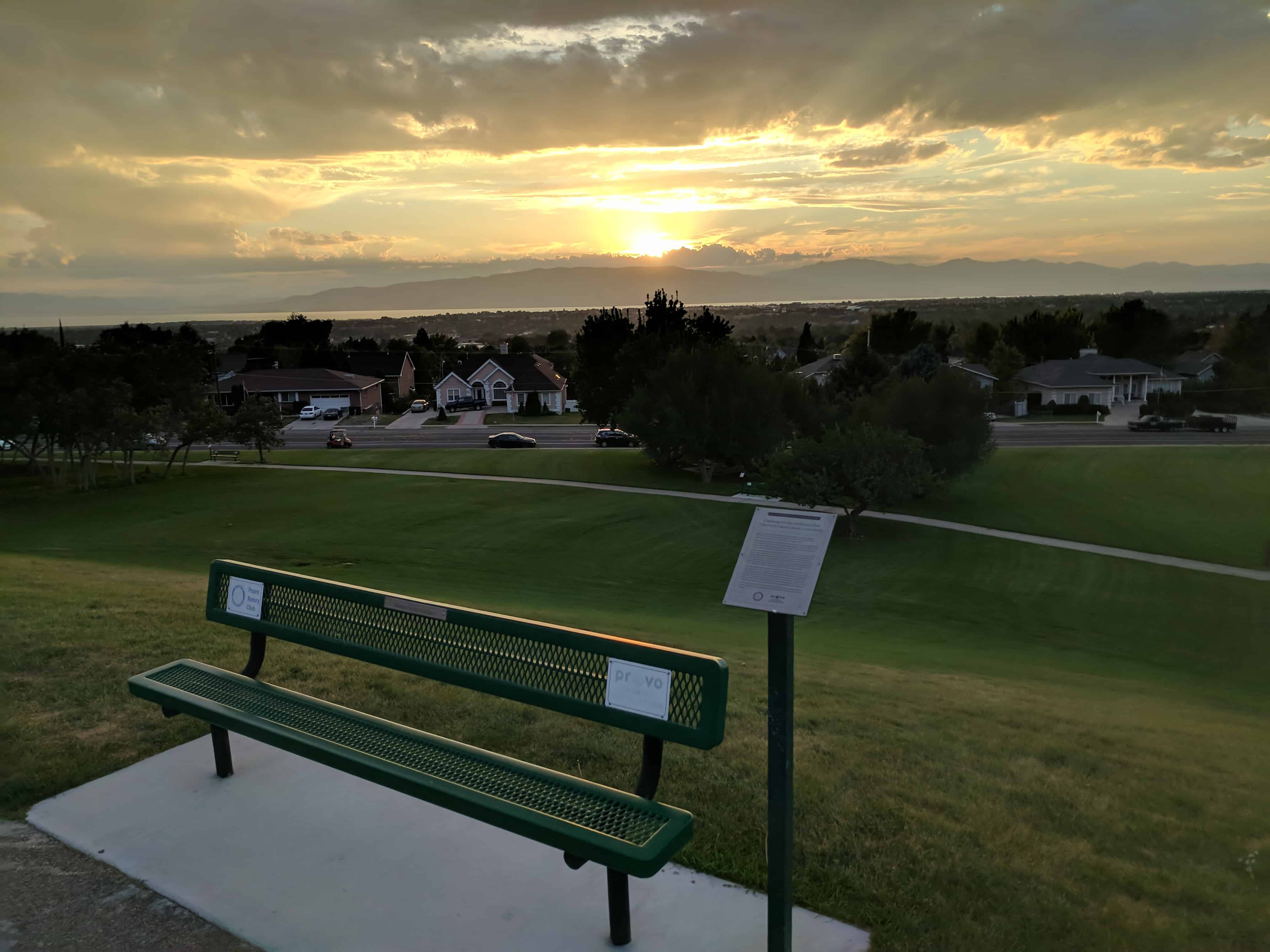 Choosing the Site of Provo’s First Tabernacle Caused Some Controversy.

Provo constructed its first tabernacle on the northeast quarter of the block fronting on Center Street and University Avenue. Selecting its site caused a fair amount of controversy.

When Brigham Young visited Utah Valley for the first time in September, 1849, the settlers lived in Fort Utah located where I-15 crosses the Provo River today. Young explored the vast area easy of the fort and selected a site for the central square and tabernacle.

After the settlers began to leave Fort Utah in 1850, they established Fort Provo, where North Park is located today. In spite of President Young’s wishes they located their townsite five blocks west of the site Young selected. In 1852, George A. Smith selected a site for the first tabernacle on the town square, today’s Pioneer Park. Church leaders dedicated the land and broke the ground for a building designed by LDS Church architect, Truman O. Angel, who had designed the Salt Lake Temple.

Men dig a large hole, hauled in some rock for the basement wall–and then the work ended. During a special conference held in Provo in July, 1855, Brigham Young relocated the site he had selected for the tabernacle in 1849, and Heber C. Kimball ordered the congregation to fill the first hole on the public square and go to work on the new site five blocks to the east. The tabernacle was finally dedicated on August 24, 1867. After a half century of use, it was demolished during the winter of 1918/1919.

Archaeologists excavated the site of the old tabernacle and located it’s rock foundation in 2012 during construction for the Provo City Center Temple.

This marker is located in Rock Canyon Park in Provo, for other markers in this series click here. 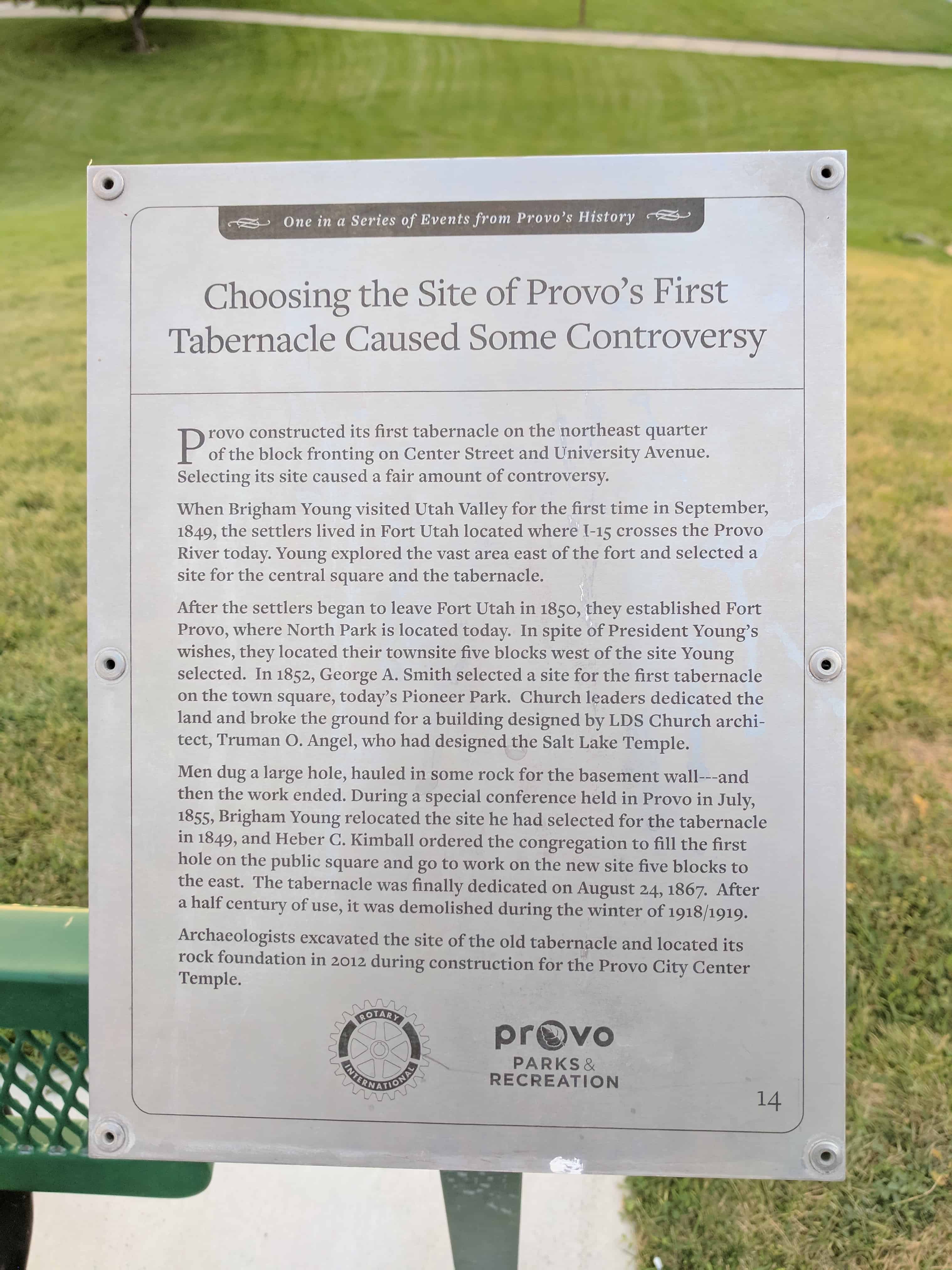