Fifteen miles west at Abraham is the location of the bleak desert site of a concentration camp, one of ten in Western America, in which 110,000 persons of Japanese ancestry were interned against their will during World War II. They were the victims of wartime hysteria, racial animosity, and economic opportunism on the West Coast.

Confined behind barbed wire fence and guarded by armed sentries ad held for no justifiable reason, the internees, two-thirds of whom were American citizens, and the majority of whom were women and children, not only endured the bitter physical discomforts of the desert heat and cold, but sustained a shocking affront to their sense of justice and fair play and human dignity. May this grim episode of basic American principles gone astray remind us to work for understanding and goodwill and justice in an enlightened America today.

The former residents of Topaz remember with grateful appreciation the friendliness and understanding with which the people of Delta received us during the period of our trial and despair.

This historic marker is located at the city park in Delta, Utah 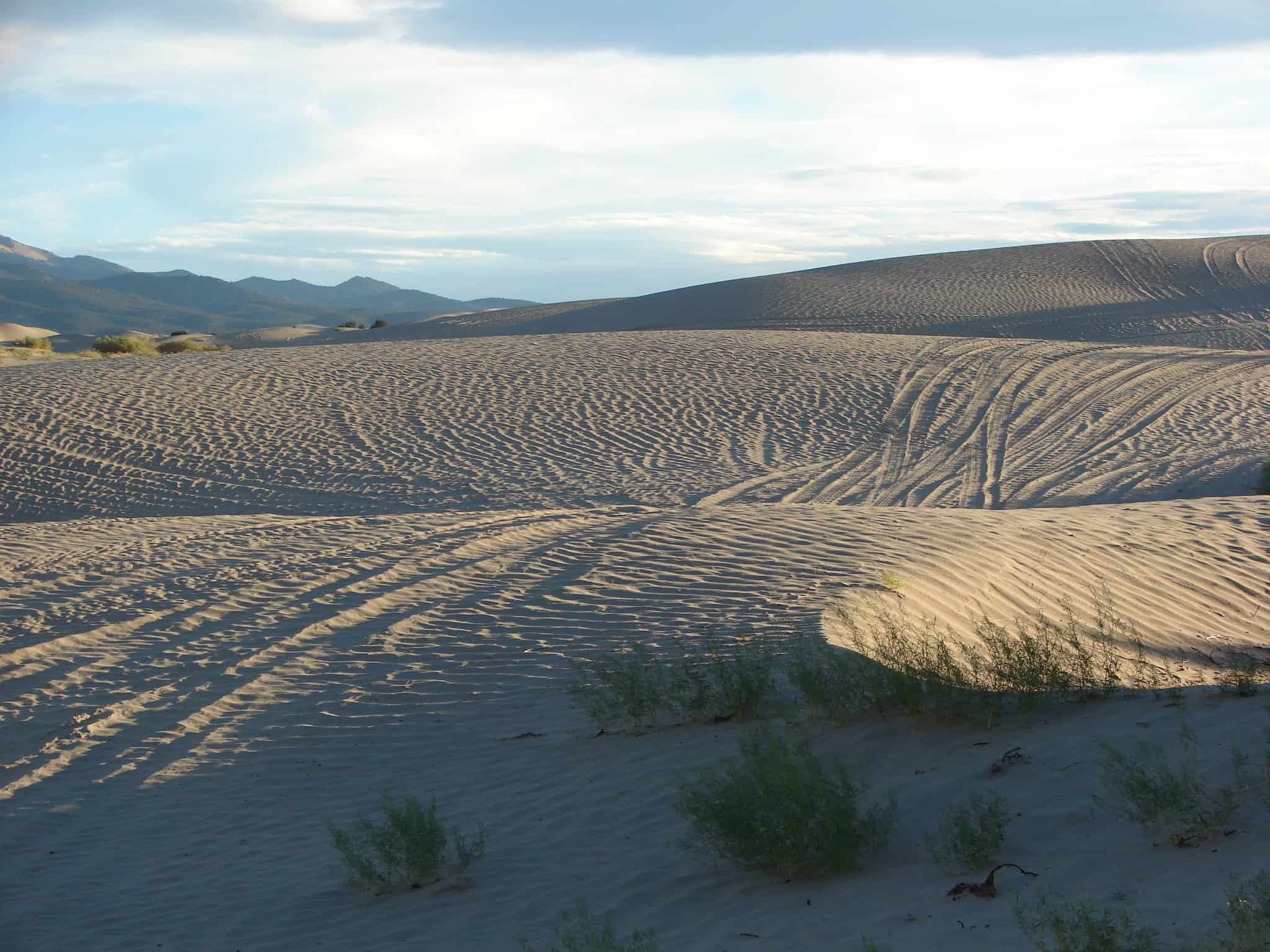 The Little Sahara Recreation Area in Utah is a large area of sand dunes, hills and sagebrush flats located in the west central part of the state approximately 30 miles north of Delta, Utah. It is managed by the U.S. Department of the Interior Bureau of Land Management. A 9,000-acre portion of the northwest corner of the facility has been designated as The Rockwell Natural Area and is off limits to vehicles to preserve and shelter desert plants and animals. 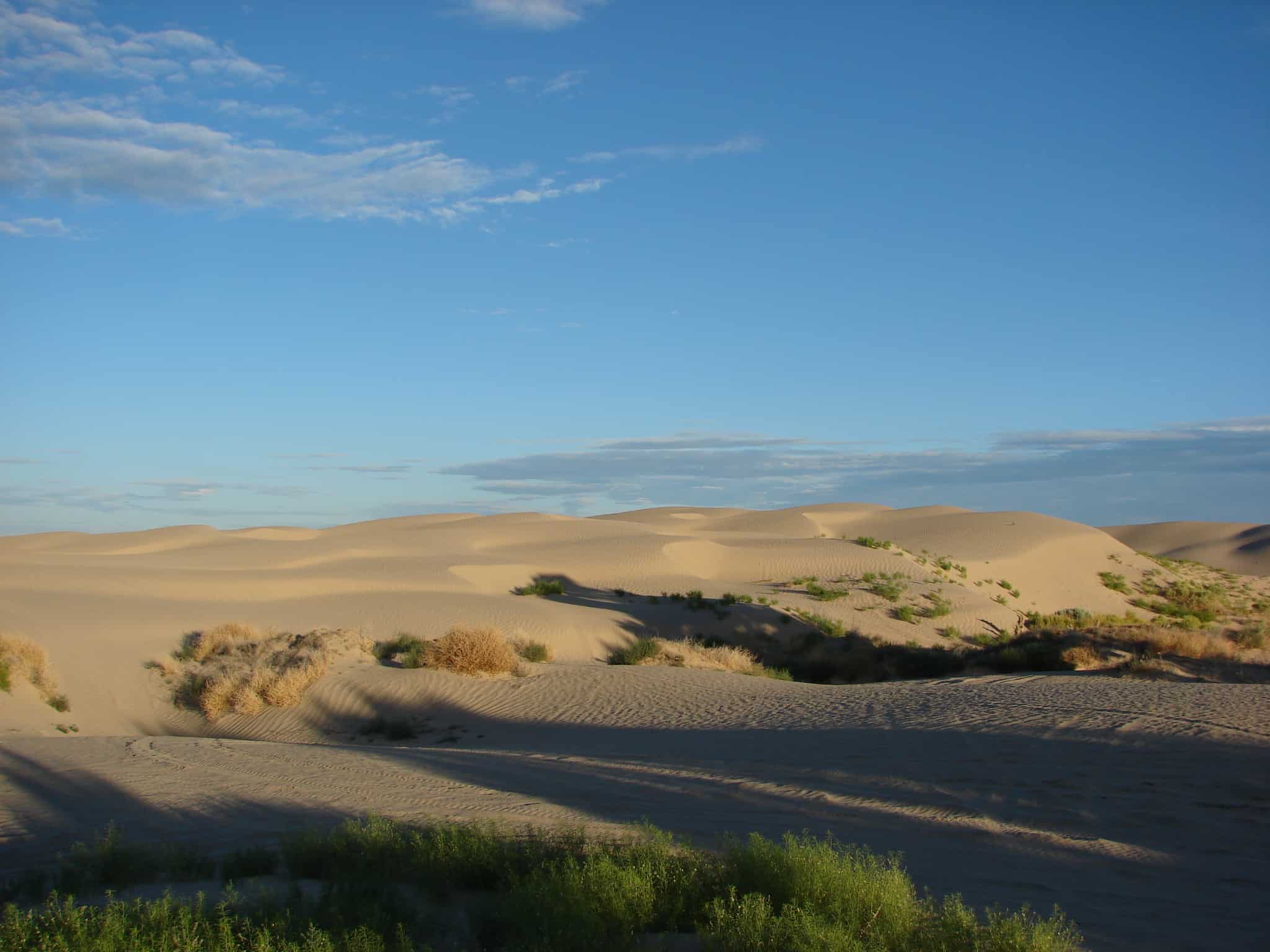 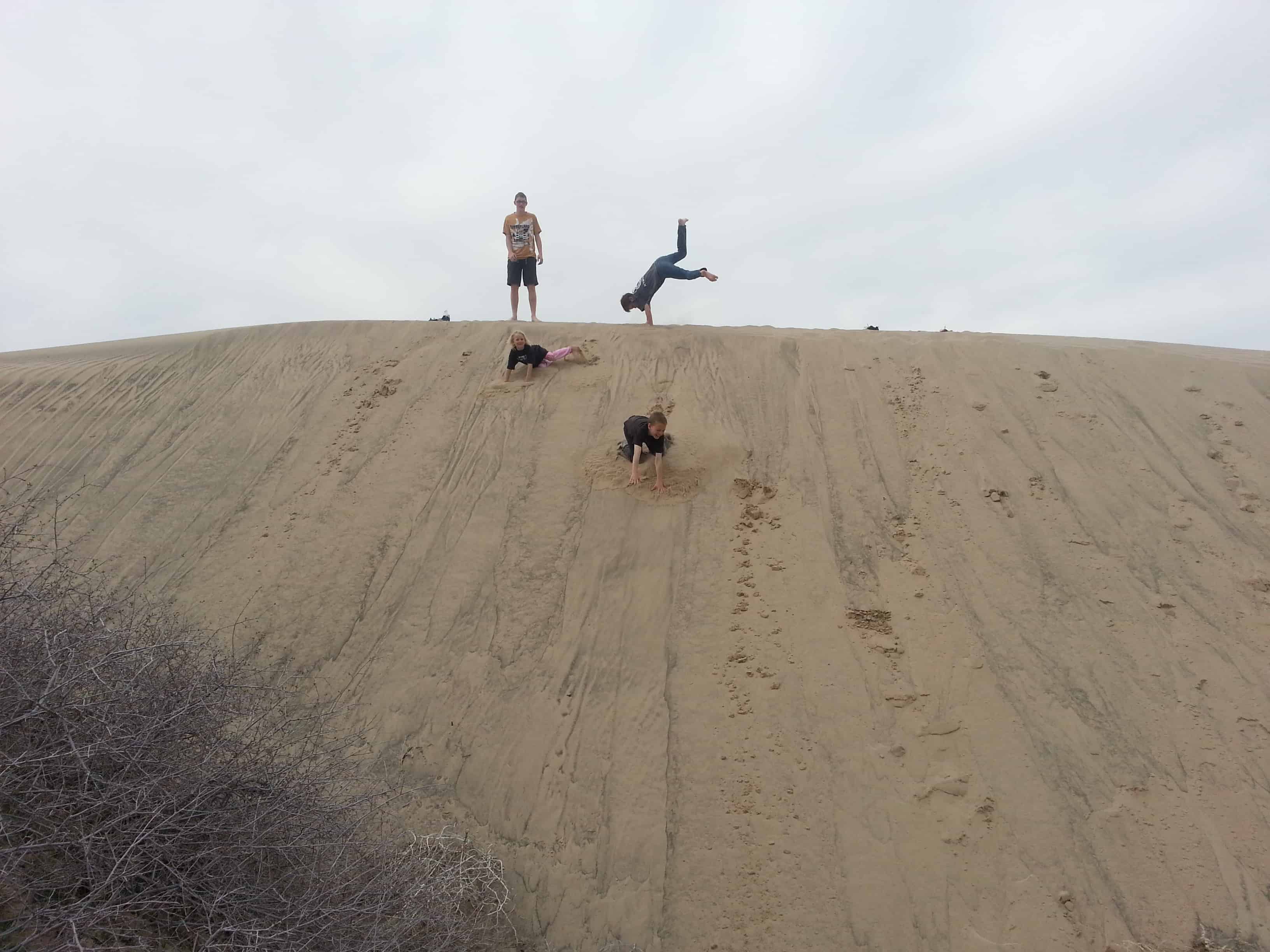 Some random sand dunes south of Delta we stopped to play on along side the highway.

The town of Leamington on the northern border of Millard County is situated in a small but fertile valley of the winding Sevier River. It is surrounded on the north, east, and south by the Wasatch range.

In 1871, a number of people from Oak City visited the present site of Leamington. Unlike other Utah settlements, these people were not sent to Leamington by Church authorities. However, Bishop Platt Lyman of Oak City did send John Lovell to Leamington to act as the presiding elder. The first permanent settlers in Leamington built their home in 1873.

Leamington was named after a town in England by Frank Young, a nephew of Brigham Young who was one of the early settlers in Leamington.(*)

Deseret is located south of Delta and Hicnkley, Utah.

Settlement of Delta began in 1906 on townlots that had been laid out in 1906. The town was originally called Akin and then Burtner, after that is was Melville and finally Delta.

Delta is rather unusual among the primarily agricultural towns in the state, since it was founded in the twentieth century and owed virtually nothing regarding its establishment to direction from the general hierarchy of the Church of Jesus Christ of Latter-day Saints.*

The previously settled West Millard farming area was already becoming prosperous from alfalfa seed production when Frederick R. Lyman and others of his Oak City family began investigating the possibility of diverting Sevier River water upstream from the relatively new Gunnison Bend Reservoir, which was used for cultivating lands at Oasis, Deseret, Hinckley, and Abraham. After farmers from those communities claimed winter runoff water and commenced building a larger Sevier Bridge Reservoir in southeastern Juab County, Lyman persuaded his fellow members of the Millard LDS Stake presidency, Orvil Thompson and Alonzo A. Hinckley, to call attorney James A. Melville to determine the feasibility of forming a new irrigation company in connection with this reservoir project. The Mellville Irrigation Company was organized for that purpose on 24 March 1906. Twenty-nine of the thirty-four original incorporators were residents of Millard County.

Father Escalante camped here October 2, 1776. His exploring party of ten men headed by Father Francisco Dominguez and map-maker Pacheco preached to the Indians and charted a northern route between Santa Fe, New Mexico and Monterey, California. They named this valley “Valley Salado” (Valle of Salt). They traveled west near Clear Lake then east to a hillock, (Pahvant Butte). Here they found marshes and much pasturage, but salt water.

This pioneer cabin was built in December 1907 by Henry J. McCullough and was the second house in the town of Melville. One month later January 18, 1908, the first Post Office was established and the name changed to Burtner. Adjoining this cabin, on March 5, 1908, the first store was opened for business. The first Sunday School of the vicinity was organized in this building on September 8, 1908.

This historic marker is #119 of the Daughters of Utah Pioneers markers and is located at the city park in Delta, Utah

Erected as a defense against Pahvant Indians in the Black Hawk War, completed in 18 days by 98 men. Wm. S. Hawley and Isaac W. Pierce, foremen; John W. Radford, Supt. Opening celebration July 25, 1865. The fort was 550 feet square, bastions at Northeast and Southwest corners and gates in the middle of each wall. Made of adobe mud and straw mixed by the feet of oxen, when completed were 10 feet high, 3 feet wide at base and 1 1/2 feet at top, resting only on a stone foundation.