This historic building was built as Pleasant Grove City Hall as one of the many New Deal Funded projects in Utah between 1938 and 1940. It had the jail downstairs and is now a sign company.

Built c. 1870, the Neils Peter Larsen House is one of the 13 buildings
included in the Pleasant Grove Soft-rock Buildings Thematic Resource
nomination. Soft-rock buildings are signficant because they help document the distinctive regional diversity found in nineteenth-century building stones in Utah. They also represent a distinct phase of the building construction industry in the Pleasant Grove area. Mormon community building in the Great Basin West rested upon the dual principles of order and permanence, and the grid-iron town plan and the use of stone as an early building material have become important symbols of Mormon settlement values. A great variety of local stones were used throughout the state, and the soft and easily worked tufa stone, popular in Pleasant Grove between about 1865 to 1900, remains one of the most distinctive. About 130 soft-rock buildings were known to have once stood in Pleasant Grove, yet there are only 13 well preserved examples today. Most of the earlier buildings in the community, constructed during the 1850s and ’60s, were made of adobe, which was easily made and worked. As fired brick became more available and fashionable during the late nineteenth and early twentieth centuries, it replaced soft-rock as the dominant local building material. The remaining soft-rock buildings are important examples of a local architectural tradition and contribute to an understanding of the
regional diversity of Utah’s early architectural history.

In May 1862, Neils Peter Larsen homesteaded a quarter section in what was
known as the north fields of Pleasant Grove. The first home on this ground
was a dugout, a submerged room dug into the earth and covered with a roof of mud and willows. This provided living quarters for one of his polygamous families until this soft-rock home was built c. 1870 on the corner of the farm at 1150 North 100 East. One wife and family occupied this home while the other two wives and one family continued to reside in the Larsen home one mile south at 181 E. Center Street in Pleasant Grove. During the 1880’s the nations’s attention was focused on polygamous Mormons. The U.S. Government sent federal officers to the Utah Territory to arrest and prosecute the Mormons practicing polygamy. Neils Peter Larsen, having three wives, was one of the sought-after men. In order to escape arrest, he hid in the attic of the small soft-rock house while the marshalls were in the vicinity, which was quite often.

A desire for a financially independent territory brought another use for the
small attic of this home. To help make Utah independent of outside industry,
a domestic silk industry was begun. The Larsens were one of the families that became involved. They converted the attic of the house into a home for more than a thousand silk worm houses in cases and cared for by family members. A grove of mulberry trees was planted to feed the silk worms. Being on the outlying northern area of Pleasant Grove, the house served as a neighborhood school for the Larsen children and the children of several other families Niels oldest daughter Annie was the school teacher. Besides unusual uses, the house did serve the family of Karen Kirsten Swendsen, the second wife, as a residence. She and Neils Peter Larsen raised their five children in this home until 1897. At that time Neils moved back to his town residence in Pleasant Grove. The north field property, including house and farm, was sold in 1897 to the oldest child, Joseph, and his new bride, Osstella Baker. Joseph built a large brick home just south of the soft-rock house that same year. The soft-rock house has not been used as a residence since that time, and now serves as storage. The current owner is Joseph Wendell Larsen, a son of Joseph and Osstella. He and his wife, Gwen, purchased this property from his parents in 1956 and still reside in the brick home built by his parents.(*)

In my exploring of the Utah and neighboring states I have come across many tithing offices, tithing barns, tithing granaries and more.

The Church of Jesus Christ of Latter-day Saints (sometimes called the L.D.S. Church or the Mormons) settled a large part of the areas here and members of the church would donate 10% of their increase to the church – they would also barter for what they needed, trade grain for eggs, etc. Now the members of the church donate with money, but at the time when donations were grain, eggs, chickens, cloth and more these buildings were needed to handle all of that. (see other tithing offices on this page)

Built c. 1908, the Pleasant Grove Tithing Office is historically significant
as one of 28 well preserved tithing buildings in Utah that were part of the
successful “in kind” tithing system of The Church of Jesus Christ of Latter-day Saints (LDS or Mormon church) between the 1850s and about 1910. Tithing lots, which usually included an office and several auxiliary structures, were facilities for collecting, storing, and distributing the farm
products that were donated as tithing by church members in the cash-poor
agricultural communities throughout the state. Tithing offices were a vital
part of almost every Mormon community, serving as local centers of trade,
welfare assistance, and economic activity. They were also important as the
basic units of the church-wide tithing network that was centered in Salt Lake City.

The exact date of construction of the Pleasant Grove Tithing Office is not
known, but judging from its appearance and other circumstantial evidence it was probably built about 1908. Some of the basic features of this building,
its square block shape with a symmetrical facade and an arched central porch, are much like those found on the tithing offices in Manti, Panguitch,
Richmond, Sandy, and Hyrum, all of which were built between 1905 and 1910. The design of those buildings was one of at least three standard tithing office plans that were developed at church headquarters around 1905 and sent out to a number of wards in the state that requested to have a new tithing office built. Those plans were perhaps the first examples of what eventually became a policy with the church – developing standard building plans at church headquarters rather than having each ward generate its own. Although the Pleasant Grove Tithing Office has a flat roof and other minor features that distinguish it from the Type No. 3 design, the similarities between the two are sufficiently strong to suggest that they were built at about the same time.

The only other indications of when the tithing office might have been built
are contained in letters from the Presiding Bishopric’s Office in Salt Lake
City to Bishop Swen L. Swenson of the Pleasant Grove Ward. A letter of April 9, 1908 to Bishop Swenson stated that, “You are authorized to purchase hard wood shade trees and plant them around the [tithing] lot where needed.” The letter also granted approval for the purchase of water rights for the tithing lot. Similar improvements were made to tithing lots in other towns immediately after the completion of their new tithing offices, so it is reasonable to assume that the tithing office in Pleasant Grove was constructed in late 1907 or early 1908. The building was definitely built by at least the spring of 1909 when the local bishops were granted approval to have a telephone installed in the building. 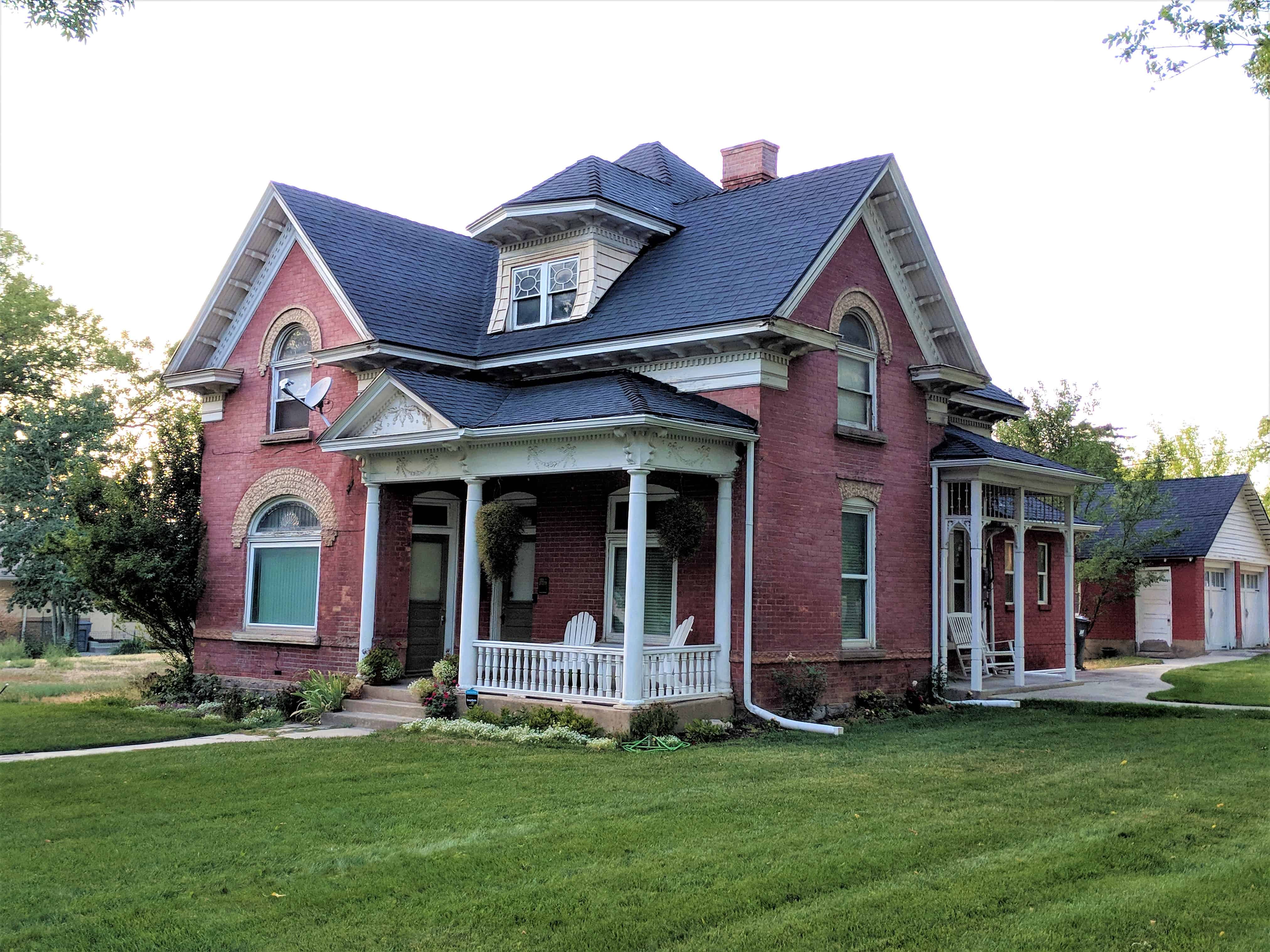 Constructed in 1905 for Lewis and Lydia Lund, this house replaced a small adobe dwelling which the Lunds had been living in since 1894.  Mr. Lund was a prominent businessman, banker, livestockman, and one-time mayor of Pleasant Grove.  He was well-known for his horse breeding business, which produced some of the best draft horses in the area.  This two-story, brick, Victorian Eclectic style house is one of the several houses of this type which were built in Pleasant Grove between 1902 and 1908.  The property retains its historic architectural integrity and is a contributing resource within the Pleasant Grove Historic District. 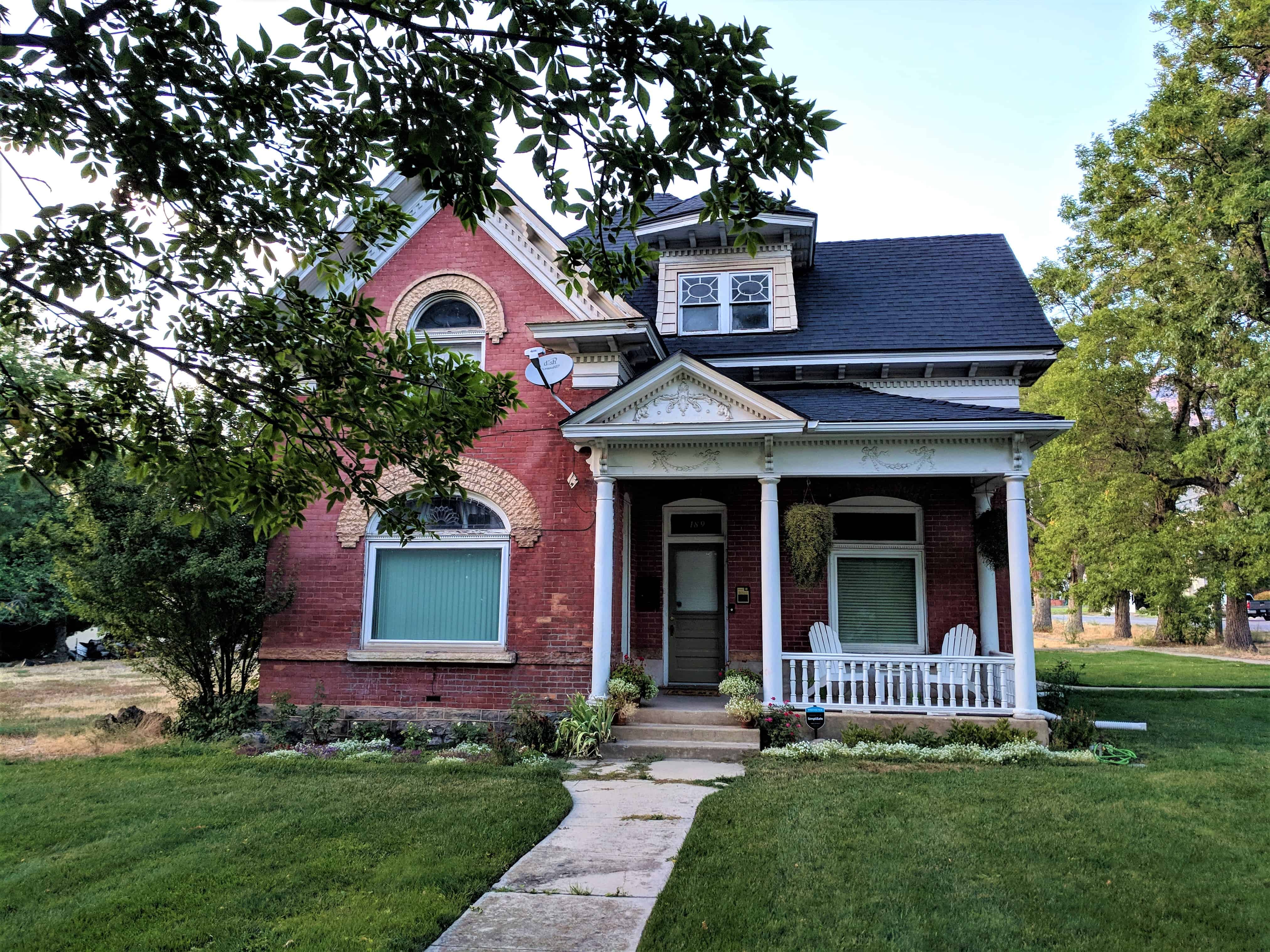 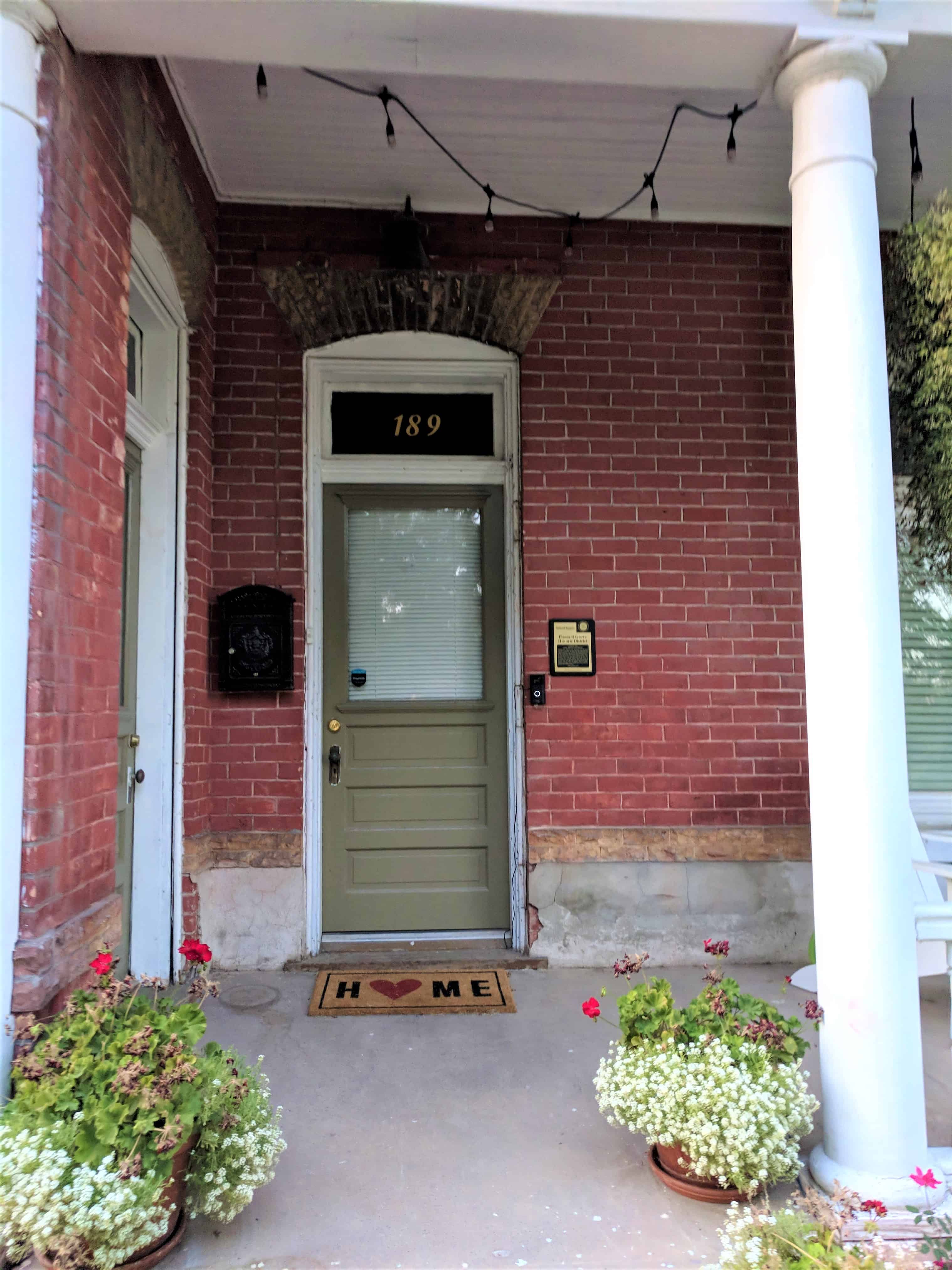 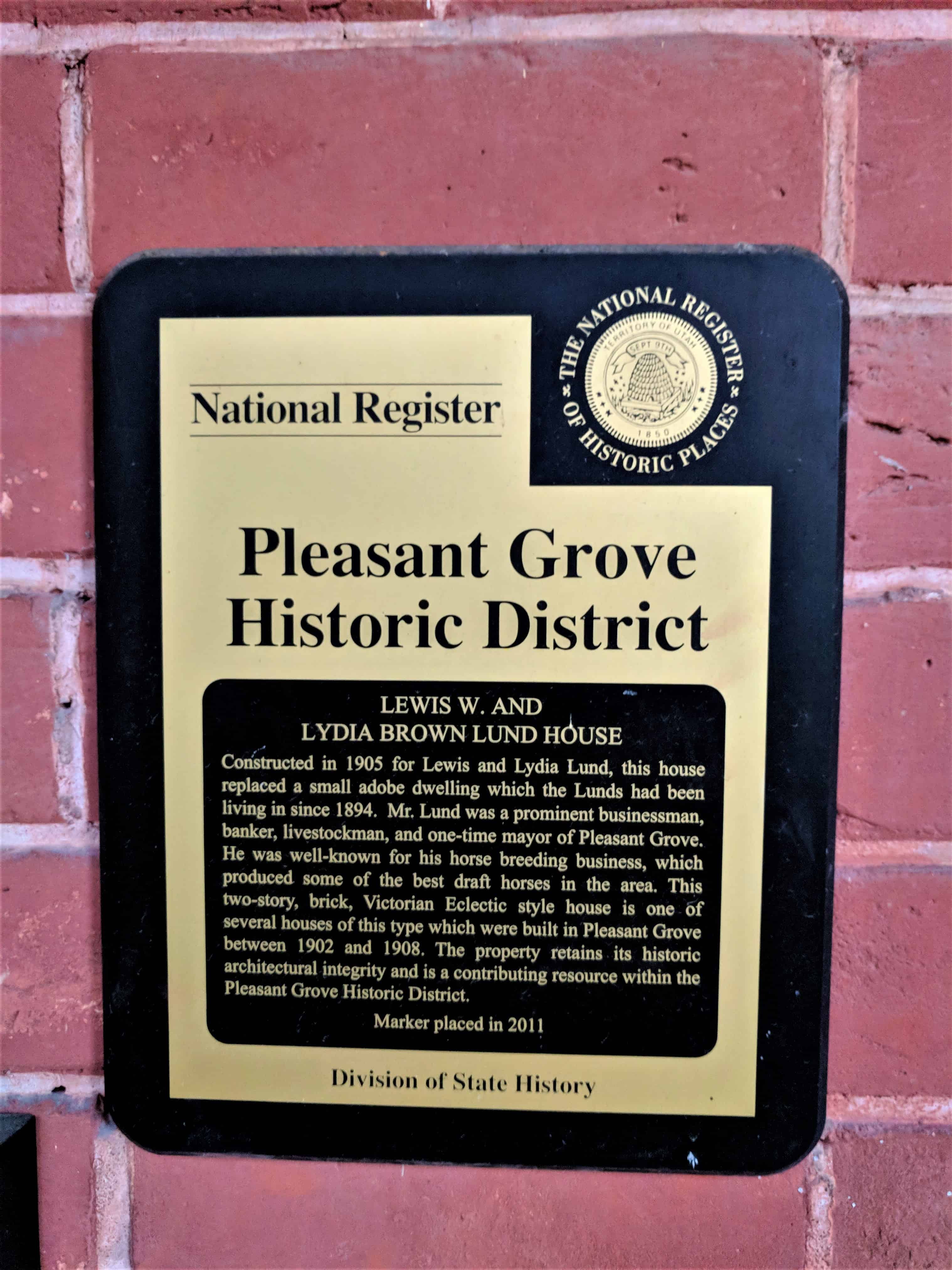 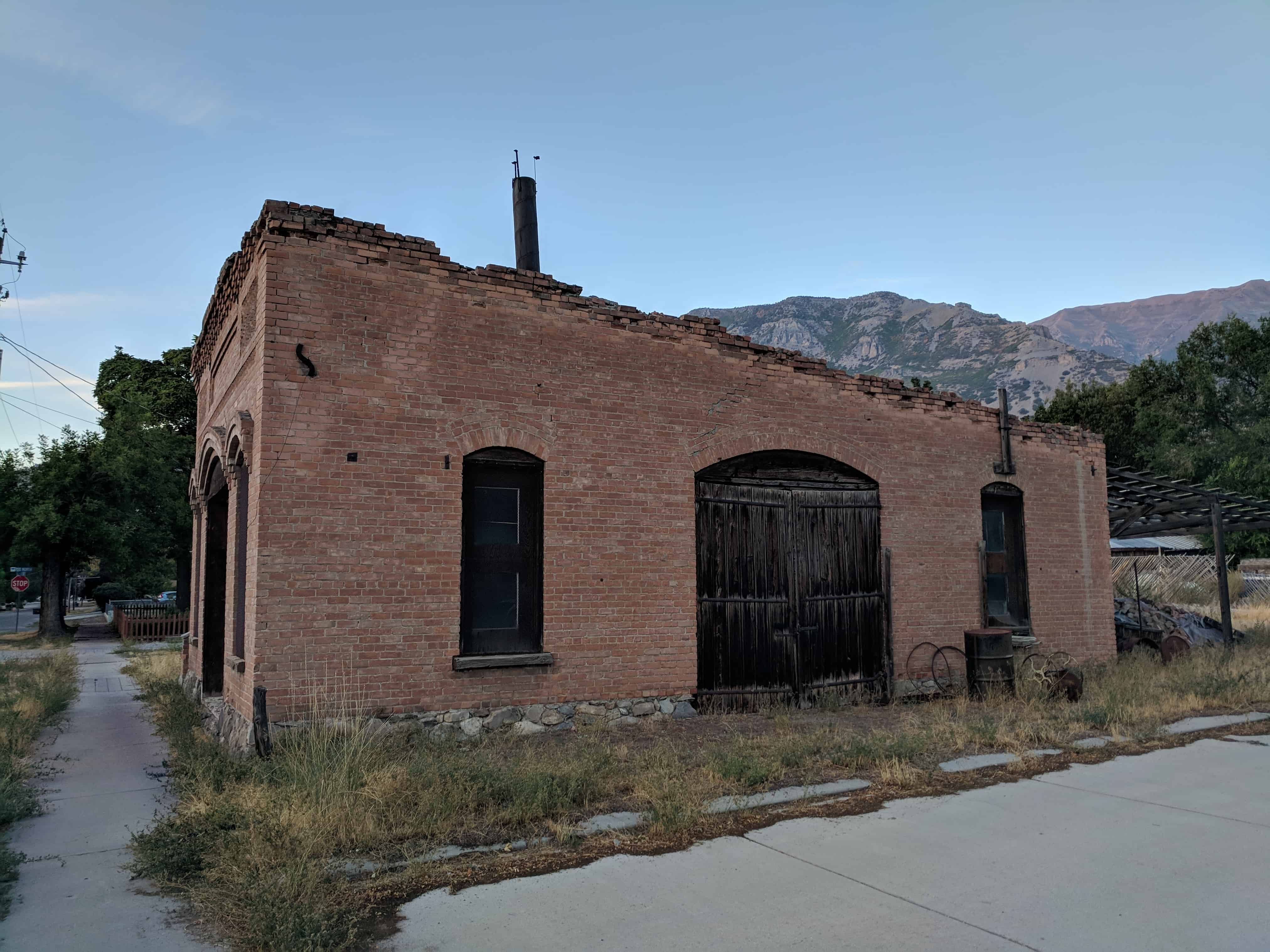 The Fugal Blacksmith Shop is one of the few remaining commercial blacksmith shops in Utah.  Brothers Christian, Jens, and Niels Fugal began constructing the building in 1897 and completed it in 1903.  Progress was delayed by the departure of Jens and Niels on two-year missions for the LDS Church.  This new building replaced their smaller frame blacksmith shop located to the southeast (now demolished).

Blacksmith shops were important components of every Utah town.  They provided horseshoes, wagon wheels, nails and other metal implements, in addition to repairing and sharpening farm machinery and tools.  The Fugals developed other businesses as well, including the plumbing and contracting businesses in which Jens and Niels eventually specialized.  By 1929, Chris was sole proprietor of the blacksmith shop.  It was the only remaining shop in town at that time.  Chris felt he had a natural aptitude for blacksmithing, and his skill and inventiveness were widely known and recognized.  He continued his trade until just three weeks before his death in 1962.  Many of the tools and equipment he used are still in the shop and in operable condition. 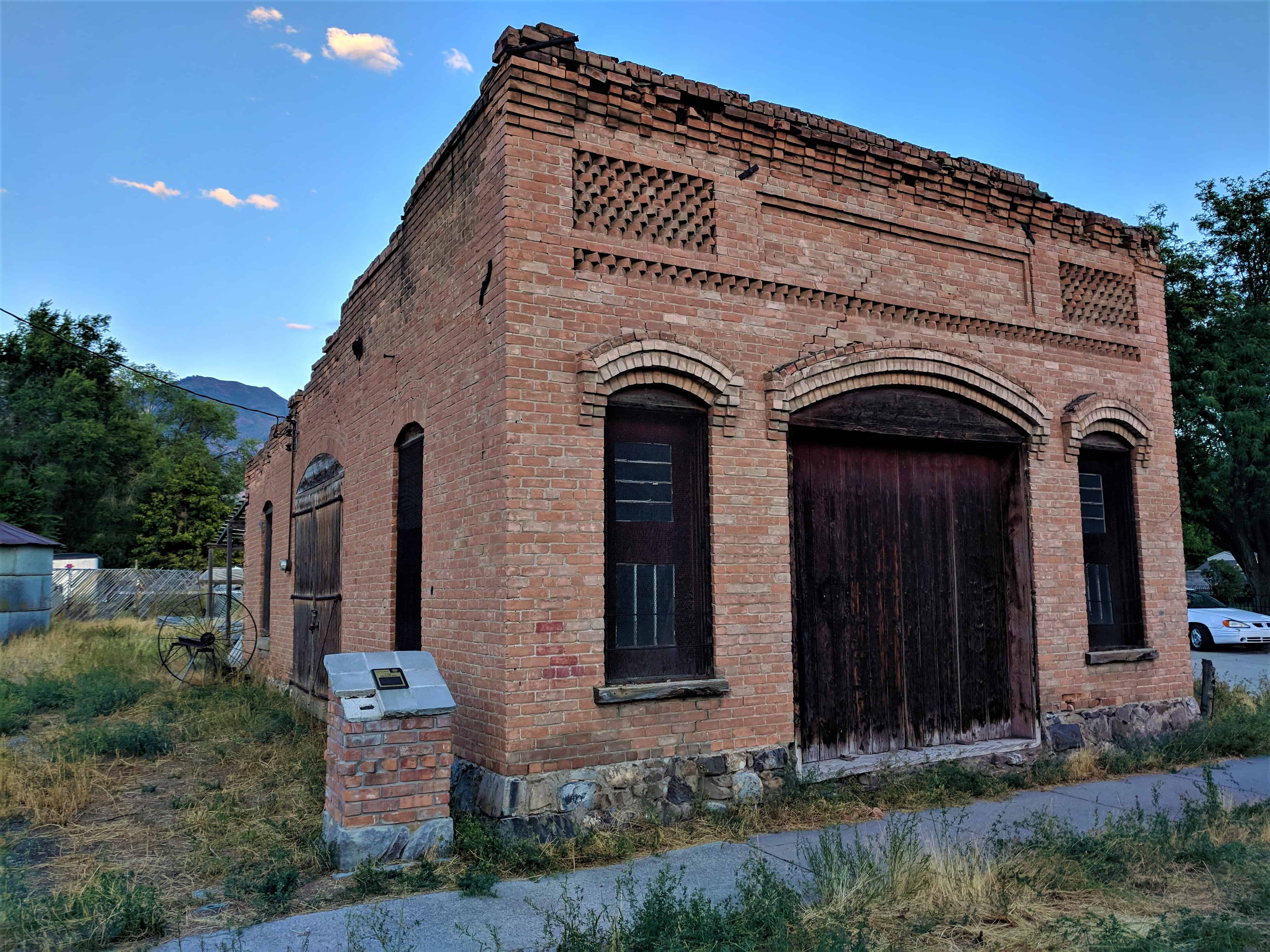 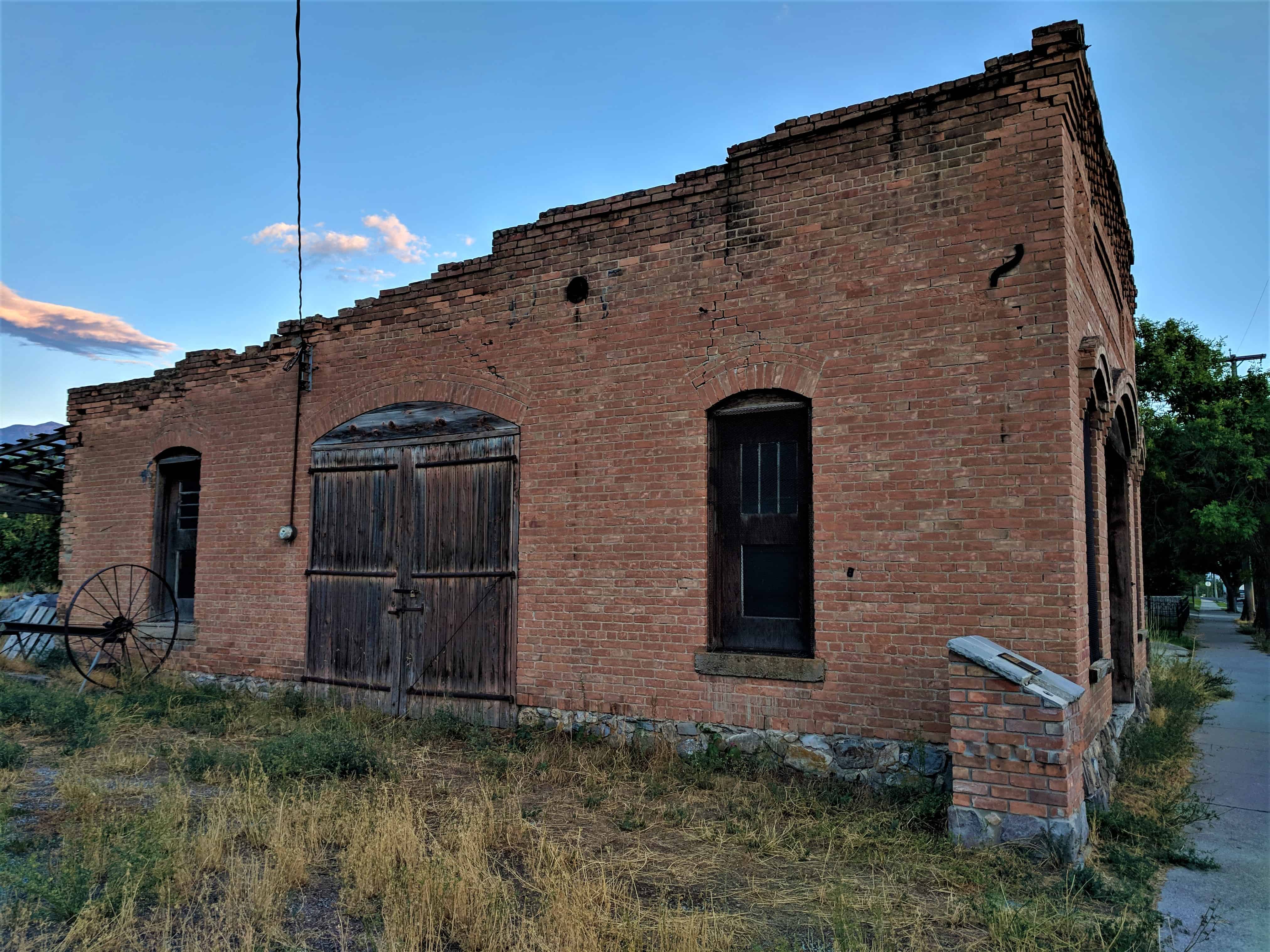 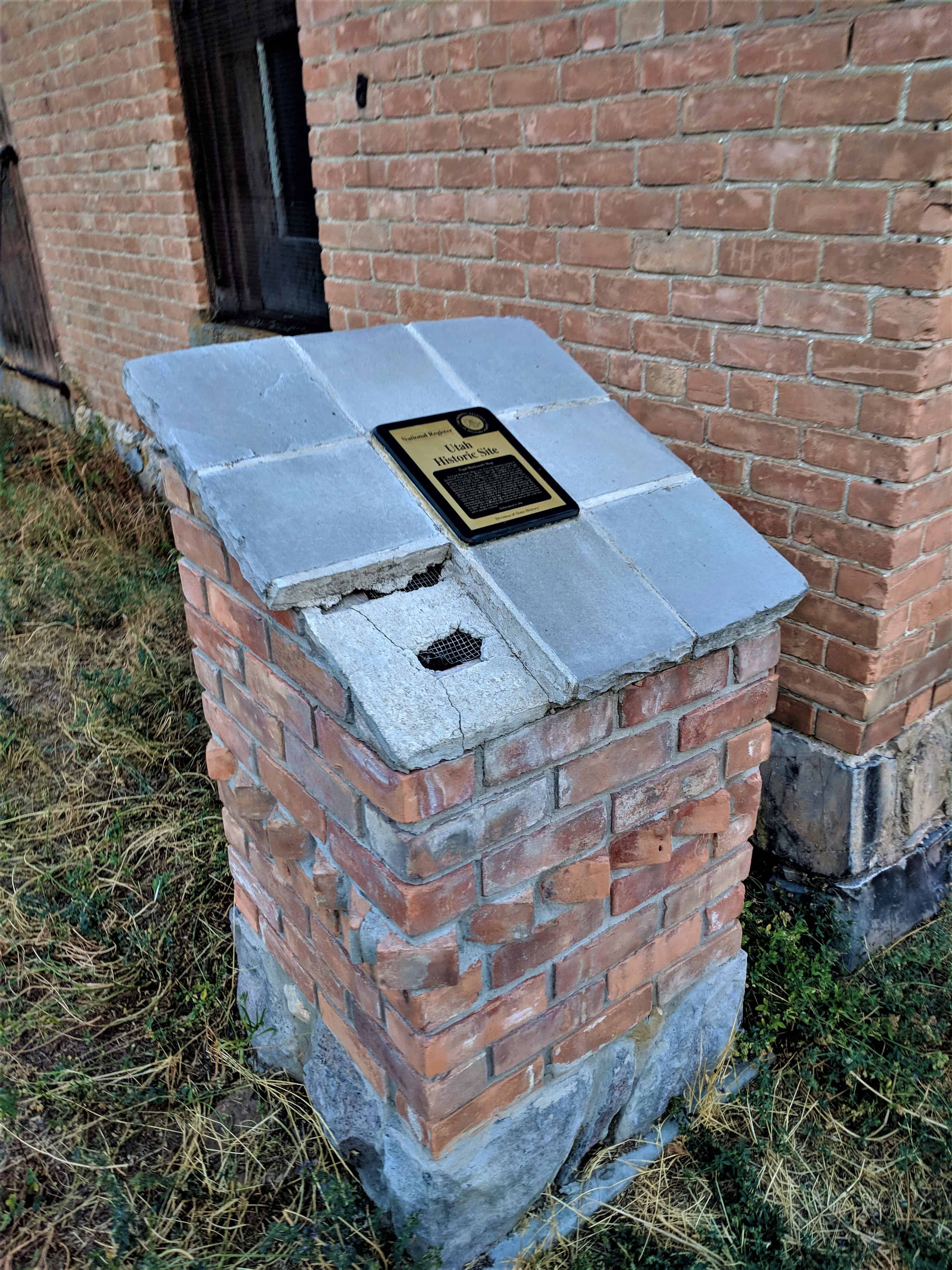 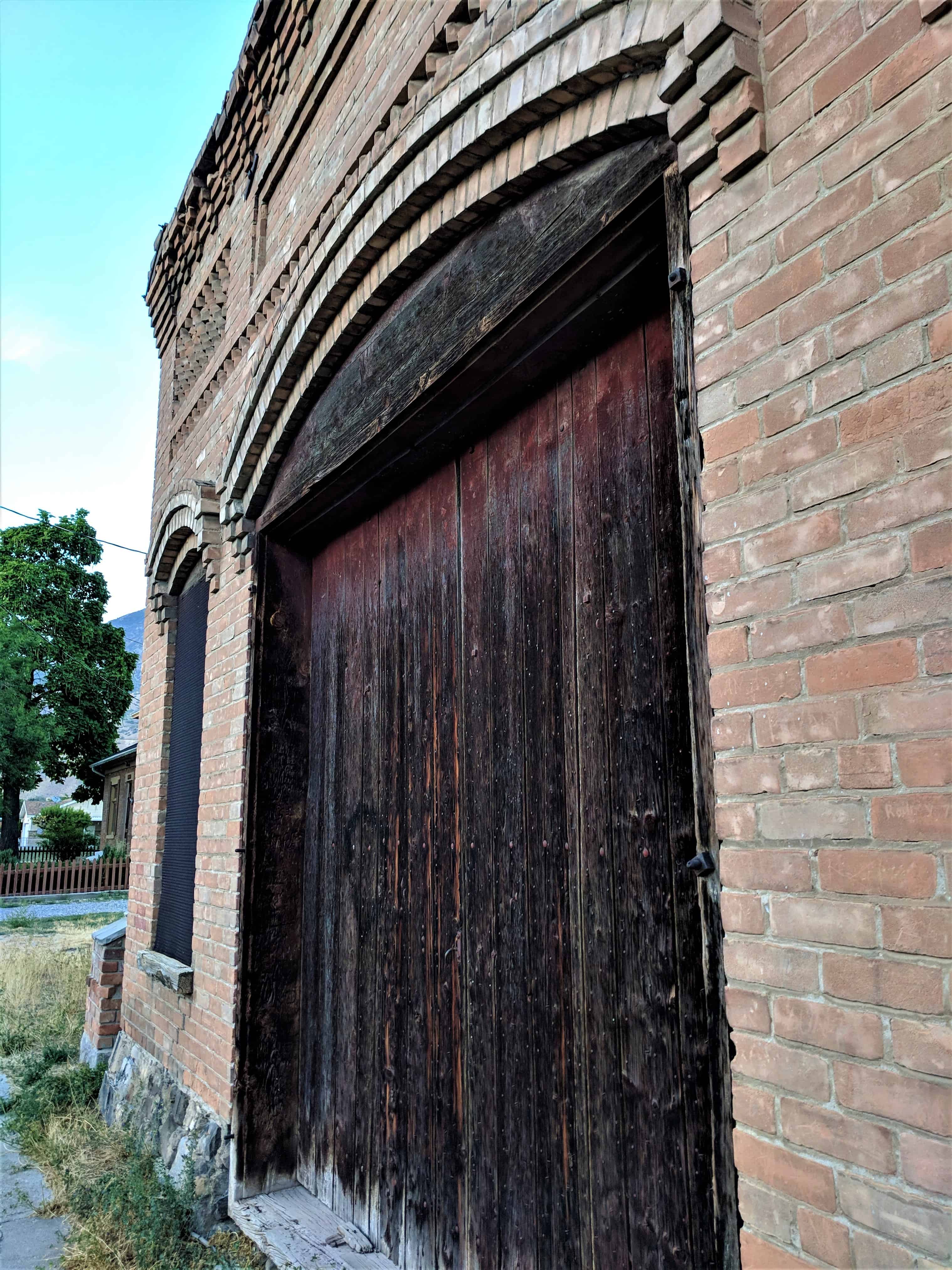 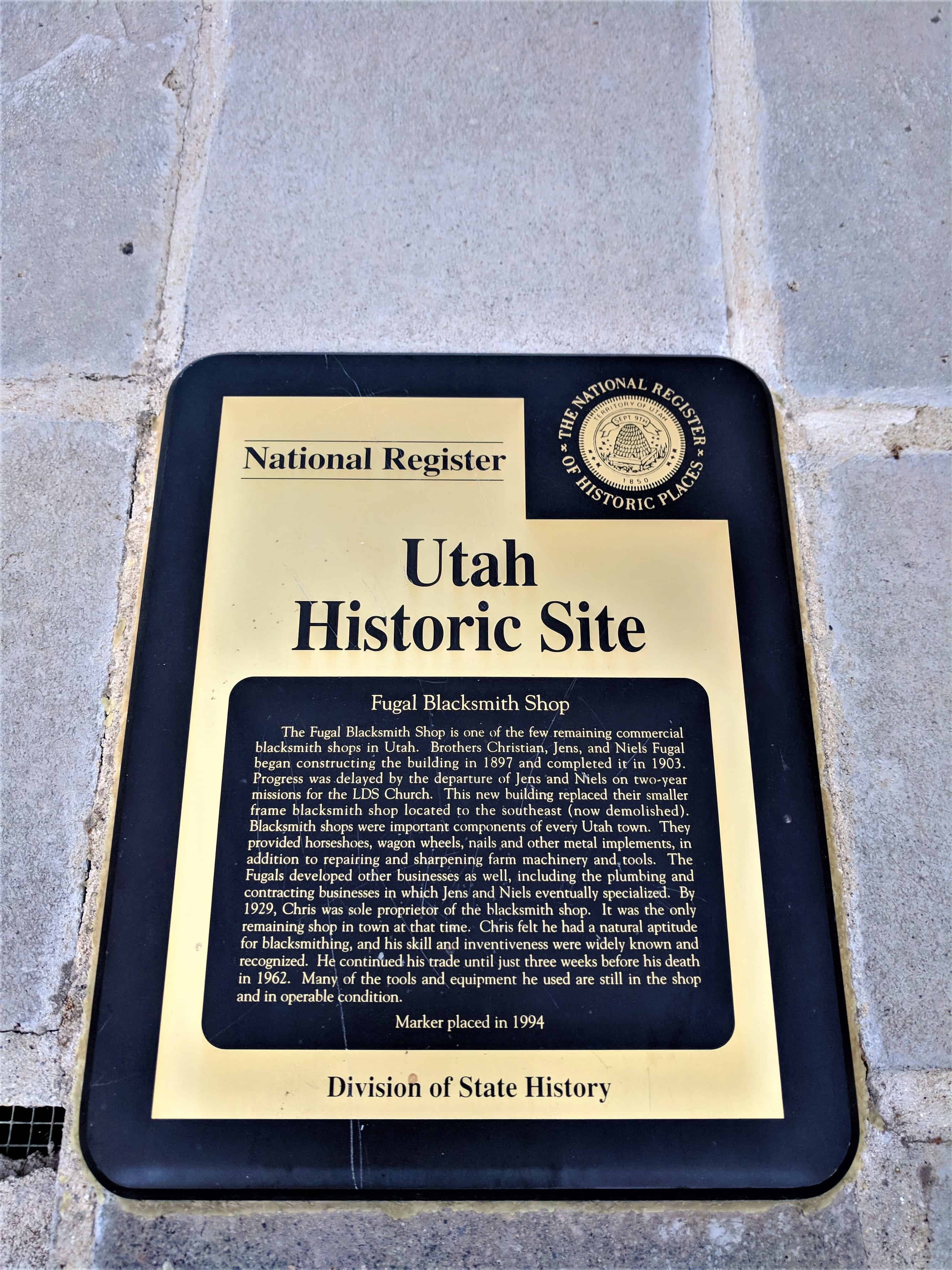 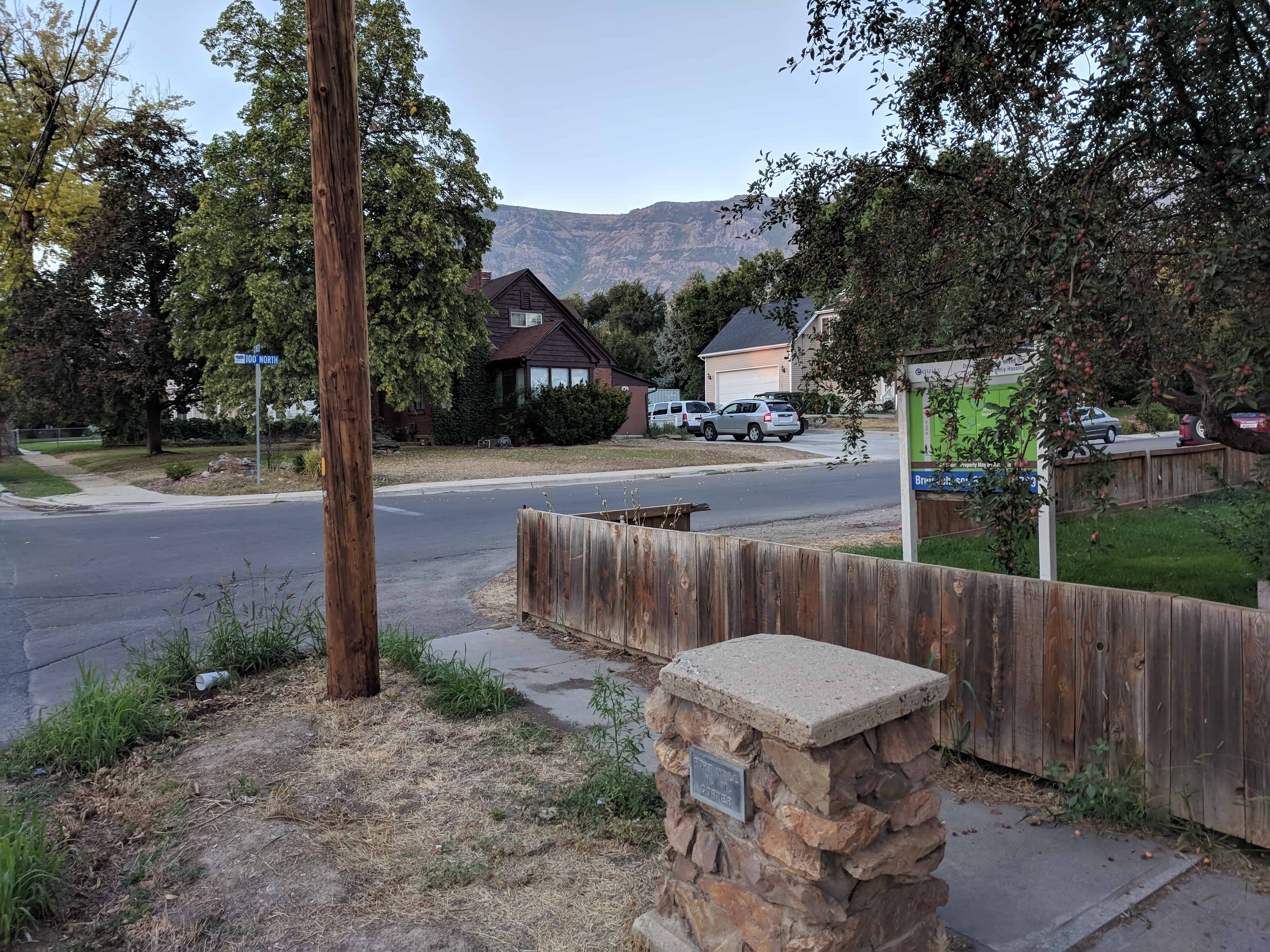 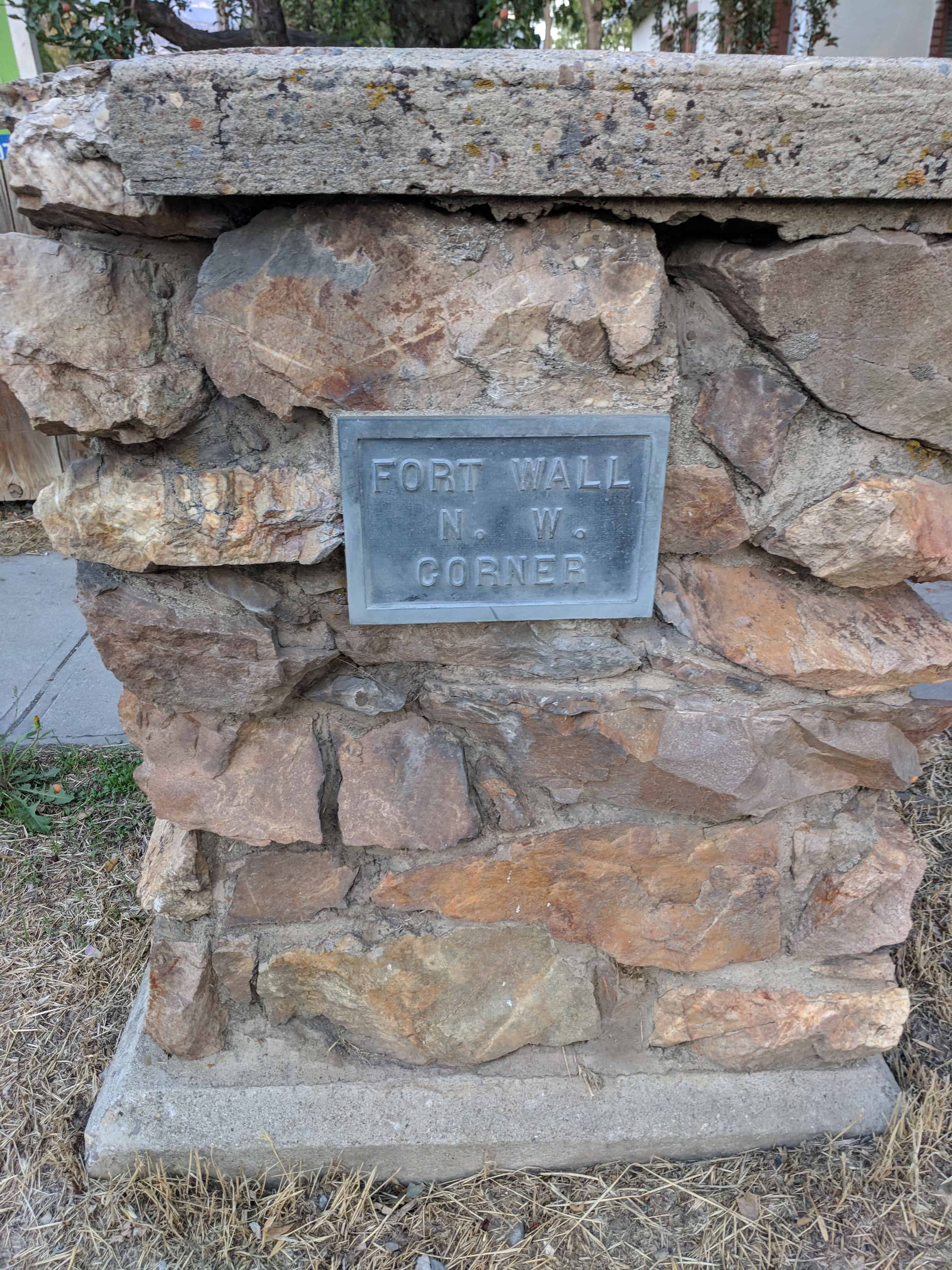 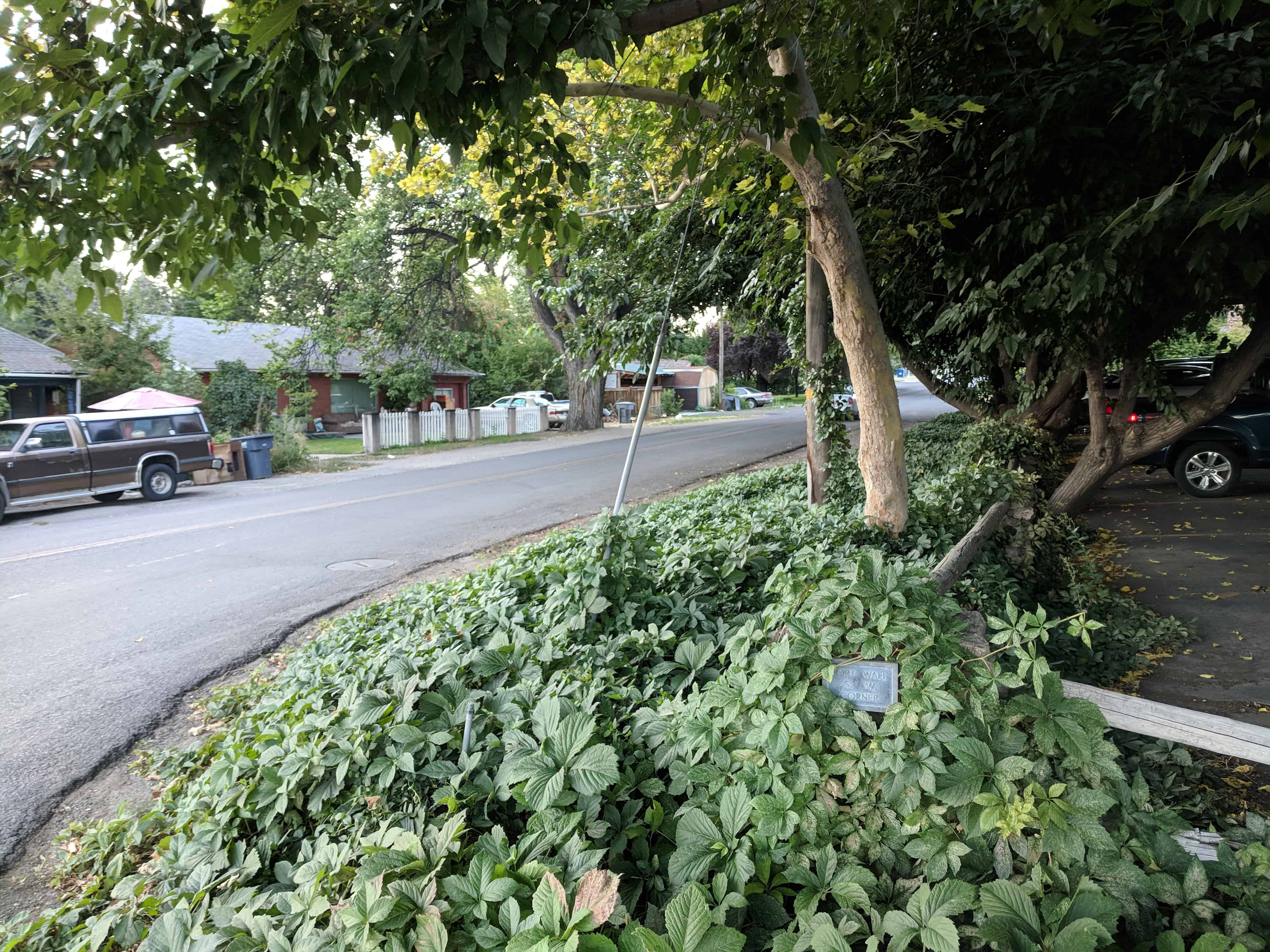 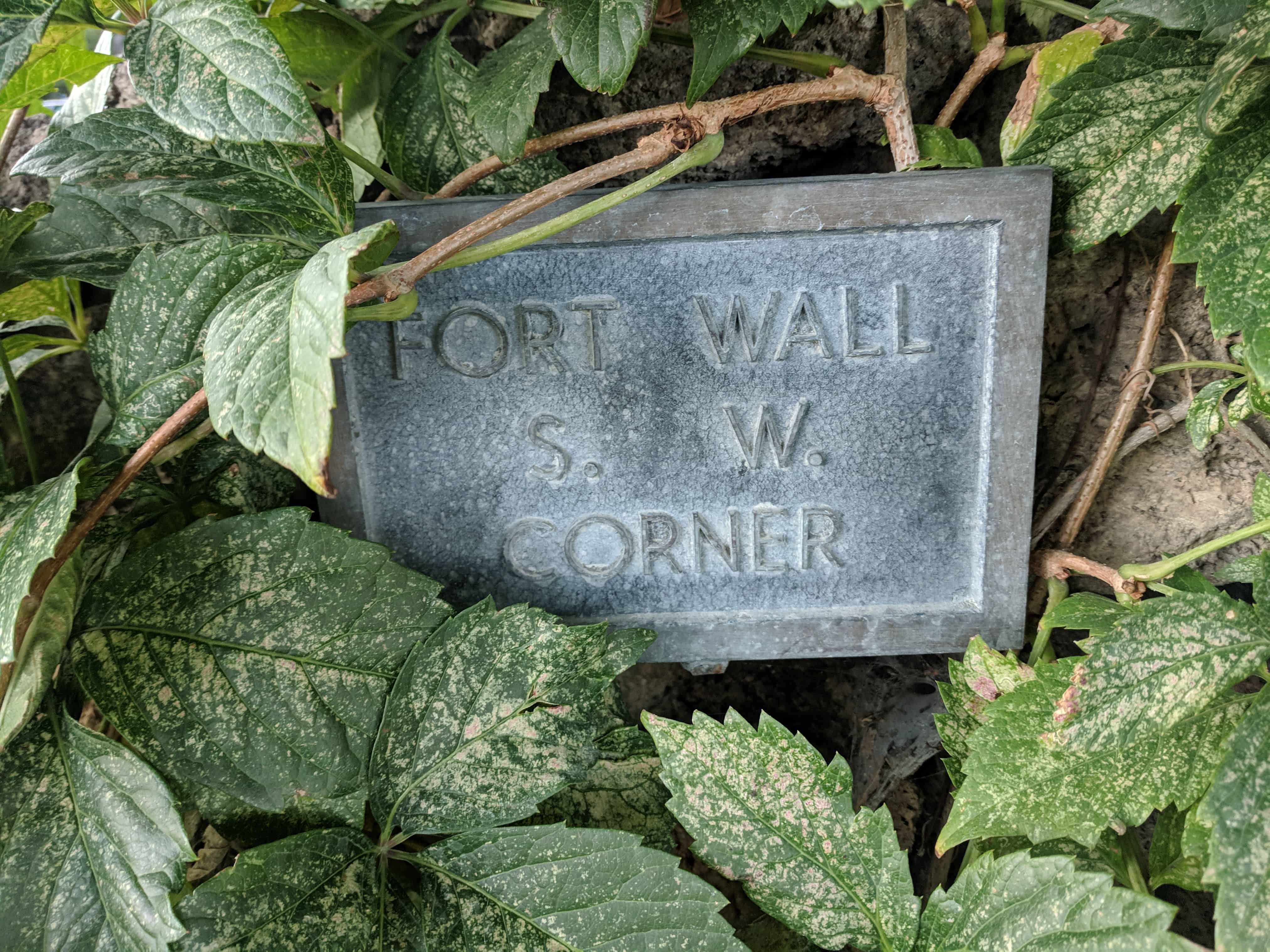 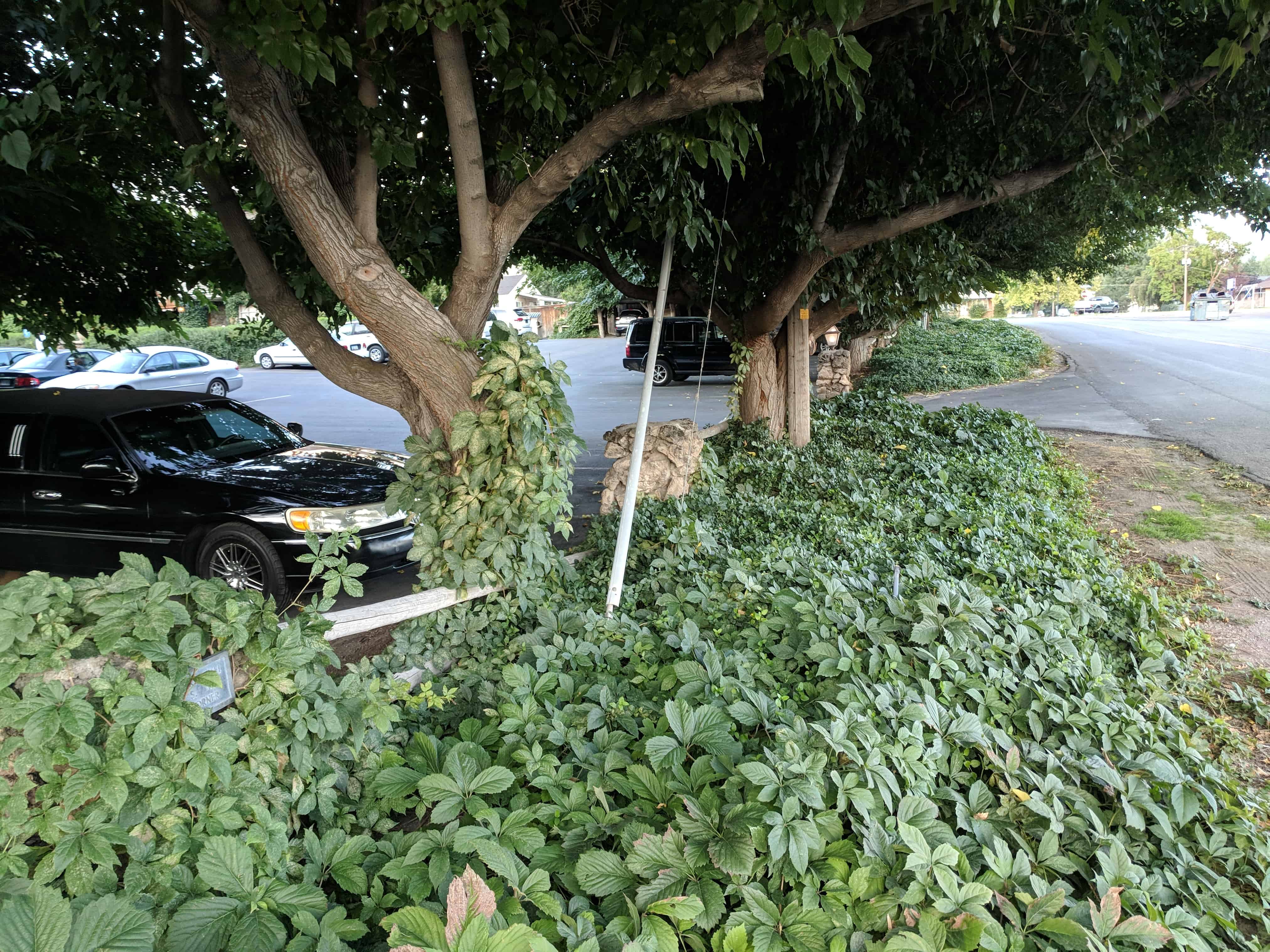 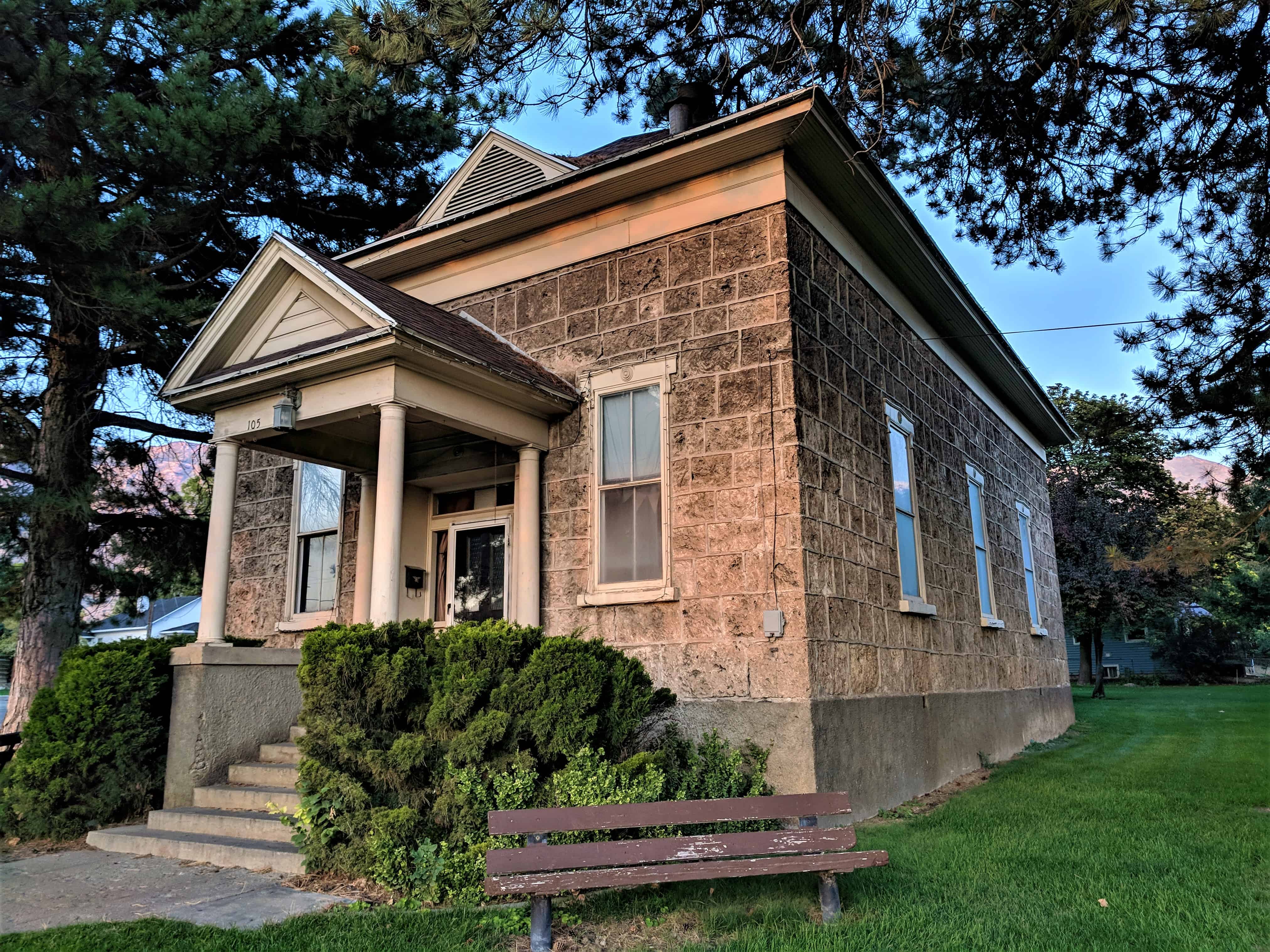 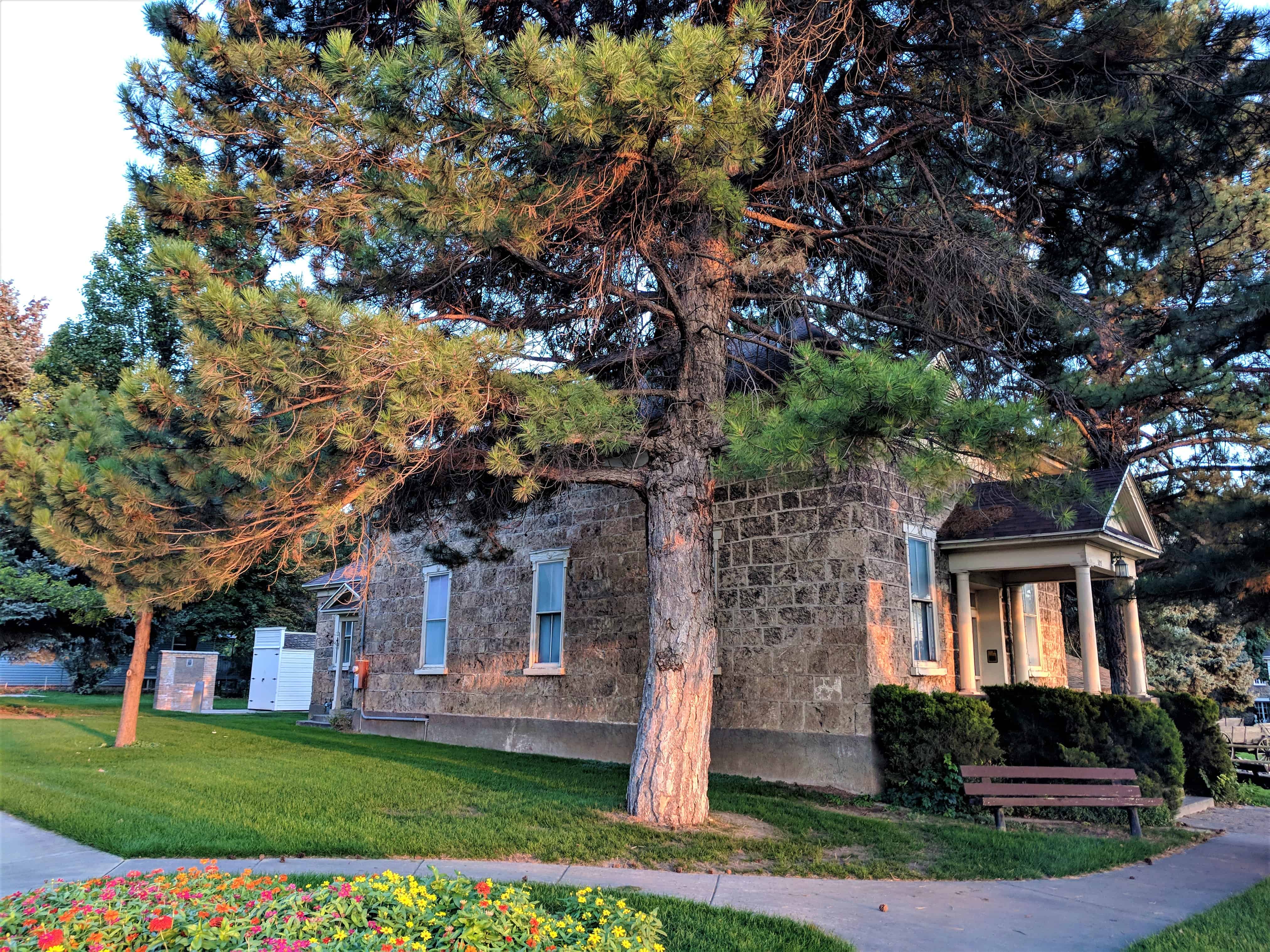 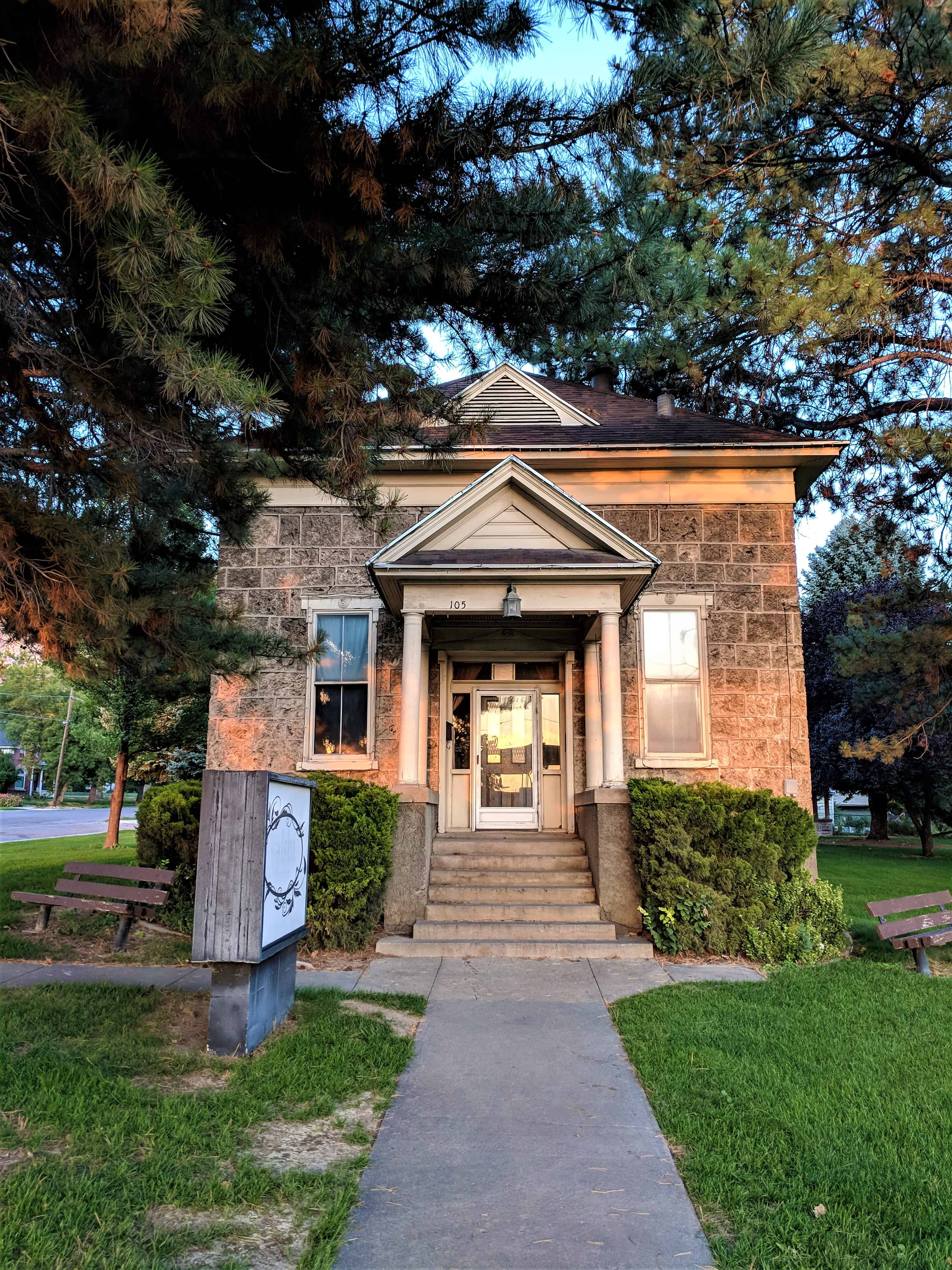 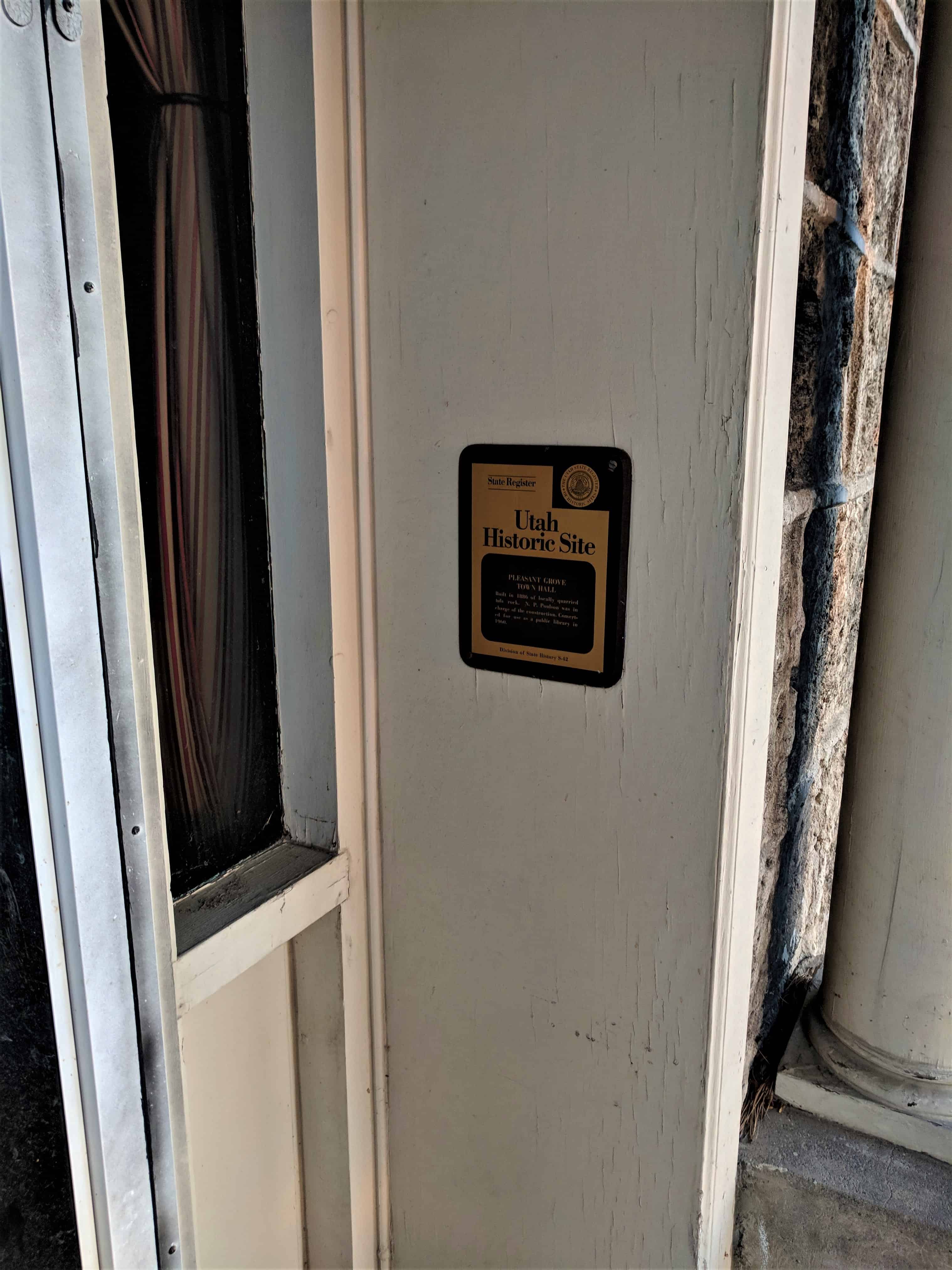 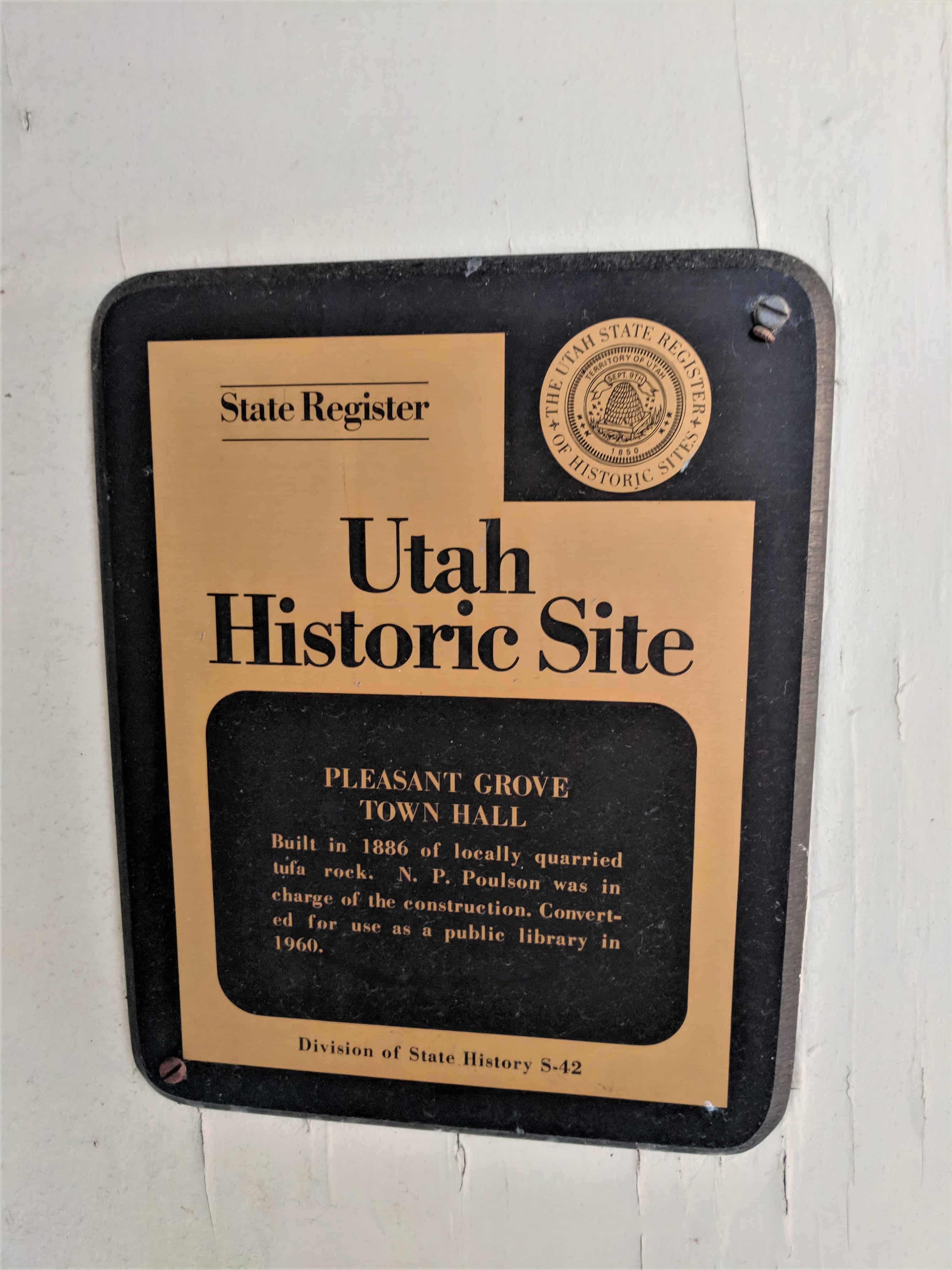