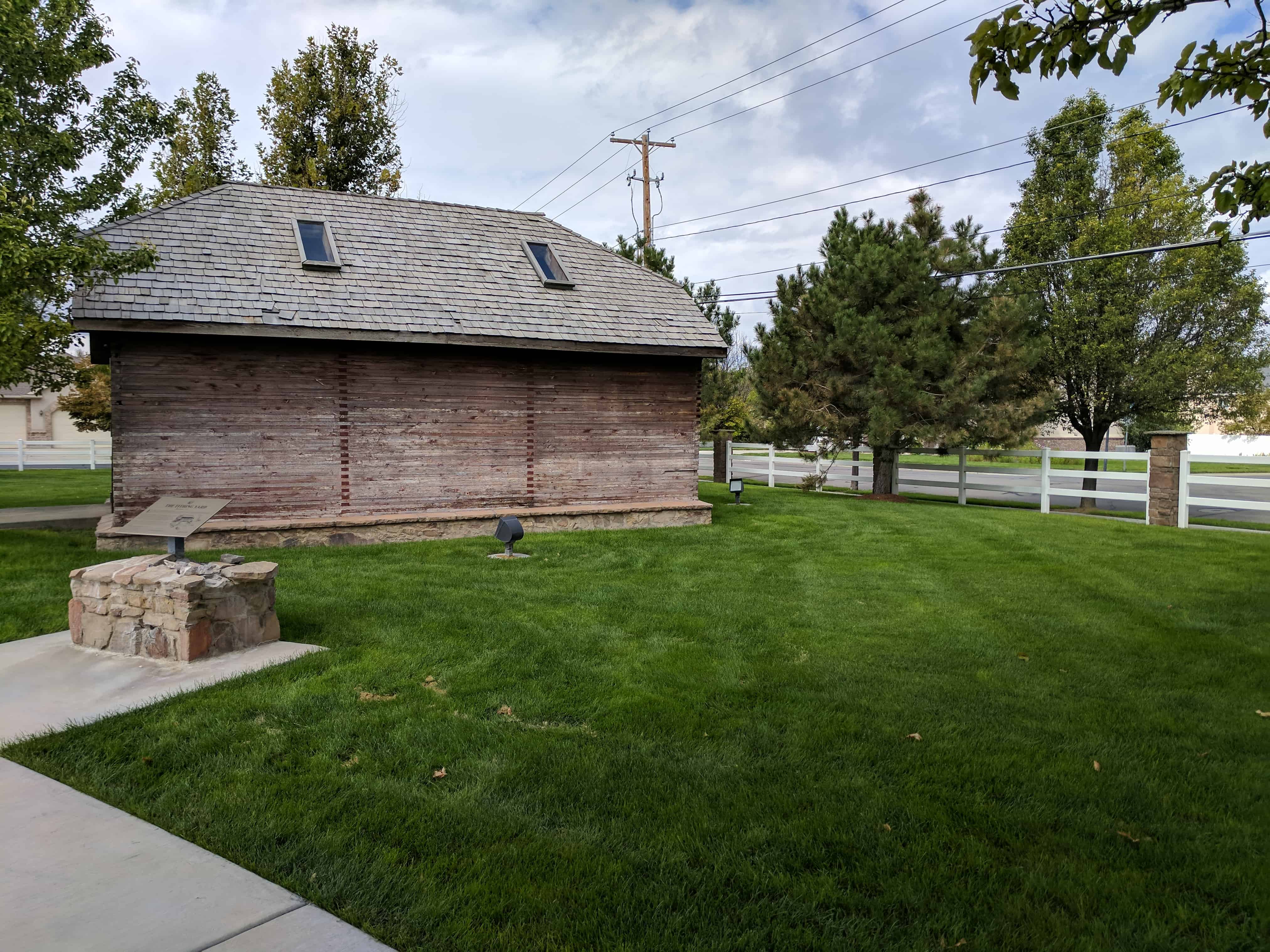 In 1886 a “tithing yard” was established in Riverton on land purchased from Samuel L. Howard. Located on the brow of the bench (1150 West 12400 South) and sloping down the bank towards the river, the site was locally designated “Tithing Yard Hill”. Faithful Mormon Church members brought their tithed increase in produce, livestock, poultry, grains, and other farm products to this collection site.

A locally situated “tithing yard” was a real convenience for the farmers. On the bench ground, there was an office building, weigh scales, a small granary, a large root cellar, haystacks, feed managers, and a barn. Cattle yards and pastures sloped to the river. Freeman R. Lloyd was the first supervisor of the Tithing Yard. Others who operated the “yard” included George W. Bills, George William, and Nevada Butterfield. Thomas B. Lloyd, a son of Freeman, wrote about the operation of the Tithing Yard:

“We fed sheep, hogs, chicken & etc. that was turned in on tithing. When the cattle & sheep & etc. were fat, they were driven to the Church farm at old 13th South & 1st West, Now 27th South. I spent many a day, trailing cattle and sheep to the Church farm. There they were butchered and sold and the money turned over to the general authorities of the Church”

The Tithing Yard discontinued operation in 1913.

This plaque is located in Tithing Hill Park. 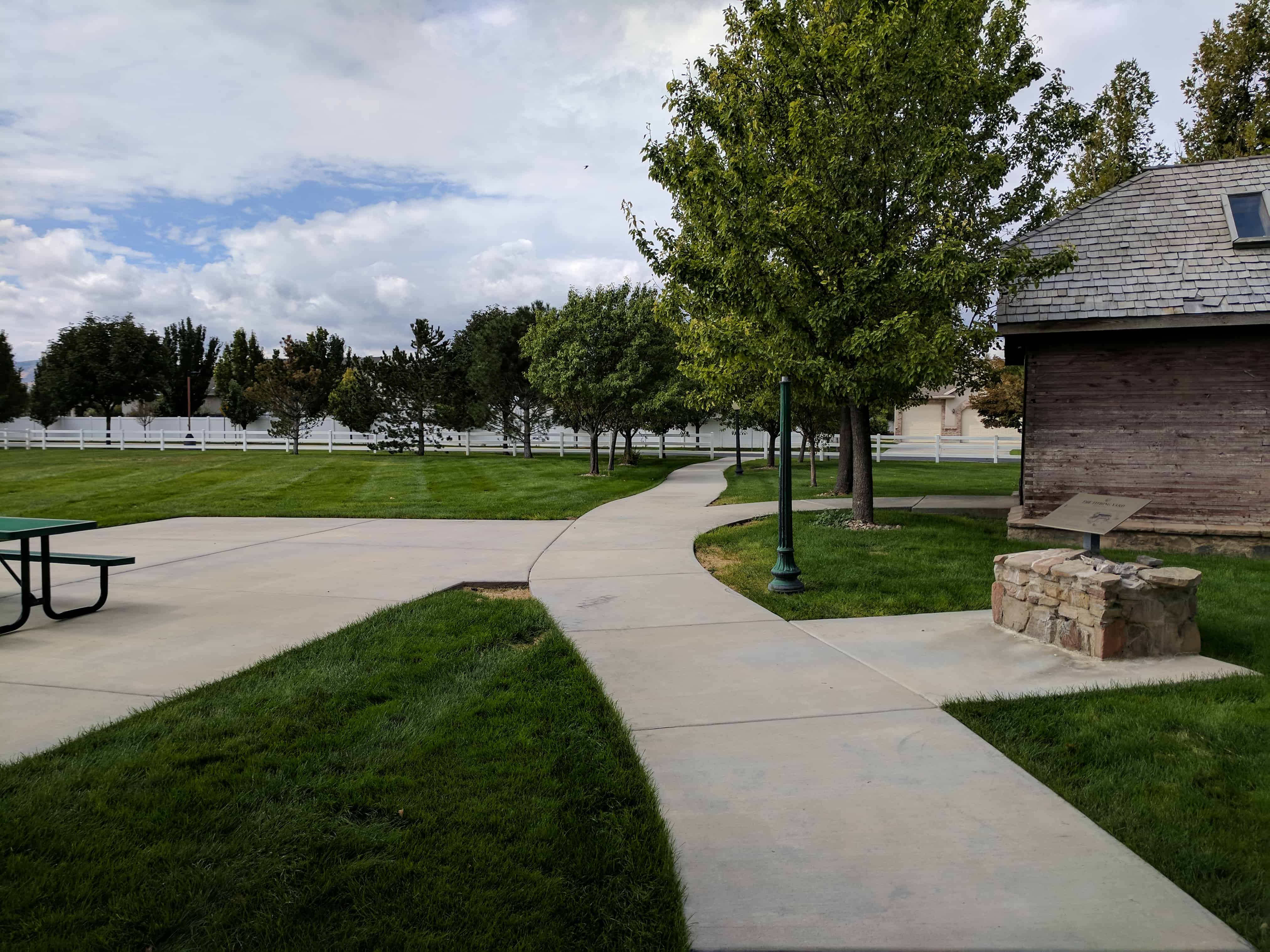 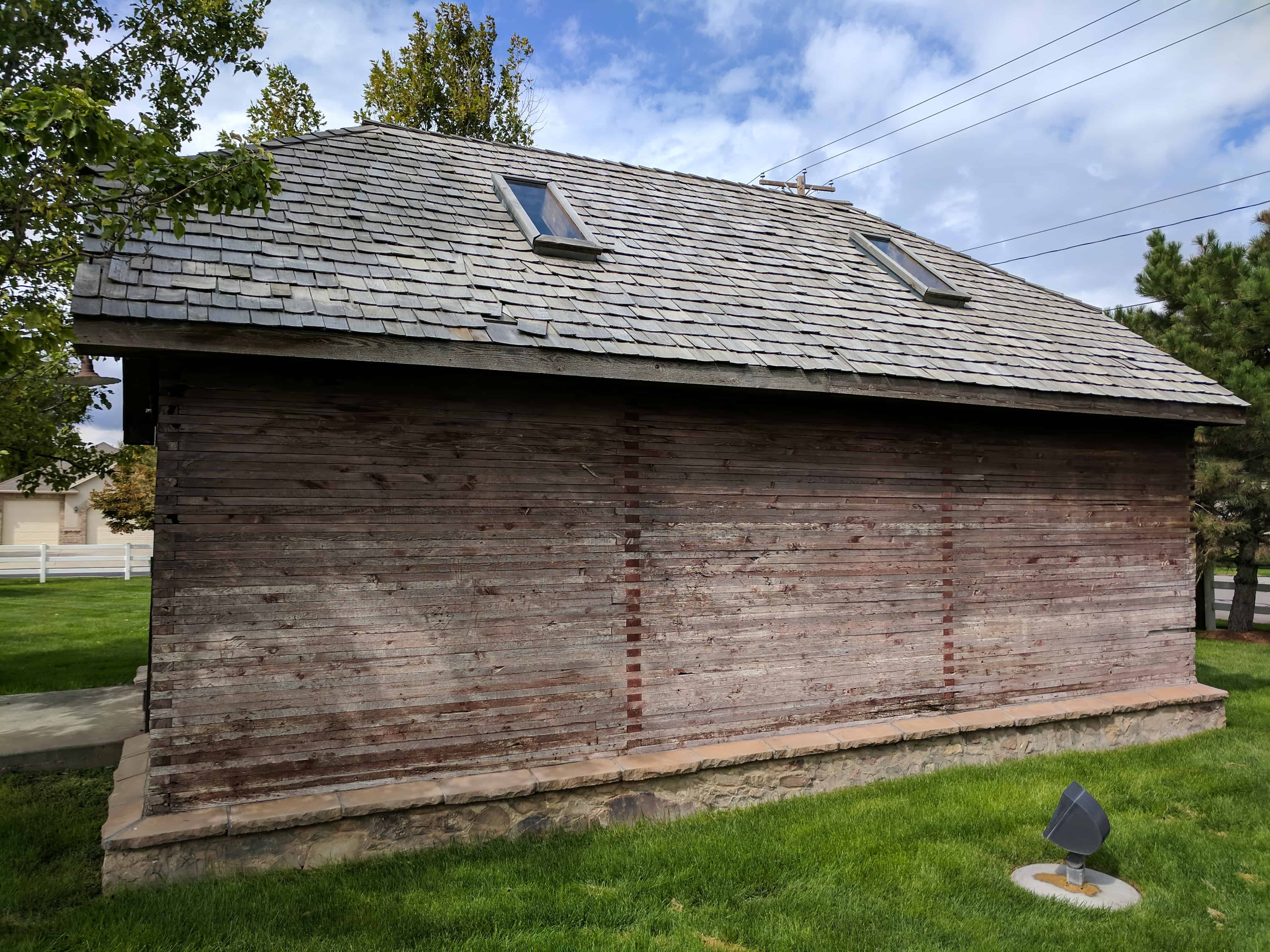 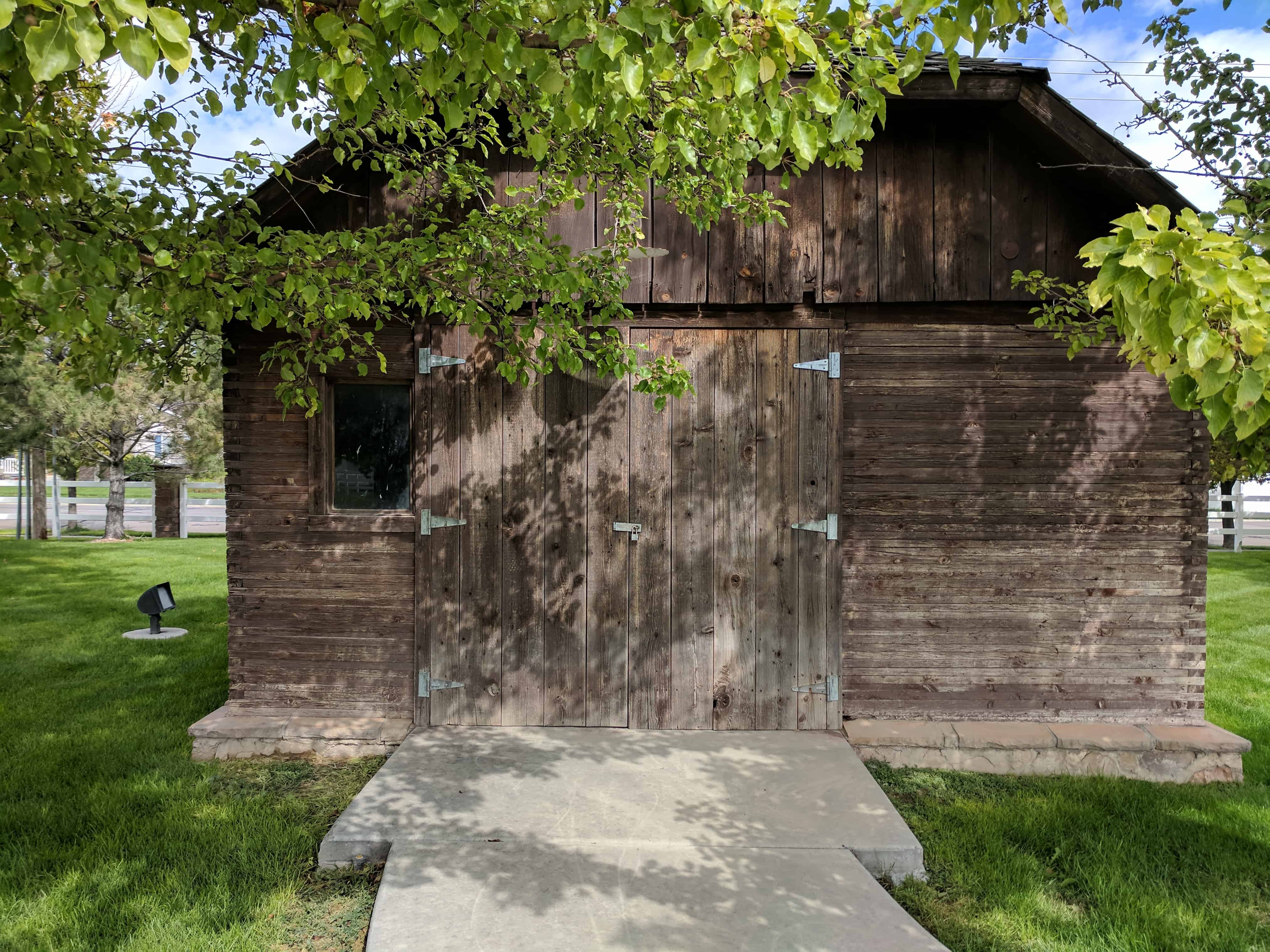 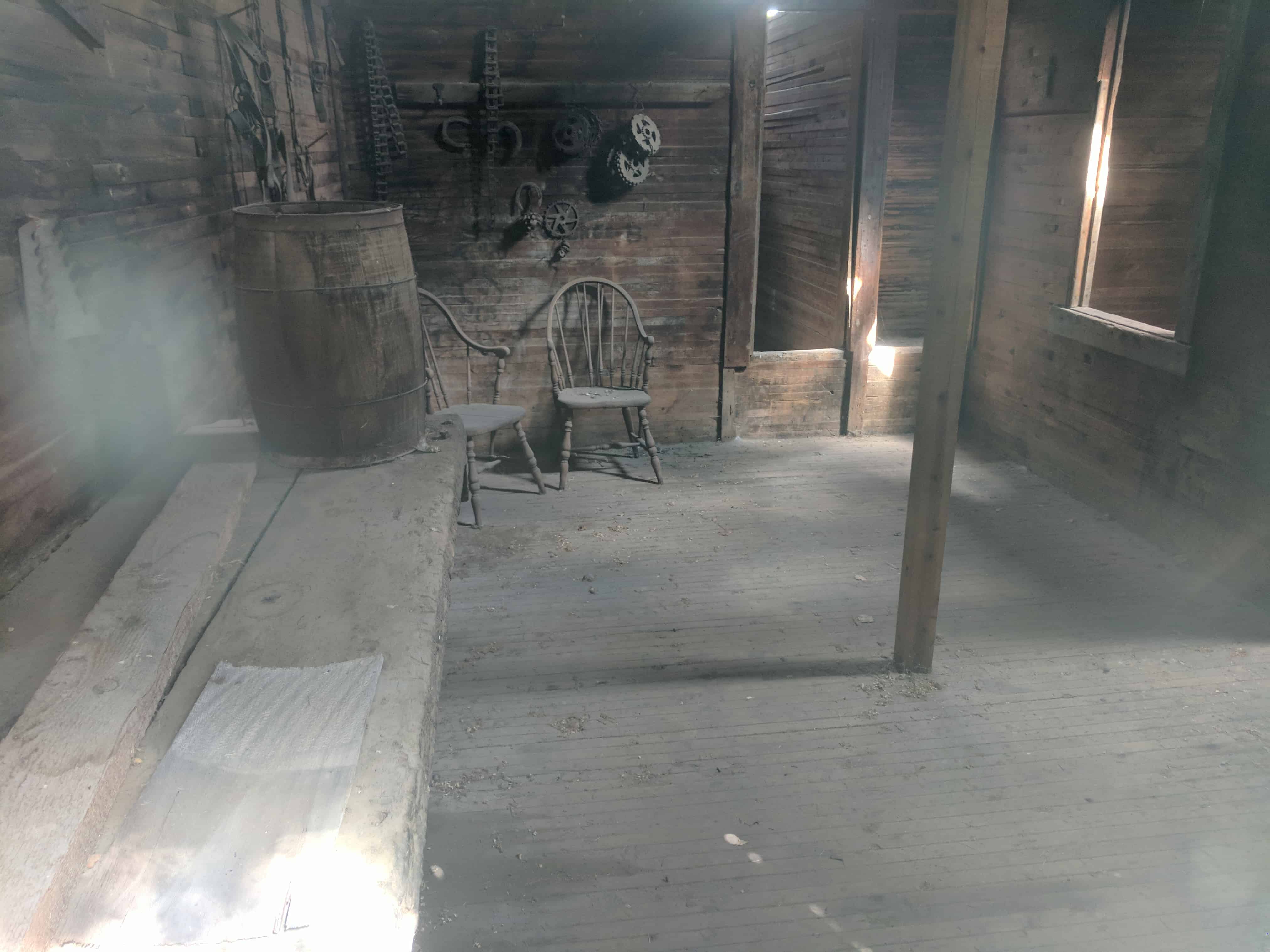 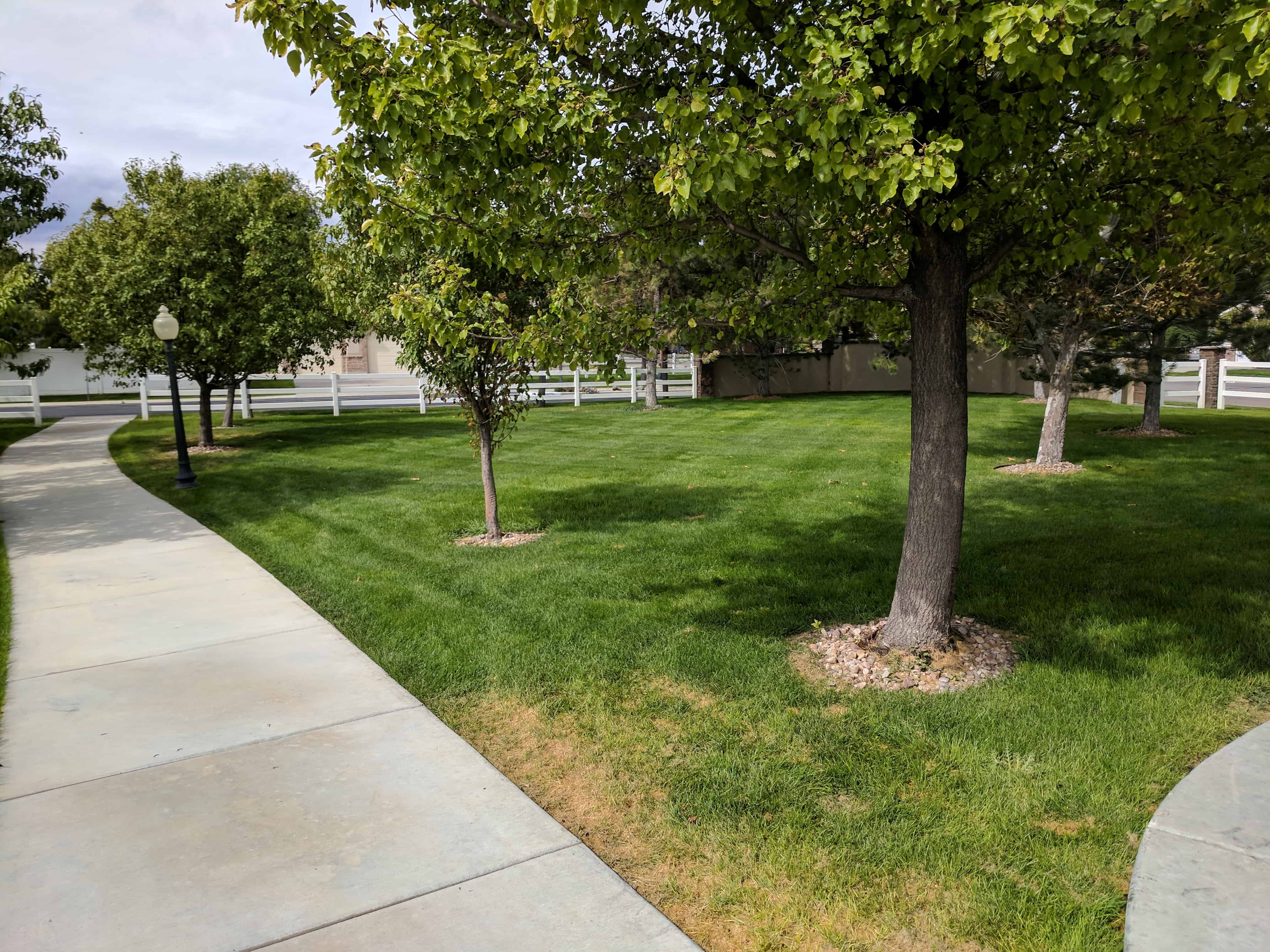 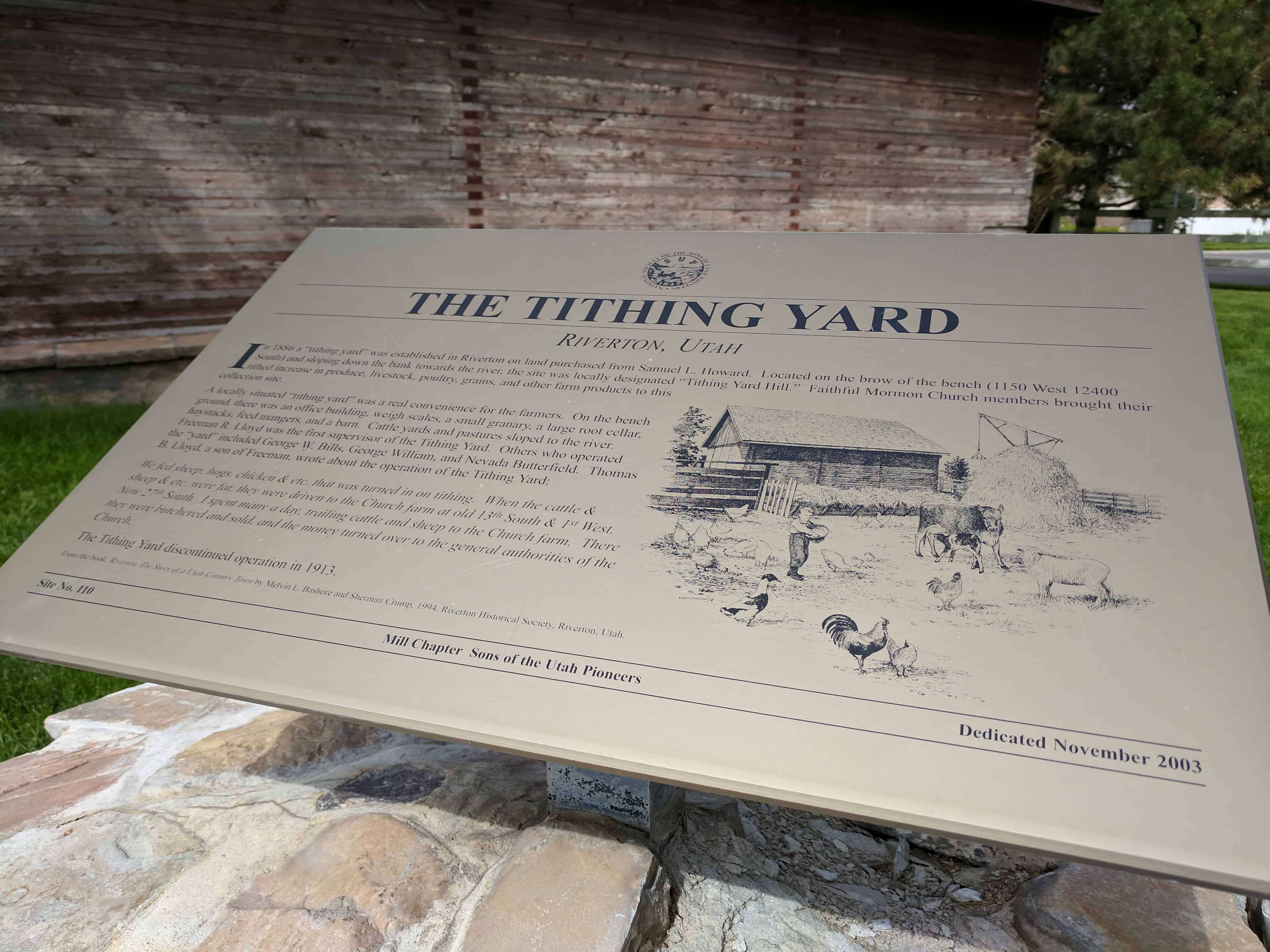 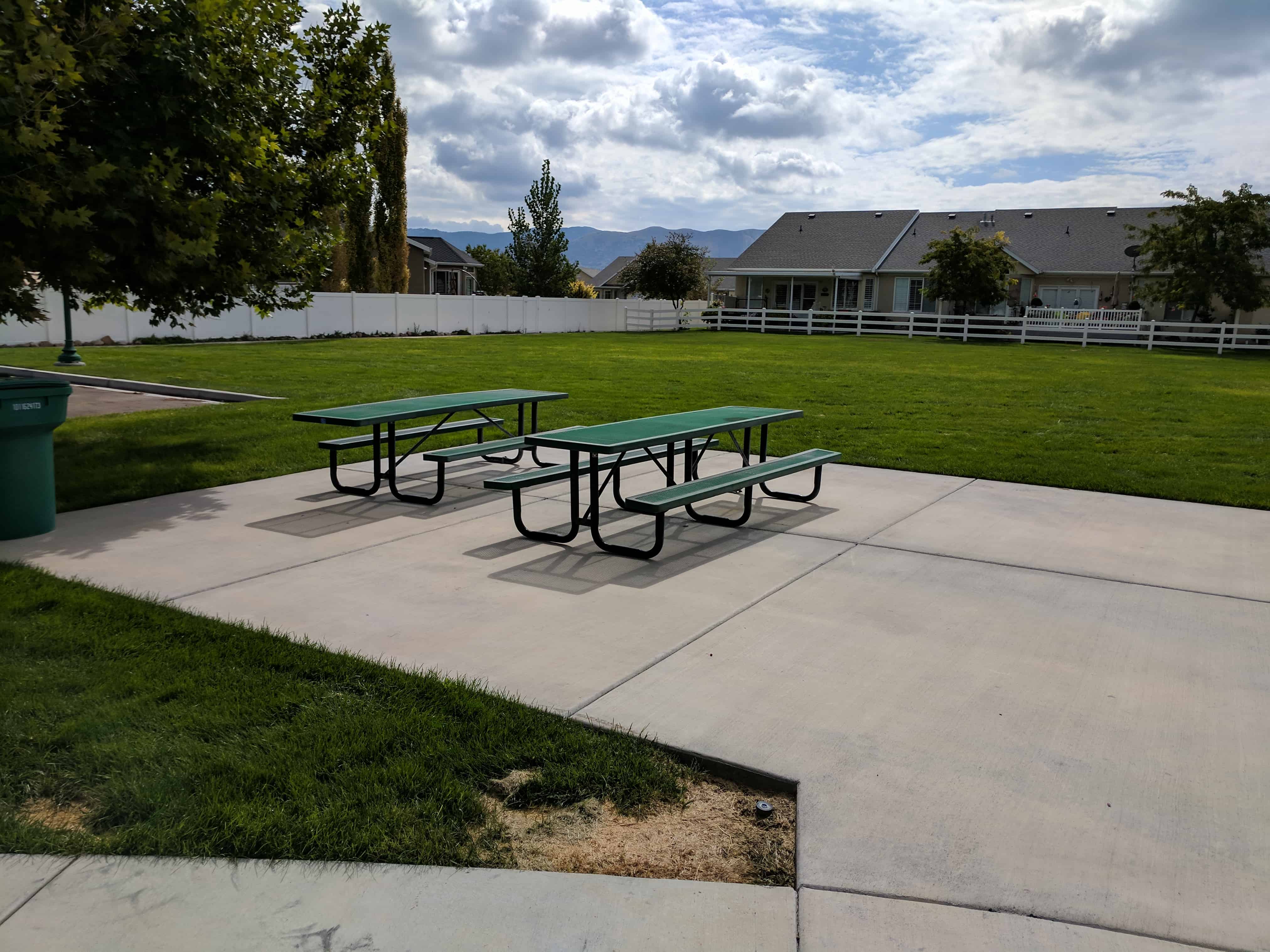 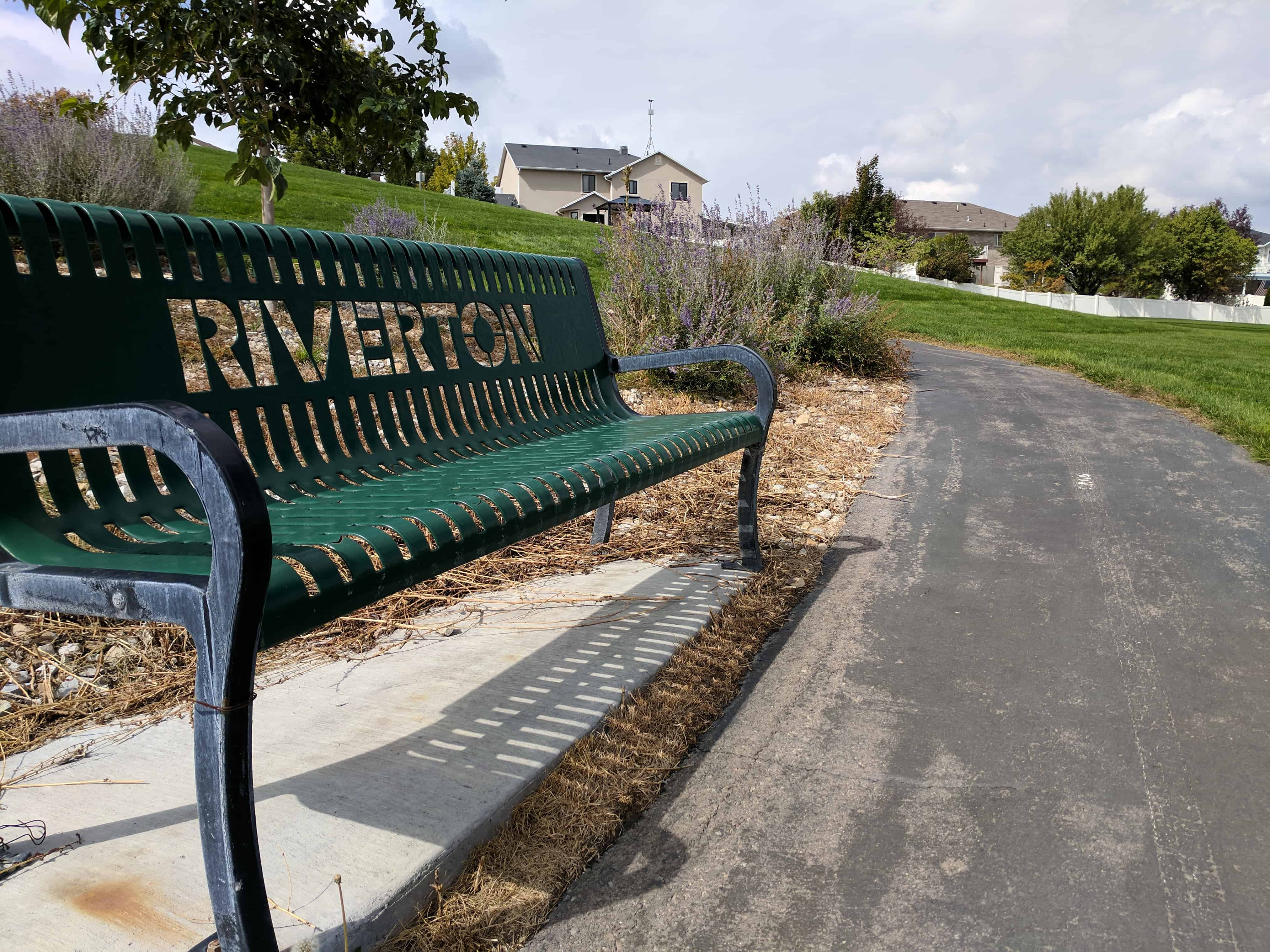 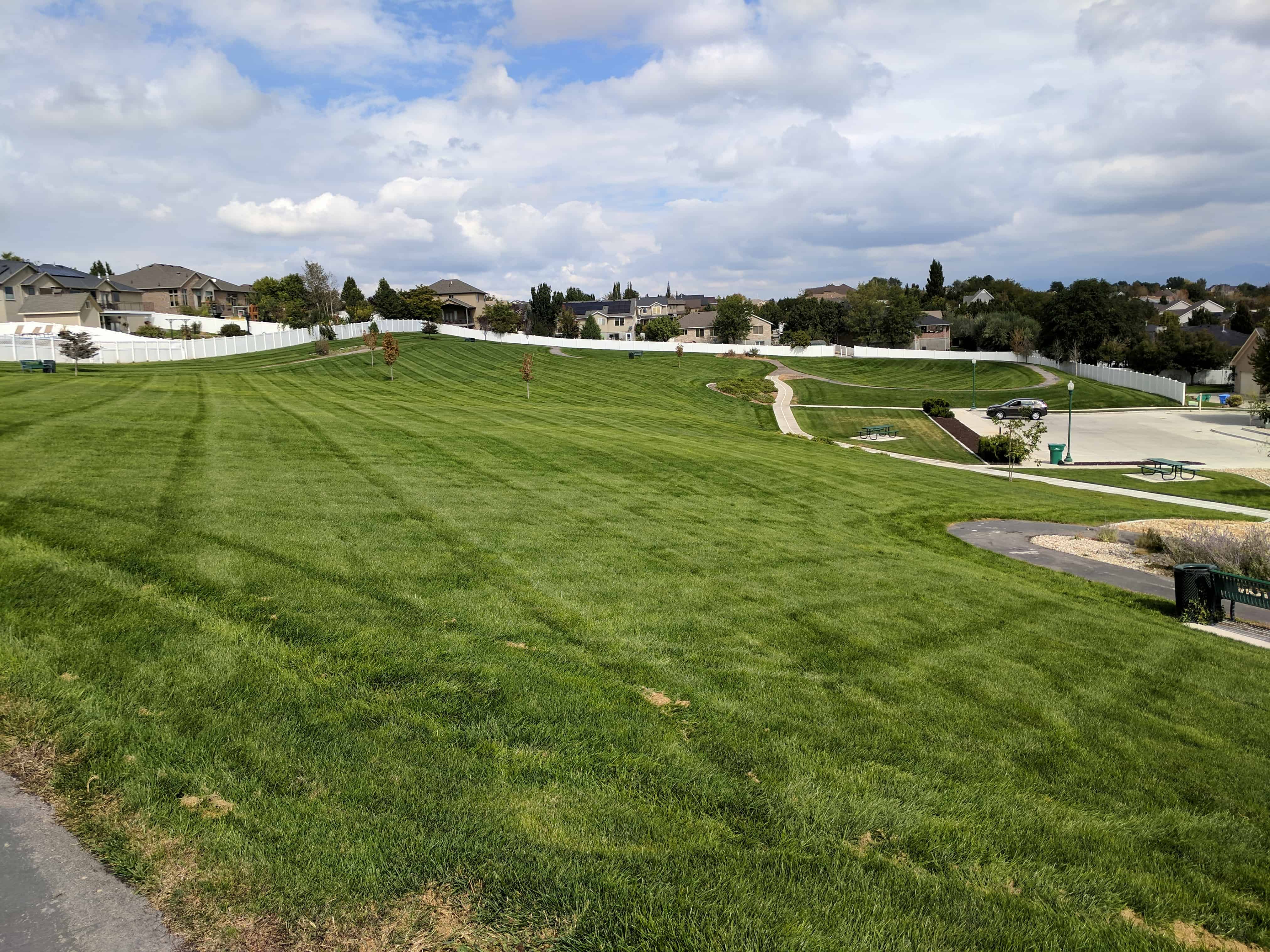 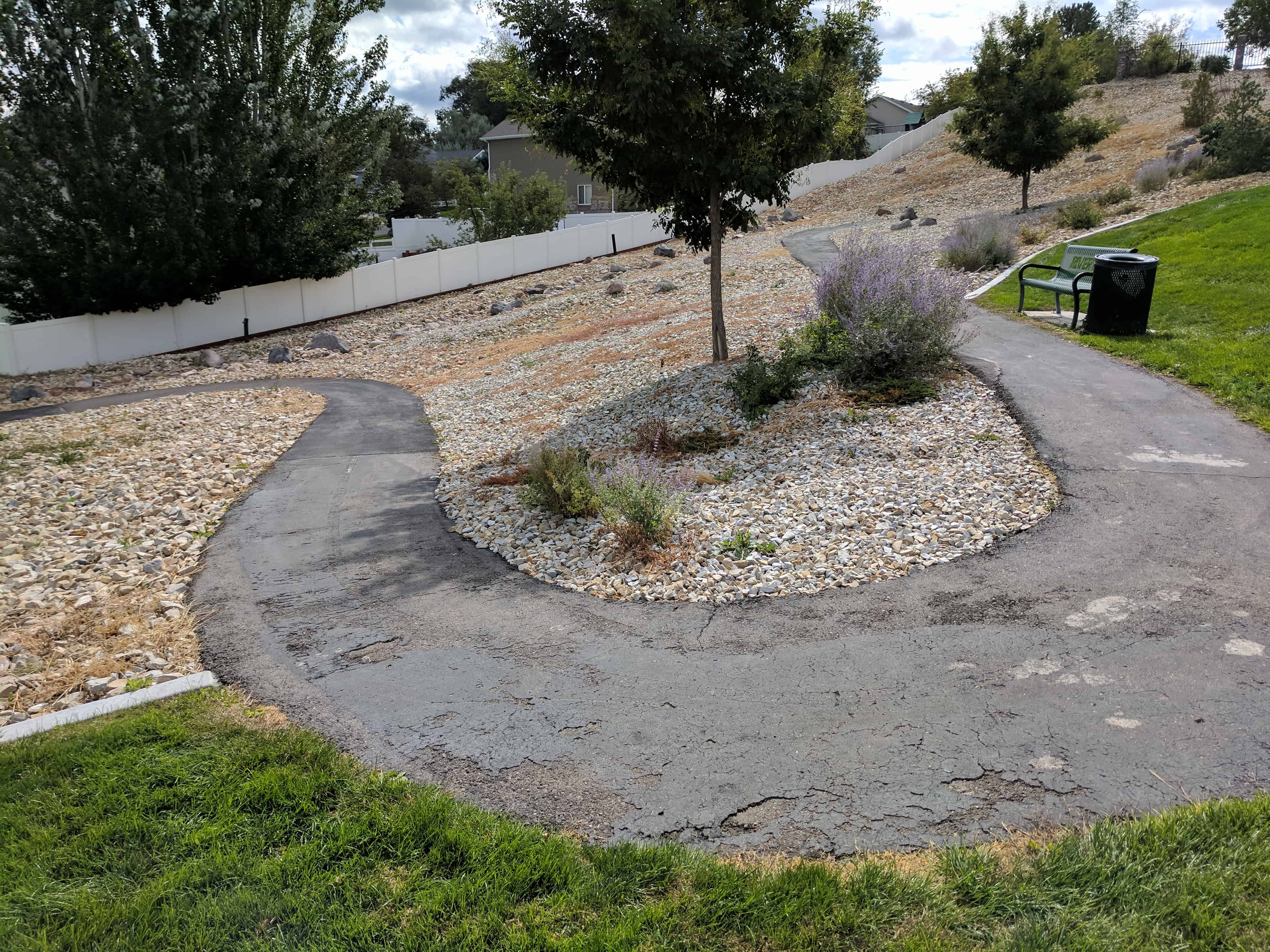 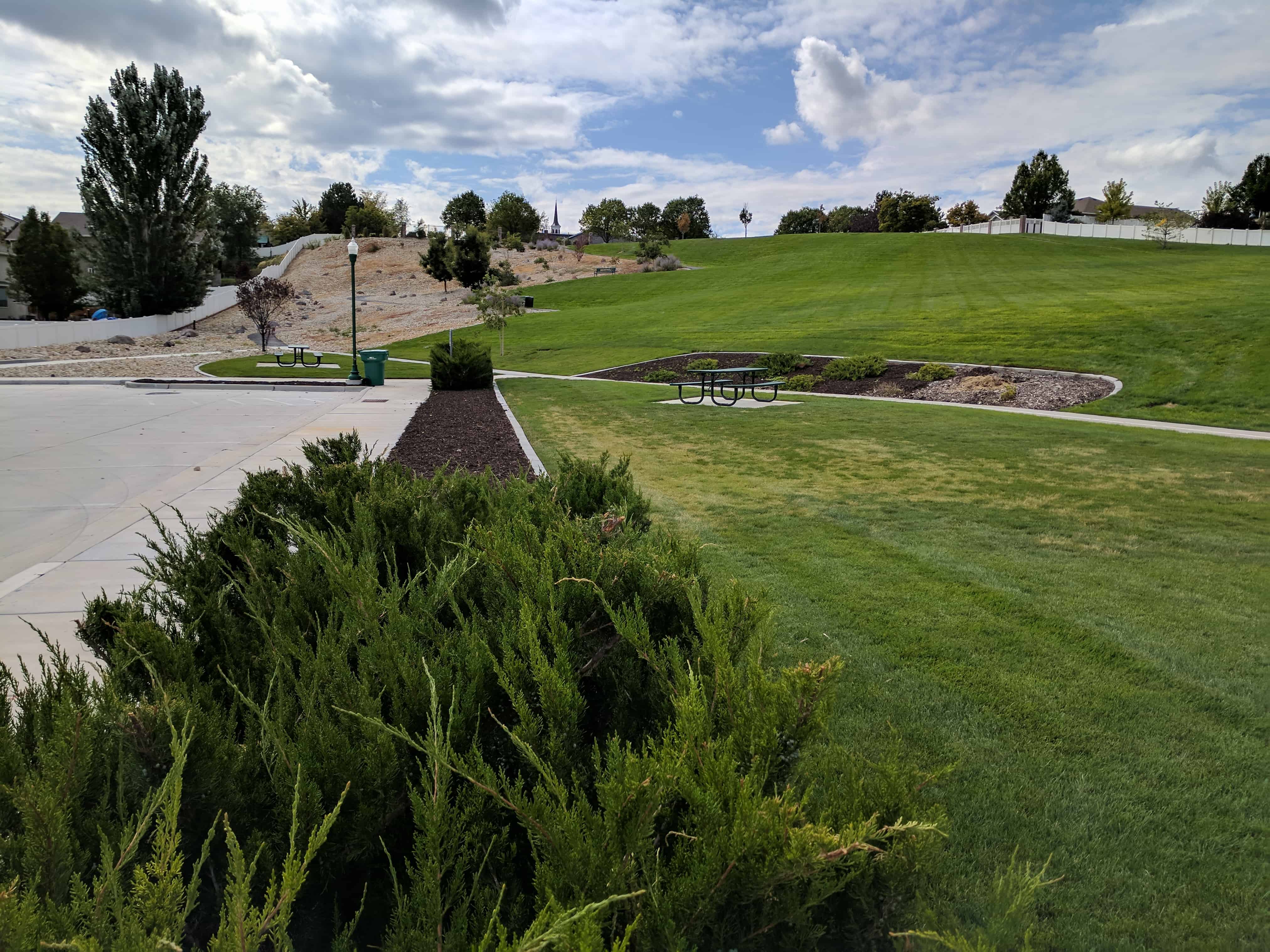 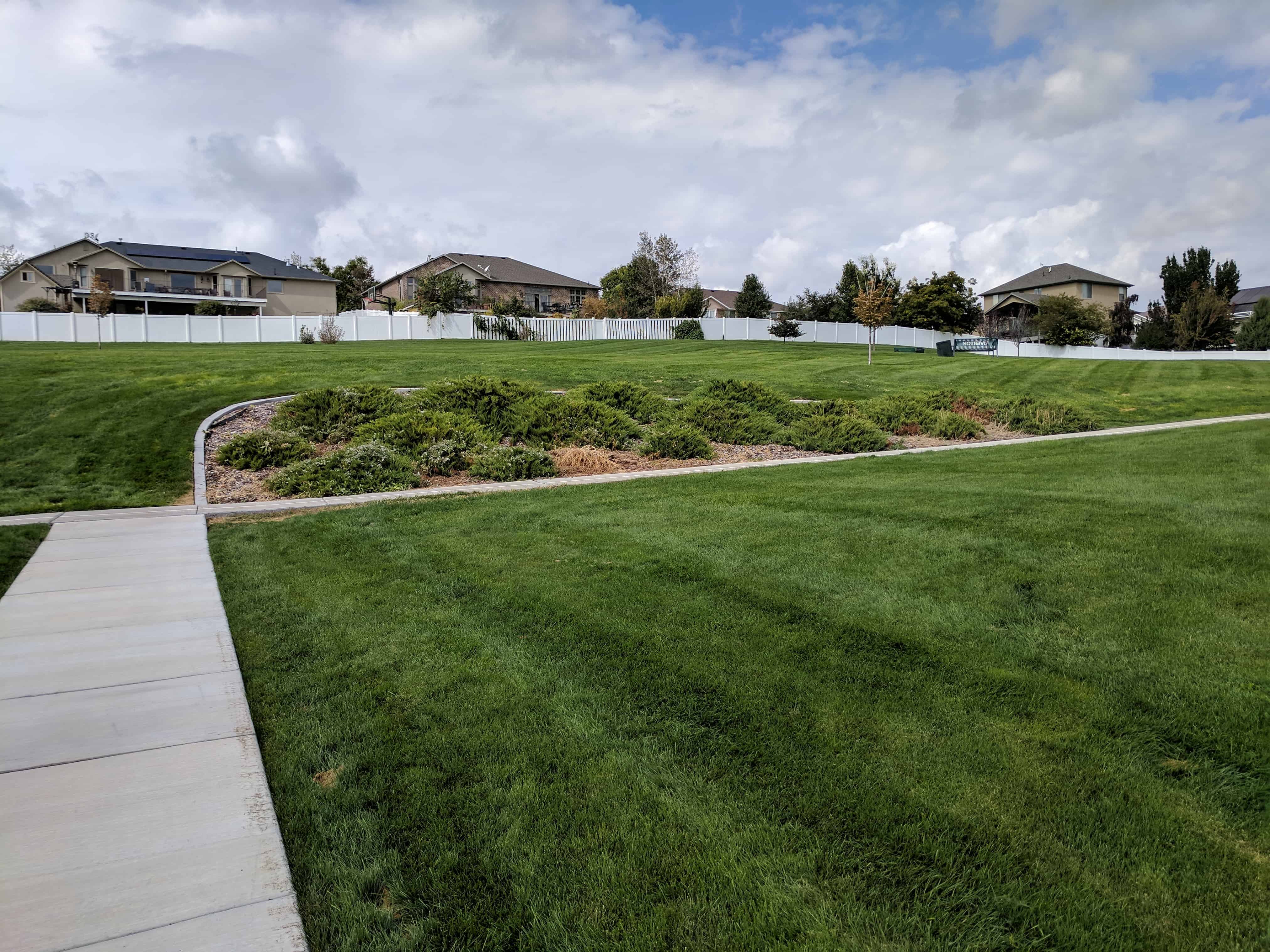 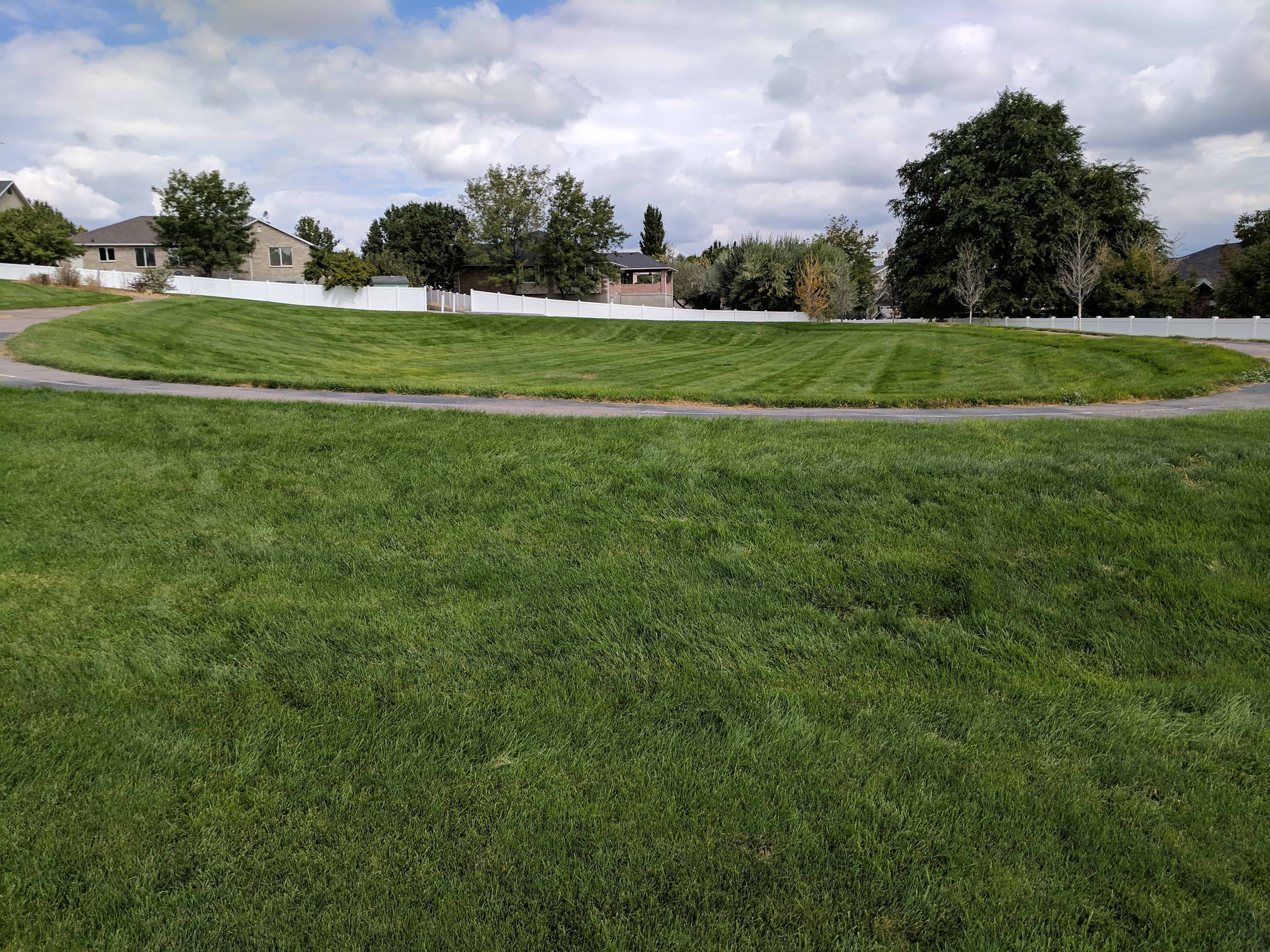 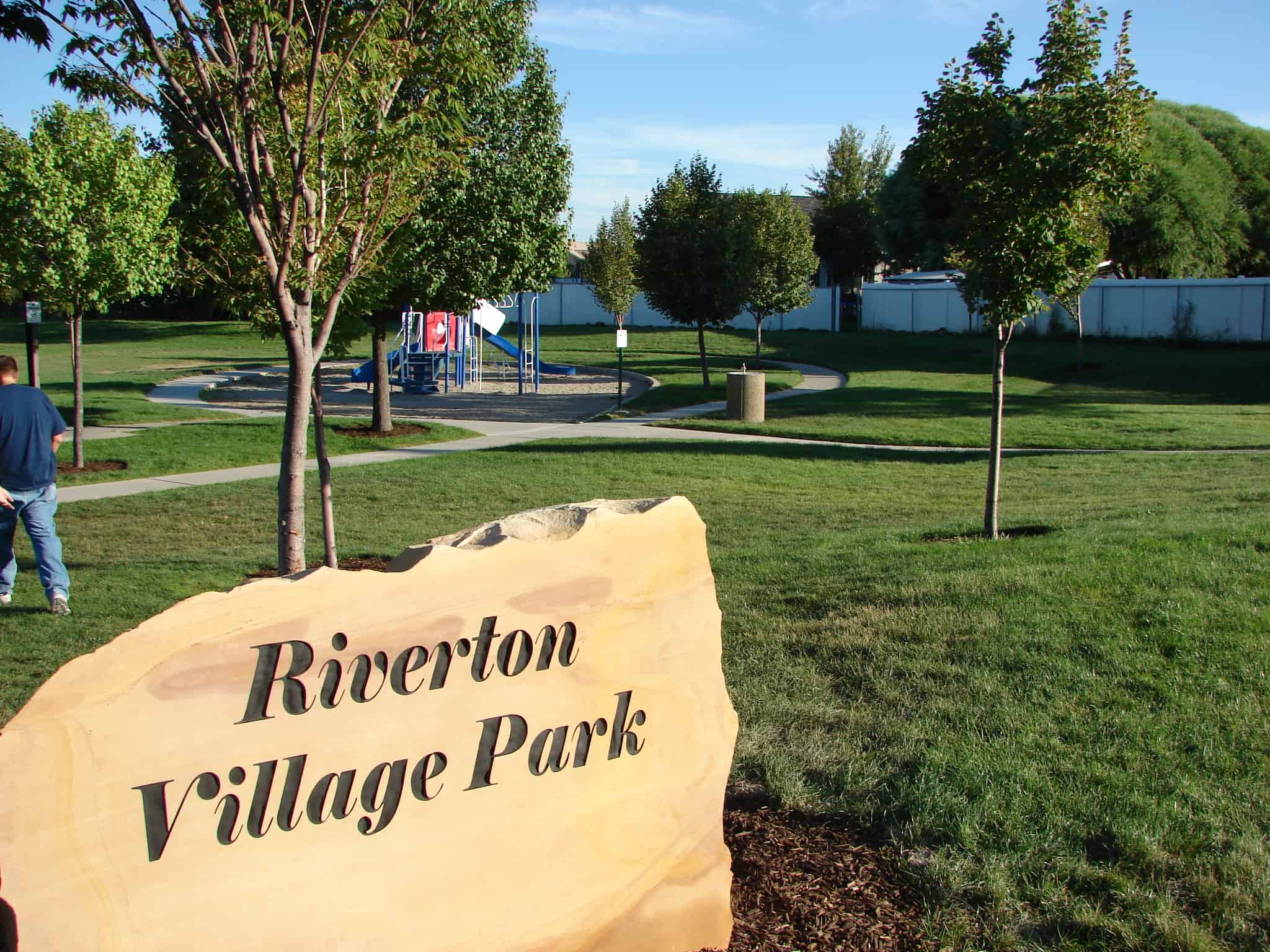 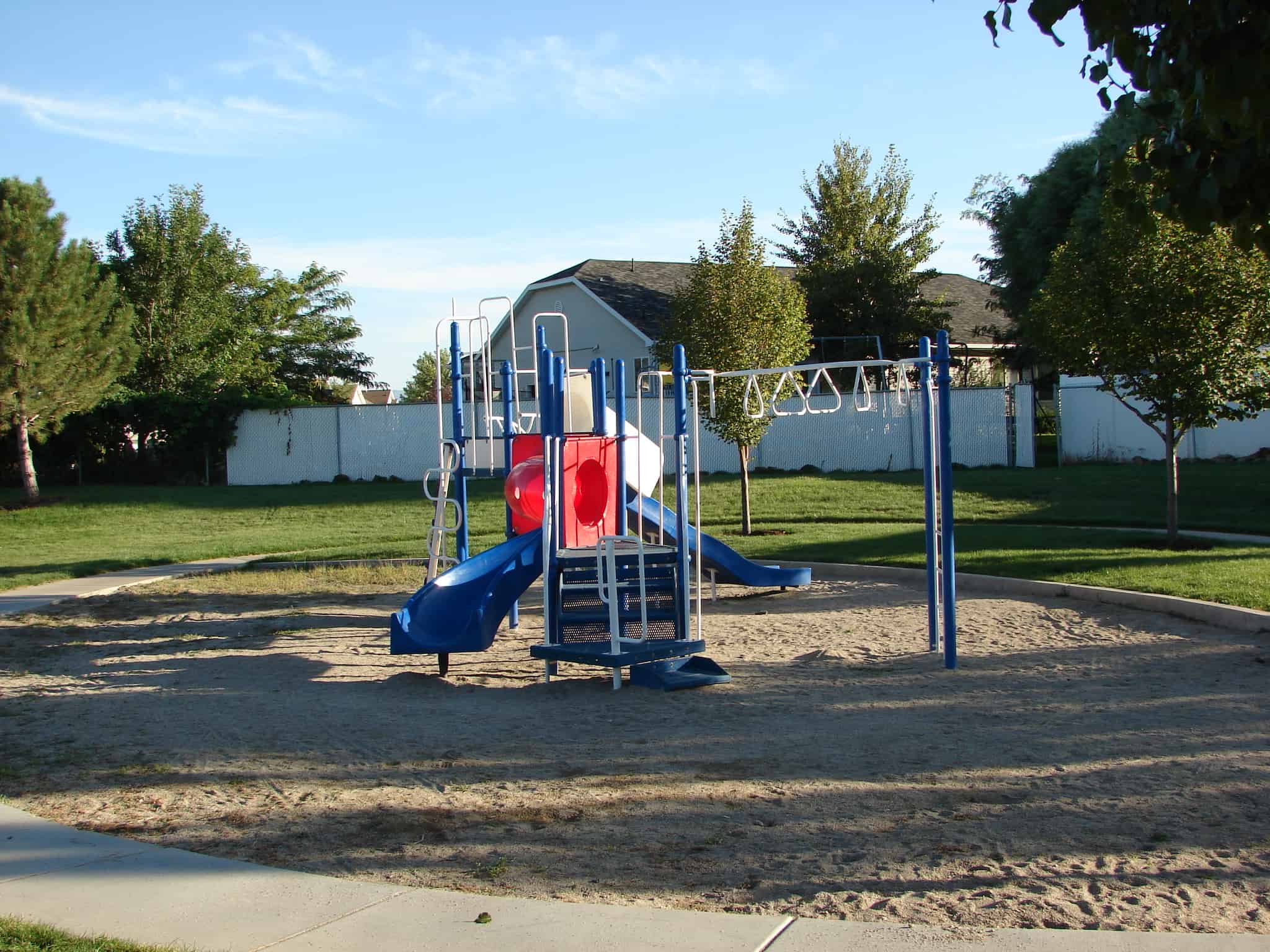 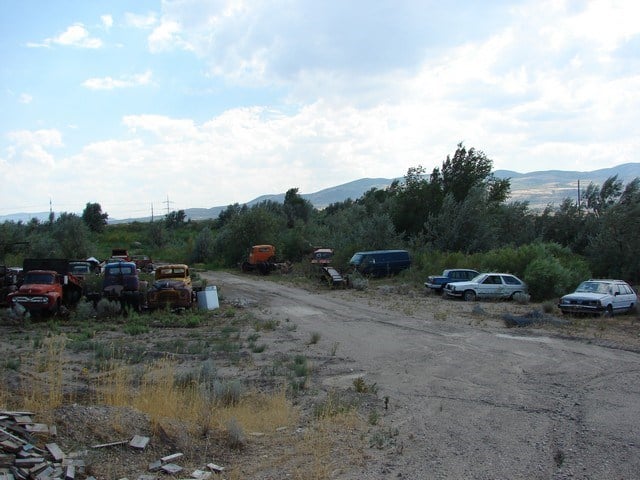 Olivers is another “map dot” or a place that used to be something and is now swallowed up in other towns.  It is in what is now Bluffdale.

On July 22, 1847, an advanced party of the first Mormon pioneers entered the valley and immediately began to irrigate land and explore the area with a view to establishing new settlements. Alexander Beckstead, a blacksmith from Ontario, Canada, moved his family to the West Jordan area in 1849, and became the first of his trade in the south Salt Lake Valley. He helped dig the first ditch to divert water from the Jordan River, powering Archibald Gardner’s flour mill. In 1859, Beckstead became the first settler of South Jordan by moving his family along the Jordan River where they lived in a dugout cut into the west bluffs above the river. The flood plain of the Jordan was level, and could be cleared for farming if a ditch was constructed to divert river water along the base of the west bluff. Beckstead and others created the 2.5-mile  “Beckstead Ditch”, parts of which are still in use as of 2010.

West Jordan received its name from Mormon settlers who entered the Salt Lake Valley in 1847 under the leadership of their prophet, Brigham Young. These first European-Americans thought of the area to be their Zion, or Holy Land, and thus named the river flowing west of their first settlement, Salt Lake City, the Western Jordan, a reference to the River Jordan in Israel. The name was later simplified to “Jordan River”. Like its Middle Eastern namesake, the Jordan River flows from a fresh water lake (Utah Lake) to an inland salt sea (Great Salt Lake). West Jordan was founded around 1849 on the western banks of the Jordan River.

One of the first sawmills in the area was built in 1850 in the city by Archibald Gardner. Gardner was a devout Mormon whose legacy can still be seen in modern West Jordan. His collection of mills and houses, now historic, have been renovated into a specialty shopping district known as Gardner Village.

Early West Jordan relied primarily on agriculture, mills, and mining activity to form the base of its economy. The first leather tannery west of the Mississippi River was constructed in the city in 1851.

Situated near the southern end of the Salt Lake Valley, Riverton is located on a low plateau west of the Jordan River approximately twenty miles south of Salt Lake City. For most of its history Riverton was an agricultural community, but widespread residential development that began in the late 1960s has largely transformed it into a bedroom community.

The earliest area settlers lived in scattered dugouts and primitive log houses bordering the river on the bottomlands. Archibald Gardner was the first person to live in Riverton, and early settlers paid tribute to his pioneering efforts in the mid-1850s by calling the area Gardnersville. The size of the settlement long remained small because water was available for the bottomlands only near the river. Begun in 1870 as a local cooperative undertaking, the South Jordan Canal, when completed in 1876, opened up the benchland to farming and settlement. The community expanded again when the larger Utah and Salt Lake Canal, financed wholly by Salt Lake County, was finished in 1881. Construction of these canals, which are still in use, was undertaken with only basic tools and contracted manual labor.

Riverton came under the jurisdiction of the West Jordan Precinct in its early years. In 1867 the settlement politically became part of the South Jordan Precinct. A judicial precinct was established locally in 1879, and the name of the small settlement, boasting little more than a hundred people, was officially changed from Gardnersville to Riverton.

Riverton’s residents reflected the predominant religious affiliation characteristic of most rural Utah towns. Much of the cultural, educational, and community life revolved around activities sponsored by the local wards of the Mormon Church. In the early years, Mormons met in the dugouts and log homes of members, often in the home of Nicholas Thomas Silcock, the community’s first branch president (called in 1870). Many of the activities and traditions in the community were initiated in a church setting during years when it was principally an agricultural community. As in other predominantly Mormon Utah communities, there was an overlapping and mixing of ecclesiastical and civic roles and actions. In 1886, with 233 members in thirty-five families, Riverton was organized as a ward with Orrin Porter Miller as its first bishop. Members met in a combination meetinghouse/schoolhouse which had been built in 1879. By 1900 there were 517 members (ninety-two families) and construction was begun on a new meetinghouse. Completed in 1908, this domed structure in the Romanesque style was designed by Richard Kletting and was generally recognized as one of the finest LDS meetinghouses in a rural setting. It was demolished in 1940.

Public schools in the community had their beginnings in private homes and in a one-room schoolhouse which was built in 1879. A two-story brick school was built in 1892 on Redwood Road; it served students through the eighth grade. In the mid-1920s a new elementary school and junior high school were constructed on this site. As population increased in the 1970s and 1980s, the Jordan School District constructed additional elementary schools and a middle school within the boundaries of the community.

In the decade of the 1890s, farming in Riverton underwent a transformation, shifting from simple farms supplying family needs to commercial farming. This paralleled a similar development in Utah agriculture. Although the farmer normally still owned his land, he specialized in what he grew or raised and used his cash profits to buy most of the things he needed. The local agricultural economy was severely tested during two extended periods of drought–one at the turn of the century and another in the early 1930s. Crops that were grown by commercial farmers in Riverton included alfalfa, sugar beets, tomatoes, and wheat. The livestock industry in Riverton was represented by sheep, dairy cows, and poultry. Commercial production and marketing of these agricultural and livestock products was accomplished through the establishment of various businesses, including an alfalfa feed mill, a canning factory, an egg-processing plant, and a dairy cooperative.

A central business district developed which was centered at the intersection of Redwood Road and “Herriman Road” (12,600 South). On the northeast corner of this intersection, a two-story commercial building was constructed by sheepman/developer Daniel Densley in 1893. Several businesses were accommodated on the first level of this building and the upper floor was used for dances, plays, and large community gatherings. Another sizable business was a retail store built by Thomas P. Page about the turn of the century. It was regarded for many years as the largest concern of its kind in the county outside Salt Lake City. The Page-Pixton (later Page-Hansen) store sold everything from building materials, coal, and dry goods to groceries, grain, and housewares. The Jordan Valley Bank was started in 1905 as a community bank. This bank was a casualty of the Great Depression, and many people suffered financially when it closed its doors. For a time, the town also housed many automobile dealerships.

Although the move was controversial, in 1946 Riverton incorporated, operating under a town board form of government. The most pressing problems which city officials have dealt with in the latter part of the twentieth century have been those associated with the rapid increase in the city’s population. To illustrate, in 1970 the city had a population of 2,820, a figure which expanded to 11,700 in 1992. This has made a tremendous difference in land use as farmland has been converted to residential use. This change is great in view of the fact that approximately 94 percent of Riverton’s land was agricultural in 1960. Riverton has increasingly become a popular country-style suburb, an inevitable development as a consequence of the Salt Lake Valley’s expanding population.