The nearest better known place would be Cisco, Utah.

Above Castle Valley to the east, Adobe Mesa according to Utah Place Names

the name is a corruption of the name Doby Brown, a man who homesteaded in the area.

I’ve read several articles online about the King America, King World carving (1935) in Moab and have really wanted to find it because it is the kind of thing I am fascinated by.

I looked for this location many times, learning that it was where the King World Water Park used to be, over behind the Arthur Taylor House / Moab Springs Ranch. The Water Park being named after the carving. I finally learned that the rock that was carved was moved over to the hospital in town and was able to go see it.

This historic marker is located in the Old City Park in Moab, Utah.

About 1750 the Old Spanish Trail was formed as a means to reach Ute Indian country where New Mexican corn, tobacco, blankets, iron tools for pelts, deer skins, and slaves were traded. Immigrants and Mountain Men pushed the trail into California in 1830. A yearly trading expedition between New Mexico and California began. California miles and horses were traded for New Mexico wool and cotton woven goods. Up to 200 men with pack animals engaged in this trade which became important to the economy of New Mexico, providing miles to trade to the United States and deer hides to trade to Chihuahua, Mexico. Wagons eventually replaced the pack animals. The route avoided deep canyons and unfriendly natives to the south. Today, highways follow much of the route.

The spring located here was a major water source for the mail or south branch of the trail. The north branch through western Colorado joined the south just east of Green River. 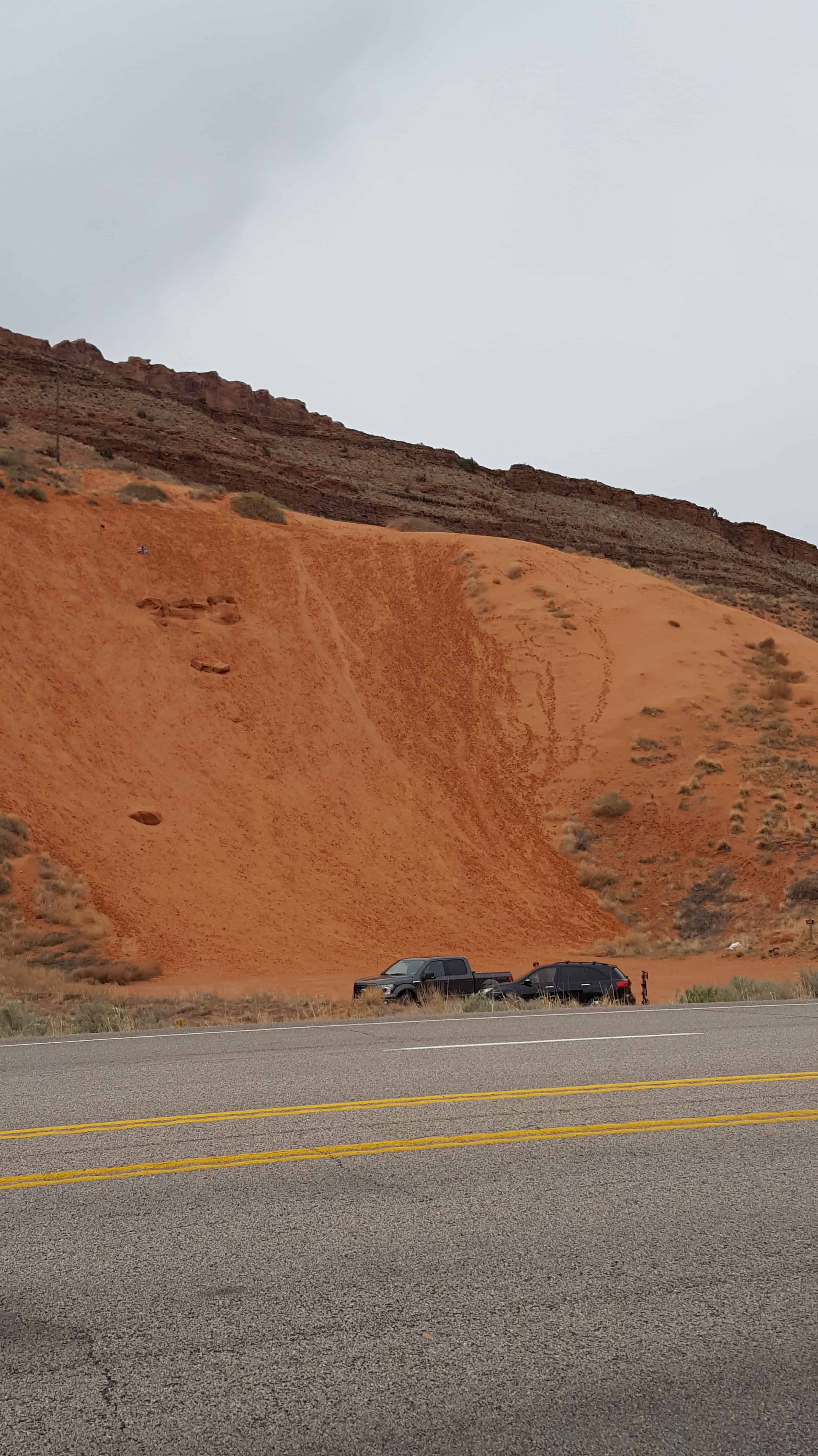 North of Moab near the entrance to Arches National Park is a huge, steep hill of sand that usually has people hiking up to roll/fall/jump down.   It’s a good place to stop and let everyone get sandy and playful after a long drive. 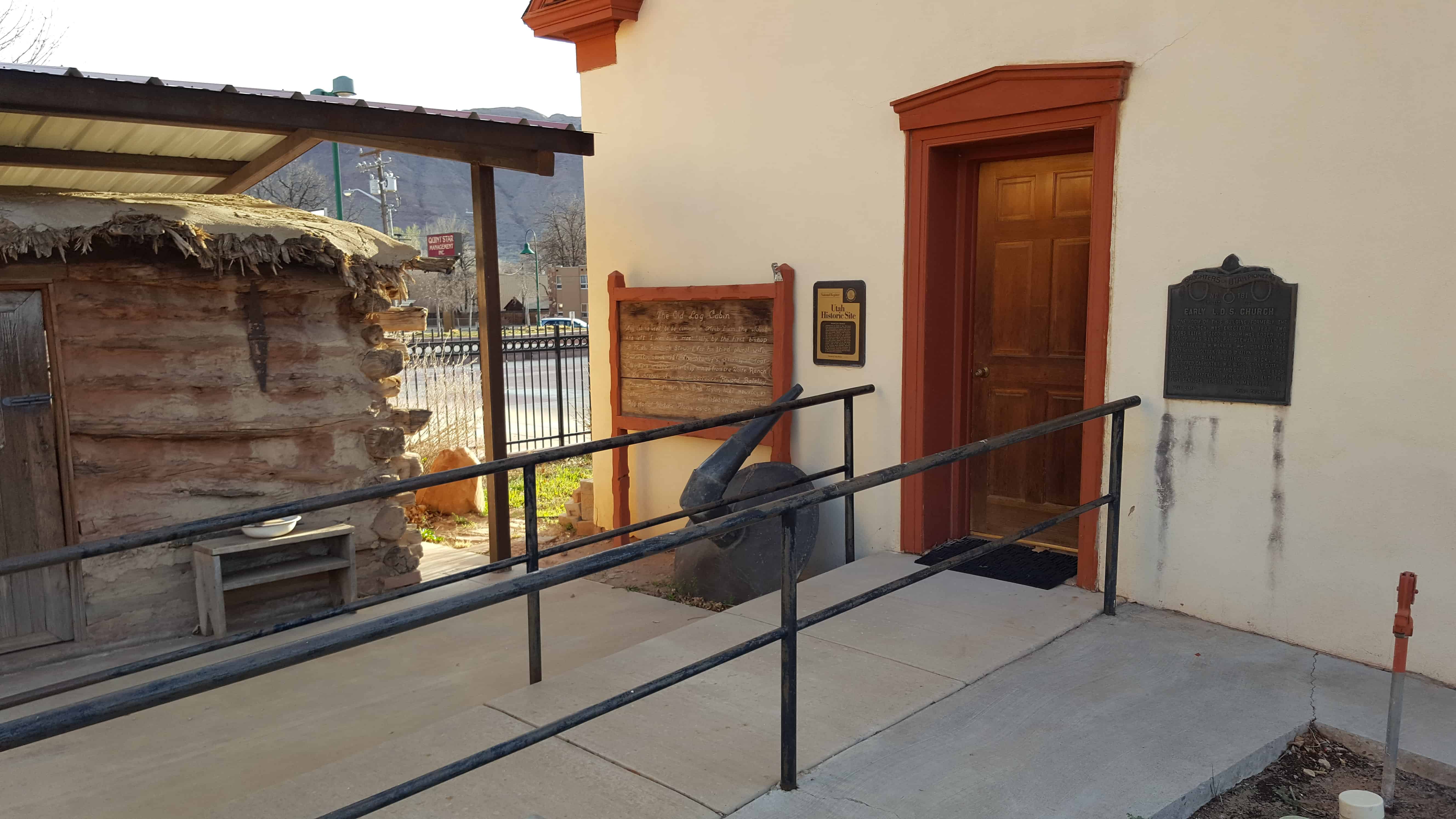 One room of this building, formerly the L.D.S. church, was erected in 1888. Two years later a second room was added. The Bishop was Randolph Stewart; Building Committee: O.W. Warner, who donated the land, Henry Holyoak, and O.D. Allen. Supervisors were Hyrum Allen, hauling of rock; J.H. Standifred, carpentry; W.J. Bliss, stone cutting; Angus M. Stocks, stone and adobe laying. Labor, money and materials were donated and the first services were held in May, 1889. 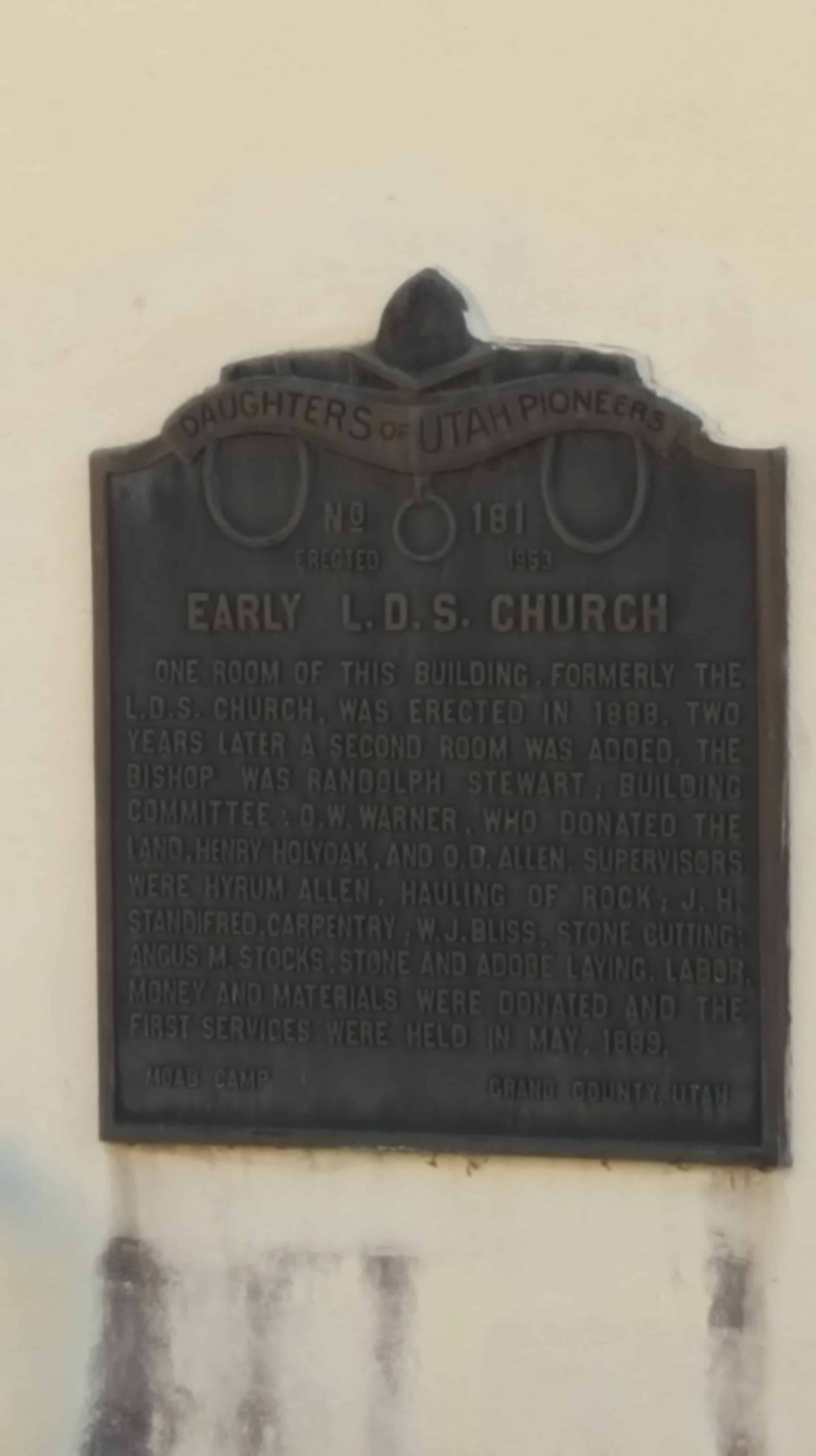 In April 1855, forty-one men under the leadership of Alfred N. Billings were called to establish a mission in the Elk Mountains. They left Salt Lake City May 7, 1855, arriving at Grand River June 11, and selected the site for a fort. By July 15, they had built a fort 64 feet square, with stone walls, 12 feet high, 4 feet at the base and 1 & 1/2 feet at the top. Three of the pioneers, James. W. Hunt, Edward Edwards and William Behunin were buried within the fort which was located about 800 feet from this monument. 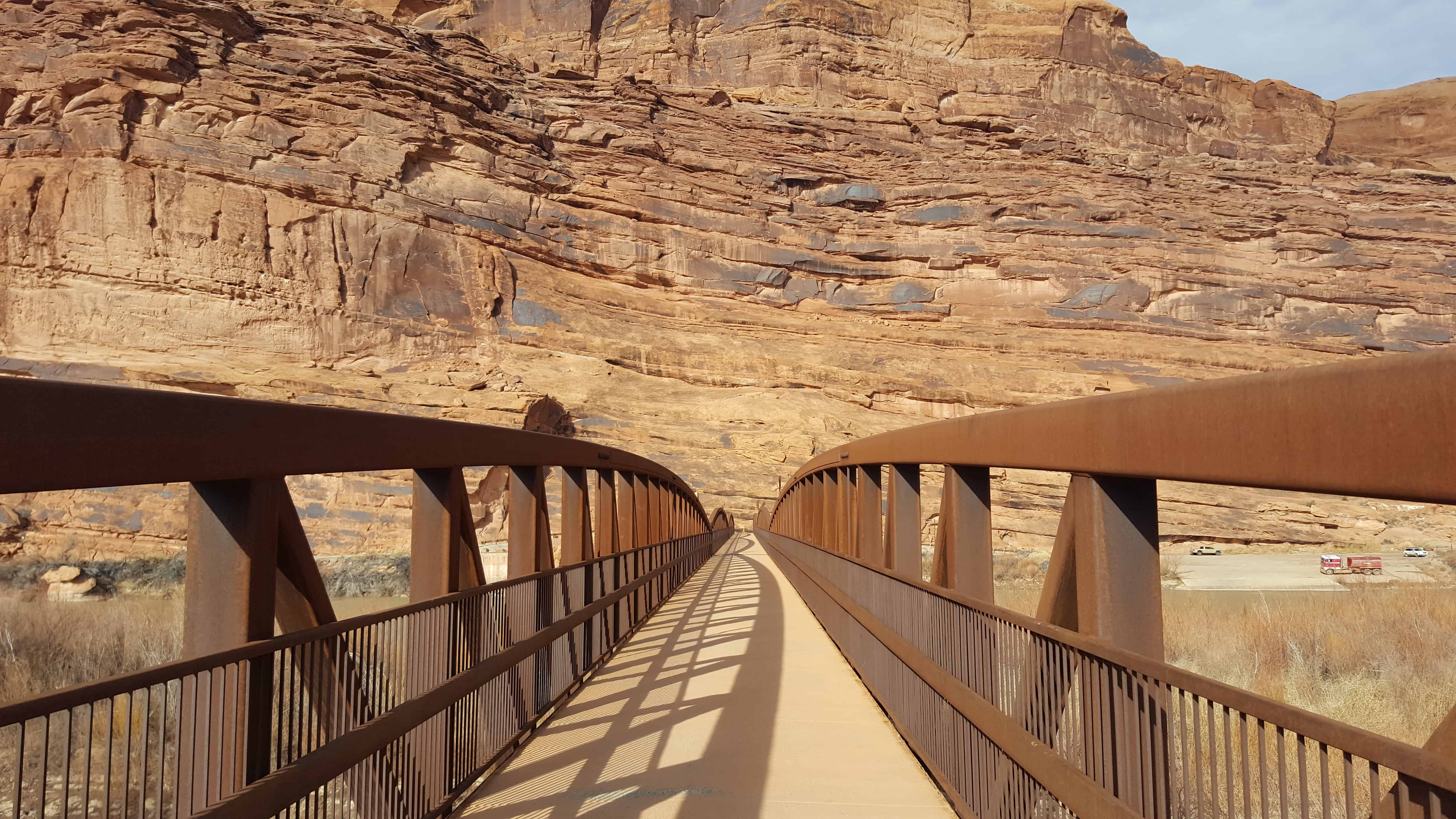 The park has a grassy area, picnic tables, a pedestrian bridge over the river, as well as trails for walking and biking. 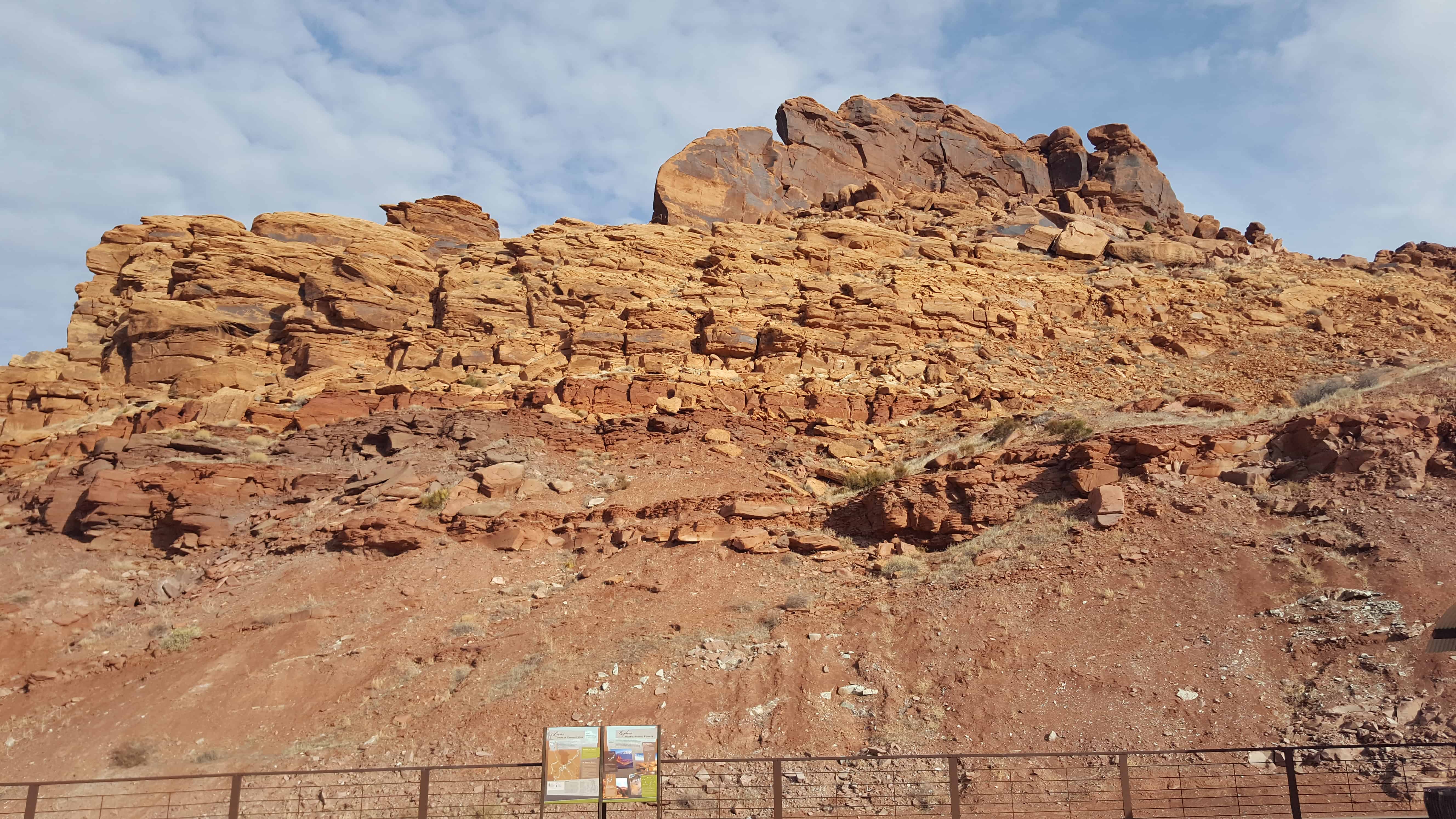 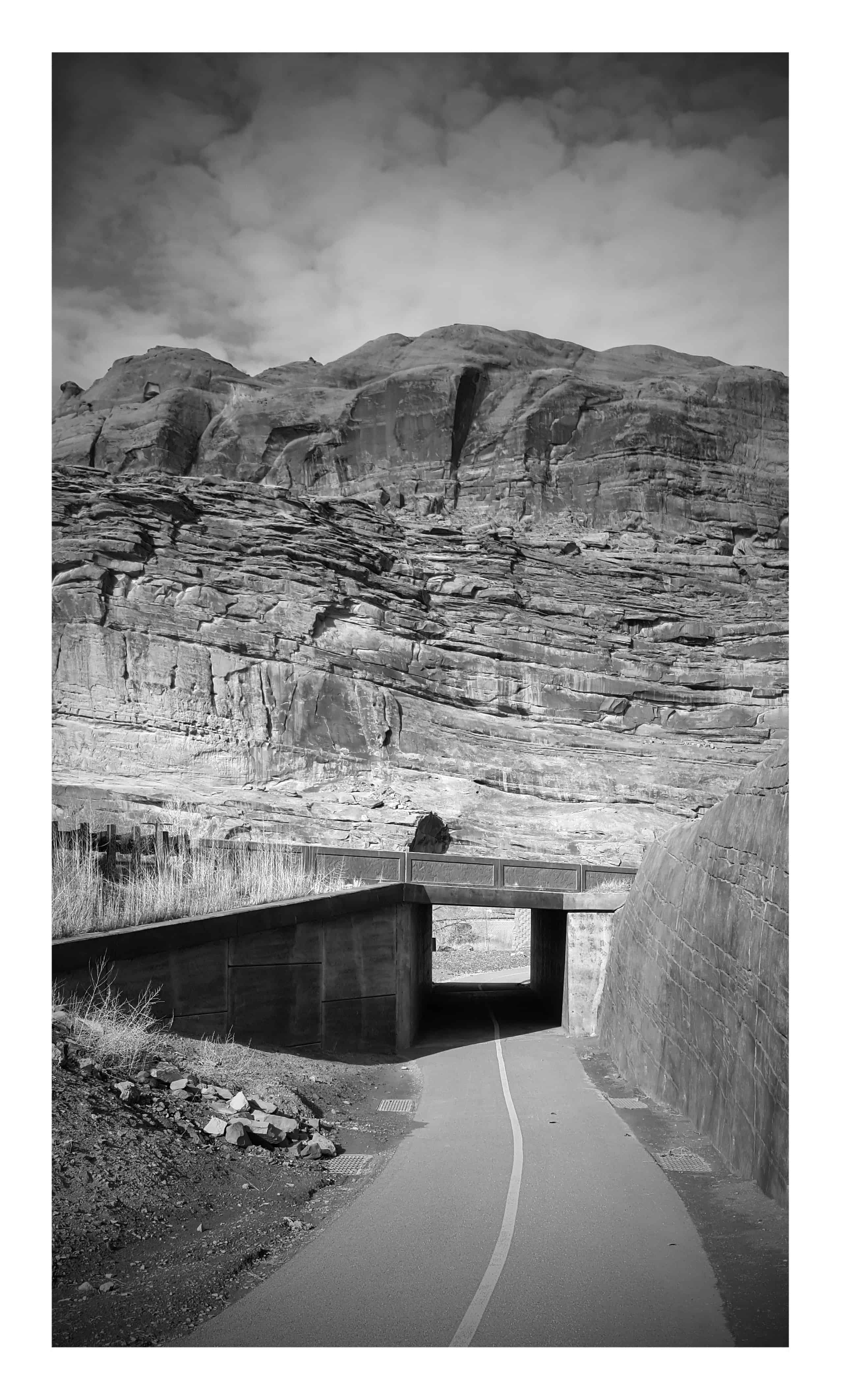