Orin Porter Rockwell was born on June 28, 1813 in Belcher, Hampshire county, Massachusetts to Orin Rockwell and Sarah Witt Rockwell. Known as the “Destroying Angel” he was bodyguard to the prophet Joseph Smith and later to Brigham Young. Porter had a ranch west of Cherry Creek, known as Rockwell’s Ranch. It is from this ranch that we obtained the cabin. Porter was said to have lived in the cabin south of the ranch house hear a big pond and lots of water. During winter, blocks of ice were cut from the pond and stored in an ice house, built with thick walls filled with sawdust for use in the summer months. Porter had a nice orchard and grew cantaloupe and watermelons. Rumor has it that at night he would walk around the cabin and orchard talking to himself. Some say he talked to ‘ghosts’. Orin Porter Rockwell died on June 9, 1878 in Salt Lake City of natural causes and was buried in a Salt Lake City cemetery.

Located on Main Street in the small town of Eureka Utah is the Tintic Mining Museum. This Museum is filled with relics from this towns history dating back to the late 1800’s. As you make your way through the museum you can view several of the minerals that are common to this area. Exhibits of old mining tools, mining relics and other historical artifacts are on display.

There’s an abandoned train tunnel off the Elberta Slant Road where the old railroad grade to Eureka was, it’s a fun place to go drive a Jeep through, I’ve taken many people there just for the fun of driving through a train tunnel. 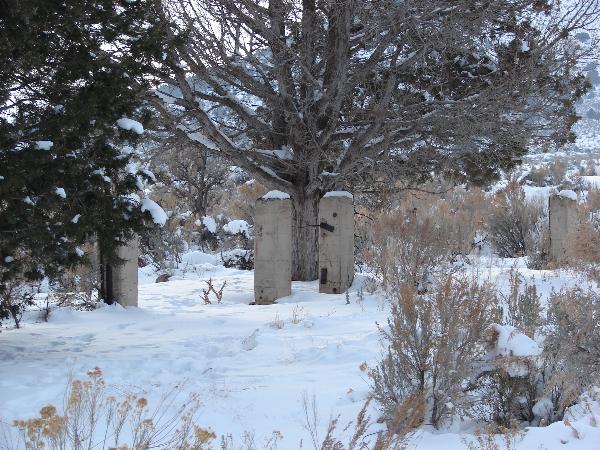 Homansville was a small mining town established in 1872 at the head of Homansville Canyon, two miles northeast of Eureka. It was named for Sheppard Homans, a member of Captian J.W. Gunnison’s party during the 1870’s. The population was about 300.

The town was abandoned prior to 1900 and today is a ghost town site.

Dividend was a one of the mining communities down the hill just east of Eureka.

This building, designed by architect Richard C. Watkins, served as the Eureka L.D.S. Ward Meetinghouse from its construction in 1902 until 1976. It was dedicated in 1903 by Apostle Reed Smoot. The Gothic Revival Style building has been an important part of the religious history of the Tintic Mining Area. The structure, including windows and the tower which had been changed, was restored by the Ferrel Thomas family in 1988.

Constructed in 1891 with funds secured from local Methodists and the Mission Conference of 1890, this building is important in documenting the religious life of Eureka and Tintic. Methodism began in Tintic when Dr. Thomas C. Iliff visited and preached on June 18, 1890. Reverend W. A. Hunt was appointed first pastor and succeeded by Dr. J. D. Gillilan who finished the church structure. The Gothic style tower houses the original Bell. 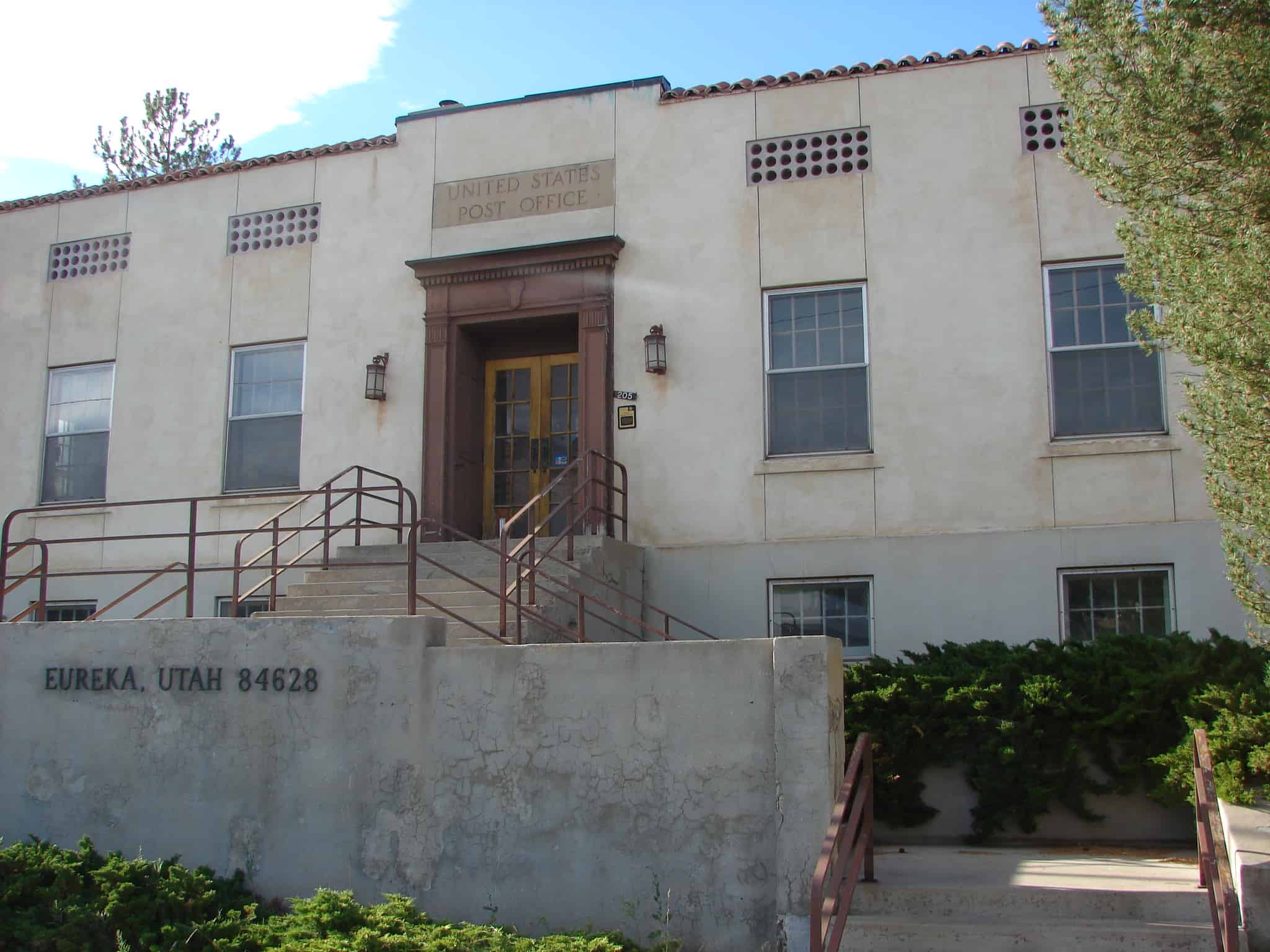 The Eureka Post Office was constructed in 1922 by the United States Government for the commercial center of the Tintic Mining District. James A. Wetmore served as “Acting Supervisory Architect.” The structure represents the only example of the Spanish Colonial Revival style in the Tintic area. It continues to serve its original function. Listed in the National Register of Historic Places on March 14, 1979.

Constructed in 1909-1910 by the Benevolent and Protective Order of the Elks, Tintic Lodge #711 was designed by architects Richard C. Watkins and John F. Birch and built by contractor Martin E. Anderson, a Logan contractor. Cost of the building was $30,000. The meeting hall for the Elks Lodge was on the upper floor, with rooms rented to doctors, lawyers, etc., and the lower floor was rented, initially to the Hefferman-Thompson (general merchandise) Company. Later, it was occupied by Norman and Jensen and J.C. Penneys. The small structure on the west was added sometime between 1910-1923, and in 1929 the second story, five rooms for office suites, was built. At that time the lower floor of the small building was occupied by the Eureka Mercantile Commission Company. The Elks “Tintic Lodge” was organized June 20, 1901.

The Eureka City Hall was built in 1899 by the Eureka City government and functioned as the offices for city court, mayor, sheriff, recorder, treasurer, council chamber and city volunteer fire department. John J. Pilgrim, a city official, drew the plans and specifications for $100 and Adams and Sons of Eureka built it for $4,400. Eureka City Hall still serves the same function except the courtroom and most of the second floor now house the Tintic Mining Museum sponsored by the Tintic Historical Society. It was listed in the National Register of Historic Places in March 14, 1979, as part of the Eureka Historic District.